Everybody knows that my boys love to sleep. Dexter will turn three next month and on the whole he sleeps twelve hours a night as well as having a decent two hour nap during the day. Felix started sleeping through ridiculously early, and despite people telling me it wasn’t natural, I wasn’t about to wake him. I am a baby led parent through and through: if he’s happy to sleep and gaining weight, I’m happy to let him be.

Felix turned four months old earlier this month and I was intrigued to see how the 4 month sleep regression would affect him. Before he turned four months he was sleeping through the night and for the majority of the day too, having three or four awake periods of about 45 minutes each.

What is the 4 Month Sleep Regression?

At around four months old, babies have a huge growth spurt and the way they sleep changes forever. As adults there are four stages of sleep but sleep for infants is much simpler with only two stages. During the growth spurt and mental leap at four months of age, all of this changes and babies who suddenly were able to sleep through anything, are now woken by the lightest sound and feel the need to feed more frequently to keep up with the growth.

Read more about this here: https://www.nestedbean.com/blogs/zen-blog/4-month-sleep-regression 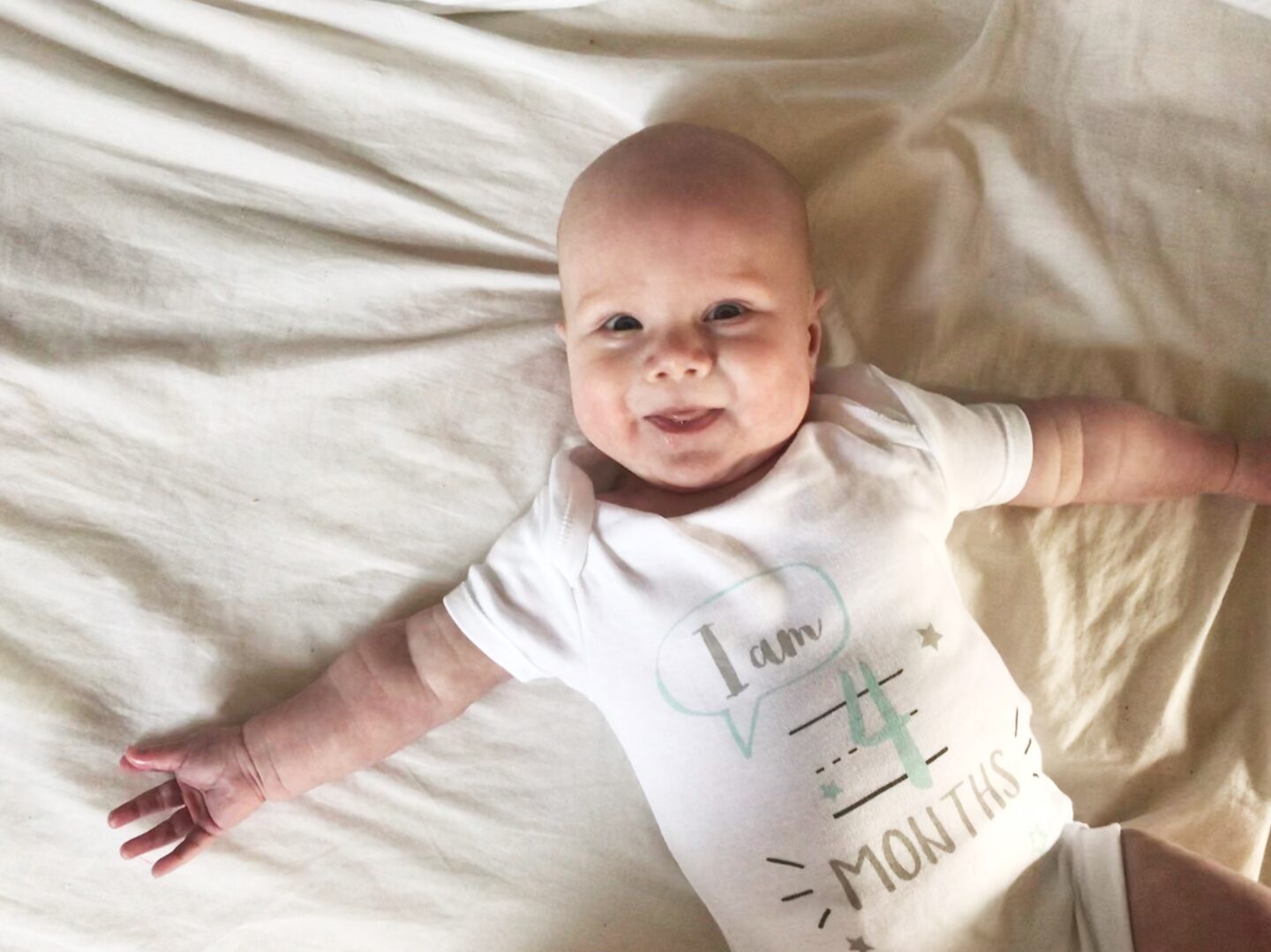 Related Post: Helping Your Toddler to Sleep With Lumie

What are the Signs Baby is in Sleep Regression?

What’s Been Our Experience of the 4 Month Sleep Regression?

Thankfully, so far, Felix is still sleeping through the night, no doubt due to the fact that he consumes all that he requires during the day. He currently has five bottles of 8oz and drains most of them. However, the battle for sleep has come during the day. Whereas before I’d be able to put him down next to me in bed or his cot for a nap and he’d fall asleep instantly, leaving me free to leave him (safely) to do jobs, he’s now fighting naps, much more interested in looking around and if I try to move once he is asleep, he wakes instantly.

I read online that the four month sleep regression is likely to coincide with baby learning how to roll over, and in our case this is true. Felix started rolling from front to back only a couple of days before the sleep regression hit and we’ve noticed in the evenings he is trying so hard to fight sleep by trying to roll from back to front, as well as rubbing his face with his fists and using his thumbs to force the dummy out of his mouth.

Some evenings, he will simply sit and stare at us for hours, you can see that he is desperately tired, but he continues to look at and study us. It’s pretty clear that he has suddenly become so much more switched on and is desperate to look at everything and not miss out. 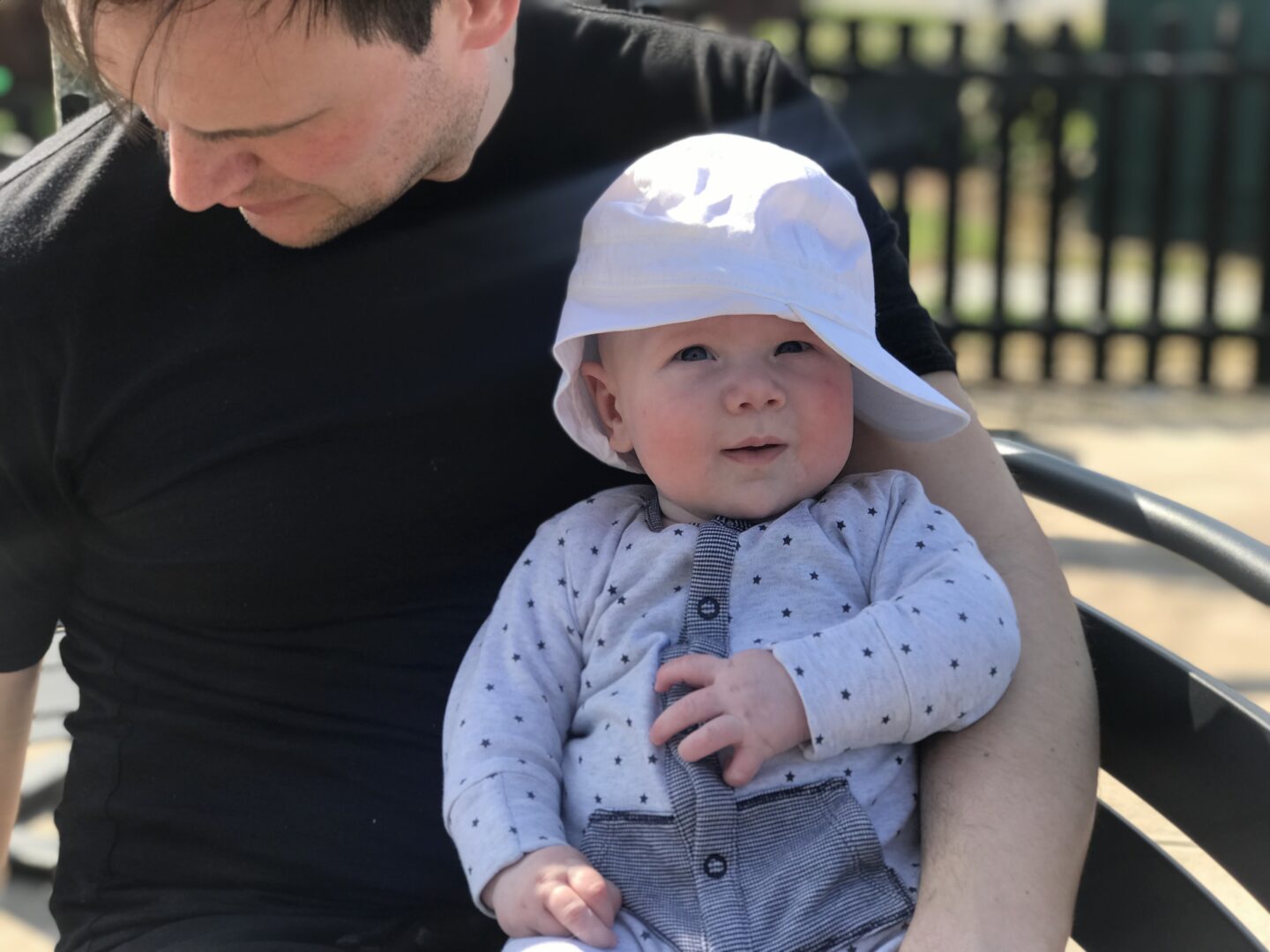 Related Post: How to Find the Perfect Nap Time Routine

We always do everything we can to help Felix sleep, we put him in bed with us for the first part of the night (until we fall asleep) and he comes in with us after 4am when he wakes up singing. We cuddle him, use a dummy and use a comforter too. We also drape a muslin near to his eye level so he can study that and often we hold hands with him or let him study our hands in front of his face until he gently drifts off.

Some evenings or late afternoons sleep truly eludes him, no matter what we do and it results in a fussy, upset baby who screams the most horrid high pitched sound and gets himself into a right state. It’s so important to me that he sleeps because I know he needs it, so we do everything we can to help him get there. I’m not in a rush to get him into his own room and will make the transition when we are both ready. (With Dexter we were constantly disturbing him morning and night and the transition came very naturally) 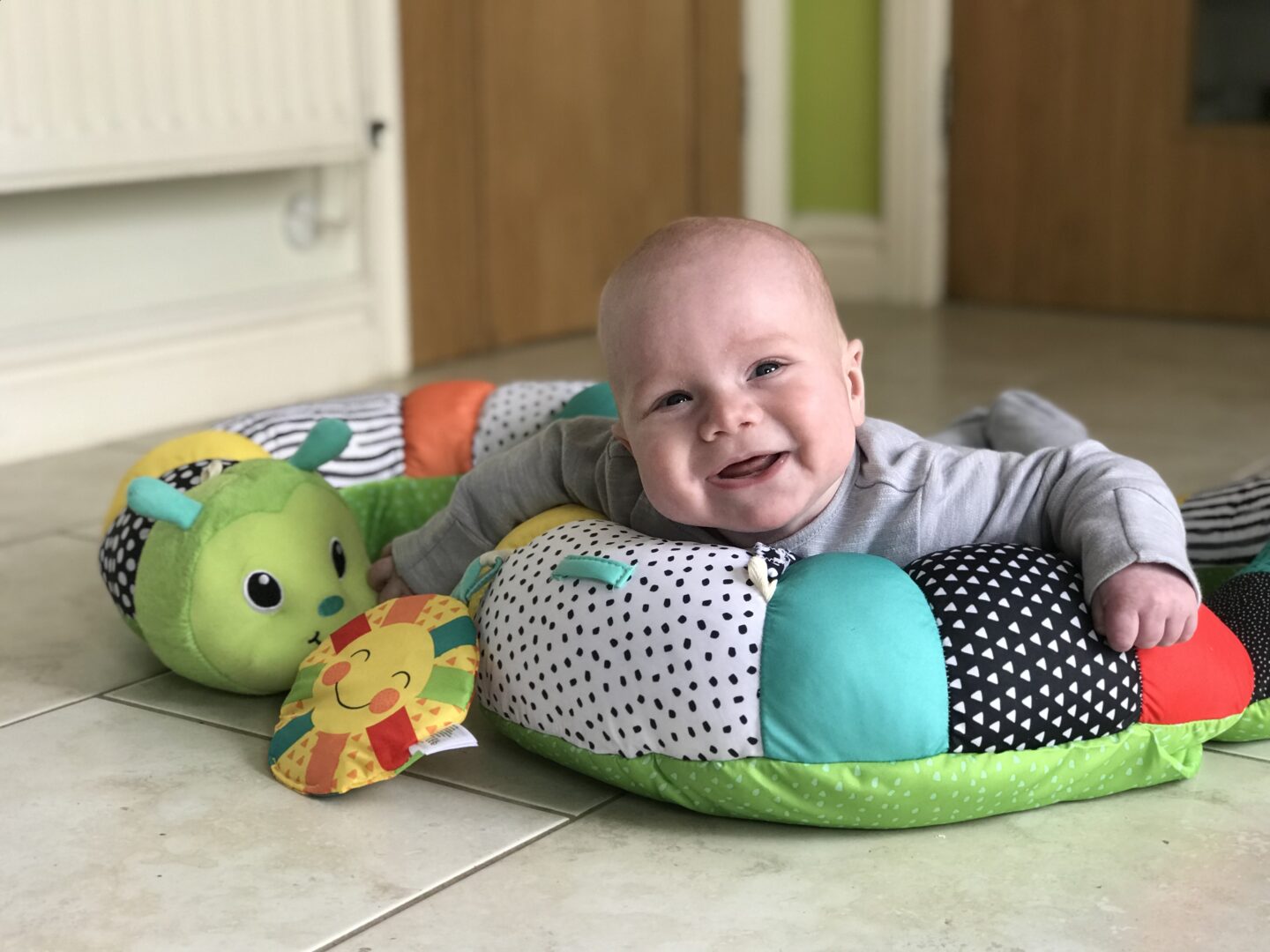 So, although lucky he isn’t waking at night, it has been hard to see him so unsettled these past few weeks. It also means one of us spending a lot of time trying to help him sleep meaning we don’t get to spend as much time with Dex. It’s been fine the past couple of weeks as my husband has been off work, but this week will be challenging now I’m back to solo parenting. I’m hoping the lack of routine of the past couple of weeks has also had an effect and being back in routine tomorrow will help him be more settled during the day again.

What has been your experience of the four month sleep regression?