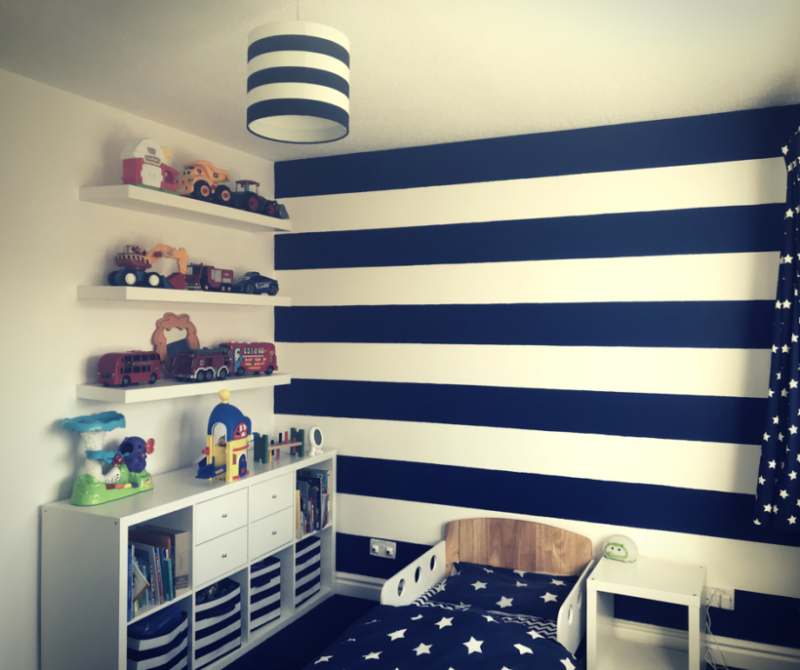 We’ve been in our new home for six months now and during this time Dexter has been in one the back bedrooms while we decided what we were going to do with the front bedroom which we had earmarked to be his toddler bedroom.

The front bedroom was originally the master before the previous owners did the extension making the new bedroom created above the old garage the new master. The front bedroom is a pretty big room which used to have an en-suite attached to it and has two glorious windows looking out on to our little cul de sac.

The room had been left in quite a state by the previous owners. A huge oak wardrobe took up a massive amount of space and the walls had hundreds of holes in from where they’d placed TVs and computer monitors. The bedroom had been painted both red and light blue and the paint was peeling in the corners of the room. There were shelves all over the room which had been both screwed and glued onto the walls. It was going to be a long job to get all the holes filled and the walls looking smooth before getting good few coats of paint on them to cover it all up, which is why we hired a decorator. The floor was a laminate wooden flooring which meant that ever y step, thud and bounce could be heard from the rooms below and literally sounded as though someone was about to come crashing through the ceiling. The skirting board housed many screws where wires had been secured to it. The room was a mess.

Related Post: How to Make Moving House Easy for Your Toddler

Before our decorator came, we sold the wardrobe on Facebook for a minimal amount of money and got to cleaning the space which it left which was covered in dust and cobwebs. We ripped down the blinds from the window and took down the half broken curtain rails which had been left behind. We ripped out the shelves off the wall (with quite a lot of force!) and pulled out all the screws and nails which had been left behind in the walls and skirting boards.

We had decided on a nautical theme to go with Dexter’s nautical boat bed which we purchased last year from Wayfair. Our decorator painted the room white with Valspar paint, which took four coats of paint and then on one wall painted navy blue stripes in Valspar’s Epic Adventure to complete the nautical look. We carpeted the room with a soft navy blue carpet and purchased the majority of the furniture from Ikea to keep the room as simple as possible whilst being toddler friendly. We finished off the room with some navy blue black out curtains from John Lewis and a navy blue striped lampshade from B&Q. 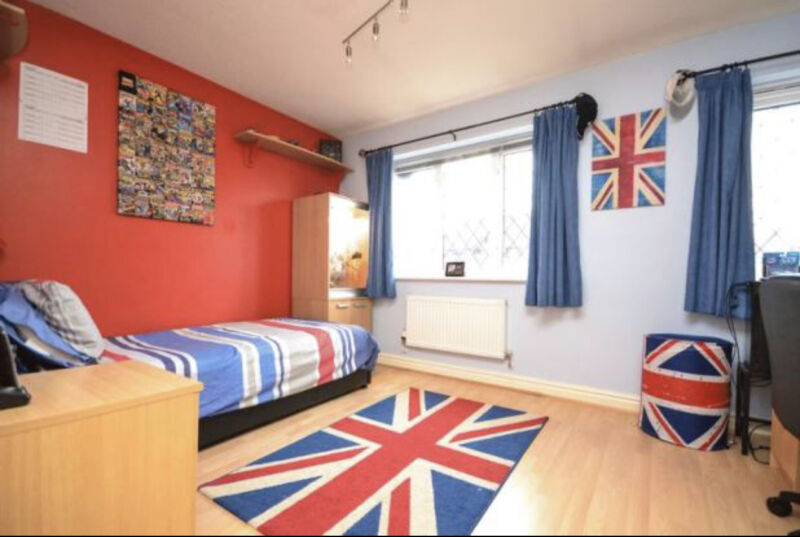 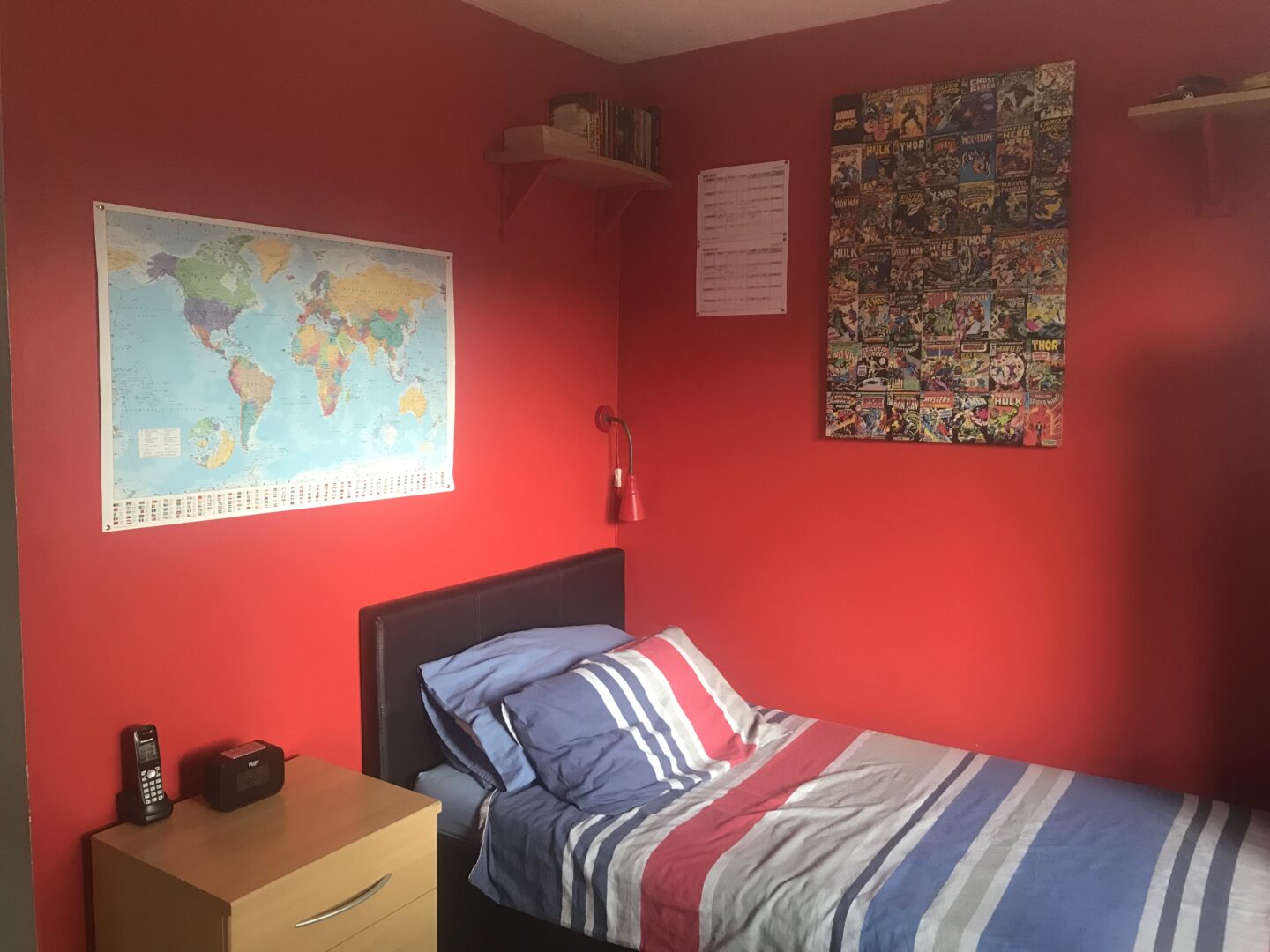 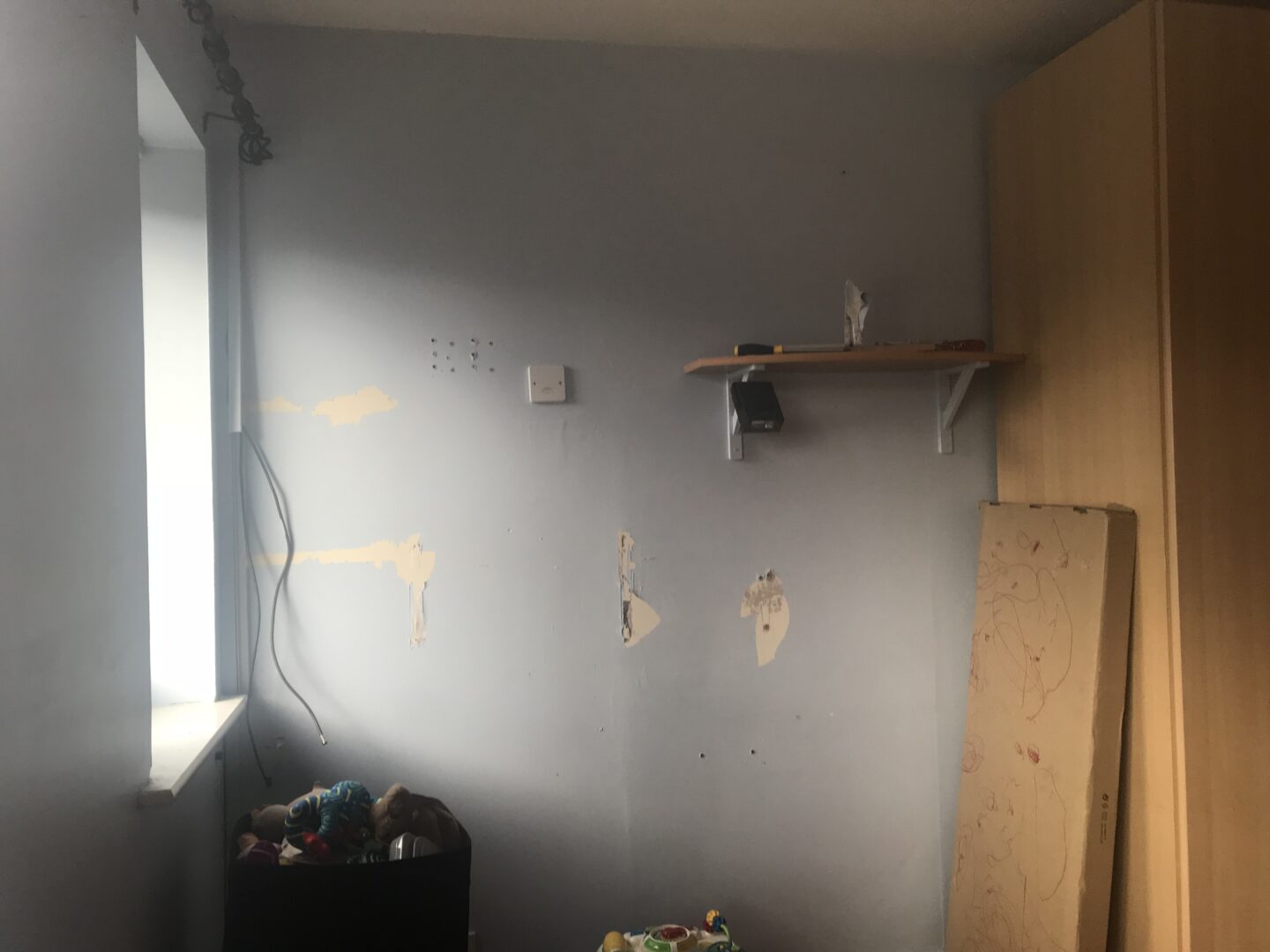 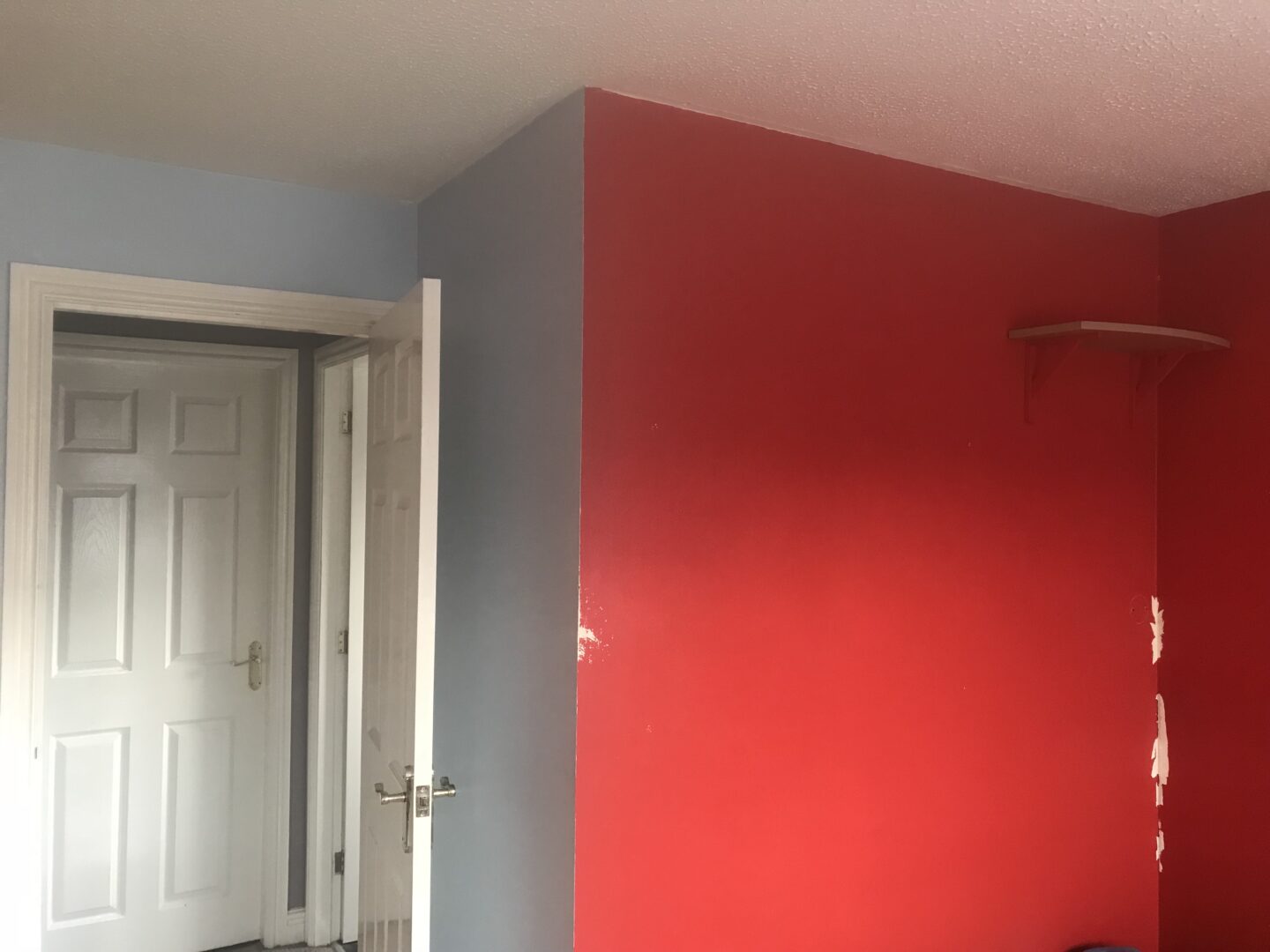 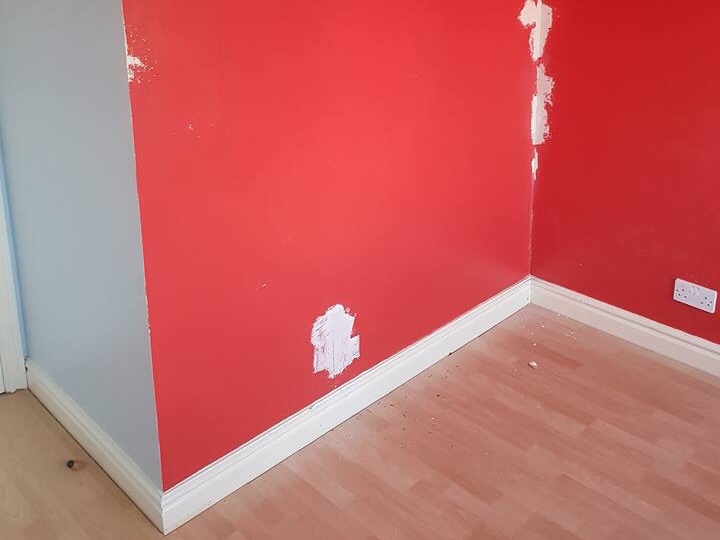 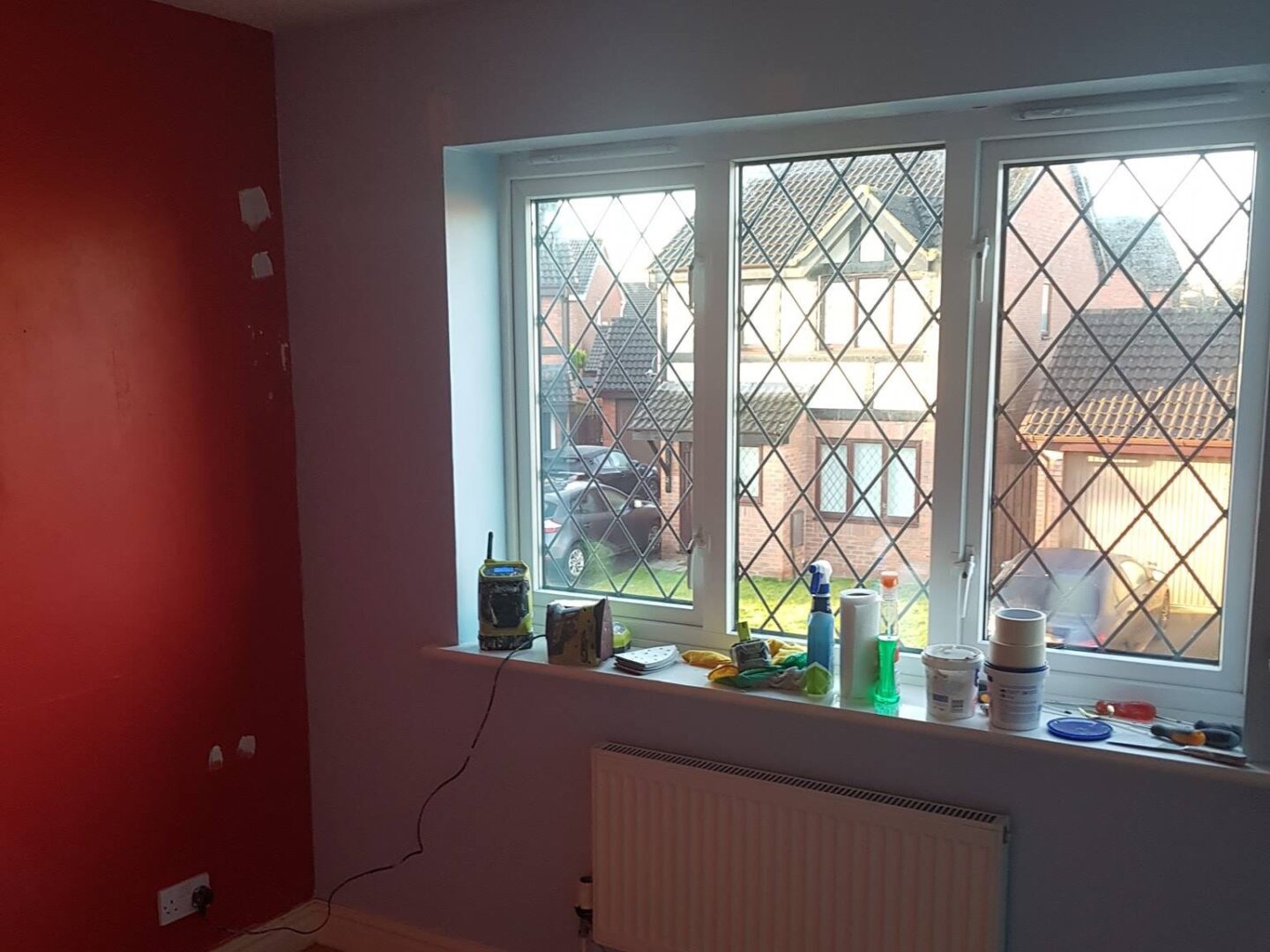 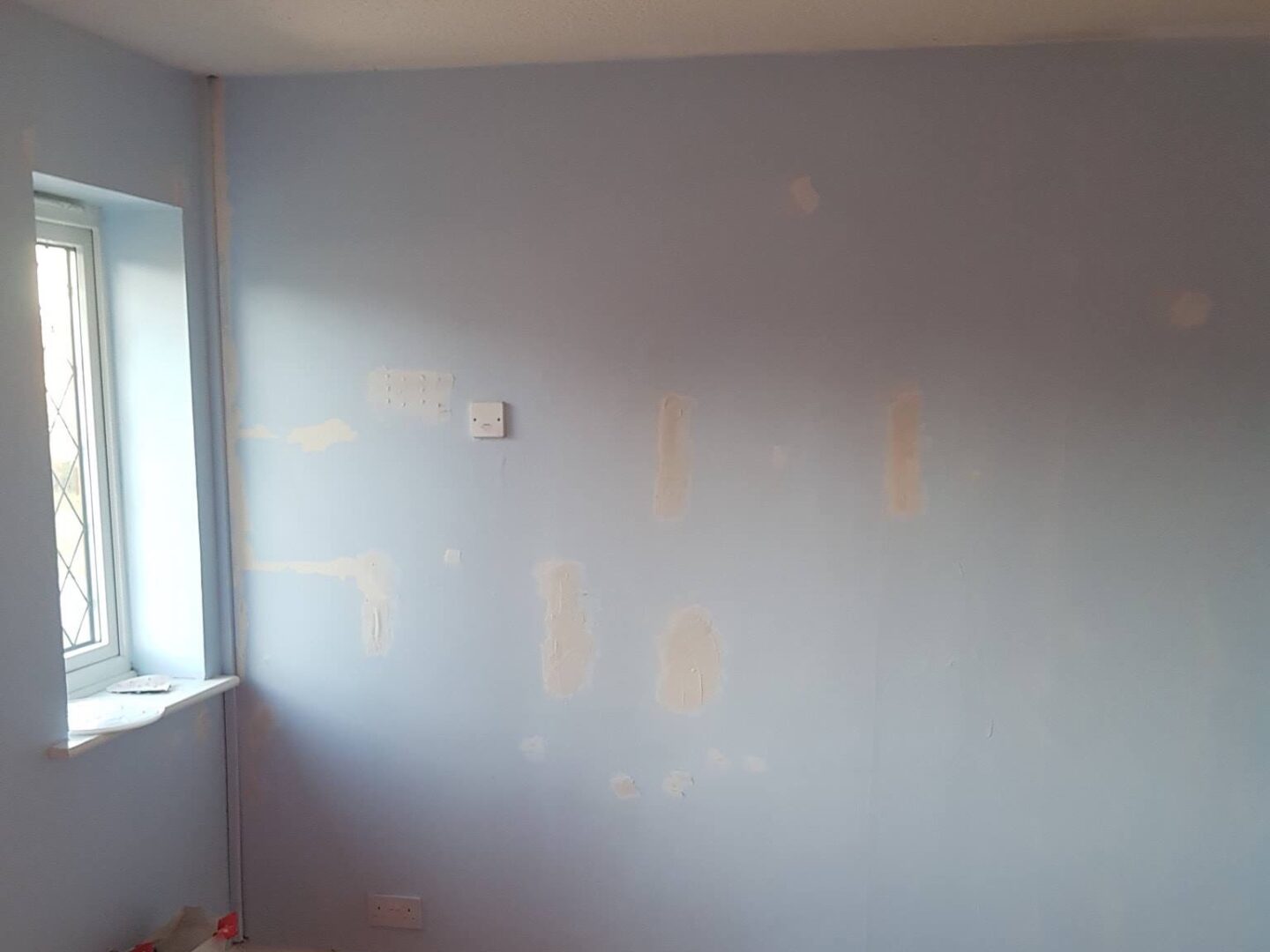 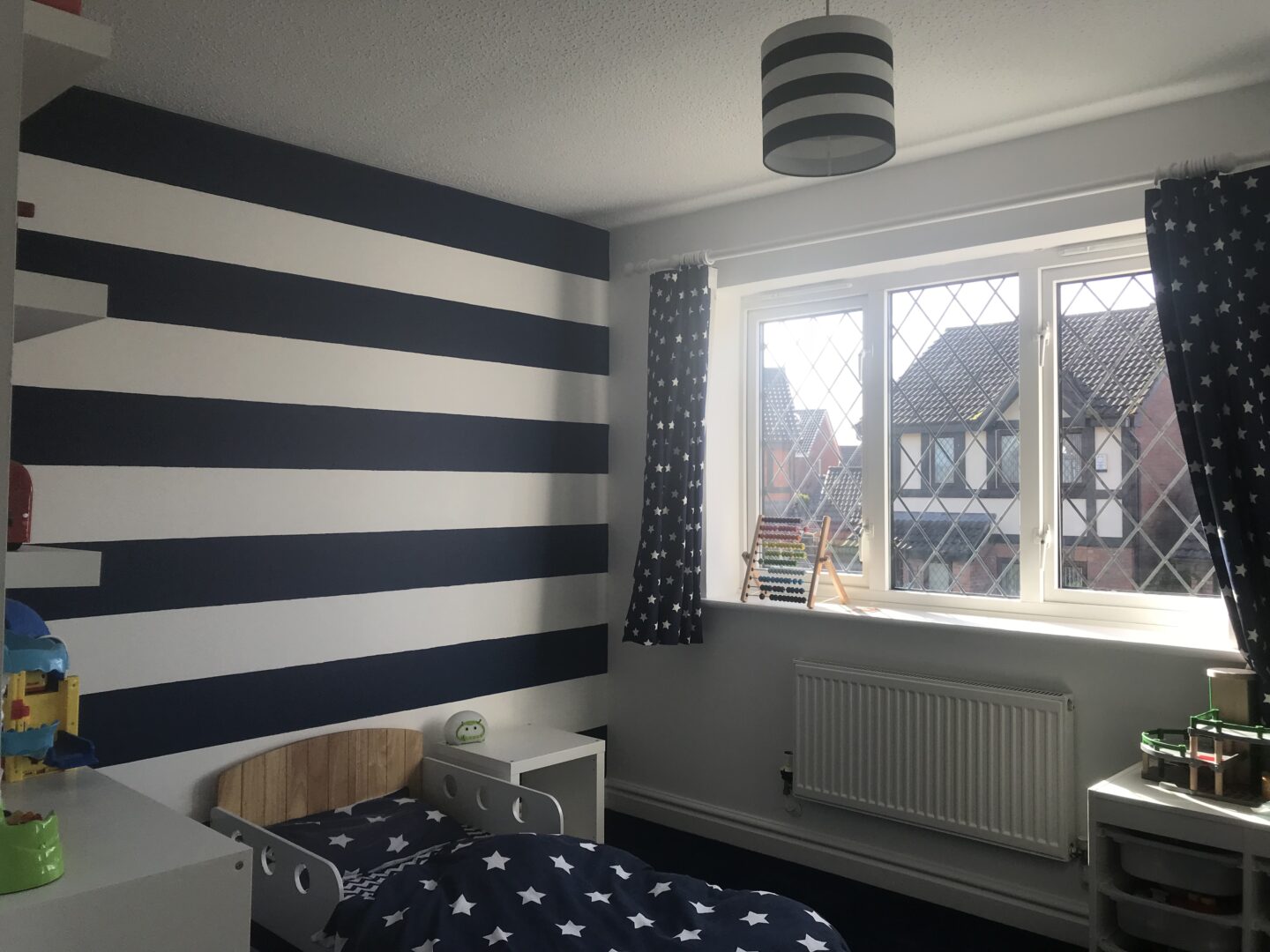 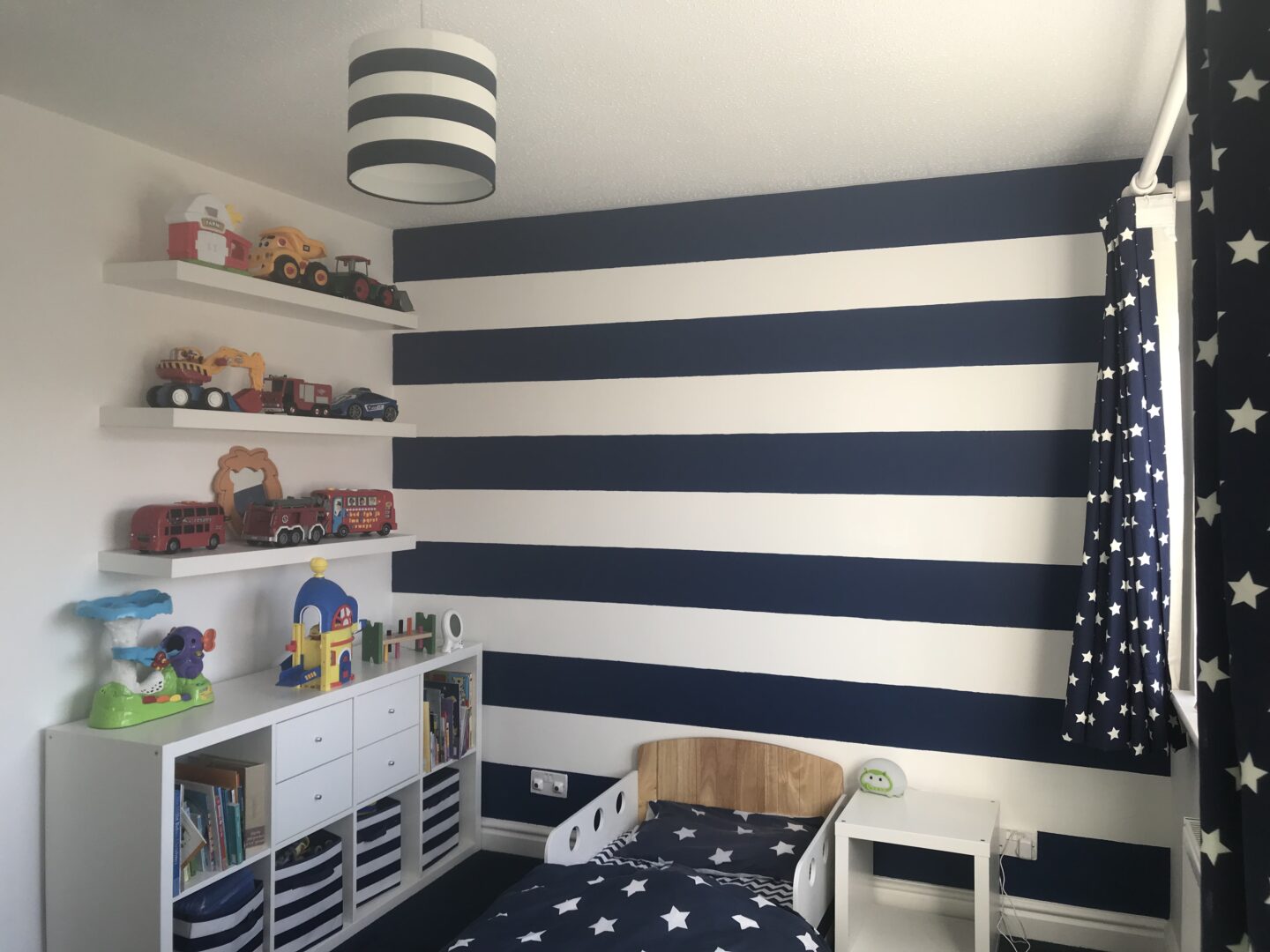 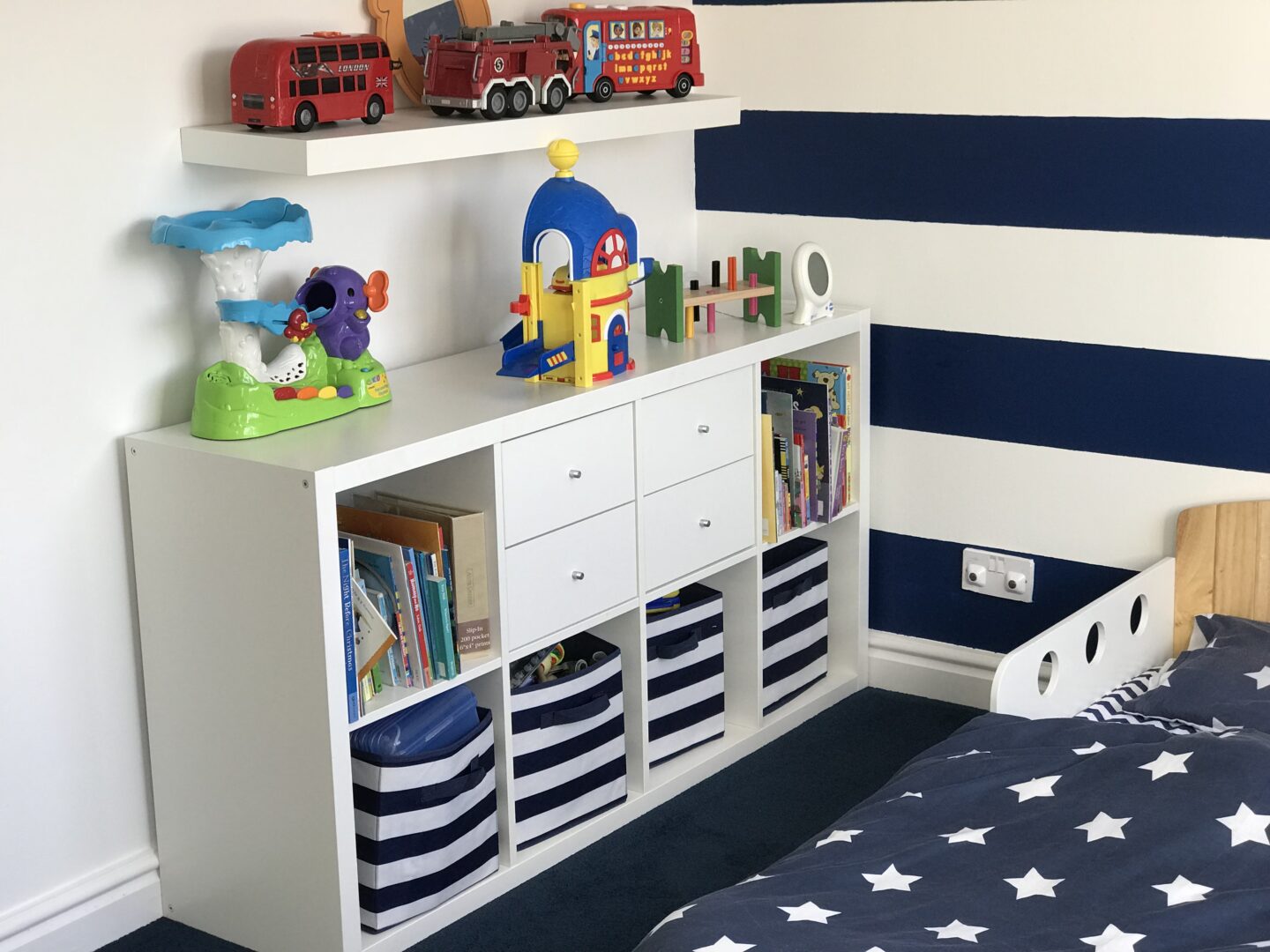 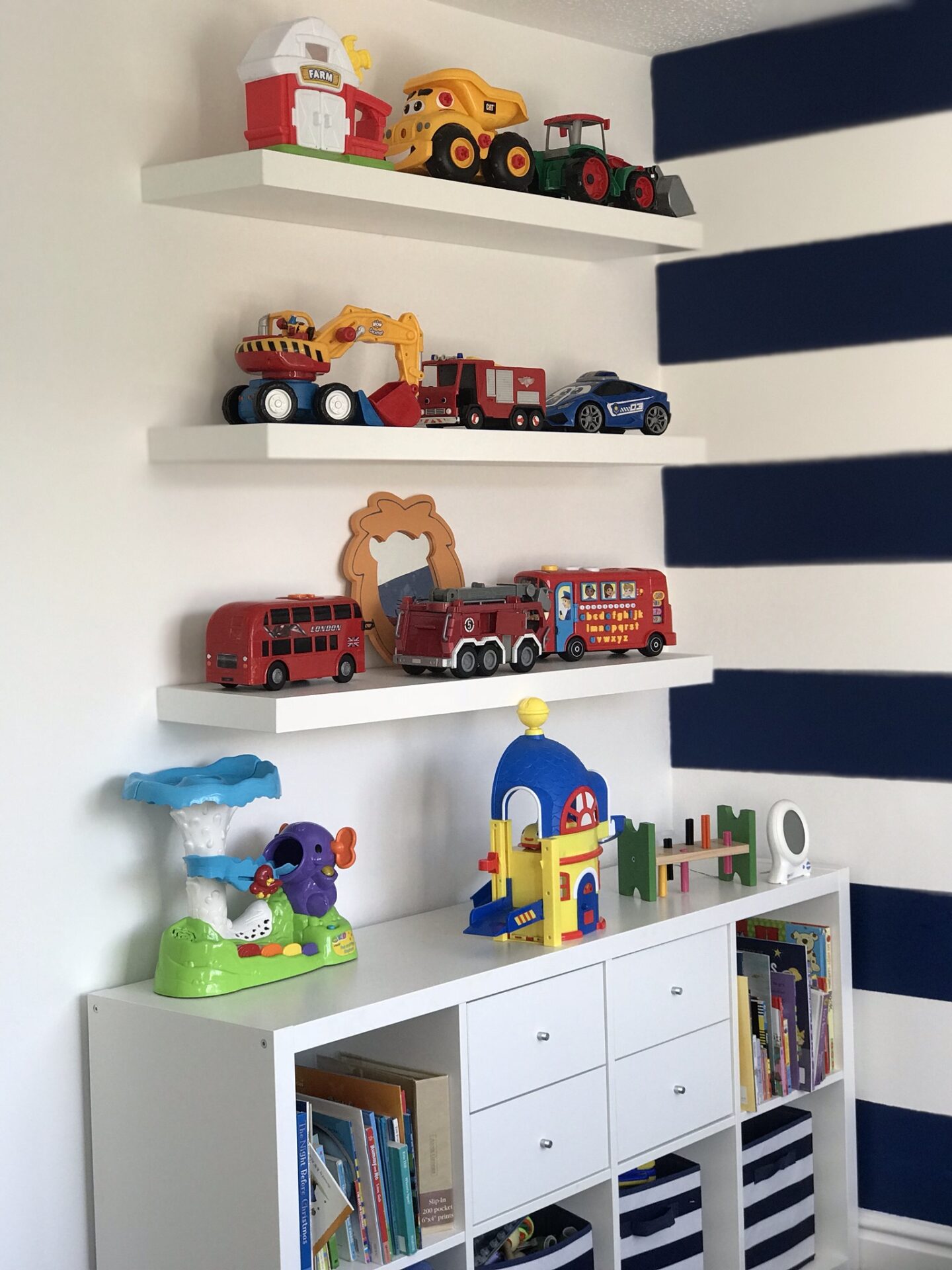 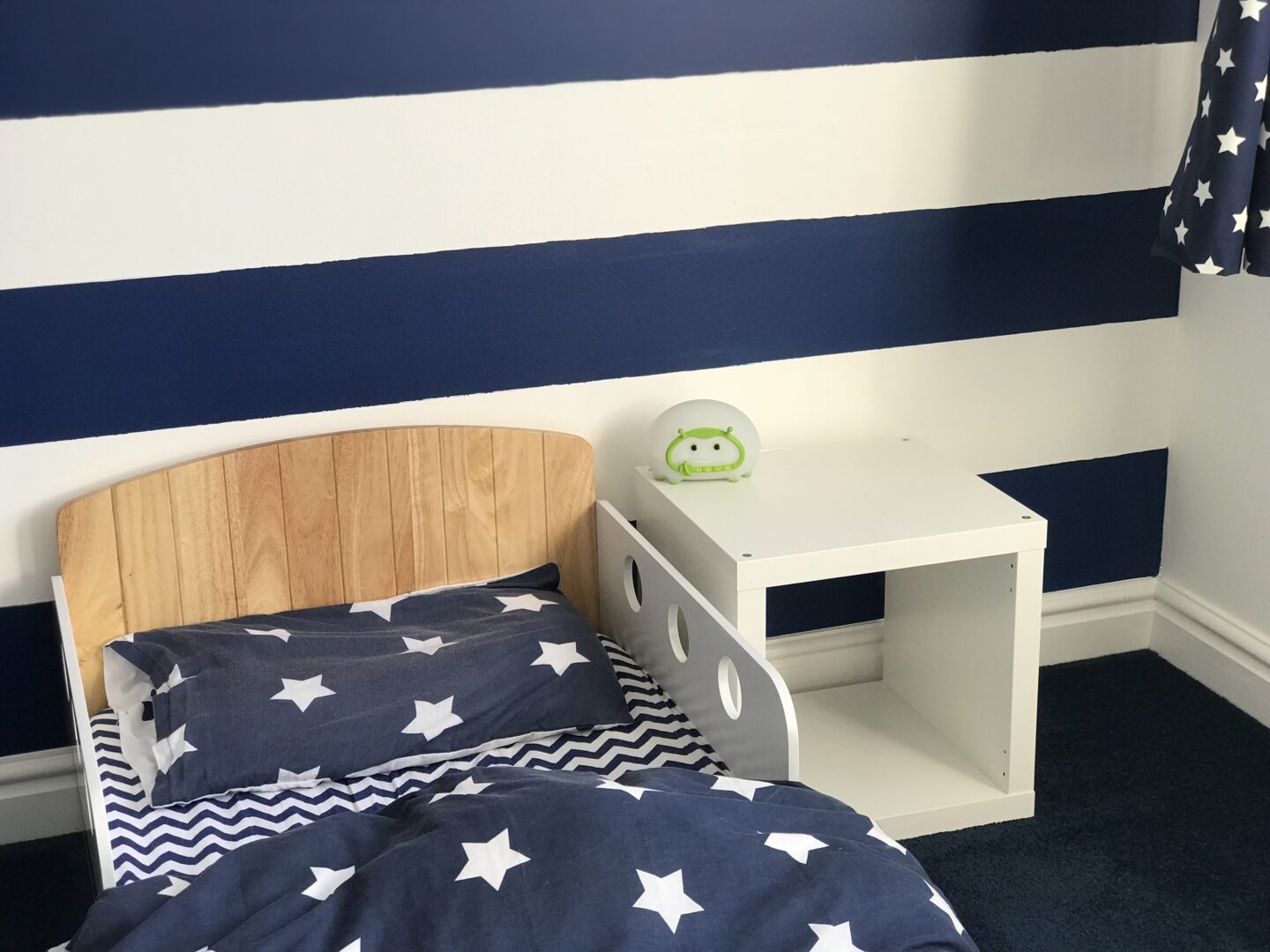 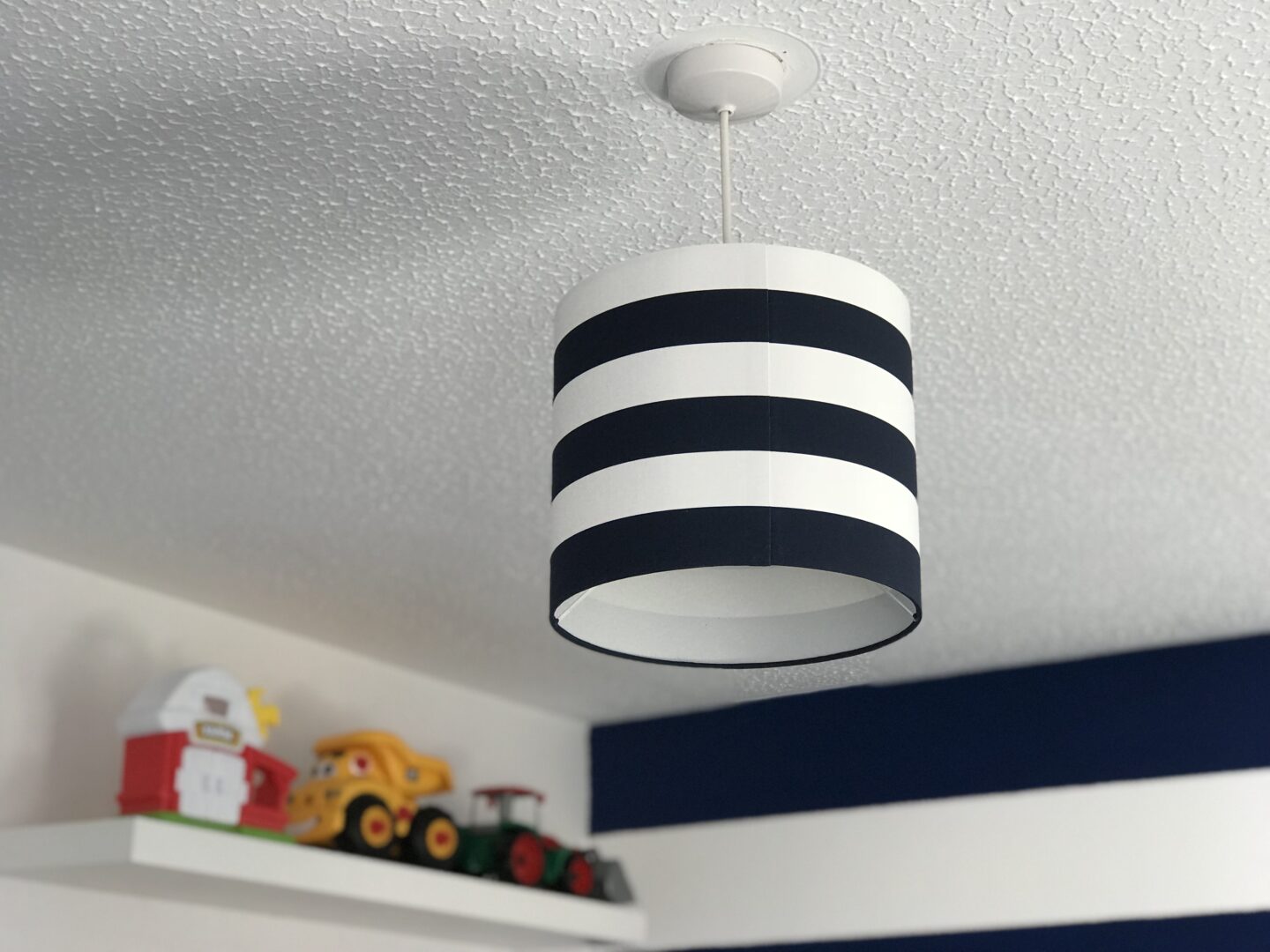 If you’re looking to buy any of the things you’ve seen in this nautical themed toddler bedroom, then check out below what they are and where you can find them. Let me know what you think in the comments! 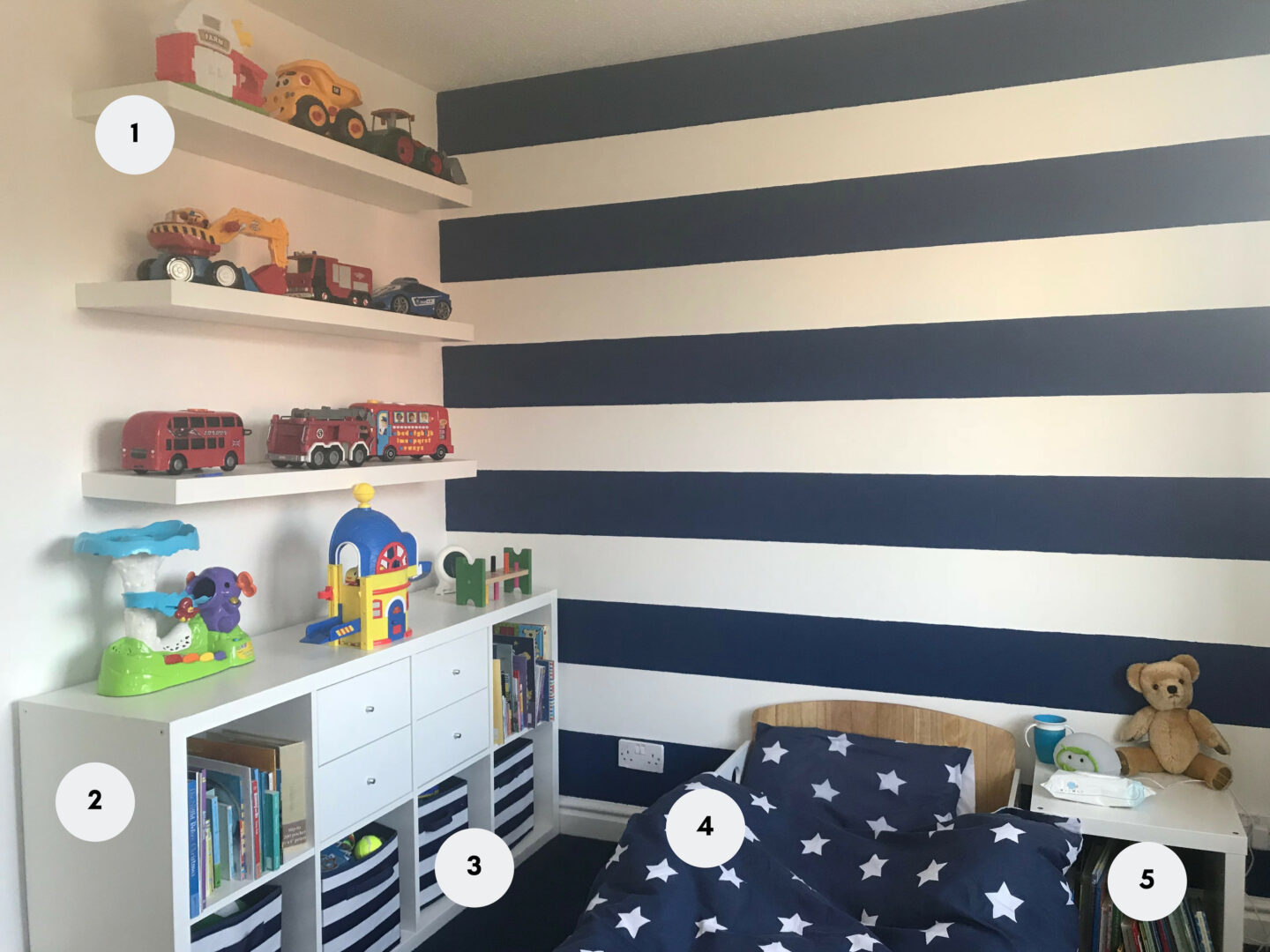 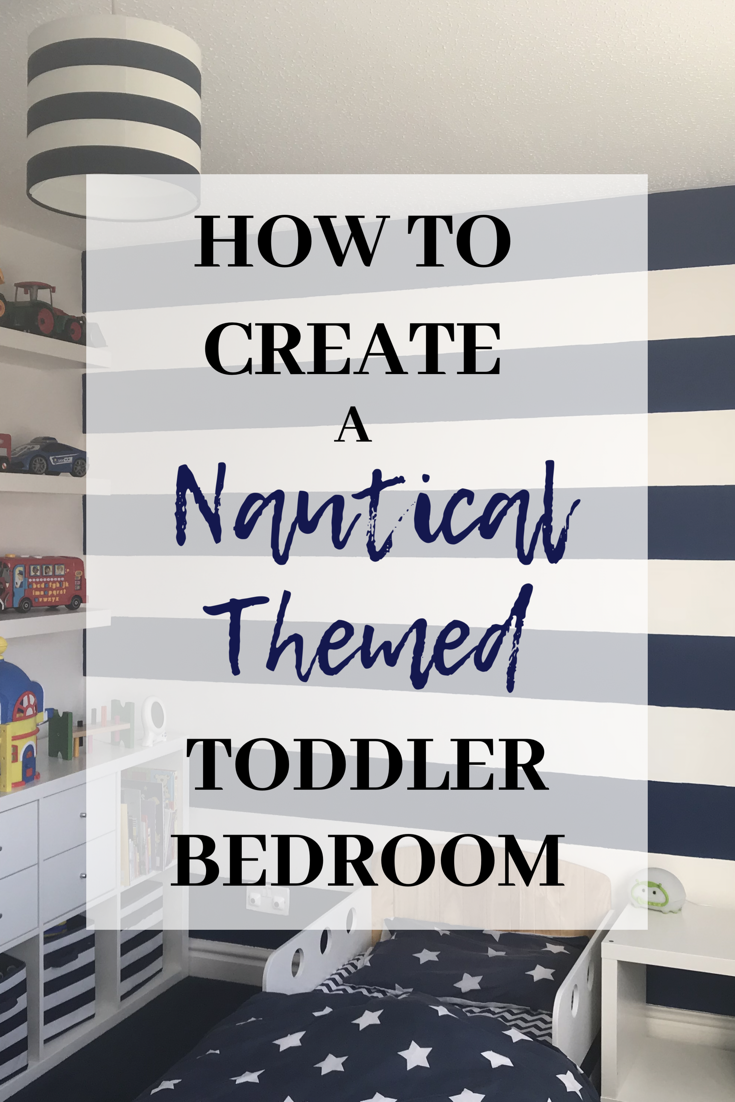