Home » Life » Where are the best places to retire to in England and Wales? 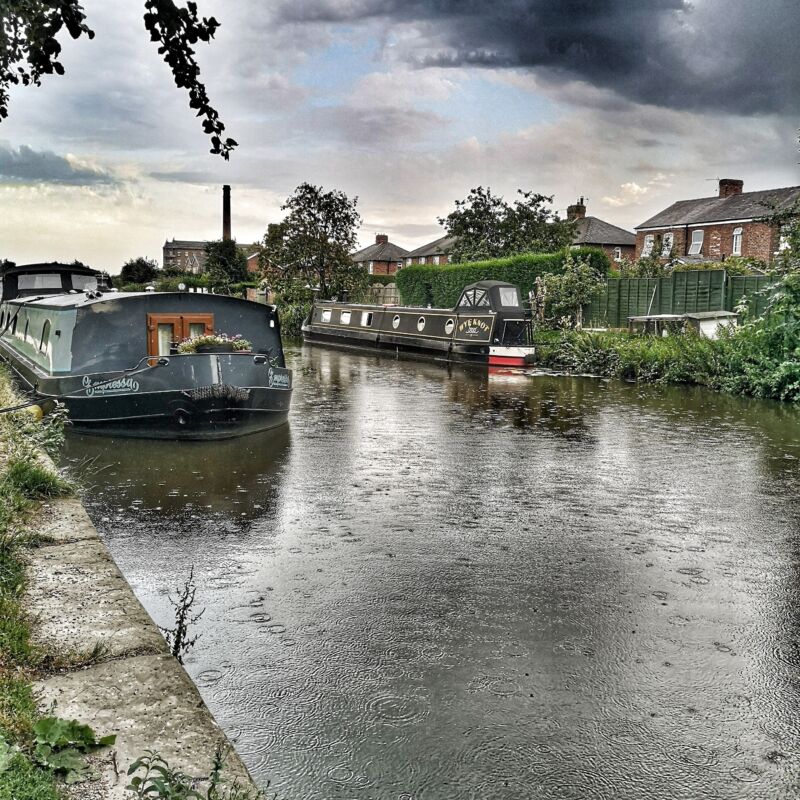 If you have reached the age of the never-ending weekend and no longer have the commitments of young children or an office commute you are free to move wherever the wind takes you. So why not take a look at Yopa’s handy tool for locating the best places to retire to in England and Wales.

With comprehensive statistics on average house prices, council tax rates, crime rates and ‘happiness’ statistics, you can even track down the number of University of the Third Age (U3A) branches available locally!

Of course, you’ll have your own priorities when it comes to finding that perfect location for your dream home but take a look at the current top 10 scoring places to retire to below for some inspiration.

With an impressive score of 10 out of 10, when it comes to the best places to retire in England and Wales, Fareham in Hampshire really delivers.

Scoring highly for both average happiness (7.92) and life satisfaction (8.1), Fareham’s proximity to the stunning south coast, the River Hamble and it’s picturesque Country Park make it a popular spot with retirees from across the UK. With plenty of local amenities, the convenience of Portsmouth on the doorstep and the New Forest National Park less than 30 minutes away, it’s no wonder this thriving small town was voted 2nd best place to live in the UK earlier this year in Halifax’s Quality of Life Survey 2020. In fact, the South East of England was the highest-ranking region overall.

Interestingly, 3 of the top 10 places to retire to are all located in the North West, with Chester and the Cheshire West area coming out on top.

History buffs love Chester’s historic city centre with its impressive 11th century Cathedral, beautiful Roman architecture and quaint Tudor Rows. The city is also home to Britain’s biggest Roman amphitheatre and the oldest racecourse in the country plus the charming Grade II listed Grosvenor Park. Essentially a city for those who don’t like the big city life, everything is on your doorstep including an extensive range of independent coffee shops, bars and restaurants and great transport links to Liverpool, Manchester, Birmingham, London and the stunning North Wales countryside. Even the world-famous Chester Zoo!

With low crime levels, great schools for the grandchildren, stunning countryside on the doorstep and some of the cheapest average house prices of all of the areas listed, it isn’t hard to see why Chester was voted the second best place to live in the North West by The Times in 2018 (being narrowly beaten to the top spot by Altrincham).

Consistently voted a popular place to live, Solihull is one of the West Midlands’ most affluent areas despite a very reasonable average house price of £270,000. Ever popular 1920s and 1930s detached and semi-detached properties are in abundance.

Despite its close proximity to Birmingham, the area is also home to over 1,500 acres of parkland (10 of which are Green Flag Award parks) including Brueton Park, the Parkridge Nature Reserve or family friendly Olton Jubilee Park.

Well connected, with Birmingham only 9 miles away and London Marylebone 1 hour 40 minutes on a direct train, this former market town also has plenty of local amenities and an impressive 12 branches of the U3A. And if motorbikes are your thing, Solihull is also home to The National Motorcycle Museum which houses the world’s largest collection of British motorcycles.

Another popular spot in the South East of England, the Rushmoor area encompasses both Farnborough and Aldershot alongside the smaller areas of Cove and Northcamp. Whilst Aldershot is predominantly known as a military town and unofficial home of the British Army, Rushmoor has plenty on hand for those outside of the forces.

Scoring highly for happiness and life satisfaction in recent years according to the Office for National Statistics (ONS), Rushmoor offers an impressive selection of things to do on the doorstep, from shops, to entertainment and scenic woodland walks plus grocery stores ranging from Waitrose to Costco and everything in between. The area is also well connected, with three local stations (Farnborough, Farnborough North and Aldershot) and a direct journey of less than 45 minutes into London Waterloo, half an hour to Reading and just 17 minutes to Guildford.

What Rushmoor may lack in the period charm of some of Hampshire’s most picturesque towns and villages, it certainly makes up for with a more modest price tag than nearby Surrey hotspots and budget busters Frimley, Camberley and Farnham.

Trafford in Greater Manchester is perhaps most well-known as the home of Old Trafford, Manchester United Football Club’s stadium, and the eponymous behemoth the Trafford Centre, an impressive retail centre and leisure complex. But Trafford also offers buyers the best of both worlds, the buzz of Manchester to the North and the scenic countryside and slower pace of life of Cheshire in the South. Altringham, the largest town in the borough, was recently named the best place to live in the North West by the Sunday Times for its house prices, connectivity, schools and revitalised town centre.

Only 50 minutes from London Liverpool Street, Rochford is one of the jewel’s in Essex’s crown. Homeowners are attracted to the unspoilt coastline, stunning countryside and rich heritage, with Visit Essex promising “more than 200 sites of archaeological interest, 14 Ancient Woodlands and several nature reserves waiting for you to explore.” Despite its proximity to London Southend Airport, Rochford is not on the flight path. It also offers a more affordable option than nearby Hockley and Hawkwell and with low crime rates and a small, family-friendly community, what’s not to love?

Whilst he may have famously exclaimed that “…When a man is tired of London, he is tired of life.” It seems that Samuel Johnson’s birthplace of Lichfield in Staffordshire is also a popular place to be, coming in at number 7 on the list of best places to retire.

With a direct trainline to Birmingham in 40 minutes and a high-speed train line to London Euston in 1 hour 10 minutes from Lichfield Trent Valley, this charming Staffordshire ‘city’ (thanks to its impressive medieval Cathedral) is extremely well connected yet still has a strong community feel at the heart of a thriving market town.

The average house price for the area is just a shade over the national average at £234,950 and there is plenty to keep both retirees and other members of the family entertained, from an impressive selection of hit shows and local productions at the Garrick Theatre, to the 70-acre Beacon Park.

Named after the River Ribble which travels through the area on its descent to Preston estuary, the unspoilt beauty of this stunning Lancashire borough is popular with both tourists and homeowners alike. Indeed much of Ribble Valley is classed as an Area of Outstanding National Beauty.

Said to be the food capital of the North, Ribble Valley is also a foodie’s delight, with an impressive number of dining options to tempt every palate. Whether you are after nature trails, art galleries or adventure sports there is plenty to keep you occupied in Ribble Valley.

Not quite an Island, the Isle of Anglesey jutes out on the Dingle Peninsula and is attached to mainland Wales by the Pont Britannia Bridge and the A55 (with a direct route to Cheshire and Manchester Airport) plus the Menai Bridge and the A5 leading into Bangor.

With a stunning 125 miles of coastline (two-thirds of which is a designated area of outstanding natural beauty) and enough water and land based activities to keep you busy year round (with kayaking, paddle-boarding, hiking, cycling, golf, fishing and horse riding to name a few), lovers of the outdoors will feel right at home on Anglesey.

With the cheapest average house prices on the list by £30,000, fantastic local produce and award-wining dining, when will you be making the move? If it’s good enough for Kate and Wills…

The picturesque Cathedral city of Chichester is steeped in history. Everything you need is on the doorstep in this compact city, with high street retailers and independent shops and boutiques a plenty alongside lots of cultural events and venues to keep you entertained. For lovers of the outdoors, head to the nearby South Downs for some of the UK’s most stunning countryside.

The area is also well connected, with London Victoria only a 90-minute train journey, trains to Portsmouth and Brighton in less than an hour and the rest of Hampshire and the UK within reach via the M27.