It was February half term last week so we decided we’d have a good go at potty training considering Dexter was not going to be in childcare and my husband was off work too to support me in this journey. This is the story of our toddler potty training fail!

I have to admit I didn’t do an awful lot of research before we started and hardly any preparation. I downloaded a copy of Sarah Ockwell-Smith’s Gentle Potty Training book and read it on my phone between Felix’s feeds in the days prior, but that was pretty much it.

As I just touched on, we didn’t do any prep at all. I mentioned a couple of times that we would start learning to use the toilet but Dexter didn’t seem that fazed. We didn’t go out and buy undies together, I didn’t let him choose a potty and I didn’t make sure we had minimal nappies around. Next time we will definitely make a fuss about going out to buy boxer shorts and we will try putting kitchen roll in his nappy for a week before so he can try to understand the sensation of being wet.

2. Dexter didn’t know he was weeing

When we first began we were rarely having accidents because Dex was on and off the toilet constantly. He absolutely adored the whole rigmarole or putting his seat on the toilet, climbing up, having a wee, wiping his willy, getting back down, flushing the chain and washing his hands. He would play out the whole process again and again and again meaning his bladder was never really full.

By the fourth day and when I decided to introduce trousers, he had gotten bored of going to the toilet and he began weeing whenever he felt like it in his trousers every twenty minutes or so, despite having being put on the toilet minutes before. Each wee would end with ‘uh oh‘, him kicking off his trousers and then continuing on with whatever he was doing, not even the slightest bit bothered! 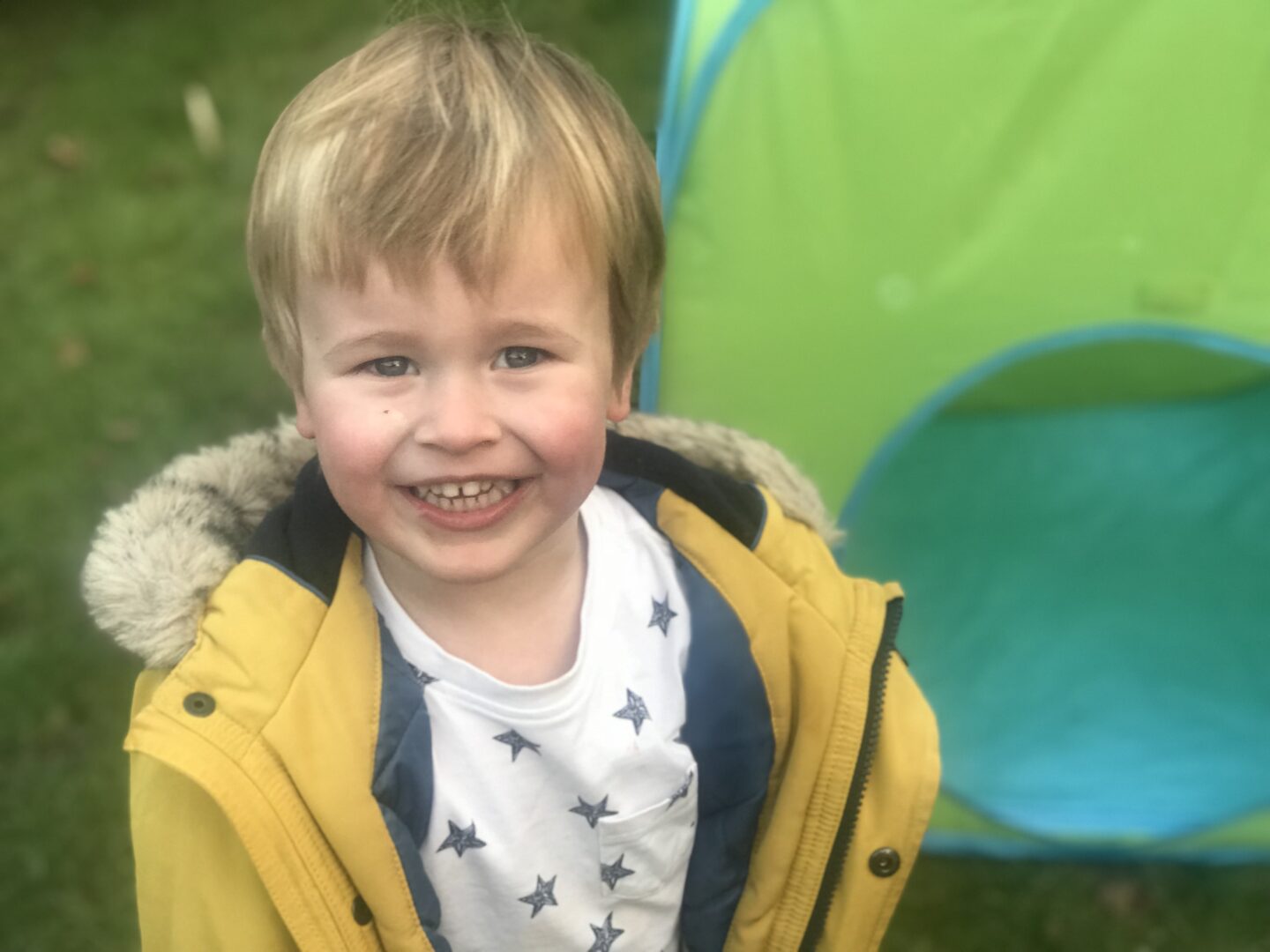 I still have no idea if a toddler is meant to be able to be aware that they’re weeing or it is that exact thing that we are training but reading the NHS website, it claims that toddlers should be able to hold their wee in for an hour to an hour and a half, and Dexter was simply not able to do this.

3. I had no idea how stressful it would be

I’m not a perfect parent by any stretch of the imagination, but I’m not a shouty Mum unless absolutely necessary and I try my hardest every day to be calm, patient and loving towards my children.

I’ve found it a lot easier becoming a Mum for the second time which dumbfounds me when I remember how much I struggled when Dexter was a newborn.

But, by day four of potty training and being cooped up in the house, I was becoming a person I really didn’t want to be. I was a lot more shouty, I was finding it hard to be patient about things, snapping at my husband and generally fed up. It wasn’t a nice environment to be in and not one conducive to successful potty training.

Dexter has always been so quick to catch on with things that I mistakenly thought it would be a breeze and I simply wasn’t prepared for things not to go as planned in my head. Next time I’ll be mentally ready for the stress which will help me cope better.

Related Post: How to Make Moving Home Easy for Your Toddler

I decided I’d micro blog about our journey on Instagram which was a huge mistake. I was very grateful for all of the messages and replies I got to my Insta stories but I found the advice extremely overwhelming.

One minute someone would tell me to try doing it one way and the next someone would message saying the opposite. I didn’t know which way to turn. Next time I’ll definitely plan what our strategy is and stick to it, instead of being swayed by what worked for other people, after all, every child is different.

So, that pretty much sums up why we had a toddler potty training fail. All the signs our child wasn’t ready for potty training were there, so we are going to try again at Easter when hopefully the weather will be a bit warmer and Dexter is a bit more switched on.

Since we gave up he has asked to use the toilet a few times and got irrationally over excited by some Cars themed pull ups he found which I am hopeful are good signs that he is beginning to better understand the concept. Wish us luck!

It's so much harder than you think especially when they've picked up other things so easily. I think boys are also lazy and a lot less bothered about being wet or mucky. Well, mine certainly wasn't. Parents feel so pressured and hear all these amazing stories of how easy their children got trained, but it's not true. I also know friends who admit they started too early - at 2yo and then 3 years later by school their child still wasn't fully dry.

N had all the signs of being dry, we'd introduced the toilet before bathtime 3 months before trying to train him in the day (he was naturally fully dry at night at 2.5y) but come training him just before his 3rd birthday it was hard work. 5 days and he was was still having accidents. Then a disastrous 1st day back at nursery, 5 changes of clothes by 11am and he was traumatised and wouldn't go into the toilet area. So had to go back in pull ups. It really set him back because back at home he wouldn't go on the toilet again for ages. 3 months later, he woke up one morning, said he was wearing pants and that was it (nightmare as we were out that weekend). 1 accident only and it was so much easier and he felt in control.

I could understand 'training' them if they're approaching school or showing no signs of being ready or aware. But I think if you build up to it and gradually make using the toilet the norm as you go, they seem to just decide and do it.

Good luck with how it goes. And just remember, they all do it at some point.

Everyone definitely has different pieces of advice, but as you said - every child is different! My little boy was excited by paw patrol and Peppa pig pants which helped! Good luck, when he’s ready, he’s ready and they get it quite quickly!

Everyone definitely has different pieces of advice, but as you said - every child is different! My little boy was excited by paw patrol and Peppa pig pants which helped! Good luck, when he’s ready, he’s ready and they get it quite quickly!