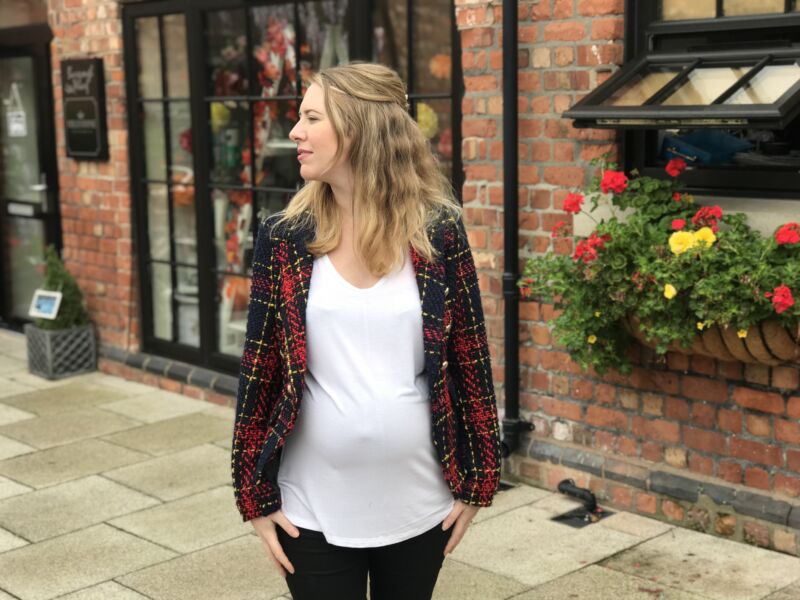 Being on maternity leave, despite common perception, isn’t the easiest of times. Before having children, I envisioned lazy mornings, trips out for coffee with friends and lots of time to do yoga, eat well and get a lot of reading done. In reality, especially with my first born, maternity leave was nothing like this at all. Try then throwing redundancy into the mix – the result is a dark and depressing time where you spend your days isolated and afraid. Redundancy during maternity leave doesn’t mean the end of the world, although it can feel like it at the time. This my story about redundancy on maternity leave, plus some of my top tips for coping with redundancy and maternity leave.

My redundancy and maternity leave story

After my first born, I went back to work in the job I had been in for nine years and had a really successful eighteen months before starting my maternity leave with my second son. I loved my job and thrived on the challenges it brought and although I was looking forward to welcoming our new son into the world, my memories of my first maternity leave made me a little apprehensive to leave the structure and comfort of my full time job to be thrown back into a world of sleepless night, little routine and a feeling of isolation.

I needn’t have worried so much. My second round of maternity leave was so much more positive. Whether that was because I had a feeling of knowing what I was doing this time or because I had a needy toddler was so desperate to get out and about and keep me sane, I don’t know. However, the first nine months were totally blissful and we made some of the happiest memories of my life.

In September, just as I was about to arrange some KIT days in preparation for my return to work in January, I got a call to tell me I would shortly be offered voluntary redundancy. Now, of course the keyword here is ‘voluntary‘ redundancy, so I did have the option to decline, however the fact that it was voluntary, in a way made my situation that much worse because the decision was mine and mine alone.

Over the next four months, there were phone calls between myself and my employer where we discussed the options including the important aspect of settlement. I had a deadline to make a decision which was two weeks before termination and I can honestly say I did not make a firm decision until the very last moment.

Having this hanging over me for four months was excruciating. Every time the phone rang, my heart was racing, I would be in floods of tears after every call and I was short and snappy with my boys – something I truly regret. At the same time, Felix seemed to pick up bug after bug and the weather was awful, so after all of the amazing days out and weather of the previous nine months, I now felt stuck indoors, isolated and very depressed.

I threw myself into looking for a new job – a depressing task in itself. I sent out tens of applications every day and ninety percent of the time never heard anything back. The thought of having to drop my salary was scary and as much as I tried to spin it in my head that this was a great opportunity for me to do something new, I was petrified. After eleven years how would I fit into somewhere new, make new friends, learn a new skill?

I think what hurt the most was the lack of face to face contact. Everything was dealt with over the phone which felt so impersonal after everything I had given and achieved at the company over the years of my career. It was an upsetting time, filled with so many emotions, not helped of course by those post-pregnancy hormones that were no doubt still running around my body. I was not coping with redundancy at all. 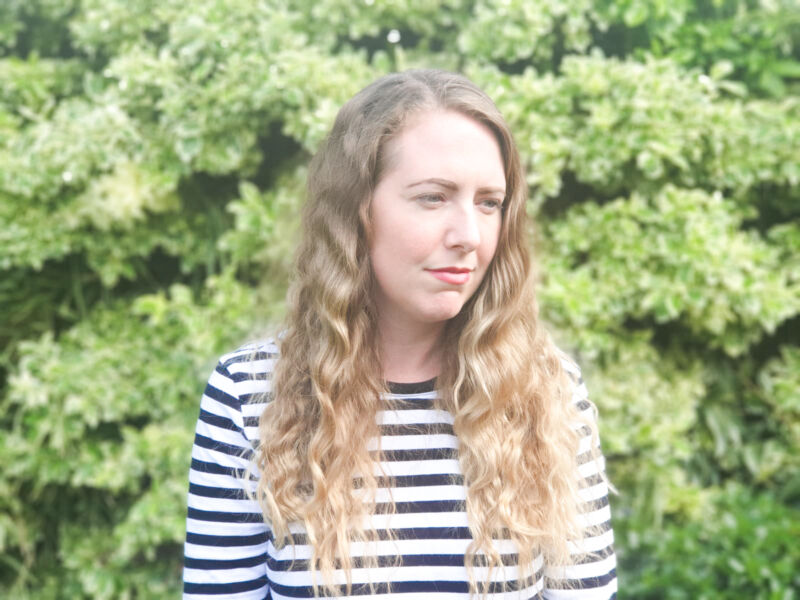 Coping with redundancy on maternity leave

Being told you are being made redundant while on maternity leave can feel like a punch in the gut, but there is so much you can do to cope with the situation. In between the moments of feeling hopeless, scared and panicked, I tried all I could to take the bull by the horns; understand what it was I needed to do and sought help to achieve it. Here are some of my tips for coping with redundancy:

Despite common belief, you CAN be made redundant during maternity leave, pregnancy and maternity leave doesn’t protect you 100%. If there is a business need to make redundancies, it can happen – pregnant or not. It is however important that you know your rights. There is a lot of helpful information out there from websites such as ACAS, Maternity Action and Citizens Advice – who are also available face to face or over the phone too.

Sort out your finances

Being made redundant may mean you will soon receive a lump sum of money and it is important that you do your research to plan how to invest or use this money wisely. Many people who I have spoken to in the past have used this money to fund education to kickstart a new career, put it into high interest savings or used it to cover income whilst they decided what to do next. This is also a golden opportunity to look at your budget – what is coming in and out and where can you make savings? Do you need to find a job with a similar salary or can you afford to cut hours or take a small pay cut? These were all things we needed to factor in when I was offered my redundancy package. Redundancy on maternity leave may leave you reevaluating whether you really want to return to office life full time and perhaps make you consider part time hours or a more family friendly job.

Get help with your CV

If it’s been a while since you last applied for a job, get help with your CV. It had been over six years since I’d last applied for a job and this was an internal vacancy so my CV was totally irrelevant for prospects outside of my usual job. Luckily, I had a friend with huge CV experience who was willing to help me and it’s down to her that I was able to secure a number of interviews and eventually a job in my dream career field.

Out of hundreds of jobs, I was only invited to a handful of interviews. It’s pretty soul destroying, but the competition out there is fierce. Apply as much as you can – although bear in mind to be successful you will need to tailor your CV and covering letter to each job – and be prepared to never hear from many of them ever again.

Take time for you

During all of this, it is vital that you find time for yourself. Leave the baby with your partner or trusted friend or relative and have a hot bath, go for a walk or do whatever it is that leaves you feeling chilled out. It can be super intense looking after a baby all day whilst applying for jobs and going through the redundancy process and so for you own mental health, it’s important that you do a little bit of what make you happy.

If you’re feeling down, stressed out, worried or downright depressed, reach out to someone. You don’t have to go through this alone. There are tons of Facebook groups out there giving advice to women who are going through the exact same thing and the resources I mentioned above are also great. Reaching out to family and friends will help take a load off your mind too.

Redundancy and maternity leave – how did my story end?

At the beginning of December, after going back and forth numerous times, my job decided I could leave early and have my outstanding annual leave paid in a lump sum along with my pay in lieu on notice. I was ecstatic to get it completely boxed off so I could concentrate on finding the right job for me. I was also really scared to now be unemployed – what next? Would I be able to send the kids to childcare in January as planned, would I still be entitled to my 30 free hours (thankfully yes, thanks to the self employed income I make from this blog) and how would we cope without a wage coming in?

A few days later, I went for an interview for a job really close to our home. The job was perfect for me in every way. I ticked every box on the job description and I knew the role inside out. It involved a slight pay cut, but not a huge one, and the savings in petrol would have meant we would have pretty much broke even. Unfortunately, I did not get the job and it was heart breaking. Knowing that the perfect job for me had been right in my grasp and I had failed left me feeling like I had totally made the wrong decision to accept redundancy.

Weirdly, a day or so later, an employer who owned a business, literally across the road from the job I didn’t get, emailed me back after I had contacted her several weeks prior. She liked the look of my CV and wanted me to come in for a chat to see how we could work together. I was still really gutted about the other job and didn’t really have the inclination to go and do it, but my husband and great friend insisted it was a fantastic opportunity, so in I went. After a really positive chat, I was invited back for a second interview the following week where I had to deliver a presentation. I came home feeling like I was going to fail, but put my heart and soul into creating the presentation over the next few days. The following week came and after delivering my presentation, I was pretty much offered the job on the spot to start only a couple of weeks later. It was two days before Christmas and I could not believe it. Talk about a Christmas miracle! 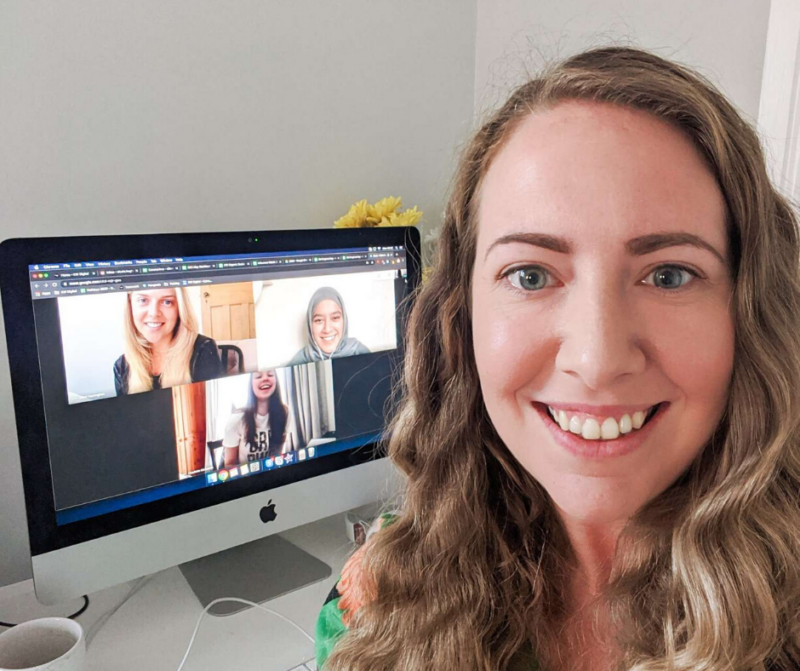 I am still with the same employer now and am so grateful for the chance she took on me considering it was a complete career change and although I had some experience from running my own blog, it was a brand new role for me. I have loved learning new skills, challenging myself in new ways and being given the opportunity to try something completely new.

There is life after being made redundant on maternity leave. It may come quickly, or it may take some time, but if you work hard, challenge yourself and make decisions that are right for you and your family, you will find a new path. Good luck with coping with redundancy, not that I think you’ll need it!