Dex has just turned 14 months old and he is now a proper toddler. Welcome to his latest update.

What a difference a month makes! Dexter now has twelve teeth. I remember there were so many months when I would write an update and it was always the same story- no teeth yet, waiting and waiting for something to appear and in the space of one month, five more have come to join the party including four molars! He has been an absolute angel about it too. I was really concerned that we would get a cranky baby when the molars came pushing their way through, but he has been pretty good apart from the odd wake up here and there. 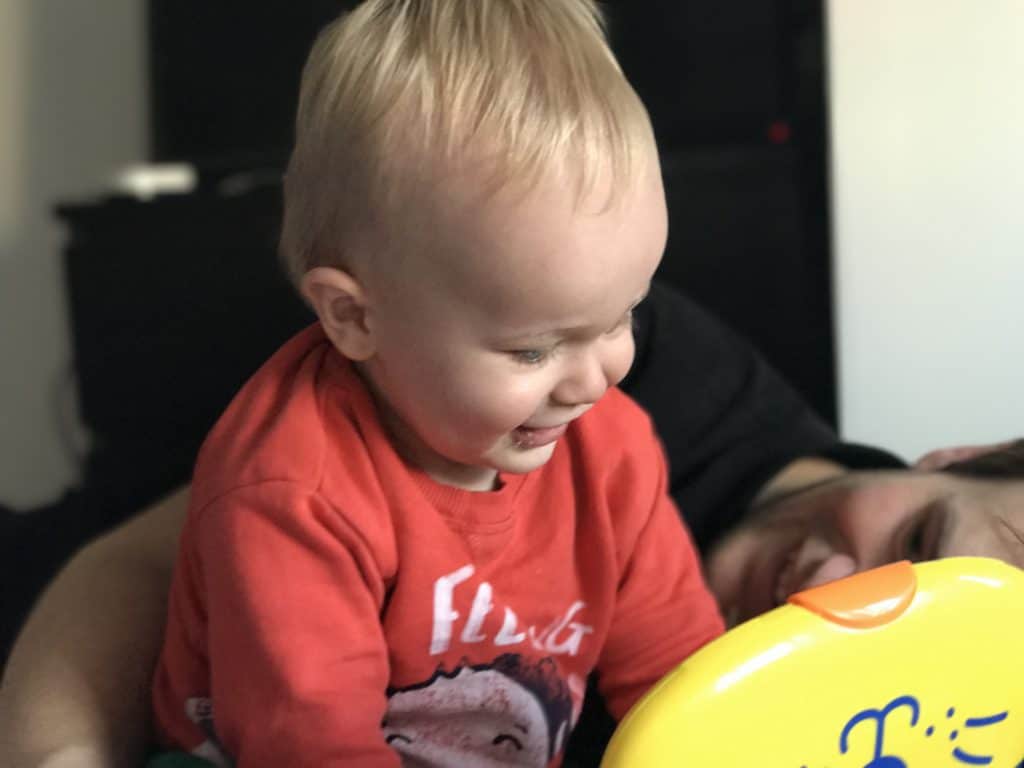 In my last post I talked about Dex waking up quite frequently but on the whole over the past month he has slept really well. He goes down between 7pm and 8pm depending on whether I have been working or not and sleeps through until 7am the next morning. Nap wise he has been having an hour or so per day if he has been at his Nanna’s, but on the weekends and my day off he will have two-three hours in the late morning. His afternoon nap has pretty much disappeared now which we don’t really mind as it means he goes to sleep easier of an evening. It’s been a pleasure to put him to bed, a change of nappy, clothes, a kiss and a cuddle and he goes into his cot with his dummy and bunny without a peep. We are very lucky. 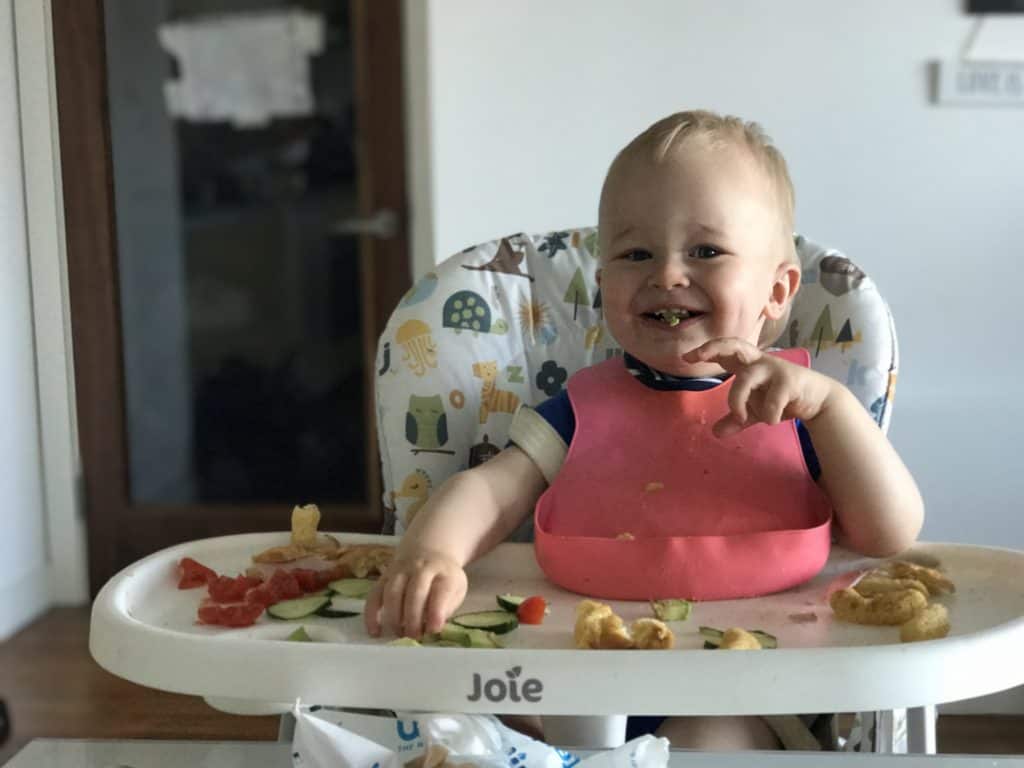 Dex continues to eat like a champ, but has also started doing experiments, dropping his food off the side, squishing it, turning his water cup upside down to see the cause and effect. We let him get on with it as much as possible as we believe it is him learning how the world works. It takes a bit more effort to get him and the kitchen clean sometimes but it’s worth it.

He finally started walking unaided this week. It has been a long time coming! I have never forced the issue because I wasn’t in a rush for him to walk and he was happy to crawl. On Friday his Nanna told me he had been walking a fair bit and when we got home he walked unaided from the lift to the flat; ever since he has been unstoppable. It has meant a few more bumps and bruises, but I am letting him go at his own pace and being there to support him if necessary. We are so excited to go and buy his first pair of shoes this week. 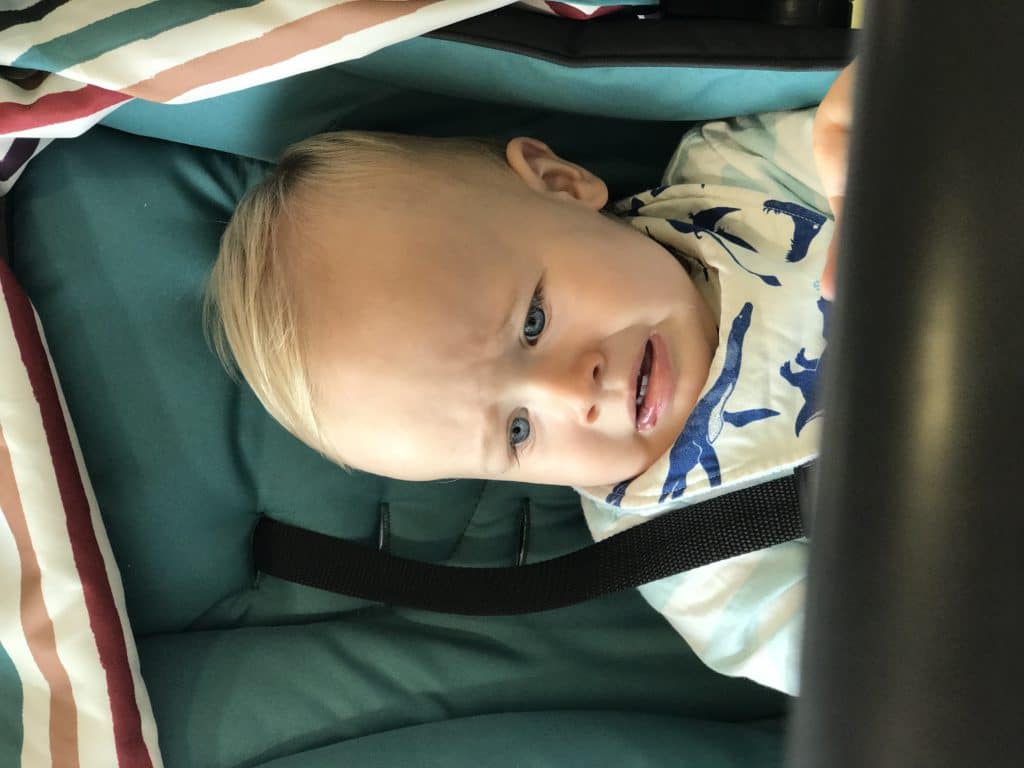 We had our first trip to hospital this month after Dex fell in the bath and smashed his face open. Unfortunately the cut extended over his lip line so the consultant at Alder Hey suggested he have a few stithces to ensure his lip line didn’t become jagged. He was put under one Monday morning to have the procedure and I took a couple of days off work to help him recover. Although he was very upset after waking up from the anesthetic, he recovered really well and the stitches have now come out and his lip looks so much better. It was a scary time for us all but as usual Dex took it all in his stride. 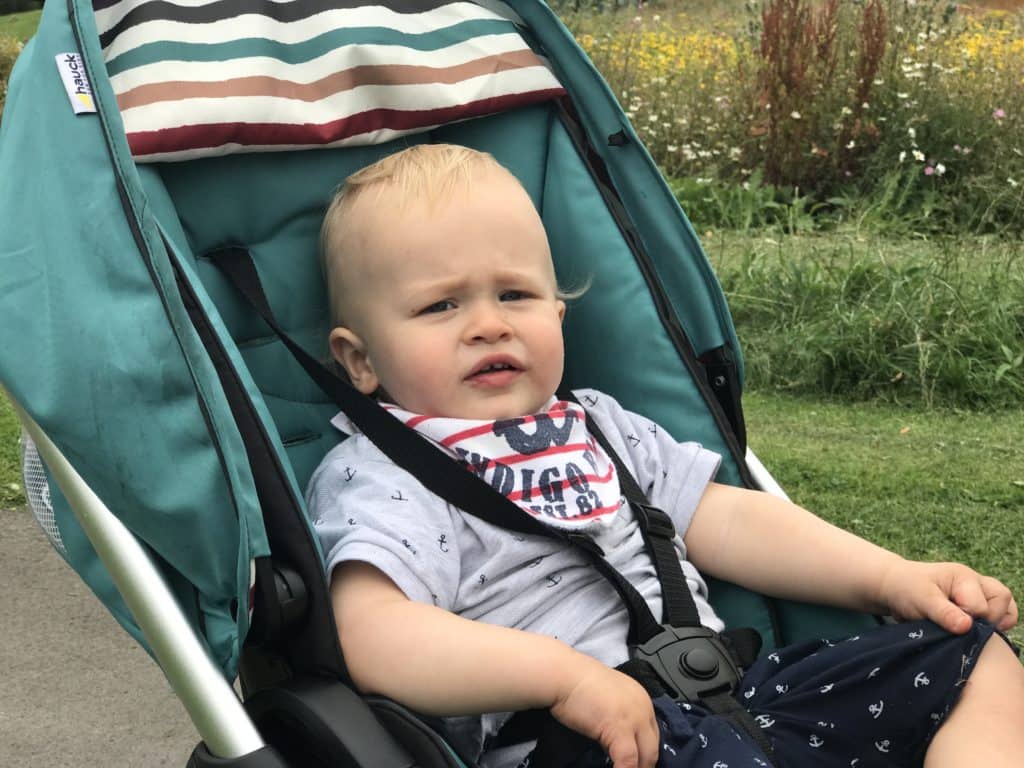 I’ve loved watching Dex learn and grow this month. He pretends to be on the phone by holding up my mobile, a remote control or any square shaped object to his ear and cooing, ‘hawoo‘; he grabs hold of my water bottle and shoves it at me grunting as if to say ‘feed me’ and if he inadvertently changes the channel while playing with the remote he passes it to me so I can rectify the situation. He loves to cause mess and destruction wherever he goes. He pulls out all of my makeup out of my dressing table until it is all over the floor; when he is in the bath, every object is tossed over the edge including the plug and he is obsessed with pulling everything out of his nappy drawer until it’s empty.

Love reading his update, it makes me realise how much he's changed and how fast they develop. What a big month with new teeth and walking as well! We're also having the same food fun, they find it hilarious don't they?!