This past month has passed by in the blink of an eye. I can barely believe that we are at the end of February and spring is around the corner. The mornings are suddenly light and I no longer leave the house under a blanket of darkness and when I leave work nightfall hasn’t yet begun; it’s just wonderful.

I’ve been putting off writing this post for the past few days because, as usual, I couldn’t think of anything really that had changed in Dexter’s world. Thankfully, after reading through last month’s update, I realised that there is plenty to write about and so I shall begin.

A new tooth brings us to fifteen teeth in total. We are now waiting on four molars and one final canine. During this teething phase he wouldn’t be without his dummy and it’s getting harder and harder to get him to part with it now. He has during all of our car journey, for naps and for sleeping at night so basically for the majority of the day! I try to hide it during his awake times but he often finds one underneath the couch or hidden up on a shelf. Yes, my clever boy is more than capable of climbing up using stools or chairs to get to what he wants! 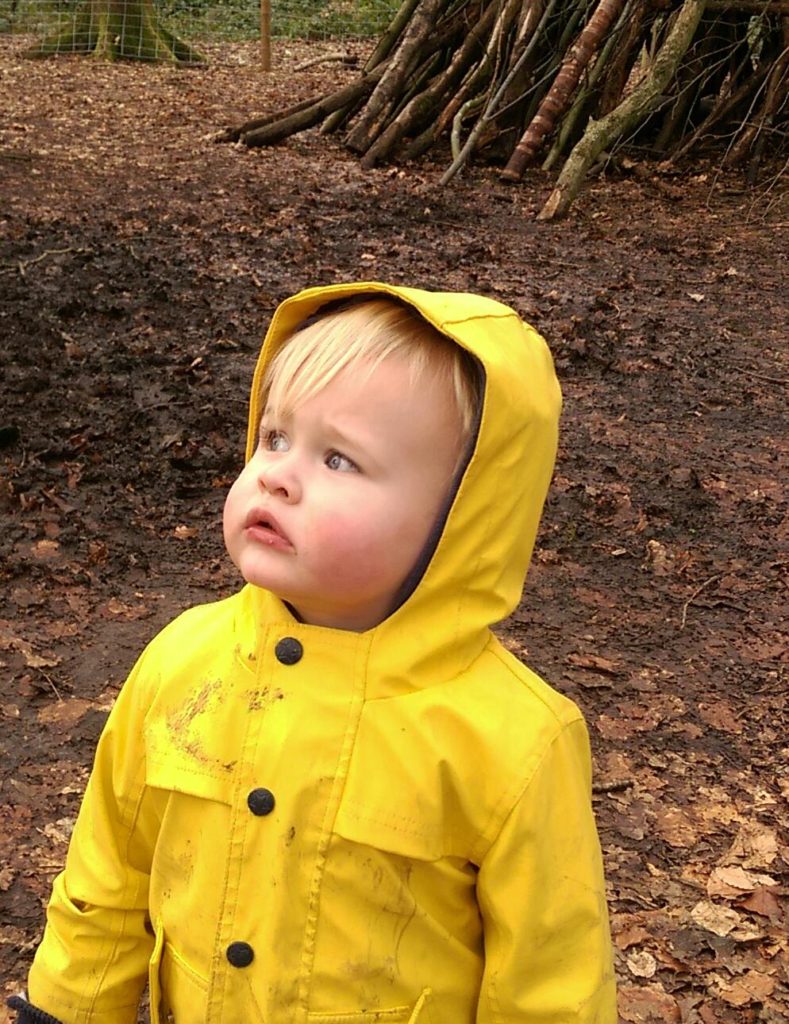 I think this month we have finally seen the last of most 12-18 months clothes but a few t-shirts remain which he hasn’t worn in a while as it’s been so cold. I’ve started buying stuff for his 2-3 year wardrobe which is just so strange to me! Some of the stuff is sized 2-4 years so is REALLY big.

Dexter has become such a great little helper around the house! He will take his nappy bag to the bin after being changed and is happy to take any rubbish to the bin if you ask him nicely. He loves being handed a cloth so he can wipe down his table after eating and loves trying to brush the laminate flooring in our lounge. 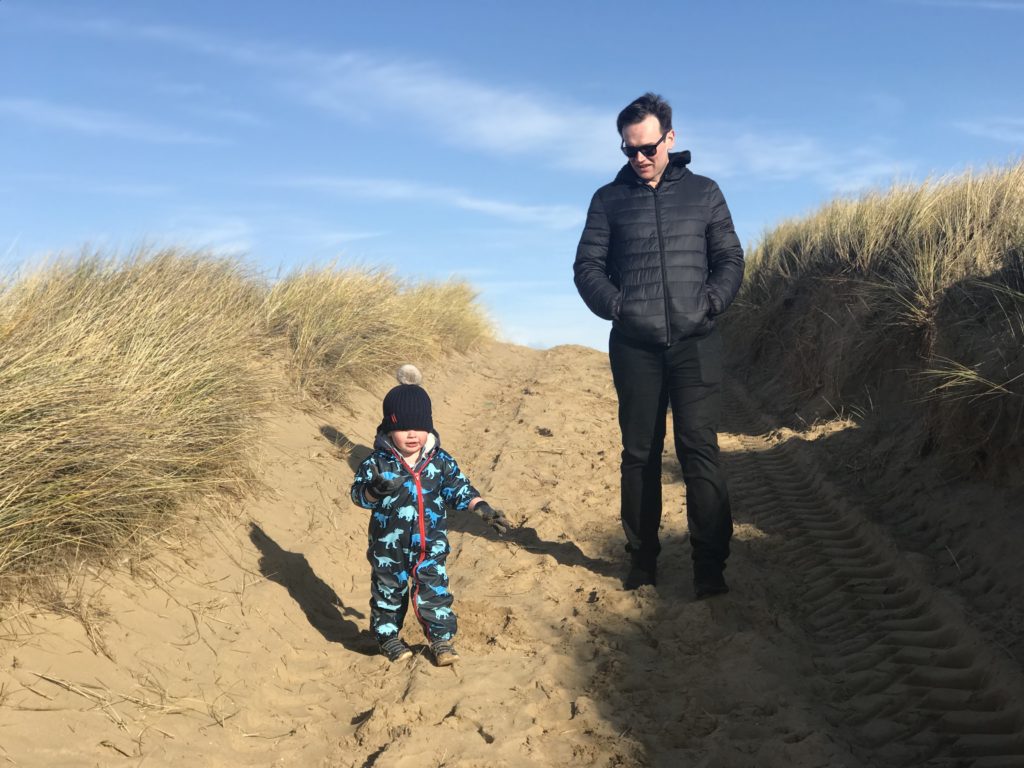 We have a whole host of new words and phrases including ‘star’, ‘here we are’, ‘bedtime’, ‘see’, ‘finished’, ‘book’, ‘ball’ and ‘bike’. There’s nothing that warms the heart more than Dexter brining me a book from his collection while saying ‘boook!’ in what can only be described as a Scouse accent! He has grown extremely fond of his Toddlebike and he loves riding it around the house shouting, ‘bike!’ to whoever will listen. He’s also become obsessed with his dummy and bunny which he refers to as ‘cack’. He will not be without either in the car and god help you if you try to take either from him! 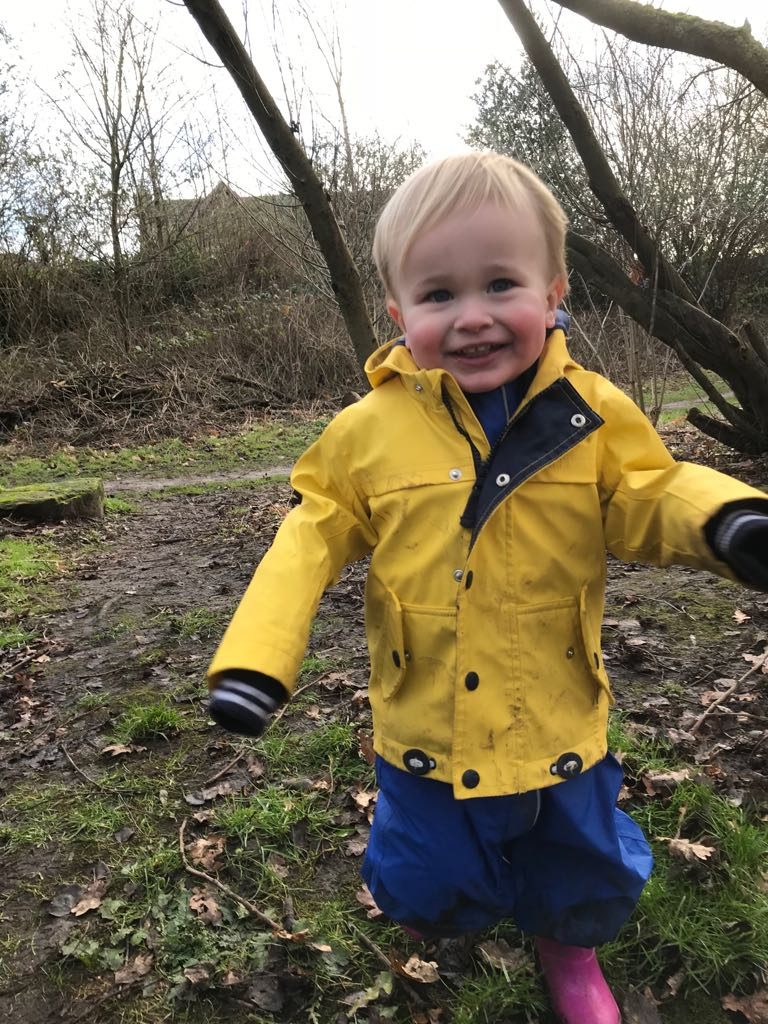 The tantrums have sort of eased off over the past month which has been amazing for us all. We’ve tried wherever possible to avoid them by making sure things that he’s not allowed to touch are not in reach so we don’t have to constantly tell him ‘no’. If he does melt down over something we empathise by going down to his level and supporting him until he calms down. We very rarely need to leave him to cry and if he goes to bed and starts crying we will get him up for another fifteen minutes and then try again, usually successfully. 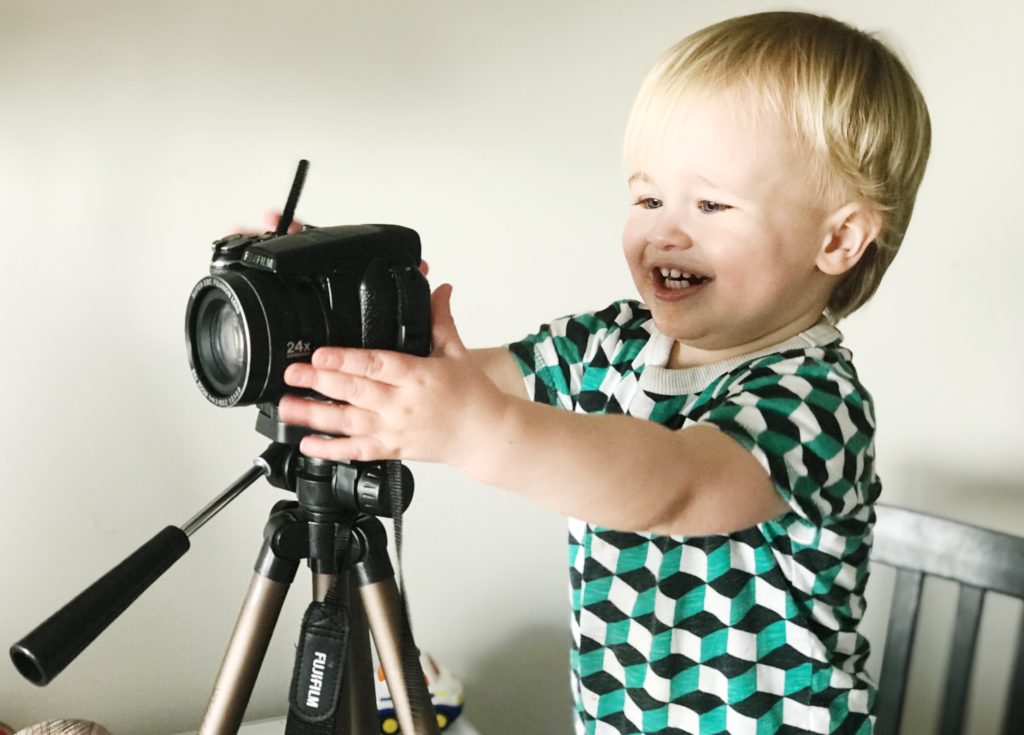 Sleep wise, his naps have been all over the shop. He has always slept first thing in the morning but over the past few weeks his naps have become an afternoon occurrence. It’s now more likely that he’ll have his lunch and then sleep from 1-3pm. It hasn’t affected his ability to go to bed at 7pm which surprises me in all honesty. He goes down like a dream most nights at 7pm and sleeps through until 6.30am the next morning. He usually wakes me before my alarm goes off by gently shouting, ‘Rara!’ 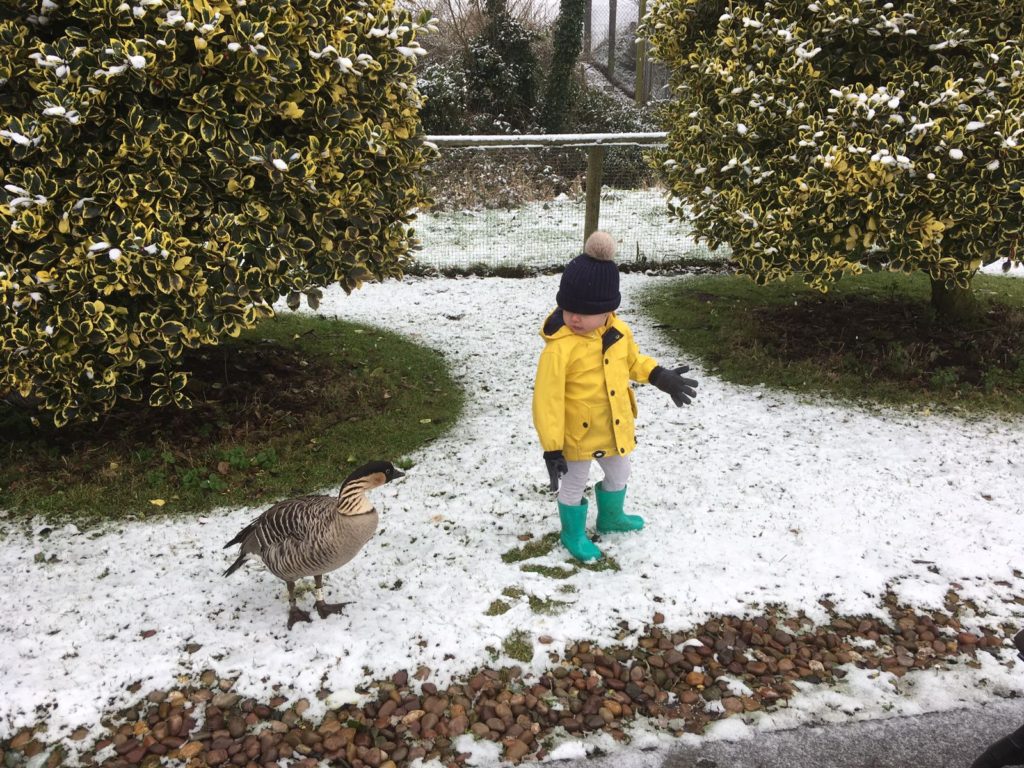 He is calling everybody and anybody who will listen ‘Rara’ which is the name of his childminder. He hasn’t quite computed that it’s her name, instead he thinks that’s what you say if you want anybody’s attention. He even calls some of the other kids ‘Rara’ which is hilarious!

He has really become interested in lots of different things and loves crafts, helping me bake and trying to understand how things work. He really takes an interest into how and why things are the way they are and it’s lovely showing him different things and explaining why we do it. He is becoming better at following instructions and I know I can trust him when I open the oven door or I have a vase full of flowers on the table. He’s not perfect and will test boundaries from time to time to see what will happen, but I know this is all part of him learning about the world around him and if something goes wrong like a spilt drink, then I take it on the chin and react as calmly as I can. We are both growing and learning together and it’s just wonderful. 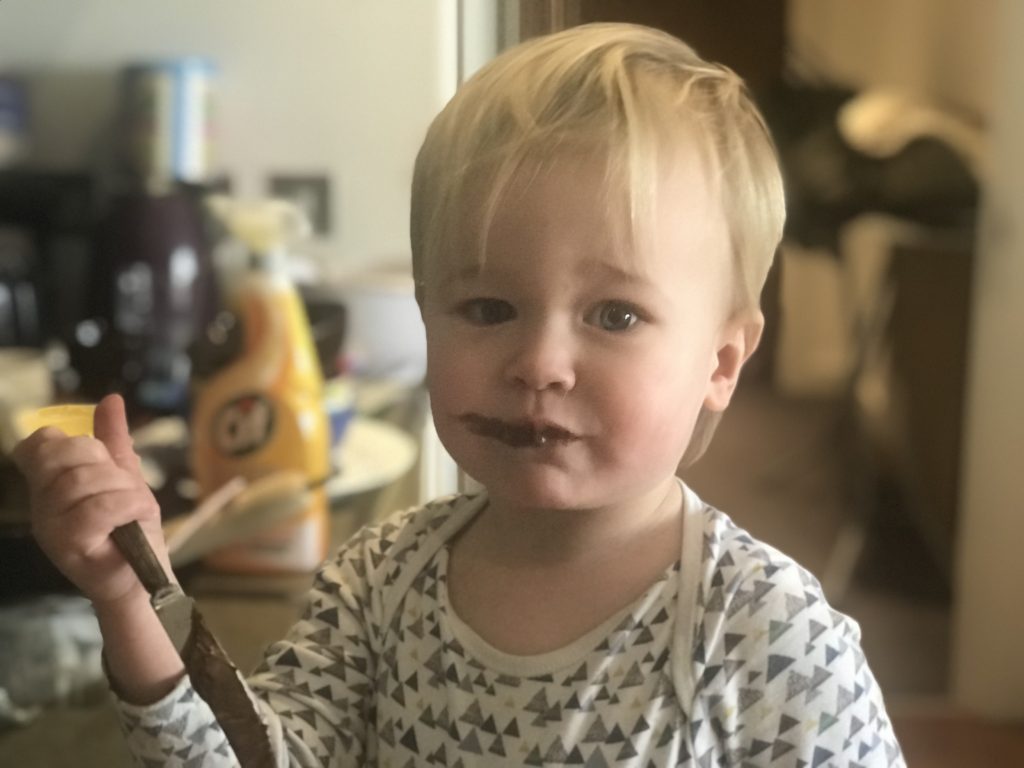