Today Felix turns one month old. Just as I did for Dexter, I plan to write a monthly update for Felix so we can look back and see how much he is changing month by month. Even though I am a second time Mum and I have been through the whole newborn phase before, it still feels like I am completely new to this and I panic and worry over everything; which is why it’s been lovely to have Dexter’s monthly updates to look back on. Looking back on Dexter’s one month update made me realise that things this time aren’t quite so different and I don’t need to be worrying quite so much about how much Felix is eating and sleeping.

Let’s be honest, there’s not much to make note of on a one month update apart from how babe is eating and sleeping, because that’s pretty much all newborns do- and Felix is pretty good at both. Felix was breastfed from birth until he was three weeks old when we switched to formula. There were a few reasons we chose to do this, but that’s probably a post for another time. Since Felix has been on formula he drinks between 4-7oz every 3-5 hours. We feed on demand and haven’t seen any sort of routine develop yet. He usually has a feed at 9am, 12pm, 3/4pm, 7/8/9pm, 12/1/2am and 4/5/6am. We use Hipp Organic formula which is the same brand that we used with Dexter.

Sleeping is something Felix is really very good at. He doesn’t have much awake time at all and just like with his feeds, we haven’t seen any routine develop yet. I try to follow the EASY (Eat-Activity-Sleep-You) method which means we do a little activity after he eats such as tummy time or I sit and chat with him before putting him down for a sleep. At present he can only really manage about 15 minutes of awake time and if he stays awake much longer than this he can get pretty irate. 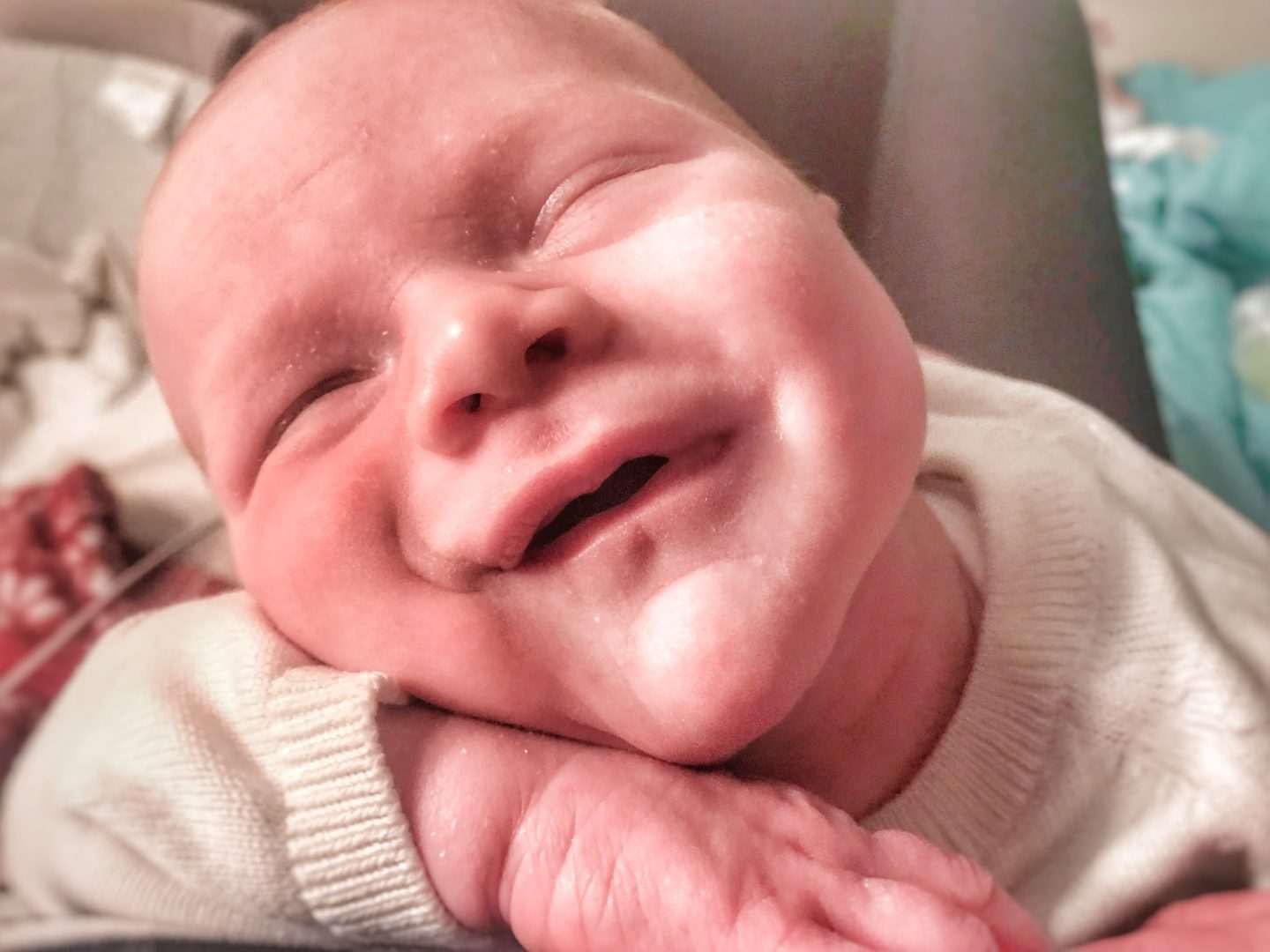 We struggled for the first couple of weeks to get him to sleep anywhere but on us which was really hard to manage. For the first week, Neil and I would take it in shifts, with Felix sleeping on me until midnight and then sleeping on Neil for a few more hours. After a while this just wasn’t working so while I was still breastfeeding we safely bed shared for a few nights, however it made me feel very nervous and Neil quite rightly pointed out that we had a next to me crib and what was the difference between him being in bed and being in the crib…it was a matter of centimeters difference. We started doing his last feed in his sleep bag so it was nice and warm when we were ready to place him in the crib and I got rid of my pillow and slept flat on the mattress with my face right next to his, holding his hand. This has seemed to work ever since and now he sleeps quite soundly in his crib. We have also introduced a dummy as we did with Dexter as a dummy is meant to reduce the risk of SIDS in formula fed babies. Most of the time he won’t entertain the dummy, but it is useful in getting him to hold off on feeding while I run and make a bottle. Daytime naps are usually taken on me, although for the first sleep of the day he is quite happy to sleep in either his next to me crib upstairs or his Moses basket downstairs. 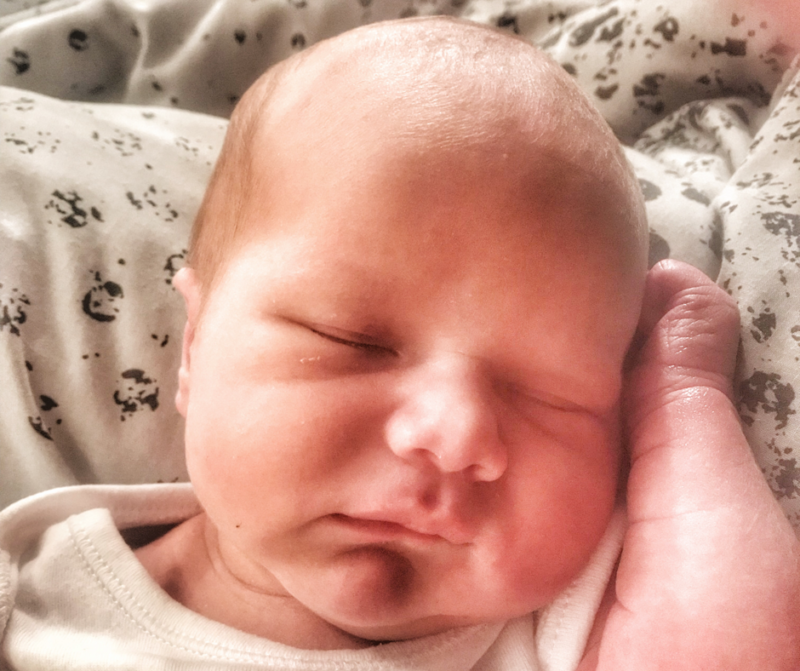 At 16 days old Felix started with a fever of over 38C which was scary. We took him to the doctor who made sure he was generally alright and advised us to keep him cool and keep feeding him. It was a terrifying 24 hours as he felt so hot and despite stripping him, opening windows, turning the heating off and doing lots of breastfeeding and skin to skin, nothing seemed to cool him down. Eventually, he did start to regain a normal temperature, just before I started with the same fever and chills which lasted for 48 hours. Not a pleasant experience in the slightest.

It’s been an interesting month adjusting to life as a family of four. I’ve been lucky in that I’ve had Neil at home with me for the majority of it which has helped with the transition. Dexter has acted as if Felix has always been here and it doesn’t feel like a month has passed since his arrival, more like a few years. 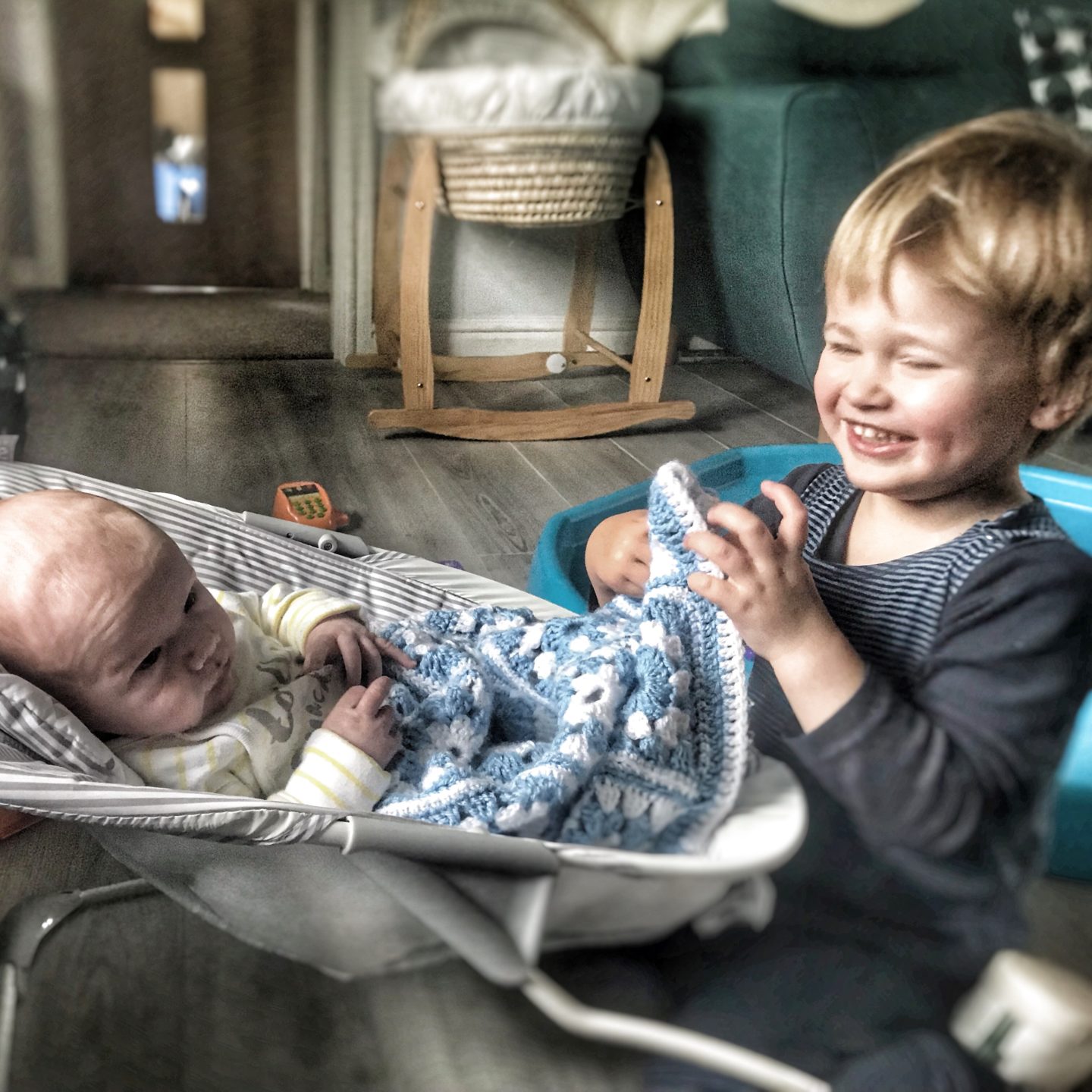 I can’t wait for the next few weeks when he goes through his first mental leap and begins smiling.

See you in one month for Felix’s Two Month Update.

Ahh he's such a gorgeous little guy, I love seeing the photo of him and Dex together - it makes things so much easier when they get along! So pleased that he's sleeping well and feeding like a champ, it must be lovely to look back on Dex's posts as well and compare the two, you forget so much! x

I'm so pleased Dexter has taken to being a big brother like a pro. Sorry to hear you were all ill that must have been difficult. Well done for getting the cot sleeping down! I'll have to pick your brains for some tips, although Neil says it's only a few extra cms away my baby seems to equate this to being miles away! ?