Brushing your teeth isn’t the most glamorous of jobs and trying to get your strong willed toddler to do his teeth every morning and night can be the biggest struggle ever. Talk about battle of the wills, We’ve had tantrums, tears, screaming and plenty of hitting out, but finally I have found a way that works for us that means I can finally stop being paranoid that he will lose all of his teeth before he turns two.

Dexter’s first tooth popped through at six months old, prior to this I hadn’t brushed his gums, although there are products out there that can safely and softly clean baby’s gums if you wish to start them early. After his first popped through, the rest quickly followed and by the time he turned one he had most of his front teeth and a couple of molars too. At this point I was letting him hold a toothbrush while he was lying on his back and I tried to prod another toothbrush into his mouth to scrub what I could see. I was mostly met with a clamped shut mouth and a wriggly baby who just wanted to get away. Most days it was a battle; I tried doing it with him on my lap in front of a mirror, sitting on the toilet, sitting on a comfy chair with a book and letting him simply chew on it, thinking that was better than nothing at all.

I then found a kiddy’s electric toothbrush which I brought home from Morrison’s one day and our lives changed over night. He loved the buzzing sensation it made and would put it in his mouth with glee. He loved it that much that it would be on for hours at a time and we went through god knows how many batteries. We were starting to make progress, but I still needed something else to perfect the routine. 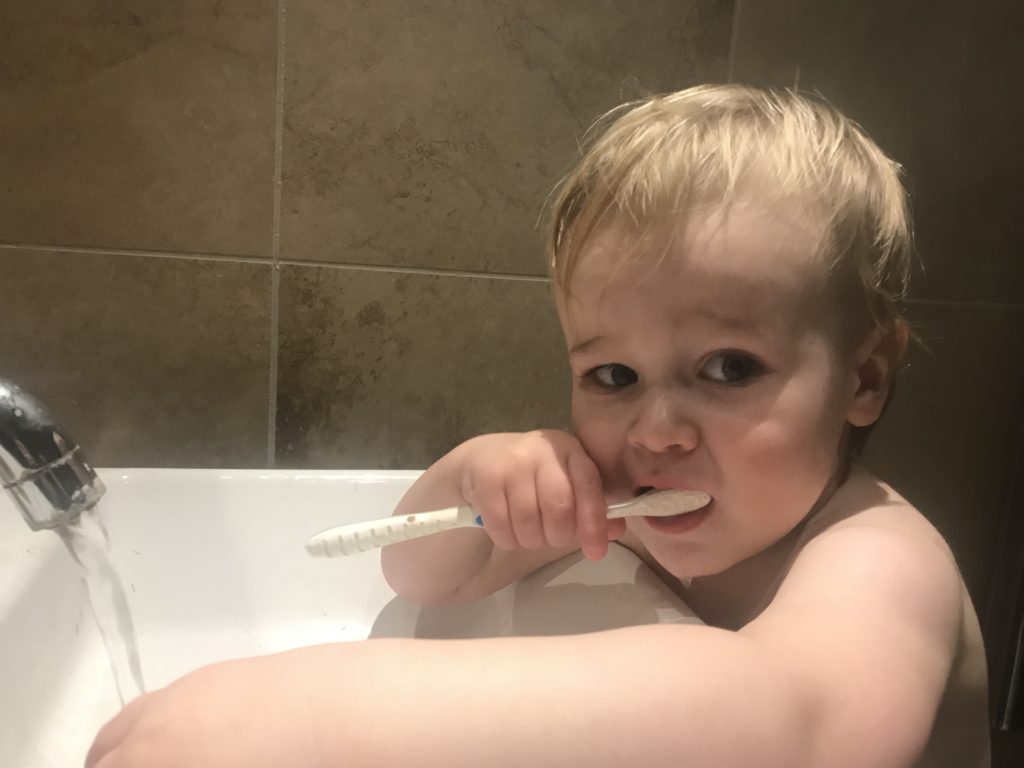 After an evening trip to Ikea, we came home with a small stool that I’d purchased so he could stand in the kitchen with me and watch me cook. I soon realised it could also be used in the bathroom and gave him access to the sink. Previously, we had been brushing his teeth in his bedroom; getting the toothbrush ready along with his clothes before getting him out of the cot of a morning. Now, we realised, we could get him up, take him to the bathroom, let him stand on his stool and let him see us prepare the toothbrush, turn on the taps and also watch us brush our teeth too.

He is not brushing independently by any means, but we have a routine that’s been in place for a couple of months and means we no longer have to struggle or have tears. I give Dexter his toothbrush each morning which has a smear of toothpaste on it, and he proceeds to suck it, stick it under the running water and suck it again. Meanwhile I brush my teeth next to him while sat on the toilet so he can see the motions I make. After I am done, I take another toothbrush with a little toothpaste smeared on and do his teeth for him. I explain each step, let’s scrub the front ones, now the back molars, now the ones at the top, now the other side at the bottom etc etc. Once I am happy they’ve had a good scrub, I let him do mine if he wants. I then let him stay at the sink for as long as he wants while I finish getting ready. (Trying to get him down before he wants to does not work out well for us!) 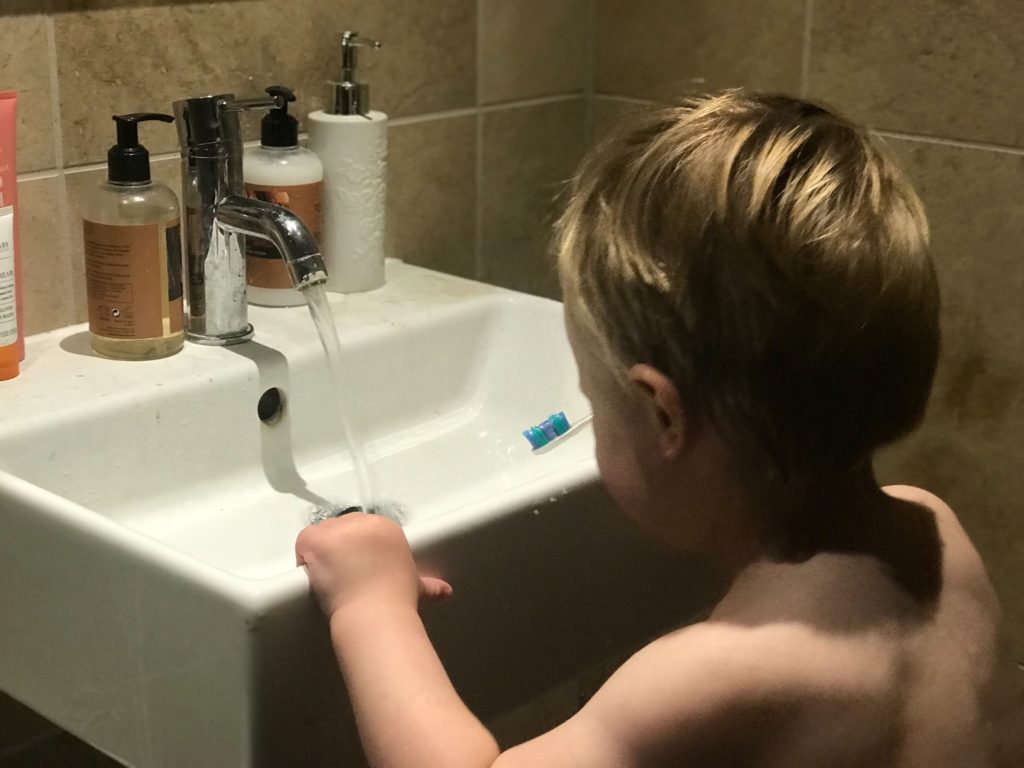 Some days we still have battles and I resort to some of the other methods I’ve listed below. If you too are struggling to get your toddler to let you brush their teeth, hopefully one of the ideas below will help you. Dental hygiene is so important and I think it’s so scary the number of children that are having to have their baby teeth removed now as such a young age. Although Dex has never had milk from a bottle in his cot and he has never had juice, he does eat a lot of fruit which contains a lot of sugar so I do worry about cavities and plaque.

How do you get your toddler to brush their teeth? 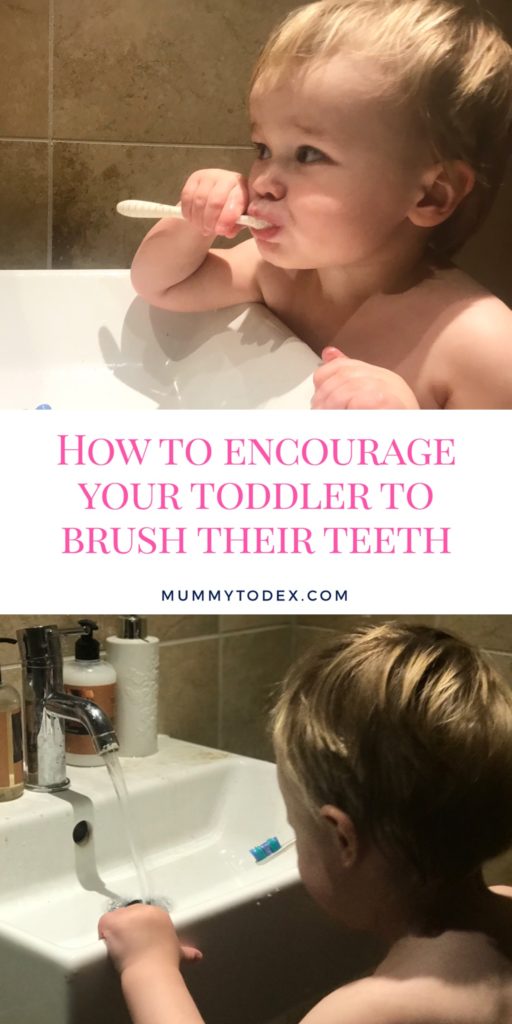