When Dex first started weaning, I gave no thought to the type of high chair we wanted and bought one of the first ones I found on Amazon. It was okay but I found it difficult to clean and I ended up having to cut out the straps because they were so filthy. At around eleven months of age, Dex started trying to stand up in it, and without the straps, the thing had become absolutely perilous so I decided to buy a new high chair. My mother-in-law had borrowed a Joie Mimzy Snacker from a friend and when I saw it in action, I decided it was absolutely perfect for use at home as well. If you’re thinking about purchasing this highchair, read on for our comprehensive Joie Mimzy Snacker review.

The chair retails for around £50 which is a fantastic price considering the quality of the Joie brand and the range of features it has. The Joie Mimzy Snacker promises to grow with your child and so is suitable from 6 months until the age of three. It comes with a large three positional tray with cup holder, a seat which reclines, equipped with a removable, wipable seat pad, a footrest and large storage basket which is positioned beneath the high chair. 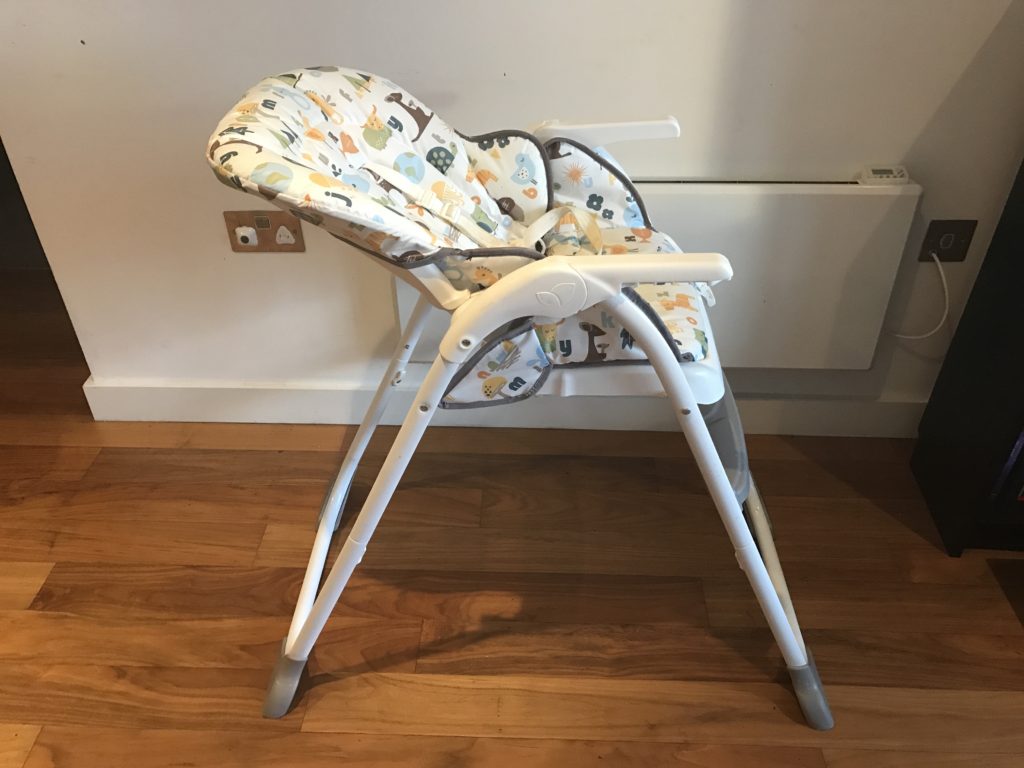 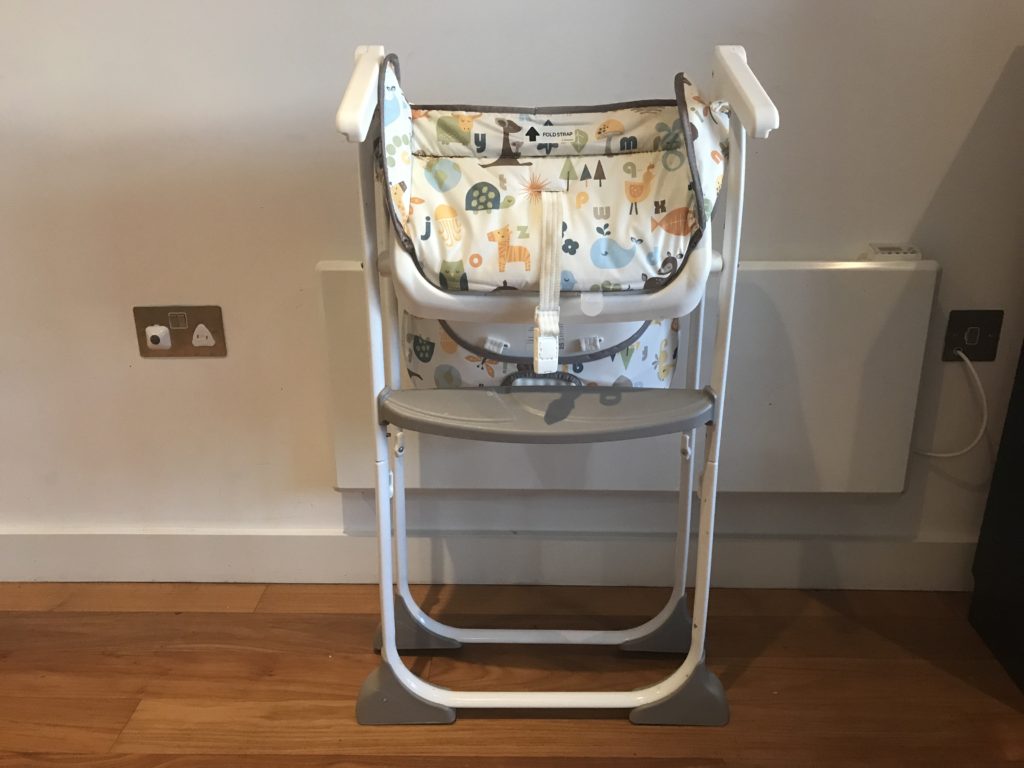 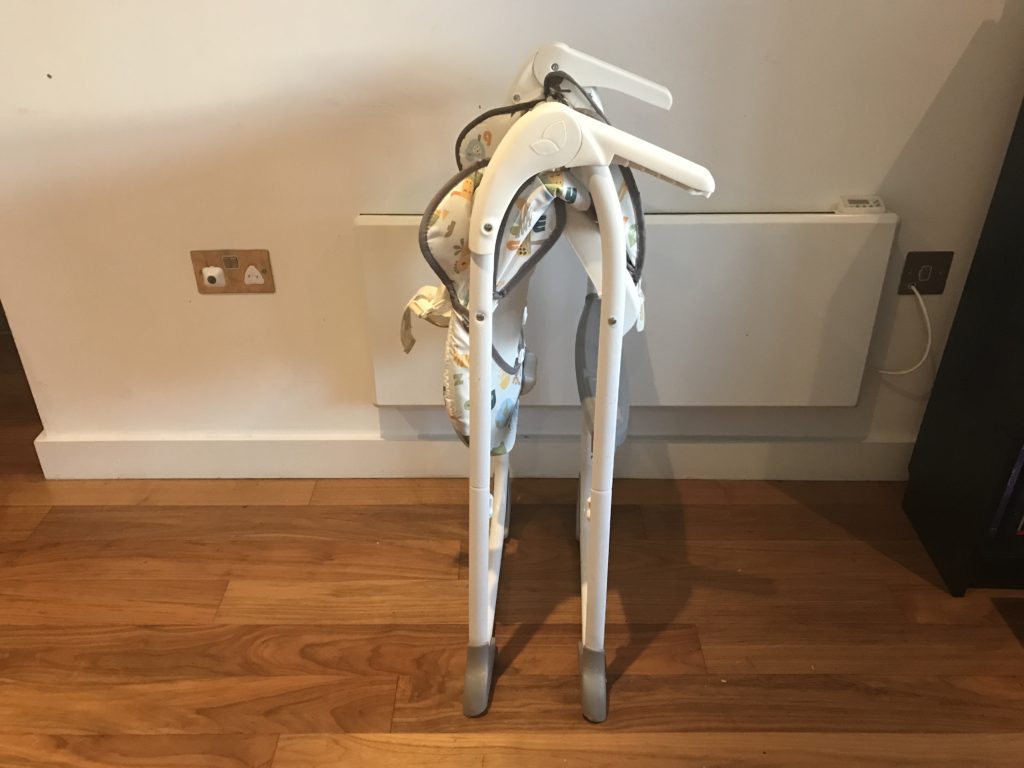 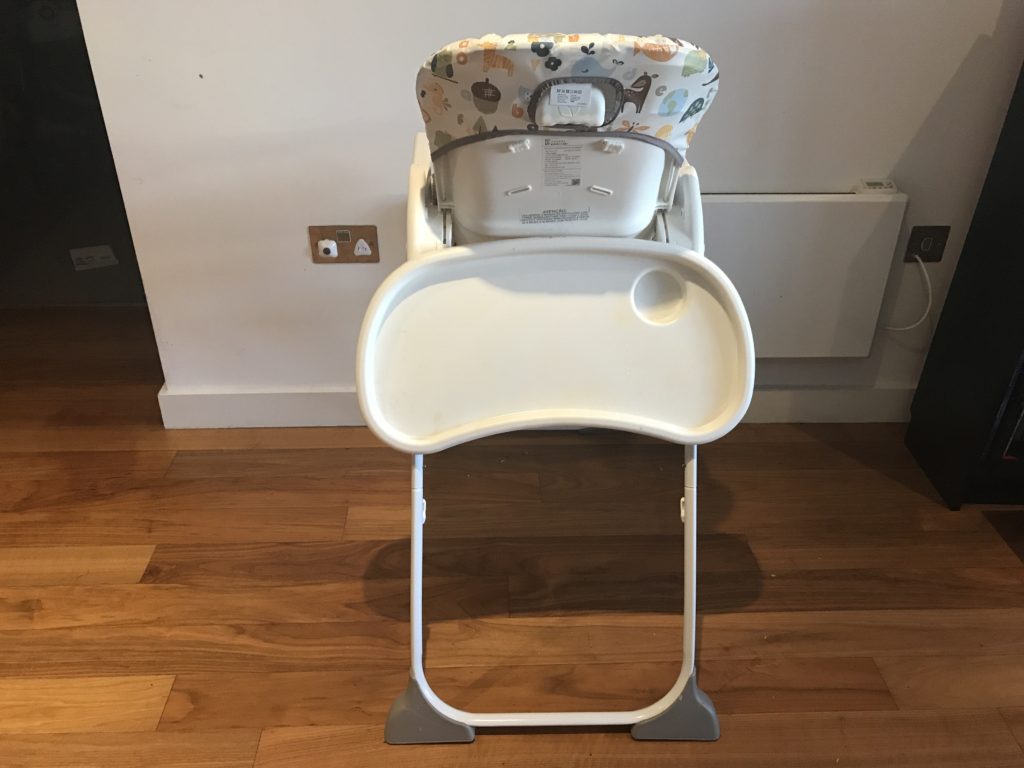 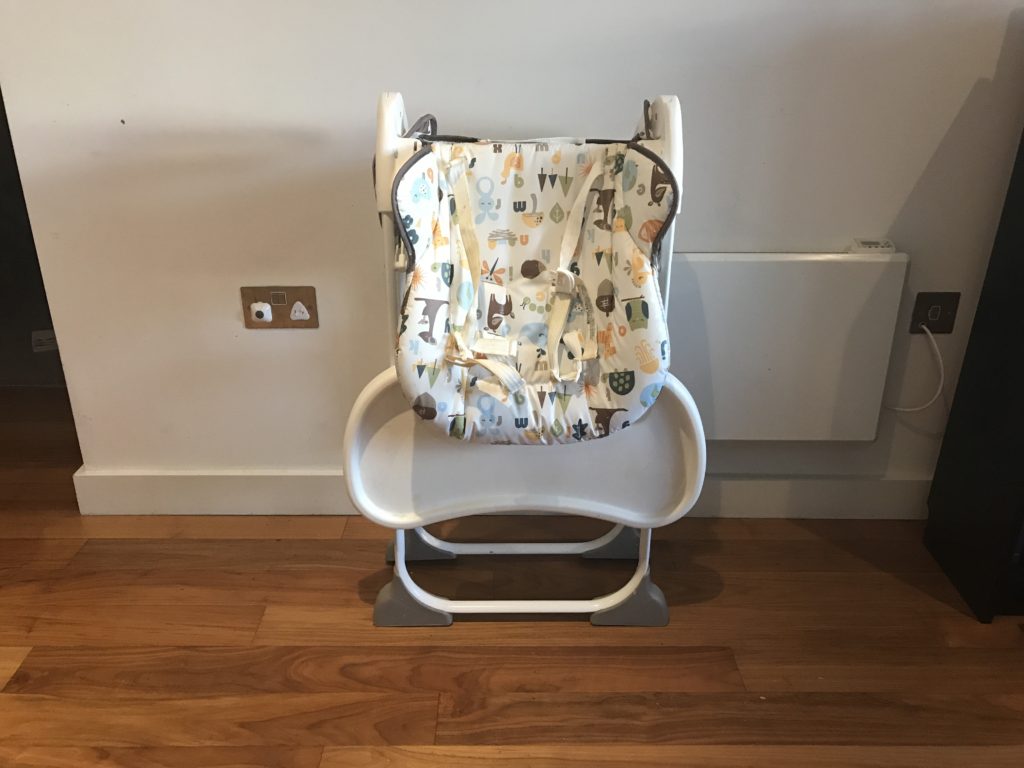 What We Love about the Joie Mimzy Snacker 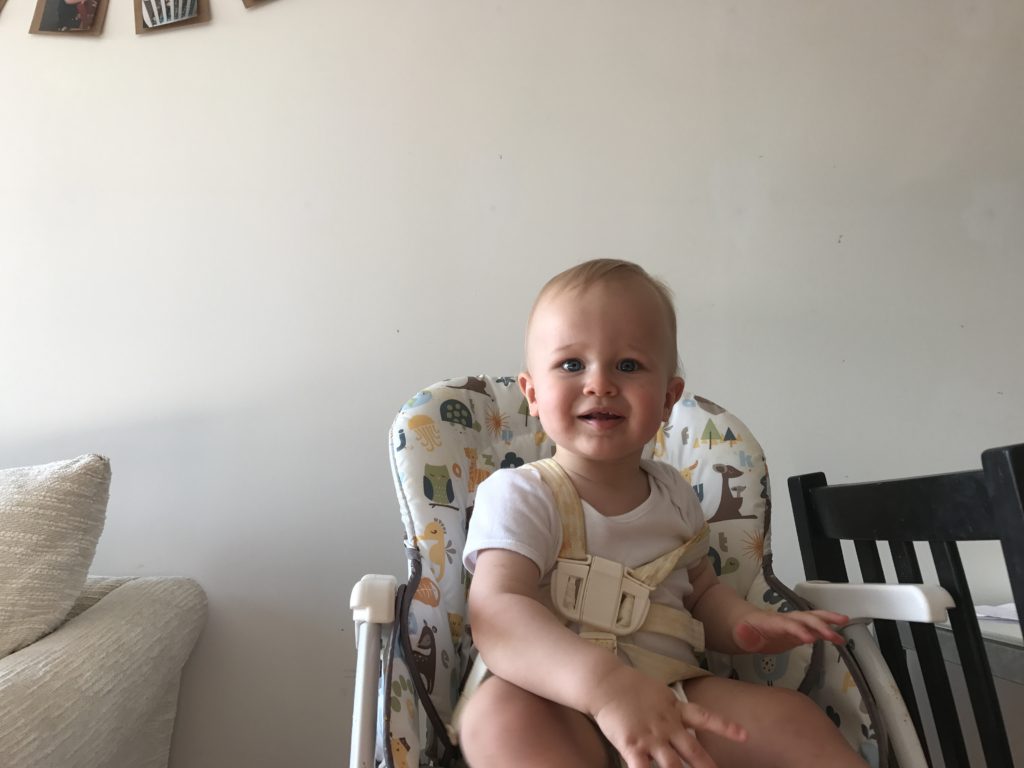 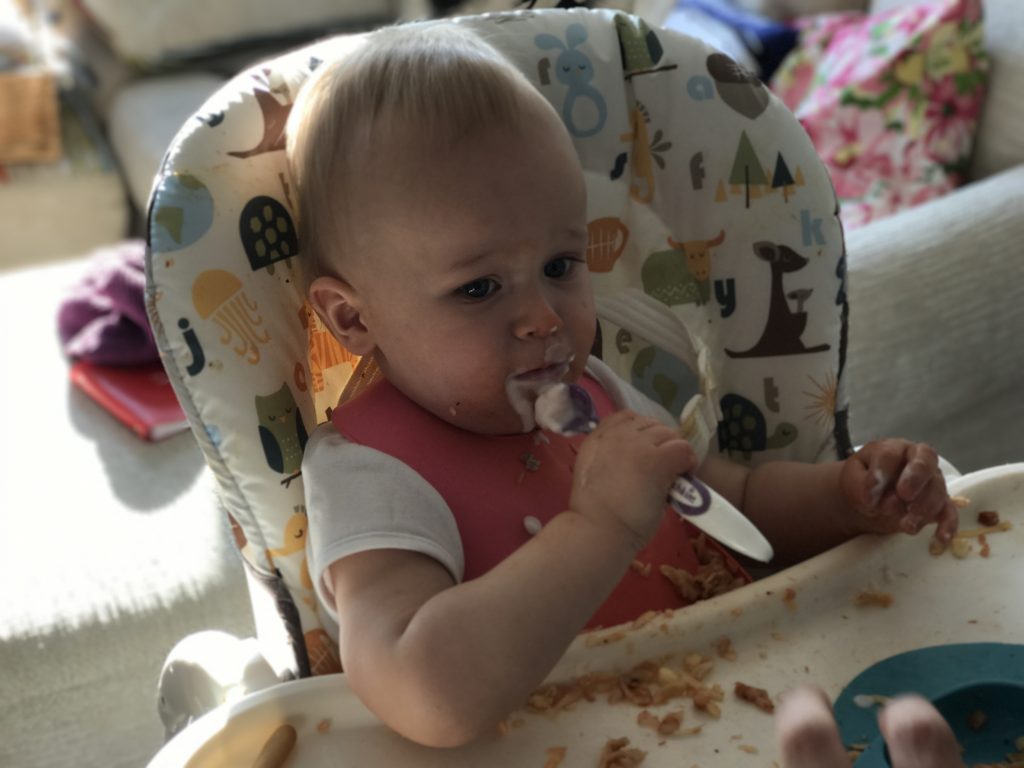 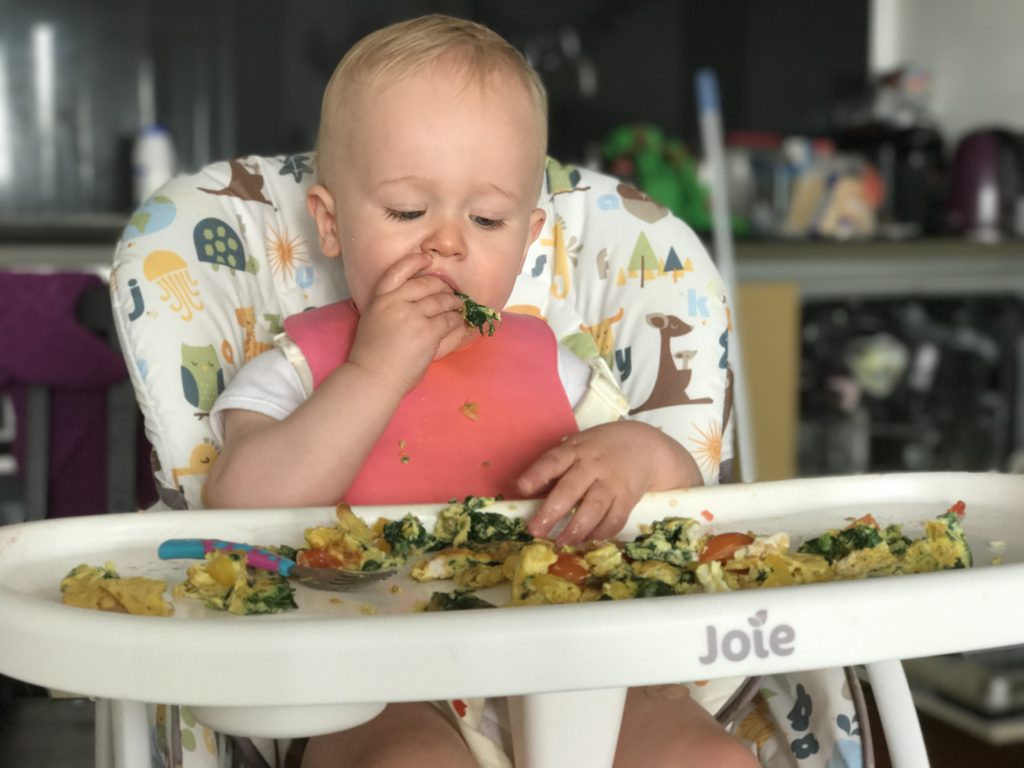 Our Verdict of the Joie Mimzy Snacker

I absolutely love this high chair and so did Dex. He was so much more comfortable in this highchair compared to his first one and was happy spending a significant amount of time in it playing as well as eating. I love how compact it is when folded and the designs are just so pretty. What’s more the price is just phenomenal. We kept this highchair for our second son and found it didn’t hold him up quite right when he first turned six months, but as he grew bigger, it became our favourite highchair to use again, after a couple of months of using the Ikea Antilop.

Thank you for reading my Joie Mimzy Snacker review. You can read more of my reviews of baby products here.

Let me know what you thought of this Joie Mimzy Snacker review by leaving a message for me in the comments.

Love the look of this high chair, especially the big tray - always handy.

A couple of my friends have this one and rave about it as well! He looks very happy in there!