It’s only been five days since we found out for absolute certain that we were expecting again and it’s been a whirlwind of emotion, early pregnancy symptoms and a teeny weeny but of terror since we got a positive digital result on Monday.

Firstly, I’ll start by saying that I am writing this now at 4 weeks and 5 days pregnant, but have no intention of publishing for a looong time yet! So if you’re reading this, probably best you know I am by now a lot further on!

We have been extremely lucky to conceive as this cycle we only did the deed once and miraculously it must have been the absolute right moment of the month because lo and behold, only a week later I was feeling very strange indeed. 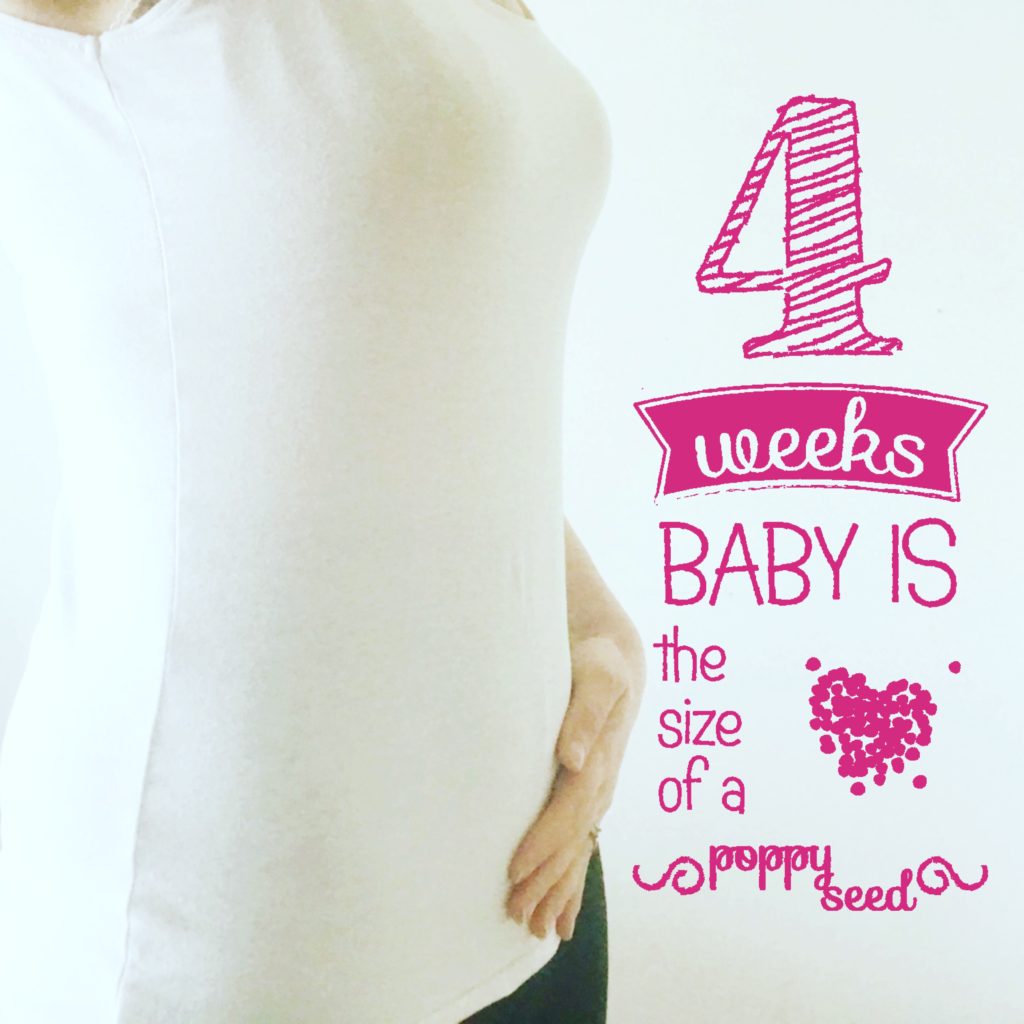 It’s not unusual for me to experience anxiety on a daily basis which I put down to excessive consumption of caffeine on a regular basis, but what I started feeling last week was beyond the normal realms of anxiety and I felt like the world was coming to an end. I was worried about everything and couldn’t stop crying over the tiniest of problems. I mislaid two cheques given to me for my birthday and I cried for an hour over it, spending the next few days worrying until I found one and contacted my Uncle about the other. I sent him a long rambling email about how awful I felt and cried and cried as I typed the words out. All sounds so very silly doesn’t it? I was a complete emotional wreck. 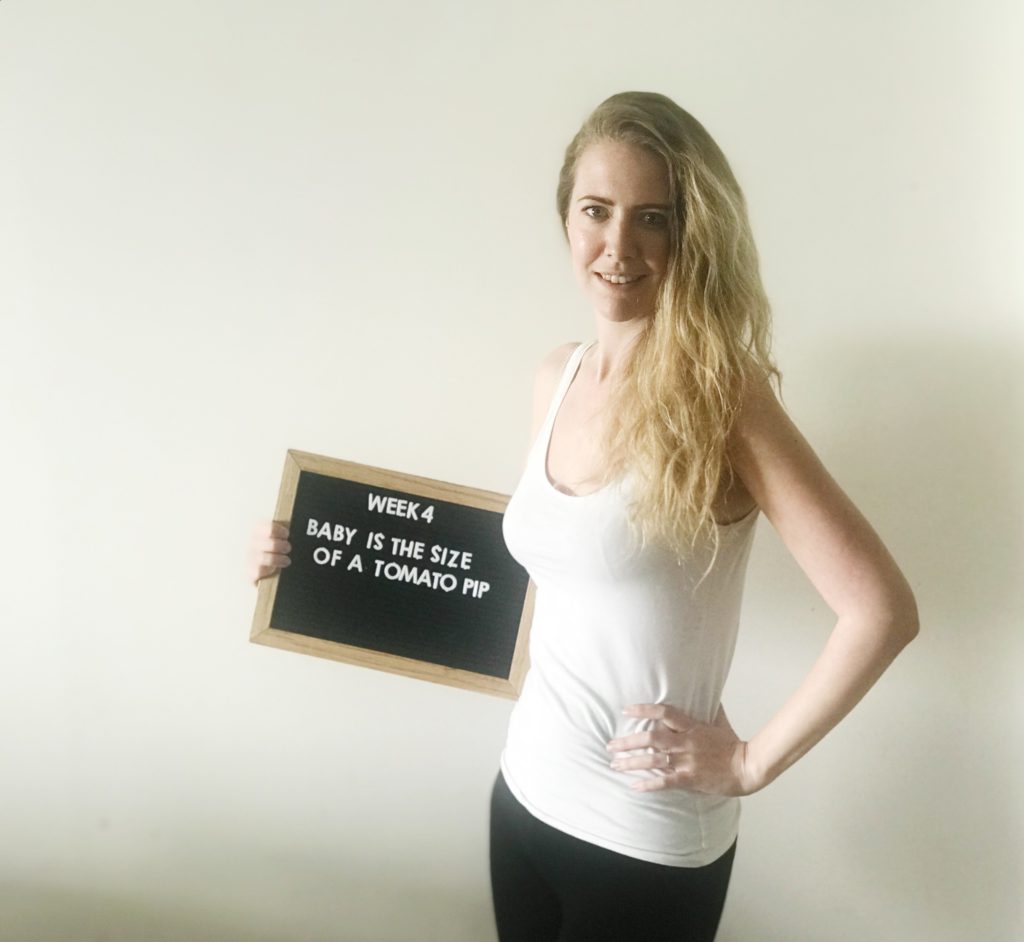 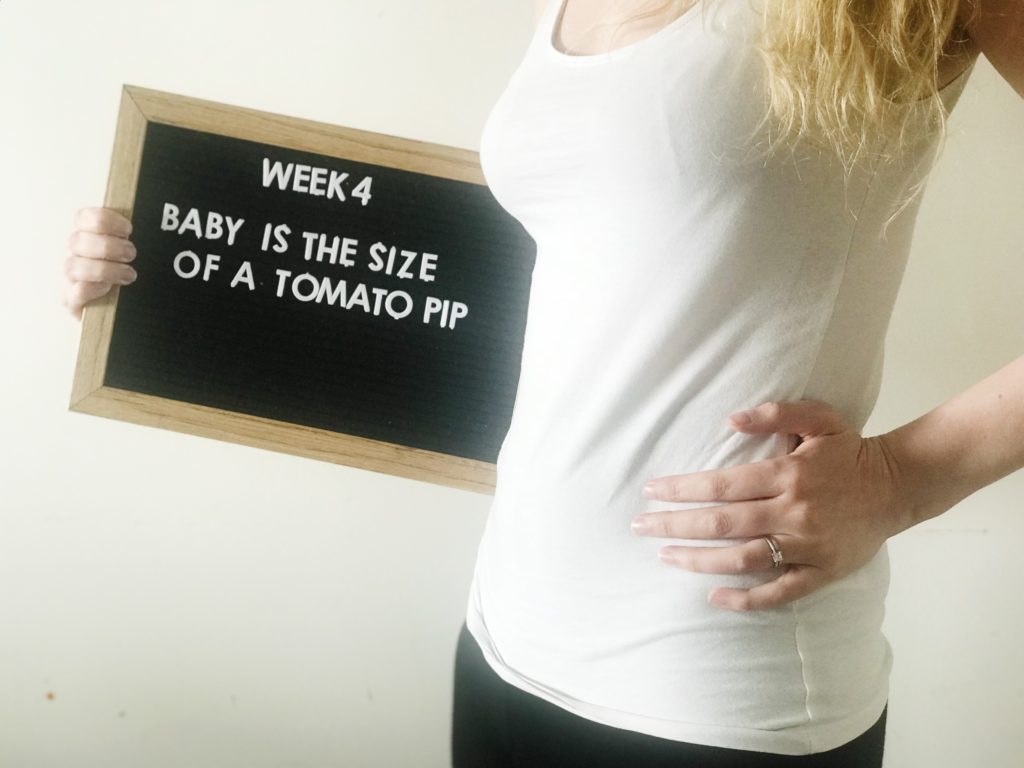 I always have a little stash of pregnancy tests and strips in the bathroom as my cycle has been all over the place the last year so I did a wee on a strip and after a few minutes the faintest of faintest lines appeared. You had to really squint to see it but it was there. I showed my husband but I don’t think he was very convinced.

Each day that followed I did another test, this time upgrading to sticks and each test showed the faintest of lines. By Monday I couldn’t wait anymore and bought a digital test. It had now been two weeks since we had done the deed and I was desperate to know. At the supermarket I debated buying one test for £6.50 or two for £8.50 and went with the one. I got home, weed on it and it didn’t flipping work! I was livid with myself. Why didn’t I buy the double pack?! 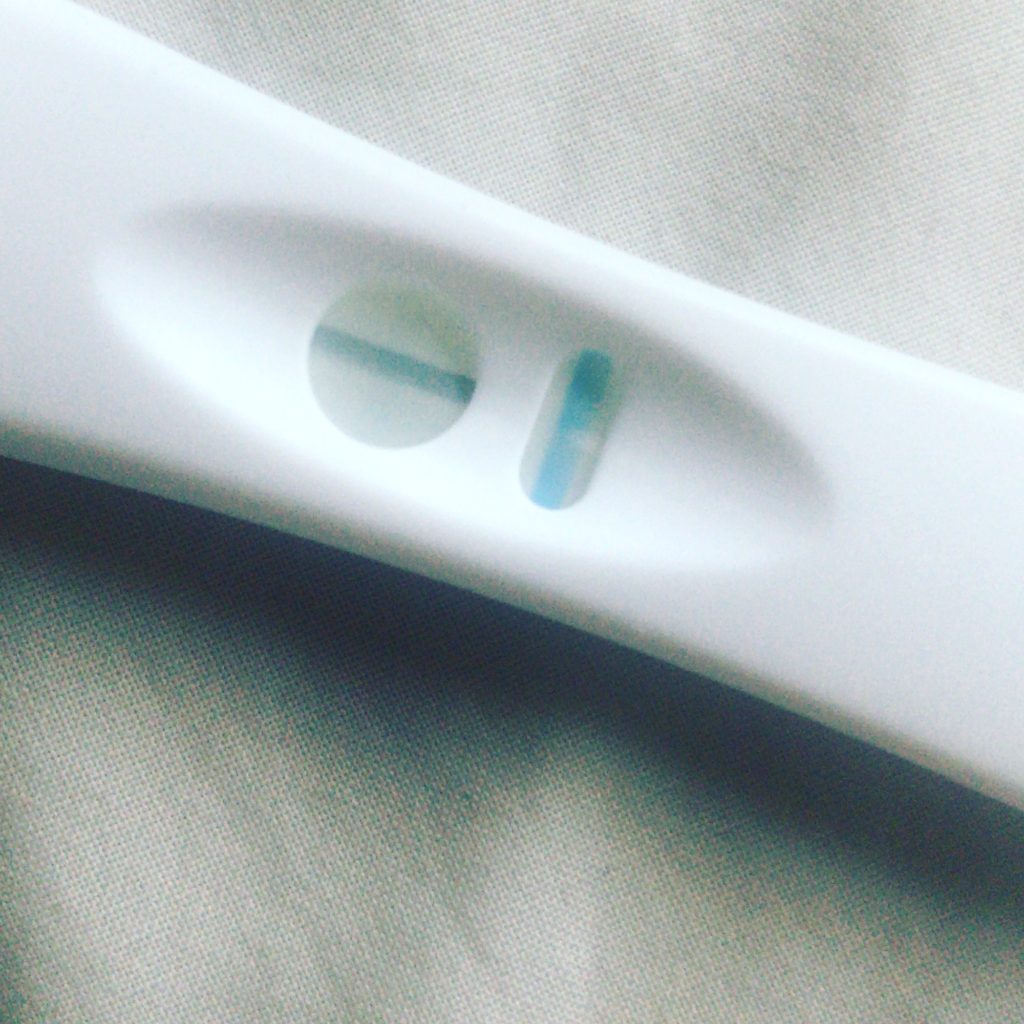 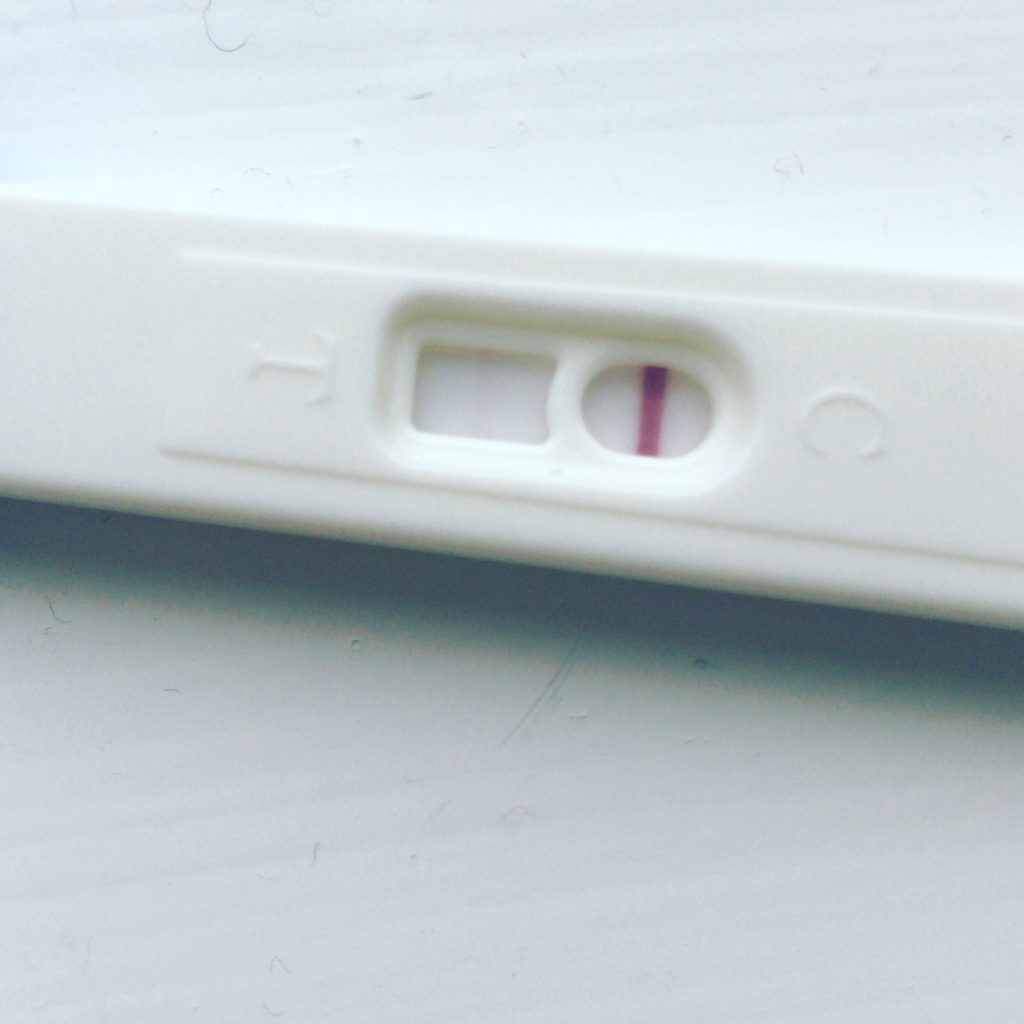 I sent my husband back out and at around 8pm I did the test again and it worked! We waited for a couple of minute and then it appeared on the screen: PREGNANT 2-3 weeks. We were over the moon, but I was also scared.

So much goes through your head when you find out you’re expecting again and when it’s your second child the guilt hits you straight away. How can I love another child the same? How will Dexter cope with someone else taking my attention? Can we afford it? How will I cope with having more time off work and will my career be affected? What if I have to go off sick again? What if Dexter hurts the baby? What if something goes wrong? So many ifs and buts and worries but also so much happiness and gratefulness than we’ve been so lucky to conceive so quickly yet again.

Today the inevitable painful boobs started and I am unable to cope without wearing a very supportive bra. The bloating I had a week ago (another early symptom) has settled down but the thirst, frequent weeing and night sweats has already begun. 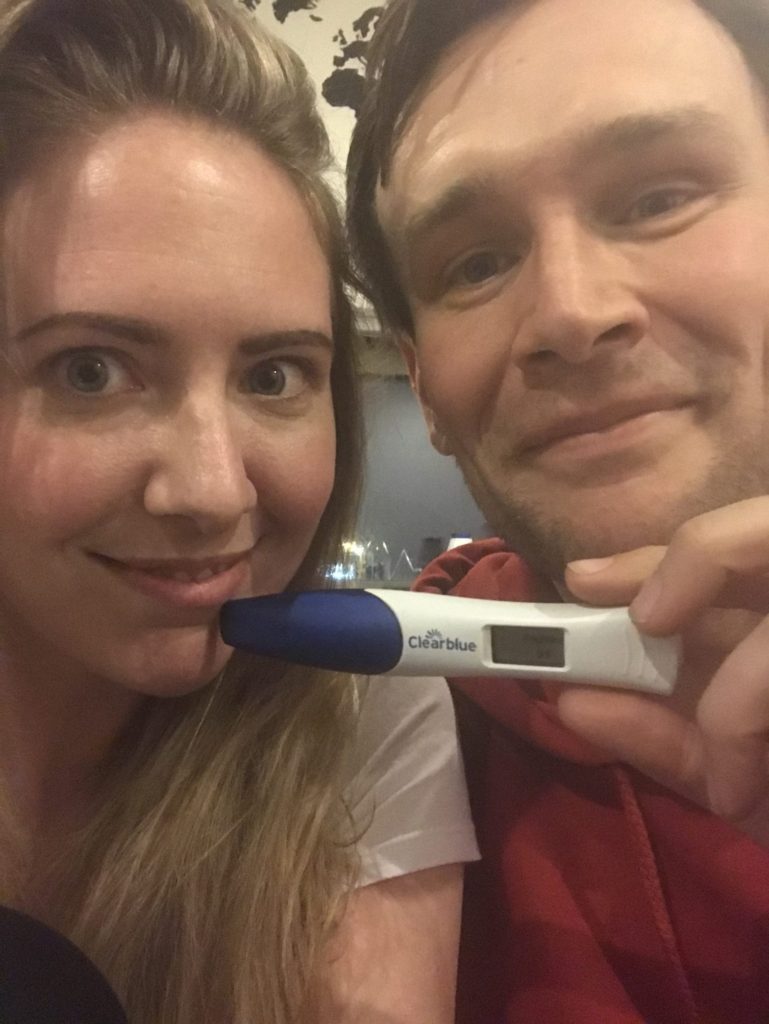 I organised my booking in appointment this week which is due to take place next week. Very early I know as I’ll only be 5 weeks but I’ll be glad to get it done so I know when my scan will be.

I’ve been taking my folic acid regularly and have stopped drinking caffeinated coffee. I’ve been more aware of what I’m eating and started having more fruit and vegetables.

I’m hoping that this time I don’t end up in the EPU with bleeding like I did last time so am keen to avoid any stressful situations. I’m trying to be as laid back as I can be considering how much anxiety I am feeling.

Most of all I am trying to appreciate every single day of my pregnancy. I’ve downloaded a couple of apps to keep track of what baby looks like and have been documenting my journey on a private Instagram account. I’m determined to make the most of every single day as this will probably be my final pregnancy.

I cant believe I didn't know about your private instagram account! I do love how you have documented this though, I have failed miserably so very pleased you are doing it as it is something very special to look back on and remember!

Sorry you were feeling anxious, I know exactly how that feels and it feels like the end of the bloody world! damn hormones xx