Living in the city centre can be lots of fun: you are close to loads of bars and restaurants, work is only a stone’s throw away and you have the world of shopping on your doorstep; one thing I do worry about though, is the air quality. We live on the docks and a few miles down the road, in sunny Bootle, there is a huge industrial estate with factories which pump god knows what into the atmosphere. The road we live on which is affectionately known as ‘Dock Road’ sees hundreds of articulated lorries going up and down it at all hours of the day and of course there is all the added smog of city centre living: petrol fumes, second hand smoke and just the general amount of people crammed into such a small area. I was interested to see whether the pollution I was all too aware of was making its way into our city centre flat so was delighted when we were sent a Foobot Air Quality Monitor to try. 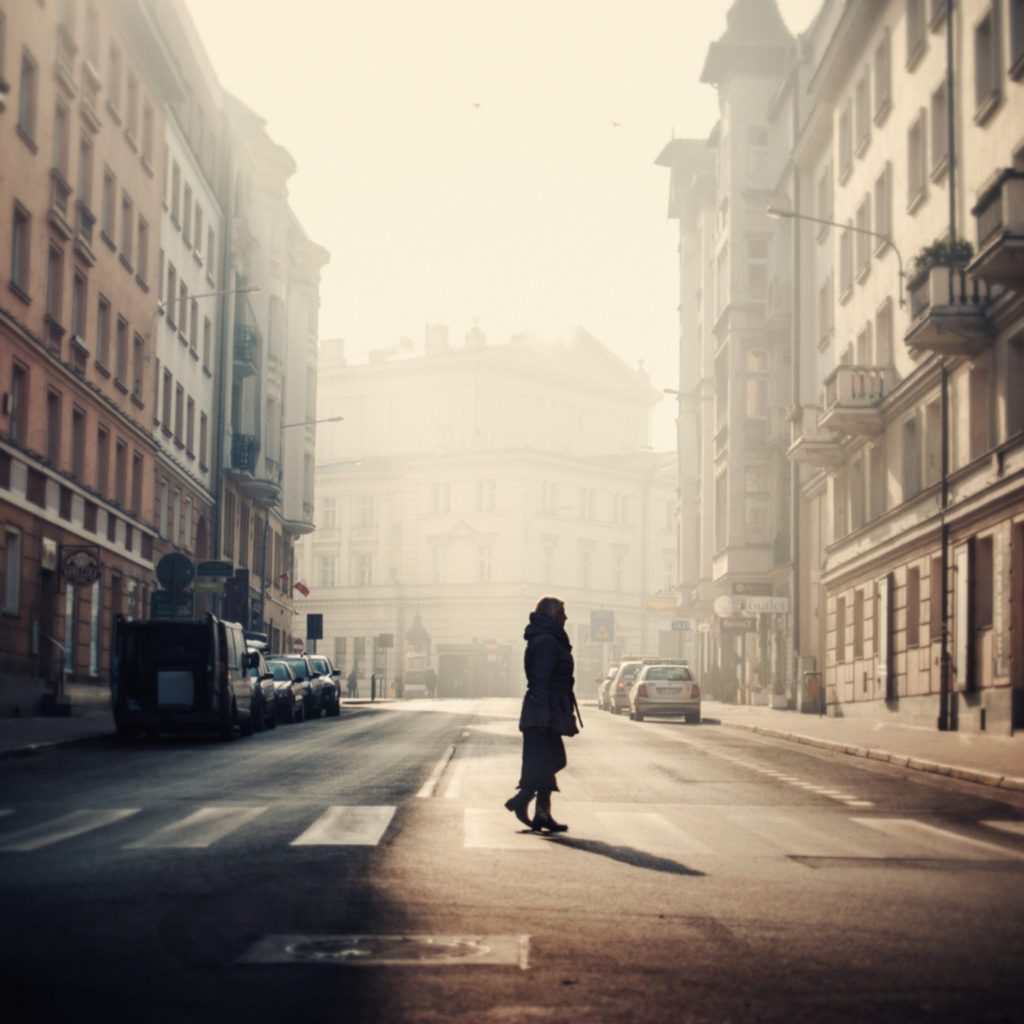 Foobot describes itself as an air quality monitor which helps you take control of your air quality, making the invisible, visible. Something which has been very important to me since bringing Dexter into the world. It’s one of the most advanced data processing smart monitors on the market and works by scanning your environment day and night to provide you with warnings and actionable advice to keep the air quality clean.

I was excited to get the device up and running after reading that improved air quality could result in better sleep, improved energy levels and increased focus and productivity. All things that I seriously needed to improve. 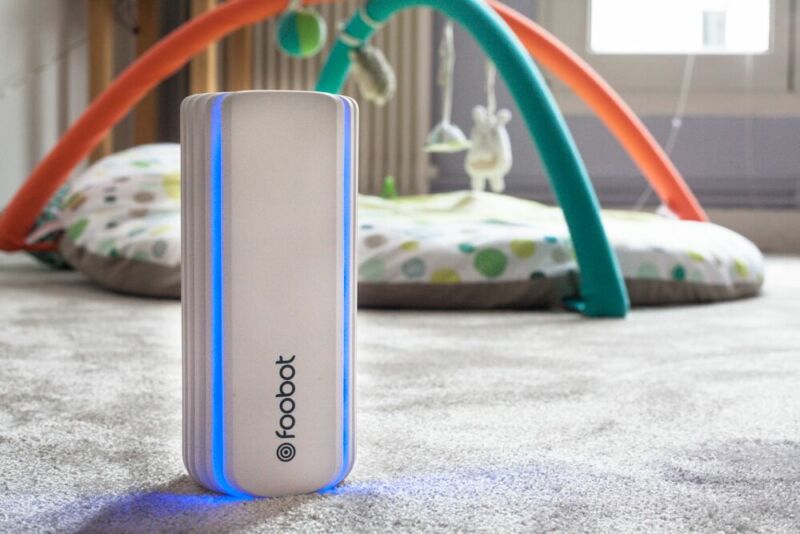 Setting up the device was easy. Firstly I downloaded the Foobot app, told it I had a Foobot which was plugged into the wall and tapped Setup My Foobot. I then had to wait for a few seconds before turning the Foobot upside down and back round again to make sure it was connected to our WiFi. It can take up to three hours for Foobot to get used to it’s environment but after that you are good to go.

Foobot uses internal sensors to measure chemicals and particulate matter and alerts you via the app if it detects anything concerning. It measures PM2.5s which include minute particules such as dust, pollen and pet dander; Volatile Organic Compounds (VOCs) which are toxic gases such as carbon monoxide, formaldehyde and ammonia; carbon dioxide which can indicate poor circulation; humidity and temperature.

The app was really straightforward and easy to use and denotes how good your air quality is by using different coloured backgrounds: blue for good and orange for fair to poor. It also gives you a pollution score out of 100 with 100 being highly polluted air. It has real time readings of the PM2.5s, carbon dioxide and VOCs and keeps a track of the data in a handy little charts area. 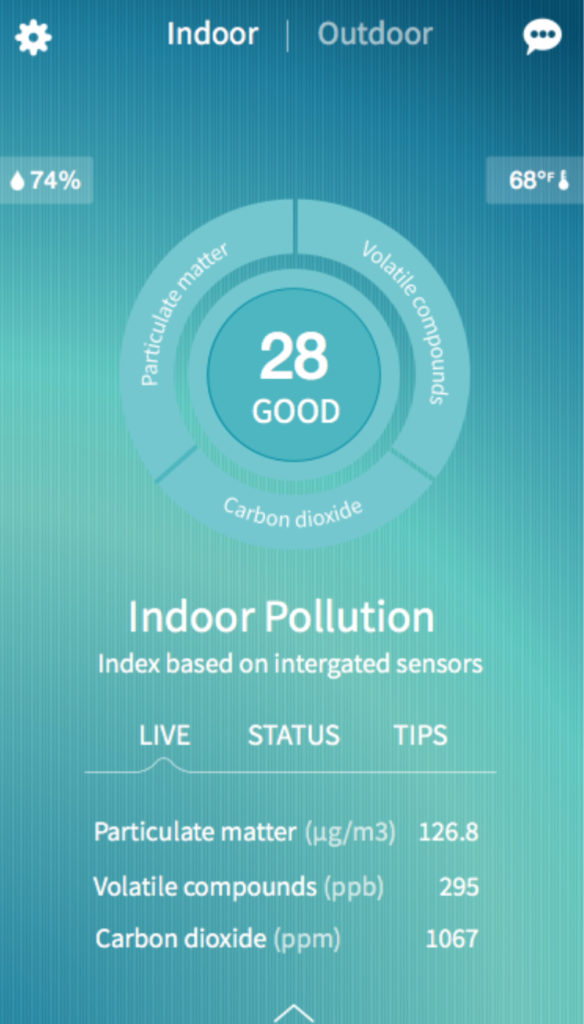 So what did we learn from using the Foobot? Well, pollution in our flat wasn’t nearly as bad as I thought, but one thing I did realise is that we need to ventilate the kitchen and lounge area when we are cooking as this tended to cause problems to the air quality. We now make sure we have the extractor fan turned on and a few windows open to combat this.

*Photo Credit: Then There Were Three