We were invited to our first wedding as a family last month and boy, was I nervous! Dexter thrives on his routine which involves a nap most days, getting out and about to places he knows and recognises and being among people he is familiar with. If you try to take him outside any of this, meltdowns tend to ensue which, at the moment, they are really hard to cope with, what with me being heavily pregnant.

The wedding in question was Neil’s beautiful cousin’s wedding in Cheshire which is about an hour’s drive away. Although I was super excited to spend the day celebrating with our family, I was nervous about how Dexter would cope with not being able to nap, having to sit for over two hours during a wedding breakfast and being able to sit quietly during the ceremony. Neil’s cousins have two gorgeous little girls who are slightly older than Dex who in comparison always seem so well behaved, while Dex is like a tornado, ripping through the air like a bat out of hell. I was worried.

I can now safely say, after the event, that it was nowhere near as bad as I thought and through preparation and trying to be as relaxed as possible about his ‘behaviour’, we all had a really great day. So, what worked for us?

1. Pick a comfortable outfit together. 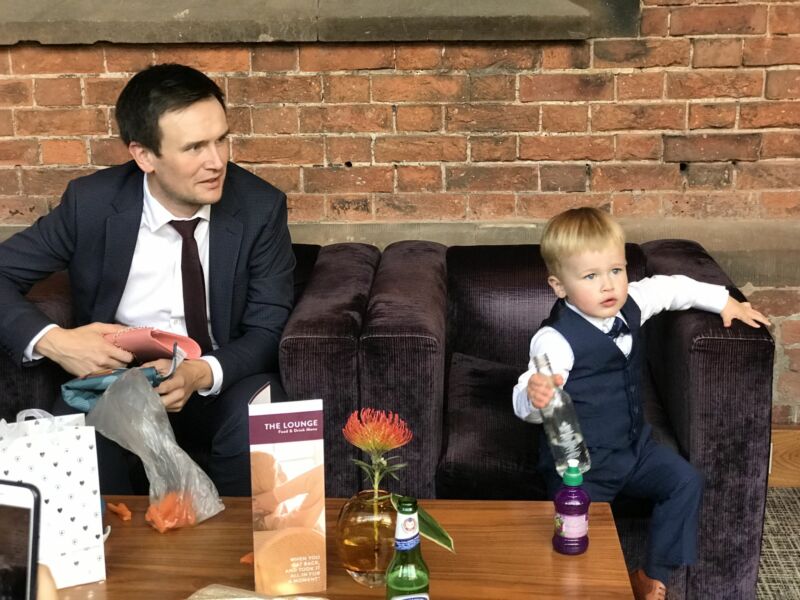 We went to a number of shops to look for an outfit perfect for the wedding of the year, but no one came close to John Lewis in terms of style, quality and price. We involved Dexter in the process as much as possible, showing him the different options and letting him pick his own bow tie. We had a dress rehearsal before the big day and his Daddy chose an outfit to complement his, meaning Dex felt like a real grown up little boy.

2. Leave plenty of time to get ready and get to the ceremony

I like a good lazy morning as much as the next person, but the one key thing I’ve learned being a Mum is that you cannot rush a toddler: it will result in a tantrum that never ends and you won’t get anywhere fast. On the morning of the wedding we got up nice and early and set ourselves a deadline of when we needed to leave, giving us a plentiful two hours to get there. The night before I packed Dexter’s bag along with the wedding card, gift and my own handbag. 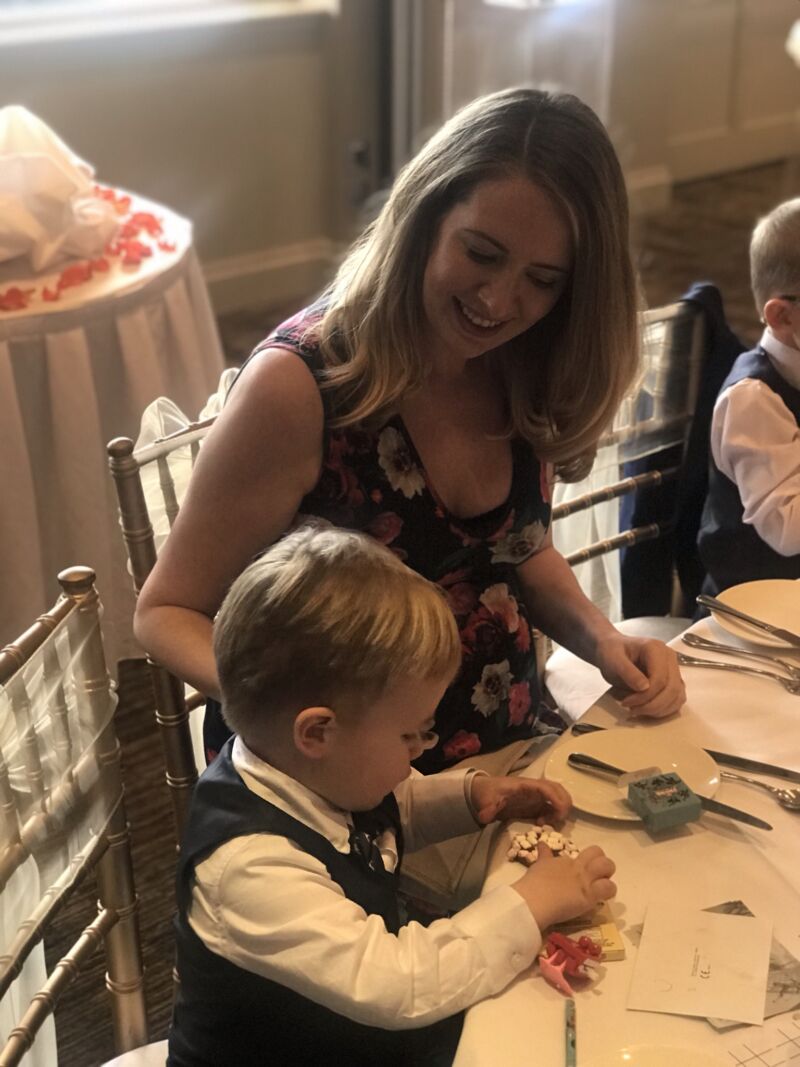 Sure enough, on the morning of the wedding, Dex decided he didn’t want to wear his shirt as it was too uncomfortable. If we had been rushing, we would have been late, but we had the time to sit down, reassure him that he looked great, wipe away his tears and come up with a plan which involved him wearing a cotton vest underneath his shirt. Disaster averted, we left on time and arrived early for the wedding.

3. Pack a bag with everything you can think of

Dexter is obsessed with a few things at the moment: cars, aeroplanes, YouTube, snacks, books and juice. Guess what I packed in my changing bag apart from nappies, wipes, nappy bags and a change of clothes? Yep, all of the above, plus my phone charger incase we had to rely heavily on YouTube (yes, there were some key moments when it was needed, no guilt here!) 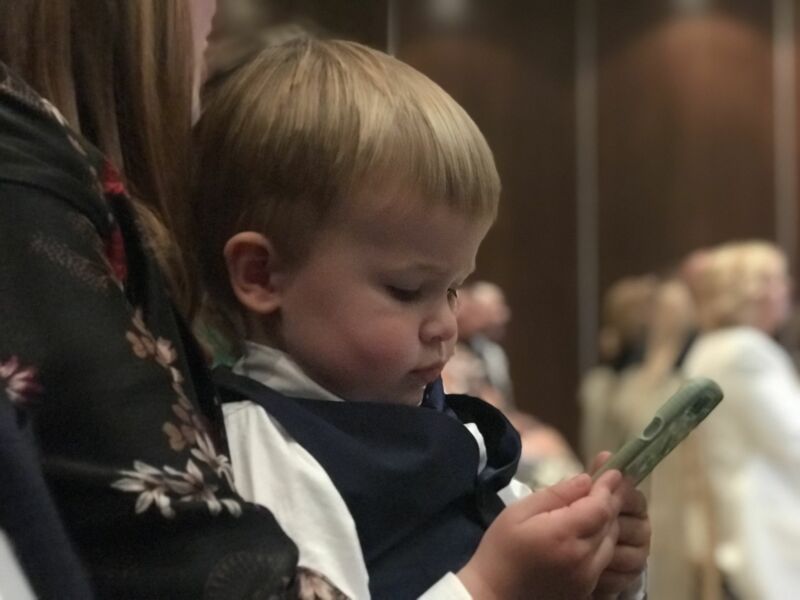 Dex even made a new friend who was sat on our table who he could play cars with and he received some lovely favours from the bride which he loved playing with too. If he got bored with something, out popped another treat from the bag, and let me tell you, did he got bored during that wedding breakfast!

4. Get your relatives on board 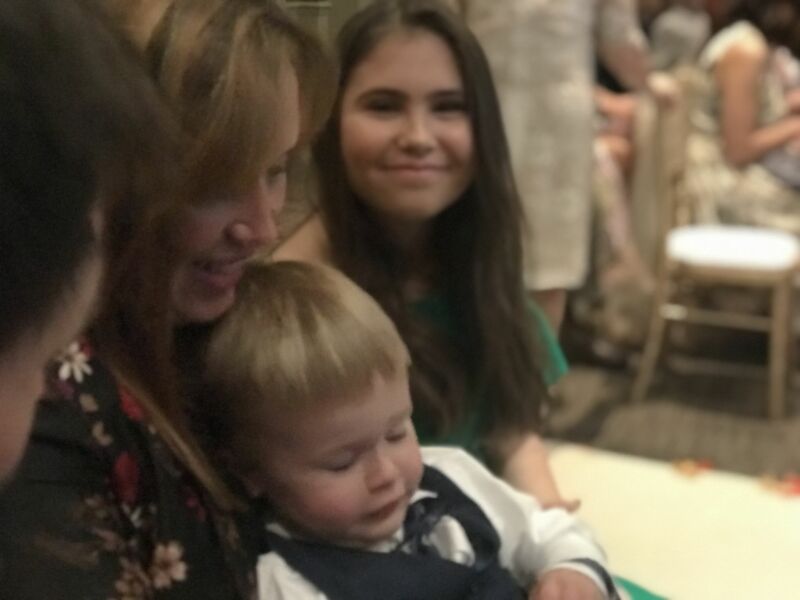 Luckily Dexter’s Auntie Jo hadn’t seen him for such a long time that she was more than happy to entertain him when all he wanted to do was run away from Mummy, and I can’t tell you what a relief it is to have family on board to help: suddenly you have five adults to one feral child and you finally feel like you have a hold of this parenting thing!

One thing I’ve learnt being Mum to a toddler is you need to tell them everything that is going to happen so that they can prepare for it. I find it so much easier if I start about a week before a big event explaining that we will go in the car for around an hour, we will watch Cece’s Mum get married and then we will have a lovely meal together with Nanna and Auntie Jo. Yes, you can’t prepare a toddler for everything and anything can go wrong (Nanna was late due to traffic so there were lots of questions about where was Nanna) but it gives them some idea of what is going to happen and who they will see, avoiding the meltdown when Uncle John comes over and he has no idea who he is.

Toddlers are boisterous, hate sitting still and want to investigate EVERYTHING. I tried my hardest to be as relaxed as possible even when he decided to do dizzy twizzies by the very beautiful and delicate cake.

I’ve noticed as soon as my stress levels start rising when I’m worrying about judgement from others, Dexter’s tantrums and behaviour worsen, so I calmly distracted him away from the cake and let him run off elsewhere. Thankfully he is at an age where he won’t go too far away from Mummy and Daddy (a year ago he would have been off without a backwards glance) and a wedding breakfast room is a safe environment where everybody knows each other to some degree. Relaxing felt good.

So that pretty much sums up my advice for taking a toddler to a wedding. Try your best to enjoy the day and remember, people will be more focussed on the stunning bride than your feral child anyway! And if worst comes to the worst, you can always pack up and go home. I don’t think anybody expects a toddler to be able to last the full day and night of a wedding. 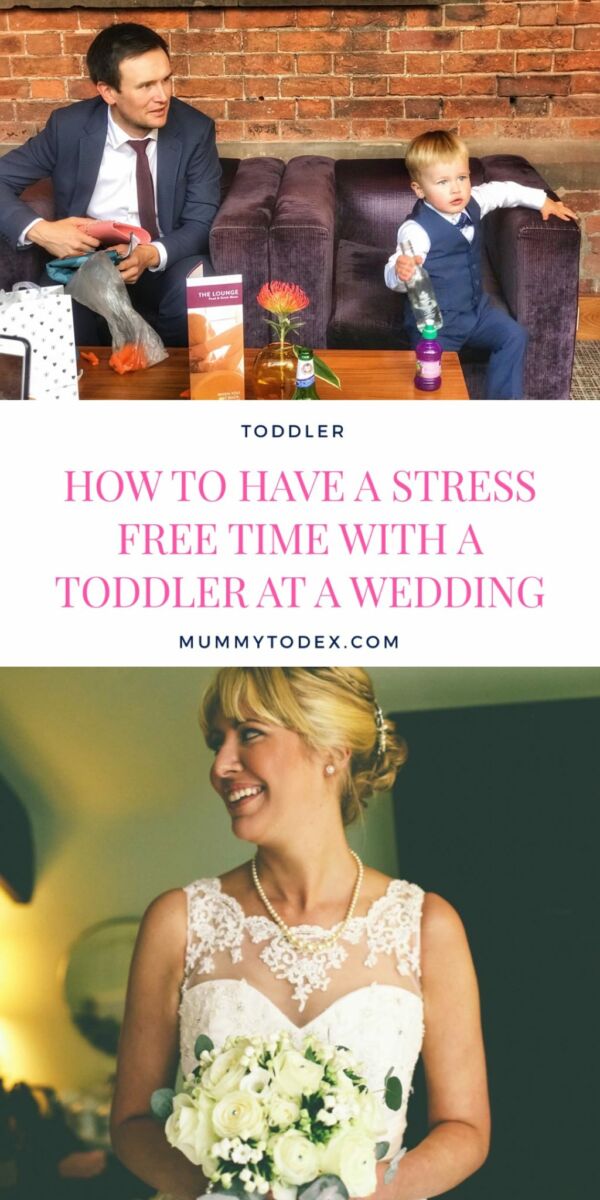 Some great tips, especially discussing things beforehand - these toddlers love to know exactly what's going on don't they? Also the need to leave yourself plenty of time, I'm the worst for forgetting to do that and then getting stressed when we have to rush around!