Time moves so fast. Especially when you spend forty hours a week in work and thirty two hours a month commuting. The days turn into weeks and the weeks into months, and before I’ve even had a chance to check, I have a fully fledged toddler on my hands. A toddler who is fiercely independent, determined and knows exactly what he wants.

From the moment he was born, the midwives told me Dexter had good tone. I nodded along smiling, agreeing, but I had no idea what they were talking about. It has become apparent over the last couple of months exactly what it means: he’s bloody strong. He was rolling over at twelve weeks old, crawled at seven months and was pulling himself to standing a few weeks later. He started walking when he was thirteen months old and hasn’t looked back since. He’s tall; he can reach the kitchen worktop and can climb in and out of the bath. He knows to move chairs to get to what he can’t reach and has no fear in getting up onto chairs and standing on tables.

He has a vibrant personality and has just started talking. He doesn’t always make a lot of sense; he calls me Sarah and babbles incoherently when I respond to that name. He can follow instructions and knows when he can and can’t do something. He tests the waters by attempting certain things while looking at me for my reaction. He looks for boundaries and rarely accepts it when I tell him no.

The days can be good and they can be really bad. Horrendous. Draining. Some evenings I can barely cope anymore and as soon as my husband walks through the door, I have to leave. I don’t leave the house, but I can’t be in the same room as Dexter any longer. It sounds absolutely awful to say, but some days he pushes too many buttons and he physically hurts me. 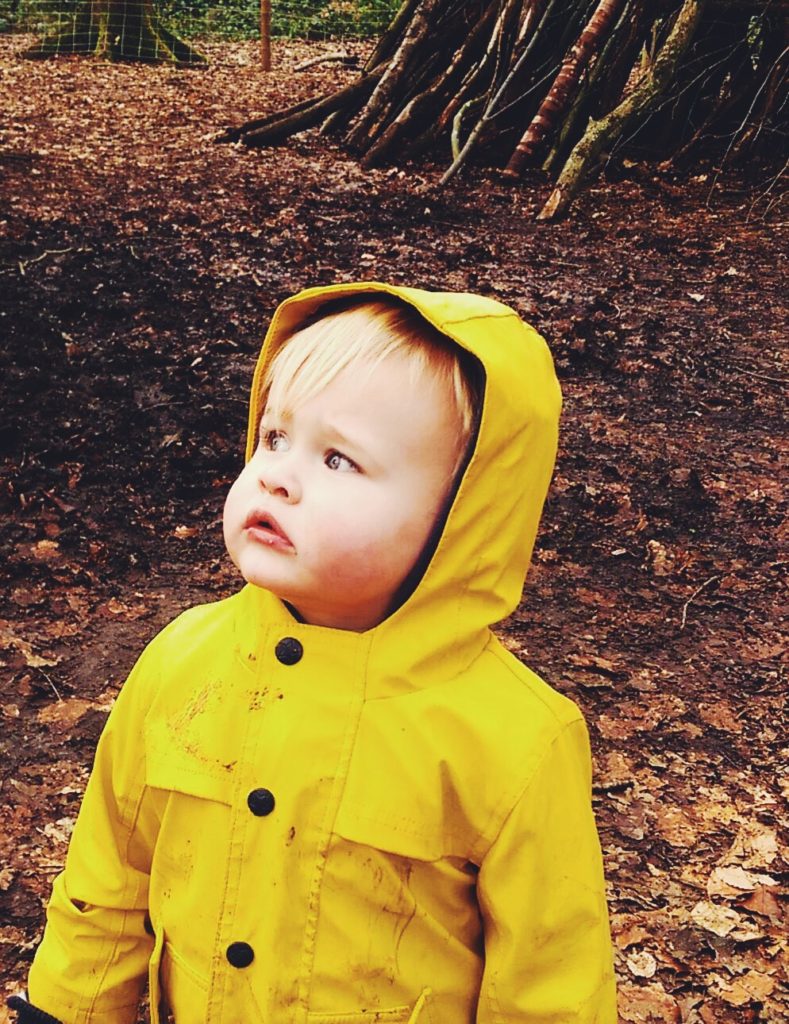 He gets overtired easily if he doesn’t have his routine and he doesn’t like to be told. Some days he finds it incredulous that he can’t play with a kitchen knife or climb on the dining room table. He decides he hates having his nappy changed and lashes out with kicks and punches. He will be playing normally and I’ll go in for a kiss or a hug and he will grab my face so hard I feel like a chunk of skin has been pulled off. When he is in the middle of a tantrum he is unaware of the pain he’s inflicting and is only concerned with the fact that he can’t do what he wants. He’s in his own toddler bubble where he can only see the grave injustice that I’m inflicting upon him.
One particular memorable event took place when we were having an impromptu visit to a local park which was marred by him lying on the floor screaming before pulling out a large chunk of my hair. Marred by me screaming out in pain and being tutted at by an older gentleman as I sharply told Dexter not to do that. Feeling ashamed as we walked back towards the car with me silent which he gently purred Sarah? with sad eyes and tears streaming down his cheeks. Will I remember that fleeting shitty moment in years to come or will I remember the light as the mid afternoon winter sun hit the damp grass, the beautiful pavilions and the kind couple who let Dexter gently touch their pooch? 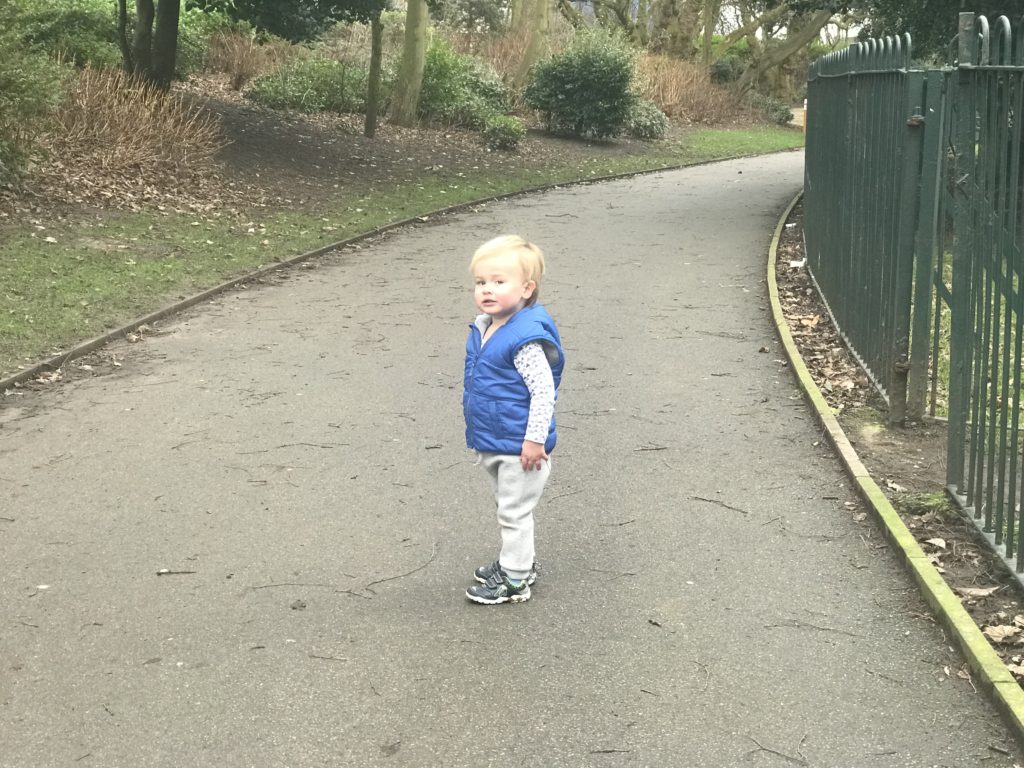 But these horrible, dire, frustrating moments are punctuated by moments of pure joy: when he finally calls me Mama after calling me Sarah all day. When I tell him to put his nappy bag in the bin and he complies. When I pop into the bedroom leaving him with his Daddy and he paces around the flat shouting my name because he misses me. When I hear him say a new word for the first time after we have practised loads all day. When he goes down for a nap without a fuss or he takes an interest in cooking with me, trying his best to help me by following my simple instructions. After these moments I also feel like crying, but this time they’re tears of joy. 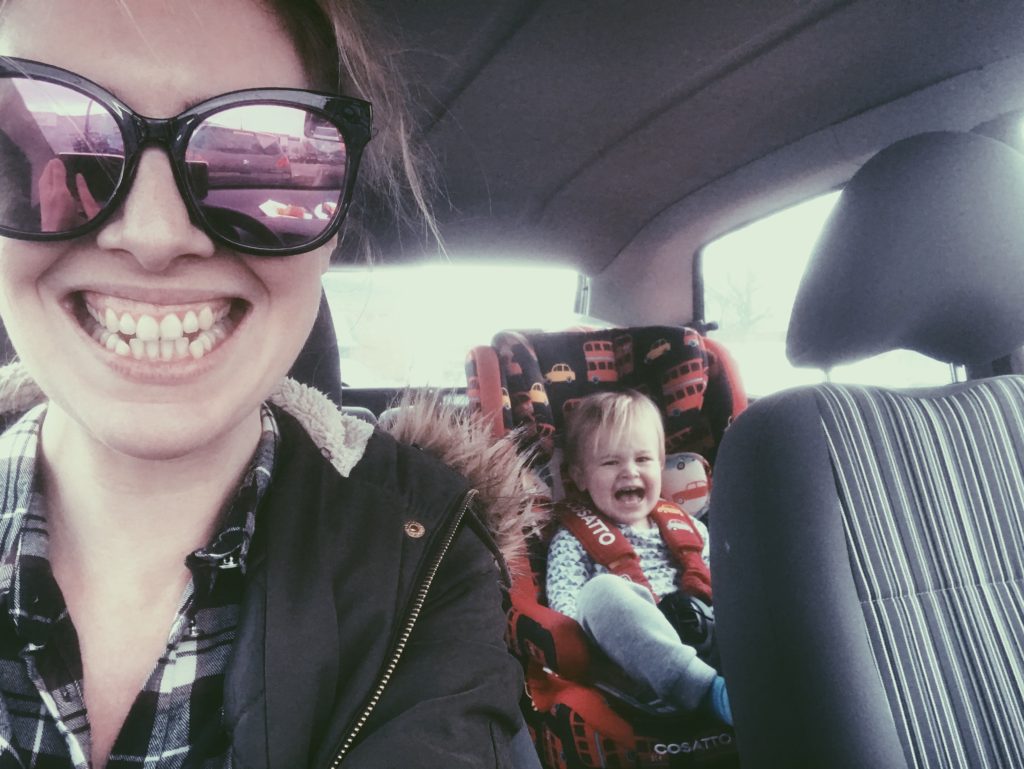 These good, happy, joyful moments are what get me through the weeks and the months. They remind me that he is just a toddler and has no real understanding of right and wrong and all I can do is show him the way. He doesn’t understand how much he hurts me when he lashes out and I need to be more careful not to get into situations where I have to repeatedly stop him doing things. I have to accept that there will be shitty moments for the rest of our lives together. My ninja skills are improving and I’ve started learning how to duck out of the way of the punches and grabs of the face. I’ve started getting over the embarrassment of being firm with him in public. Nobody likes to see a shouty Mum, but at the same time, if I don’t show him right and wrong, who will?

As he sleeps beside me this evening I wonder what he’s dreaming about. When he envisions me is it a smiley happy Mummy who tickles his tummy and cuddles him close or a mad, angry Mummy who fuels his tears by telling him off?

He’s growing everyday and I can see him changing. He’s slowly learning he can’t be aggressive and he’s learning how to give and reciprocate love. He’s started kissing us and loves nothing more than a good snuggle in bed. These moments I cherish more than anything. Dexter is so loved and I want him to always know that. Even if some days I have to be a moody Mum.

Yeah, that's true kids are growing everyday and we can see the change. But we love the changes of our kids :)

Now that my little one has discovered the magic of playdates, not a day goes by when she doesn’t ask if her BFF can come to play. It’s so much more fun when you’re together.

It can be so very tough, my 2 year old is testing all the boundaries and my patience at the moment but she is also becoming such an affectionate and loving little girl! Stay strong mamma! ;) #KCACOLS

My soon to be 2 year old also has screaming outbursts in public which of course is embarrassing but I need to remember to stay calm even though it is not easy at times for they do not have the communication and vocabulary to tell us why they are upset or angry. You are a fantastic Mum hun, just keep leading the way x #KCACOLS

I think that's the most frustrating thing...for them AND us! I can't wait until he has more vocabulary so I can understand his needs better.

I think the leave the room feeling gets most of us. My sister is five months ahead of me with her toddler and one day after a lot of mama tears I reached out to her and she told me she leaves the room (after making sure little one is safe), and screams into a pillow. Sounds extreme but we are only human too and we all need a release.

He looks totally adorable and like wouldn't melt. I bet as he's older he will do anything to protect his mummy. You work sounds knackering though tbf bless you :(

I've heard of a few Mamas needing to do that, but fortunately I never have. I am very lucky I have a supportive husband who always senses when he needs to step in! I think it would be a different story if I were a stay at home Mama though.