Before I had a child, I had no concept of the fact that when you have children, nothing comes before them. You could have described me as career obsessed. I didn’t take any time off work, ever. Even if I was crippled with a cold, I would drag myself into the office and do my job. Come rain or shine, I was there.

Now that I am a full time working mother, I still absolutely adore my job. I enjoy every single day I am in work, even though some days it feels as though it’s an uphill struggle with curve ball after curve ball thrown at me. My personality means that I thrive on the challenges I am tested with, but it would be a lie if I were to say it hasn’t been a bit of a culture shock to be thrown back into the workplace as a Mum. It is no longer the case that I only have myself and my staff to consider, I also have a little man at home who needs me and I’ve already had to take quite a few days off to look after little Dex despite only being back seven weeks! 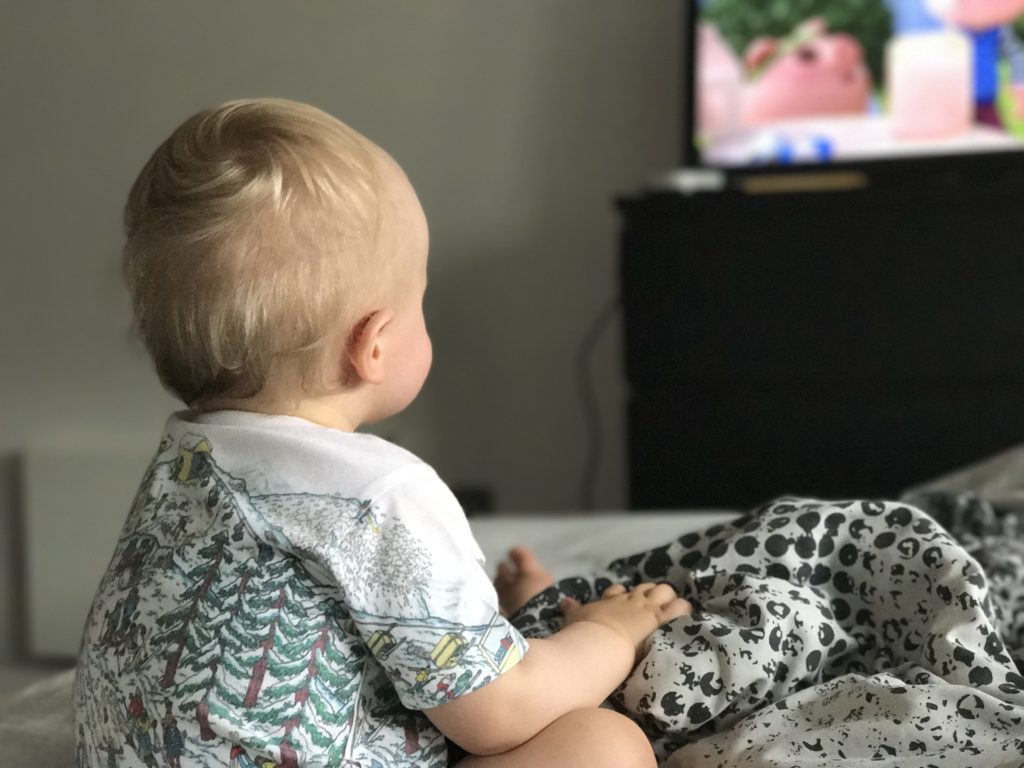 The first time was due to him waking up at midnight and vomiting all over his cot. I was naturally very worried about him, he had never vomited before and he was so pale and upset. I took the following day off work to be there for him and, of course, he spent most of the day sleeping the bug off. It probably wouldn’t have mattered if I’d been there or not, but I did feel better for being there for him, whilst feeling guilty for leaving my staff in the lurch.

The second time was for Dexter’s 1 year injections. Of course, as a working mum I was entitled to take the day to ensure they went smoothly and it made me feel a lot better to know I was there for him during a painful moment and afterwards when he ran a temperature. 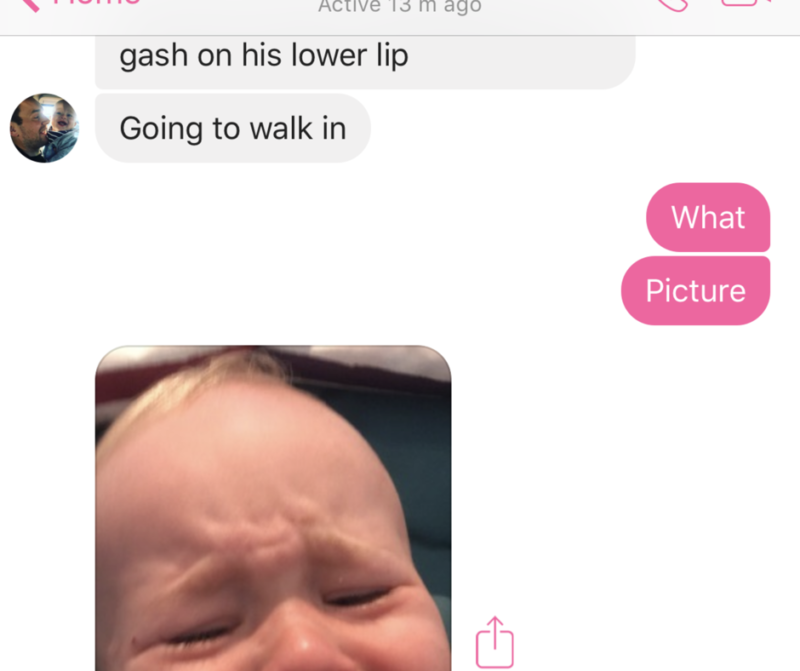 The most recent case was this weekend when I received a message at work to tell me Dexter had fallen whilst in the bath and his Dad was taking him to the walk-in centre. At first, I was non-plussed and rolling my eyes at my colleagues explaining that I reckoned my husband was seriously overreacting, but then came a phone call at 10am to tell me it was likely he’d need stitches and we should take him to Alder Hey children’s hospital.

When someone tells you over the phone that your child needs to go to one of the most famous hospitals in the country to be looked at by a plastic surgeon, it knocks you for six. I left work immediately leaving my wonderfully selfless staff to work short so I could be with my little boy.

When I arrived home it was a shock to see Dexter’s perfect face deformed by a rather large gash on his lower lip and bruising to his nose. Let me explain what had happened. While he is in the bath, he loves nothing more than to hold onto the side, look into our mirror and squat up and down, splashing into the water as he does so. On Saturday, he was doing what he always does, but somehow managed to smash his face against the bath resulting in the gash. 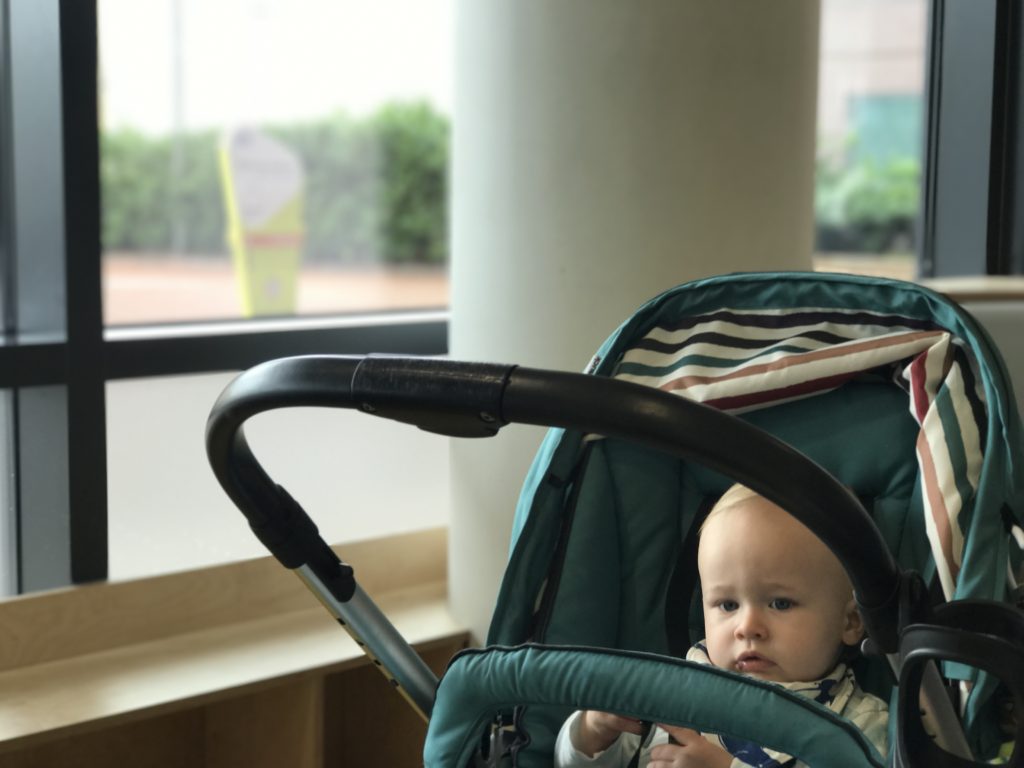 Unfortunately, it wasn’t as simple a case as being seen straight away by plastics. We first had to go through A&E and be seen by a nurse practitioner who made a decision for us to return Monday morning to see a surgeon. They would decide whether the gash would need stitches or not, if it did then Dex would need to be taken to theatre, put under and stitched up.

Monday morning arrived quickly, and of course it was another day off work. I don’t think I had quite understood the implications of him going into surgery to have these stitches and the reality hit the three of us quite hard. I’d expected we’d be sent on our merry way and only a morning off work would be needed, however as the nurse explained what would be happening over the next few days, I realised it was more likely I’d need two or three days off. 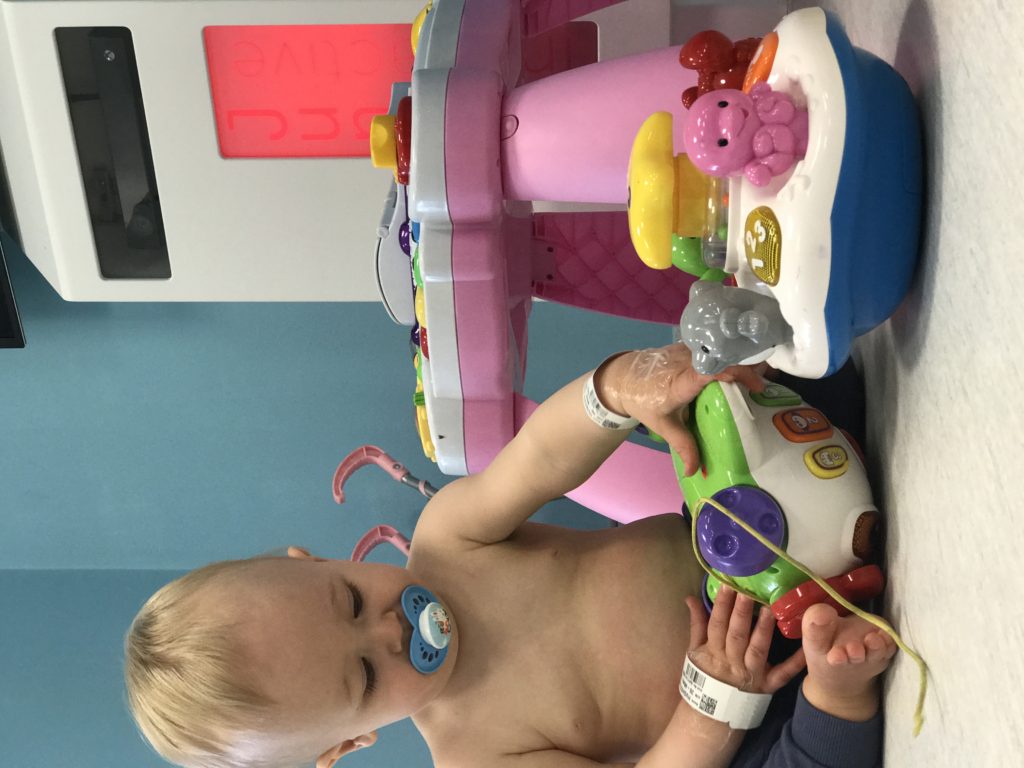 Dexter was admitted to the surgical ward, he was tagged and had some cream rubbed into his hands which were secured by clear plasters. He screamed everytime someone came near him and was taken into theatre by his Dad who had to hold him while they put him under. My husband returned from theatre ashen faced and upset. It’s no picnic watching your son be put to sleep. The surgeon then spent twenty minutes stitching his perfect lips up before coming to find us to let us know everything had gone to plan.

I have to admit, work was the furthest thing from my mind as my baby woke up after his surgery and needed, not food, not water, not milk, but his Mummy. He bawled and he cried and I felt helpless holding him in my arms feeling the strongest guilt that he must be wondering what on earth he had done for us to cause him so much pain and anguish. As I write this now, he sleeps. We are back home, safe in our own environment and I never want to leave his side again.

The thought of work creeps into my mind…are they coping okay without me, what will be the repercussions of me taking another day off tomorrow? But then I remember what is important in this life. Yes my job means the world to me and it provides us with money so we can eat, clothe ourselves and pay the rent, but Dex needs his Mummy right now, so the world of sales will have to wait…just for one more day.

It's horrible when things like that happen at work, makes you feel all sorts of things! I'm so pleased you have a helpful and supportive team at work though. You're doing a great job. Just don't let Neil manage baths in future!!

Oh Nic i can't imagine how helpless you felt. You've all been incredibly brave this week. Sounds like you work with a lovely set of people, which you must be so thankful for.

So sorry to hear Dexter has been through this, you must all be shaken up. I hope his surgery went well and he can recover quickly. Sending you lots of well wishes, don't beat yourself up, you are a fantastic mummy balancing work/home life its lovely you care a lot about your staff too. Take care xx