Research conducted by the University College London claims that working mums are to blame for the obesity epidemic that is currently blighting the U.K.

As if us working Mums didn’t have enough guilt on our plates, here’s a dollop more, just to drive home what terrible parents we really are. How dare we go to work and pay thousands of pounds a year in childcare fees, barely making ends meet, just to raise obese and lazy children.

*Just to put this into context, according to ONS, there were 8 million families with dependent children in the UK in 2015, so 20,000 families represents just 0.25% of the total family with dependants population.

And the bit that really got to me? The researchers found that the father’s employment has ‘no significant effect’ on the weight of a child. Really?

I spoke to another Mum and she wondered if perhaps working mums feel guilty that they’re away from their kids all week and so at the weekend make up for by offering unhealthy treats like McDonald’s, chocolate buttons and decadent breakfasts. I must admit, we do offer treats to Dexter and will do the same with Felix. We see no harm in having a Happy Meal as a treat, as long as it’s supported with exercise and healthy choices during other meal times. We often joke that we want to place a Fitbit on Dexter’s wrist to see how many steps he actually gets in on a daily basis- the kid does not stop- so why shouldn’t we treat him as part of a healthy and balanced lifestyle? 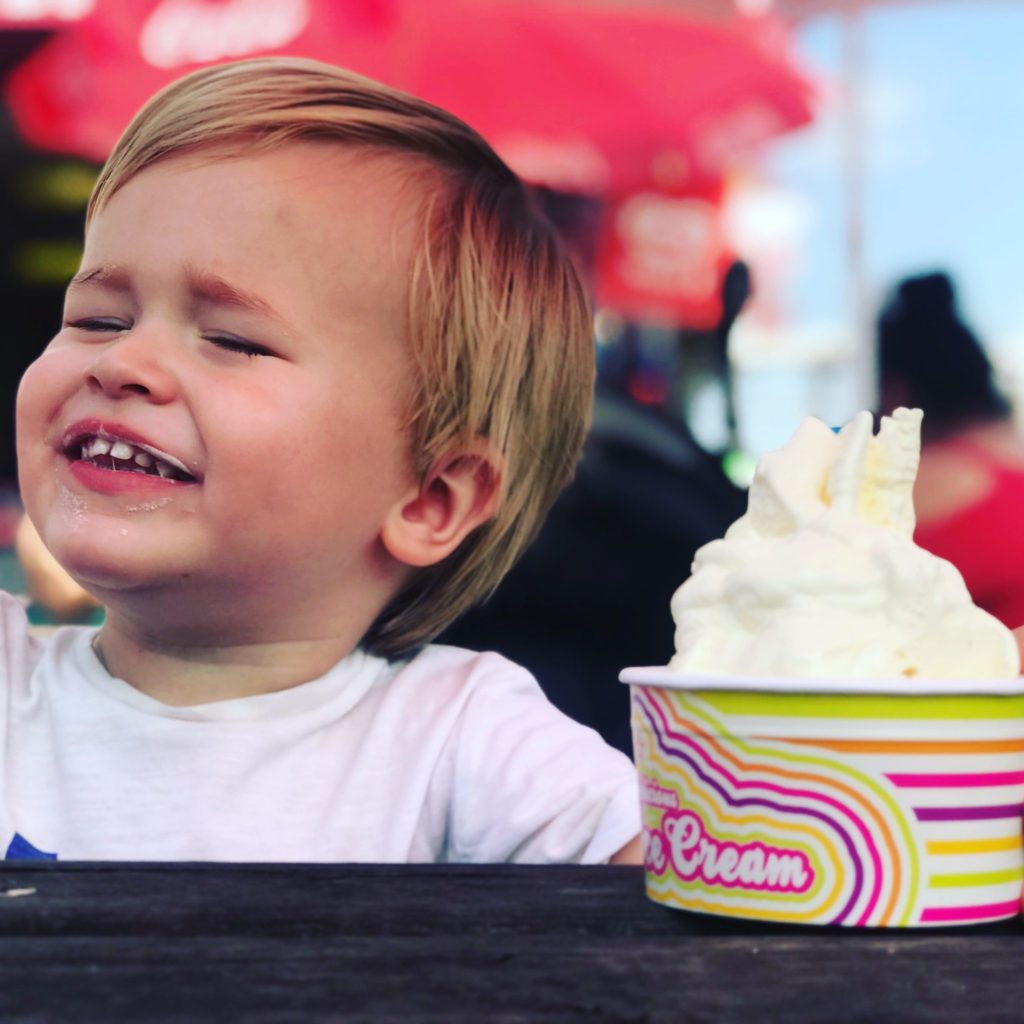 When I think about how stressful it is for myself and my friends who work full or part time, not only to support their little families, but to carve out something for themselves, ‘research’ such as this make me very angry indeed. Surely some blame for the obesity epidemics lies with the sensationalist media who have reported non stop over the years of paedophiles and how dangerous it is to leave your kids out to play. No wonder many parents would prefer their kids sat in front of a games console at home where they can keep an eye on them, after years of being bombarded with the idea that they could easily be snatched, raped and murdered.

For many of us, being a working mum isn’t a lifestyle choice, it’s a necessity. A necessity so that we can pay our bills and afford a few luxuries like a holiday abroad once a year, or days out to theme parks etc in the school holidays. Most of us hate being away from our kids, but have no other option, because without our salary, our family wouldn’t be able to put food on the table. Healthy, nutritious food of course…

I’m sure these researchers (and sensationalist and misogynistic media outlets who gleefully reported on this study) have absolutely no idea how hard it is to be a working mother. I haven’t yet had the experience of being a working mother of two, but being a working mother of one was hard enough. On top of a two hour daily commute, it is also expected of me to do childcare drop offs and pick ups, and guess who is responsible when my child is ill? It’s extremely rare that my husband will take a day off to look after the kids, so the gauntlet always falls to me, risking career progression and respect within the workplace. When I return to work after maternity leave, the chances of me having to take parental leave to look after a sick child will double. 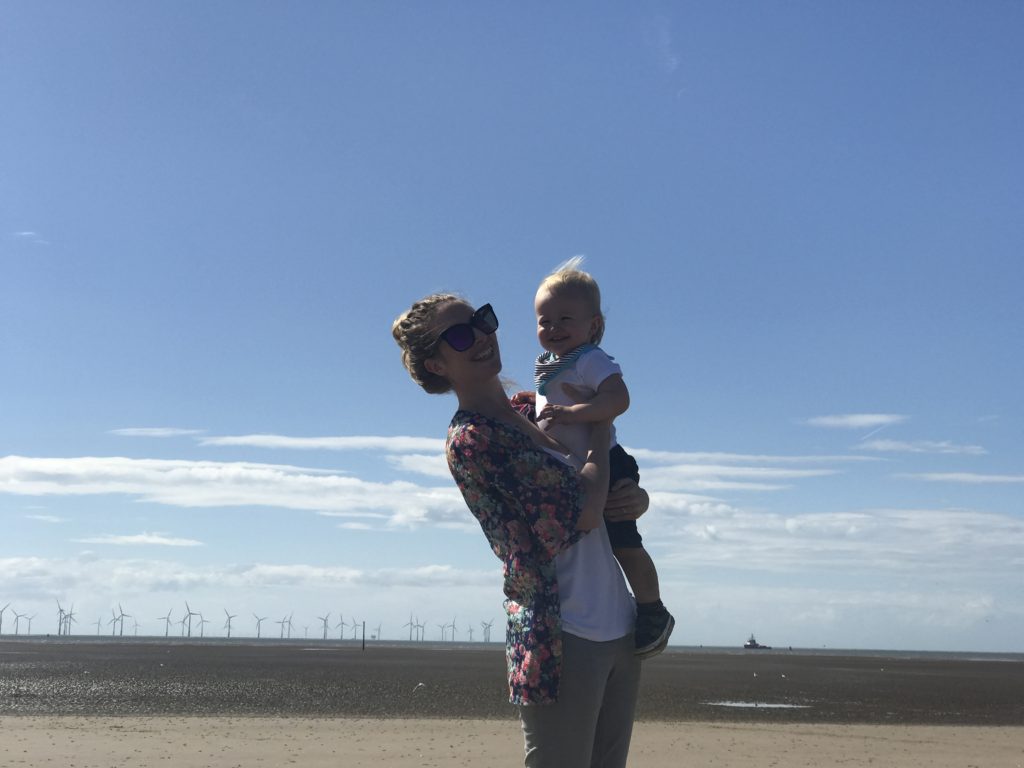 Times have certainly changed from the 1950s and 1960s where one wage was sufficient for a household. But of course, our generation is lumbered with astronomical house prices, zero hour contracts and huge student debts which we’ll probably never pay off in our lifetimes despite earning a decent wage. We literally have no other option as Mums but to go out and work.

I am desperate to know what the scientists behind this research believe we should do with this ‘knowledge’ that working mums are to blame for the obesity crisis. Should we all give up our jobs and stay at home? Should we claim benefits from the State as opposed to working for a living? I strongly suspect that if women chose to claim benefits then they would be accused of being lazy and bone idle!

It seems to me that women simply cannot win. Like the majority of decisions we have to make in parenting; bottle or breast, baby led or traditional weaning, dummy or no dummy, it doesn’t matter if we choose to work or choose not to work, either way we will be judged and blamed for something that probably has a hundred contributing factors, not just whether or not we work.

I am not going to let this research make me feel guilty for being a working Mum. I love my job and the independence it gives me. I pay good money to send my son to an amazing childminder who does things with him I would never dream of doing, and guess what? Although he loves cookies, doughnuts, cake and chocolate, I’ll often find him snacking on carrot sticks or broccoli, and as long as he continues to lead an active lifestyle and eat a balanced diet, I think we are doing just fine.

Frankly I think it's an awful message for them to put out - is there any encouragement for women to go back to work?! As a working parent I feel like the general message put out there is we're abandoning and harming our kids by doing so rather than there being an empowering message put out there to encourage more women back into the workplace. All the mums that I know treat their kids similarly regardless of whether or not they work in terms of diet and exercise. In fact, my son's diet is far better BECAUSE I work and he's at nursery getting far more exercise and far more managed food there than he would at home!

I really don't understand who they have asked and whether ''the children' of those in the study were teenagers rather than under 5! I'm definitely more obese because I work .. because it's very close to Gregg's the Bakers and I have only 30 minutes to myself!