Happy three months to my little man Felix! Another month which has passed by in the blink of an eye. Here is Felix’s 3 month baby update.

Every single day, Felix is becoming more and more his own little person and his personality is really starting to shine through. He still sleeps a lot, but I think that’s to be expected of a newborn and I know it won’t last forever.

At the moment he wakes at around 7am, has a bottle and is back asleep by 8am if we don’t have to go out and do the school run. He has three or four naps each day and goes to bed at around 8pm, sleeping through until the next morning. His naps are usually 8am-11.30am, 12.30pm-4pm (although sometimes he has a little awake time during this one) and 5pm-7pm. He is quite happy to sleep wherever and spends each nap in a different place- car seat, Moses basket, Chicco Next to Me and my bed. He spends the night time in the Chicco although some mornings I’ll bring him in with me at around 5am. 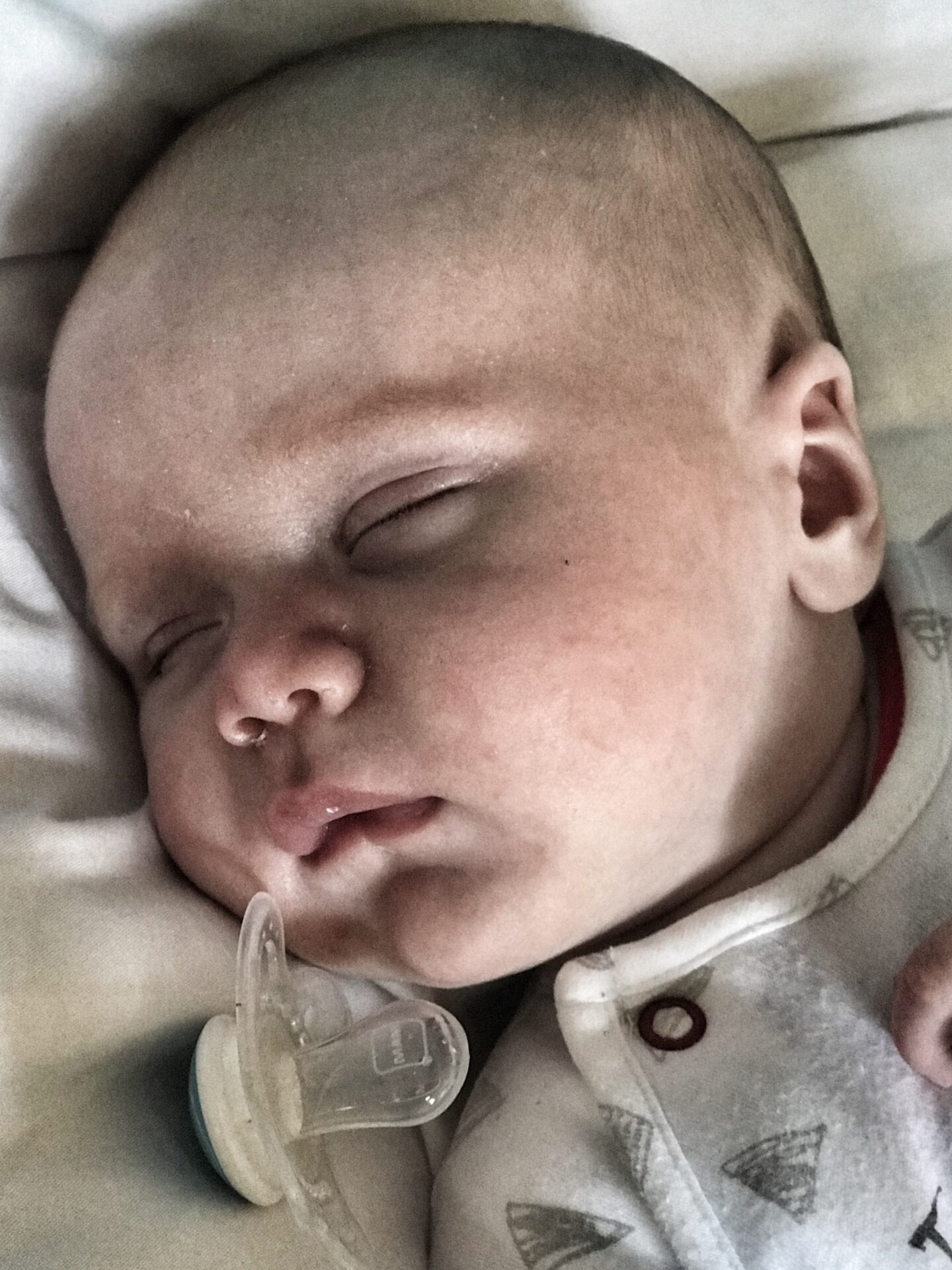 Felix is drinking around 35oz of formula each day which is about right for his weight of 14lbs 1oz. He has five bottles a day, necking between 6 and 8oz depending on the bottle. He has his first bottle at around 7.30am, second at 11.30am, third at 4pm, fourth at 7pm and his final one between 10pm and midnight. My husband always does the final feed while I’m getting some shut eye so it depends on how tired HE is to when he decides to give Felix the bottle!

We cracked open the 3-6 month clothes this week and put away all the newborn stuff. The majority of the 3-6 month stuff is still miles too big but it won’t be long before he is fitting in it comfortably. He rarely wears outfits and mainly sticks to vests and sleepsuits. 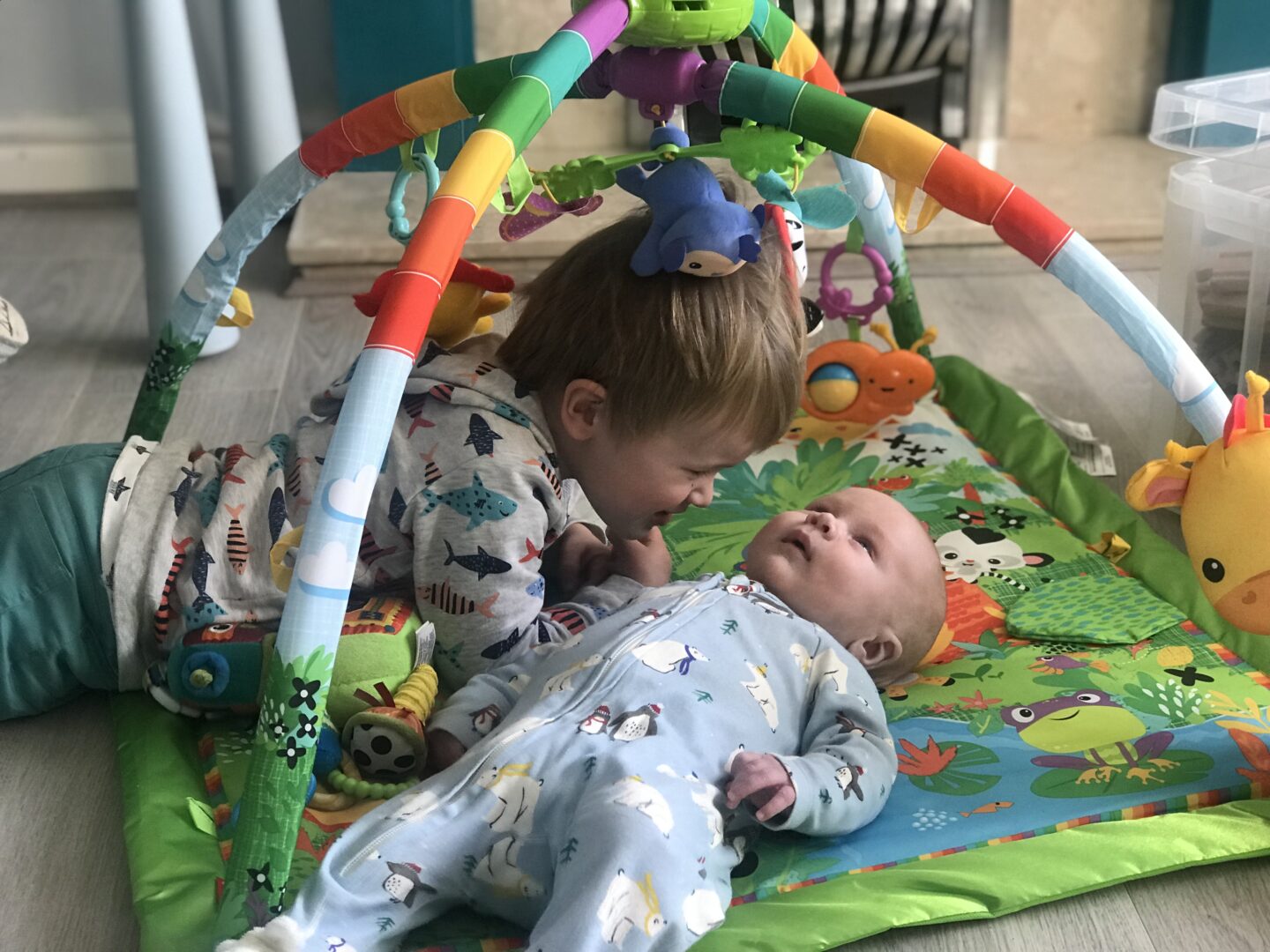 Since the second Wonder Week’s leap, he is able to follow us around the room with his eyes, reach out and grab toys (and my hair!) and he’s started using his voice to communicate. Felix has never been much of a crier and will usually only cry when he is getting overtired. He now uses his voice to get our attention by gurgling loudly and gasping. It is really, really cute! If he ever does end up overtired, I snuggle in bed with him and he falls asleep in my armpit within seconds. 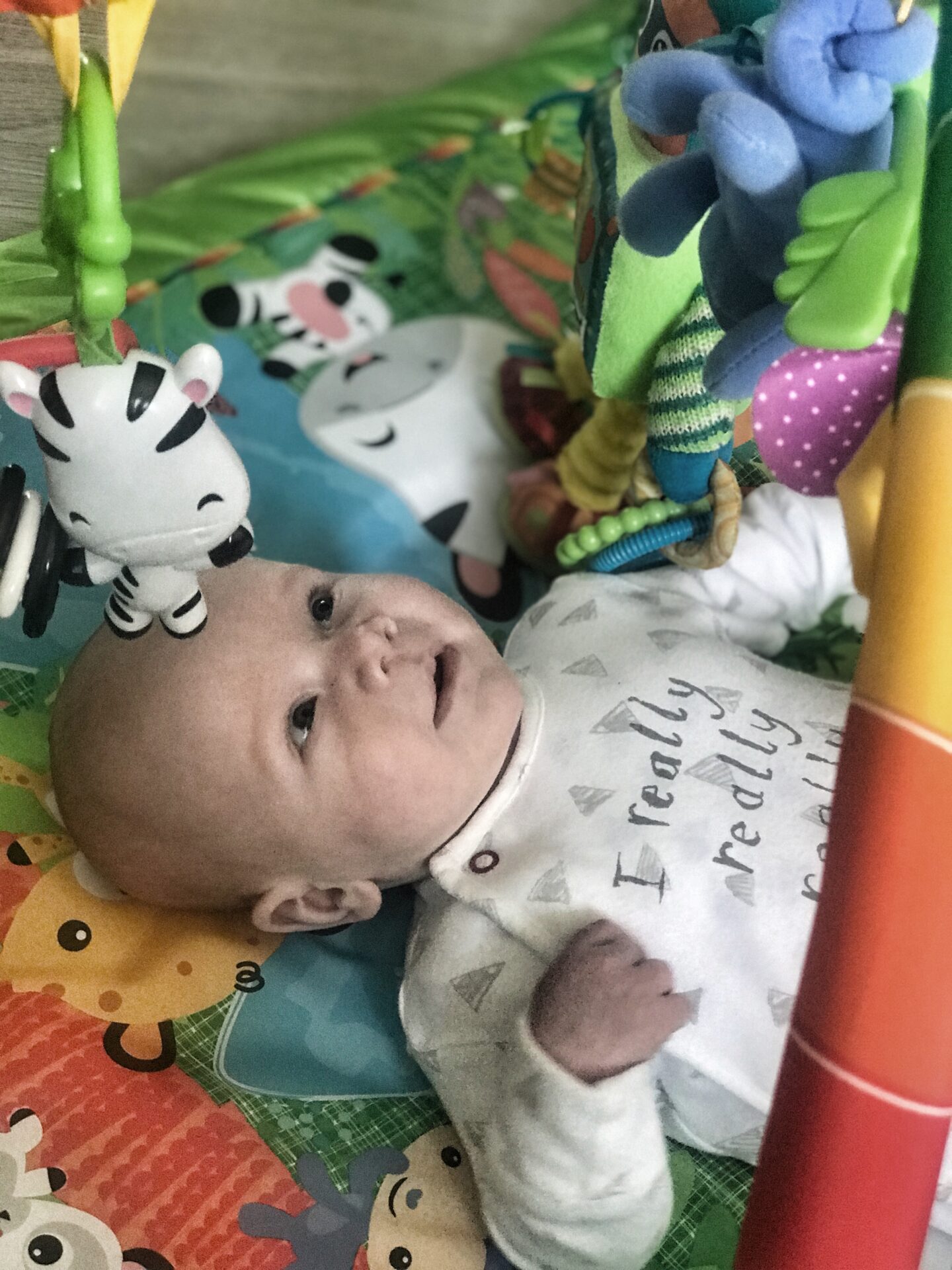 During his awake time he likes to lie on his playmat on his back or in the tummy time position, sit in his swing and watch me do jobs around the house or sit on my lap while I sing to him. He is smiling lots now, but no giggles yet! He is growing more attached to his dummy and will use it more while sleeping now, but he is no where near as dependant on it as Dexter was (and still is!)

The past few weeks, Felix has started sucking on his hands but it’s not down to hunger and he’s definitely not teething yet! He is simply exploring his hands and how they work. It can be a pain when I’m trying to get a cute photo of him or trying to get a bottle in his mouth, but he’ll soon move onto something else. 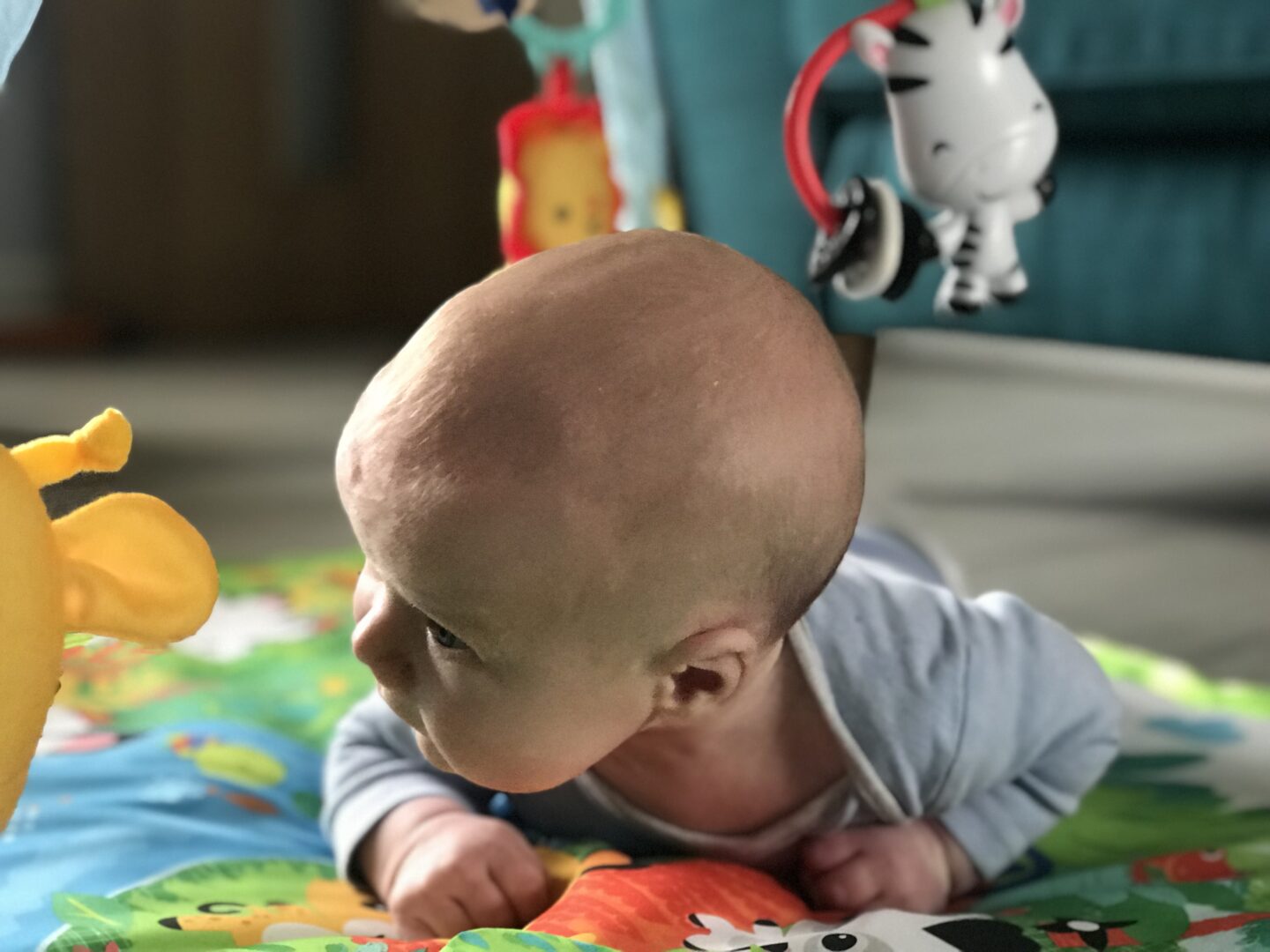 Felix is the happiest and most content baby I have ever had the pleasure of meeting. I can’t believe how lucky we are to have such a calm baby who is always smiling or sleeping! I think we’ve found a really nice routine that suits us all which is totally baby led. I feel a lot more relaxed this time and really feel like I understand Felix’s needs, whereas when Dexter was this age I was never quite sure why he was fussing which quite often led to an overtired and grumpy baby. It’s definitely true what they say: happy baby = happy Mummy and I am really and truly loving every single second we spend together. 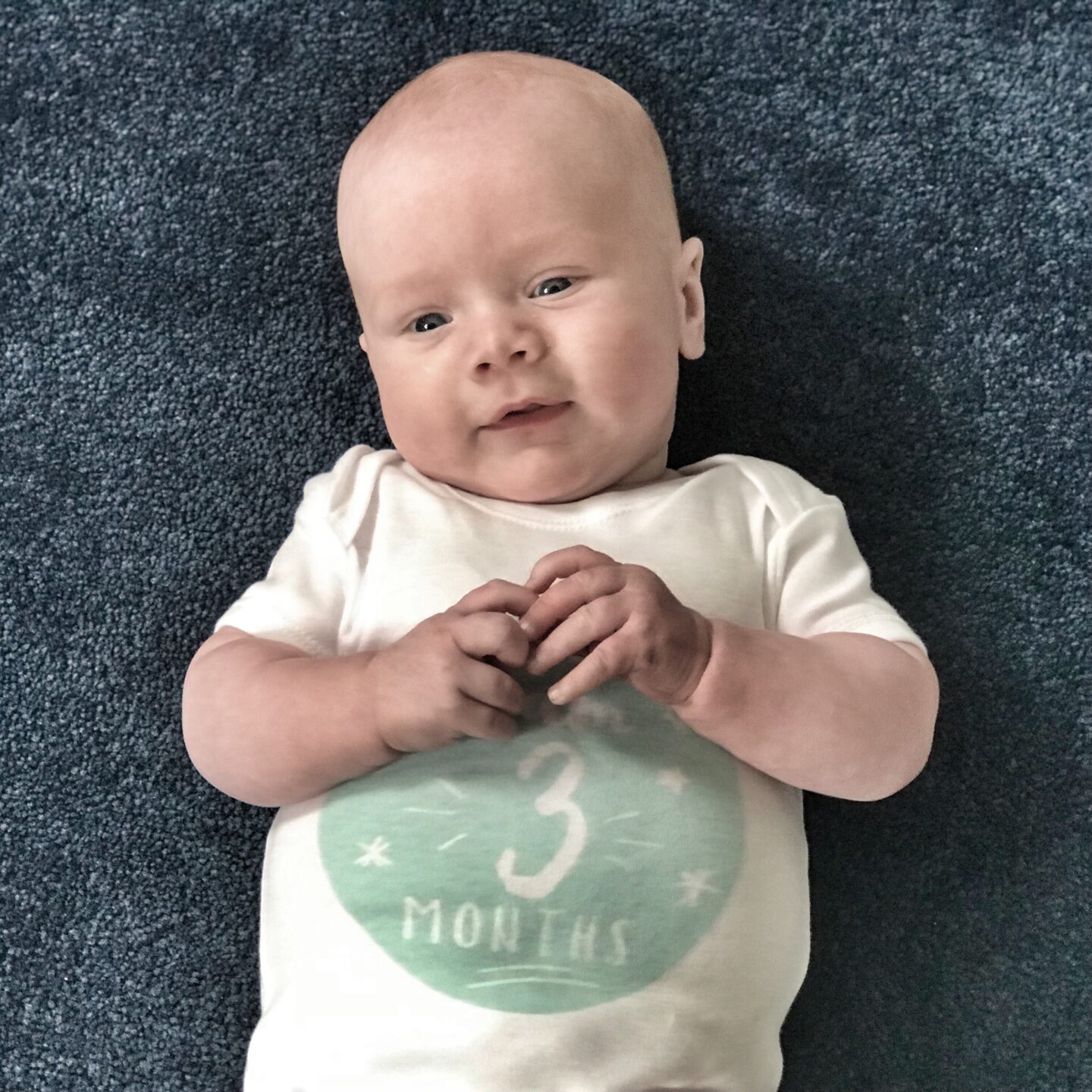 What a little charmer - I can't wait to see more of his personality develop over the next few months!

I can't wait to meet this little dude!