This post is an entry for BritMums #VicksBabyRub Challenge, sponsored by Vicks BabyRub. Specially designed for babies aged 6 months and over, Vicks BabyRub is available at Boots, Superdrug, Tesco, Asda, Waitrose and all good pharmacy chains. RRP £3.99.”

Today is the day your husband is returning to work after his paternity leave and from now on it’s just you and the baby. Just you and that tiny bundle of love wrapped up in a vest, sleepsuit and a blanket.

You are worried and you are fearful. You are scared that you won’t be able to cope and don’t understand how you can be left alone to be charge of this baby. Why doesn’t he come with a manual? Why haven’t you been given any training? Don’t be scared. You know when people say that every Mum has an intuition? That every Mum just knows how to look after their baby? It’s true you know, and you’ve got this.

I know you are going to worry that Dexter will stop breathing: he won’t. Keep following all the safety advice you’ve read and been given by the Health Visitor and he will be just fine. Keep his cot clear of clutter and place him on his back to sleep. Now I don’t want to worry you, but Dexter will start rolling in a few short weeks and when he does he’s going to much prefer sleeping on his front. It’s okay. He is going to be fine, as much as it will worry you. 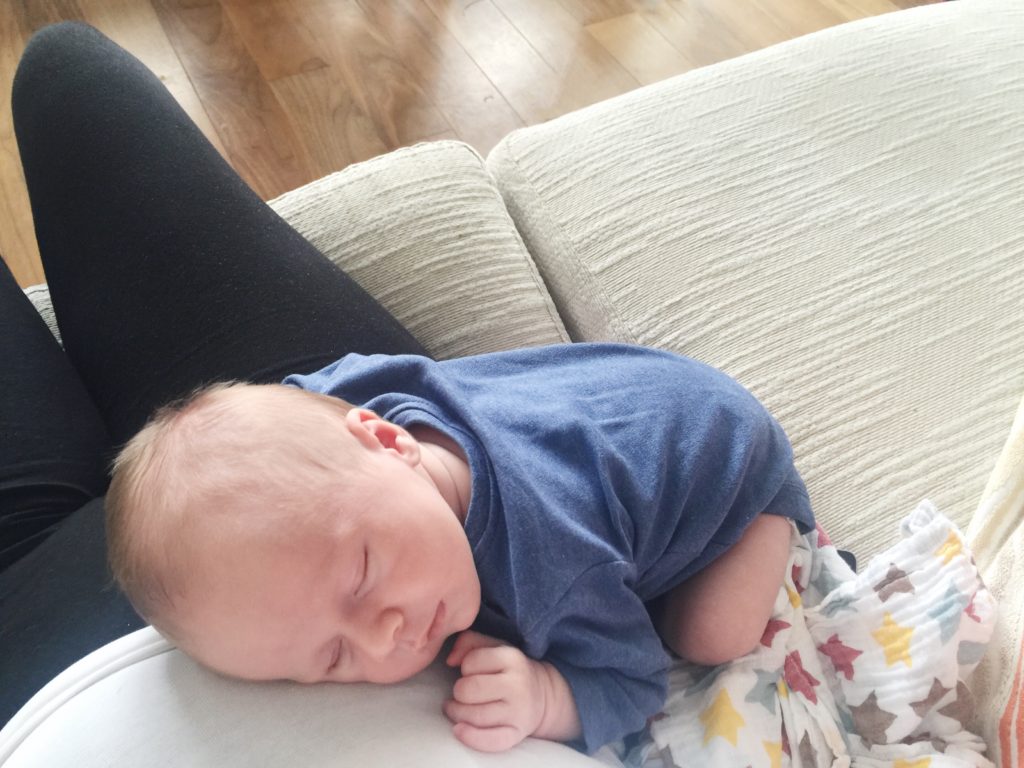 Forget about attempting to give him a bath in that plastic tub everyday. Firstly, babies simply don’t need to be bathed every single day and secondly, you are going to hurt yourself carting that tub full of water around the flat. Wait until your husband gets home and get in the big bath with Dexter when you feel like some skin to skin; it’ll be beneficial for both you and him, and it’ll save you so much stress and pulled muscles.

I know you feel guilty about not being able to breastfeed, but putting all that guilt and pressure on yourself is only going to make you ill. Believe me when I tell you that Dexter will thrive on formula. He will guzzle up to seven bottles a day, sometimes drinking as much as nine ounces. Once he turns six months old you will baby led wean him and he will take to that like a duck to water. All your parenting choices will be sound, have no doubt about that. Remember what I said about mother’s intuition? You have it. 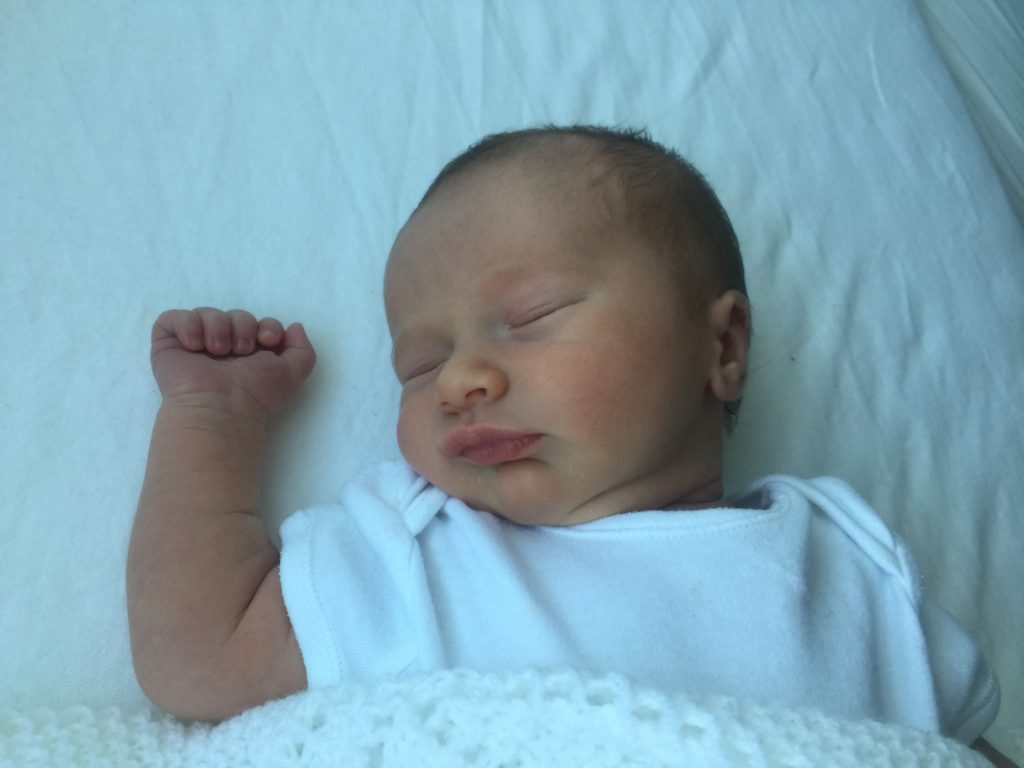 You can also forget about all the many creams, washes, oils and other many toiletries you’ve bought and been given. The list of things you are actually gonna need is very small and includes nasal spray, a decent nappy rash cream and Vicks Baby Rub. Together, with your loving touch, Vicks Baby Rub will moisturise Dexter’s skin leaving it smooth while the mild fragrances of aloe vera, lavender and rosemary will leave him feeling relaxed before he goes to sleep. And trust me, during these early days when sleep seems little and far between, anything that helps baby sleep is a god send. 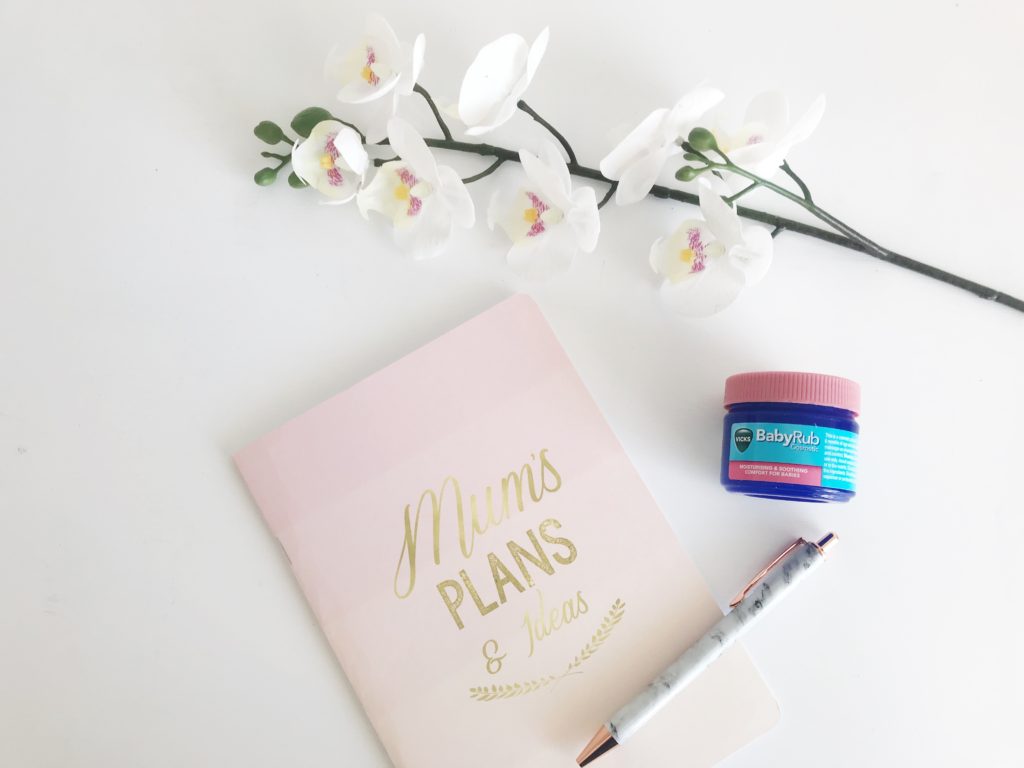 Remember to trust your instincts and keep Dexter close to you over the next few months, both while he’s awake and during the night. Eventually he will want his own space and sleep in his own room, but for now he needs you to be next to him. While he sleeps during the day make the most of the time to catch up on Grey’s Anatomy and chat online with friends who will become more than acquaintances. Blogging will become more than a hobby for you and will open you up to a world of friendship that you wouldn’t have otherwise found. Embrace it.

Do try to get out of the house as much as you can. Being cooped up indoors is no good for your sanity and some of your fondest memories will be of little trips you take with little Dexter. Believe me when I say it will be easier to get out and about now with a newborn than it is with a struggling toddler who just wants to be out of his pram and yet bolts whenever you get him out! 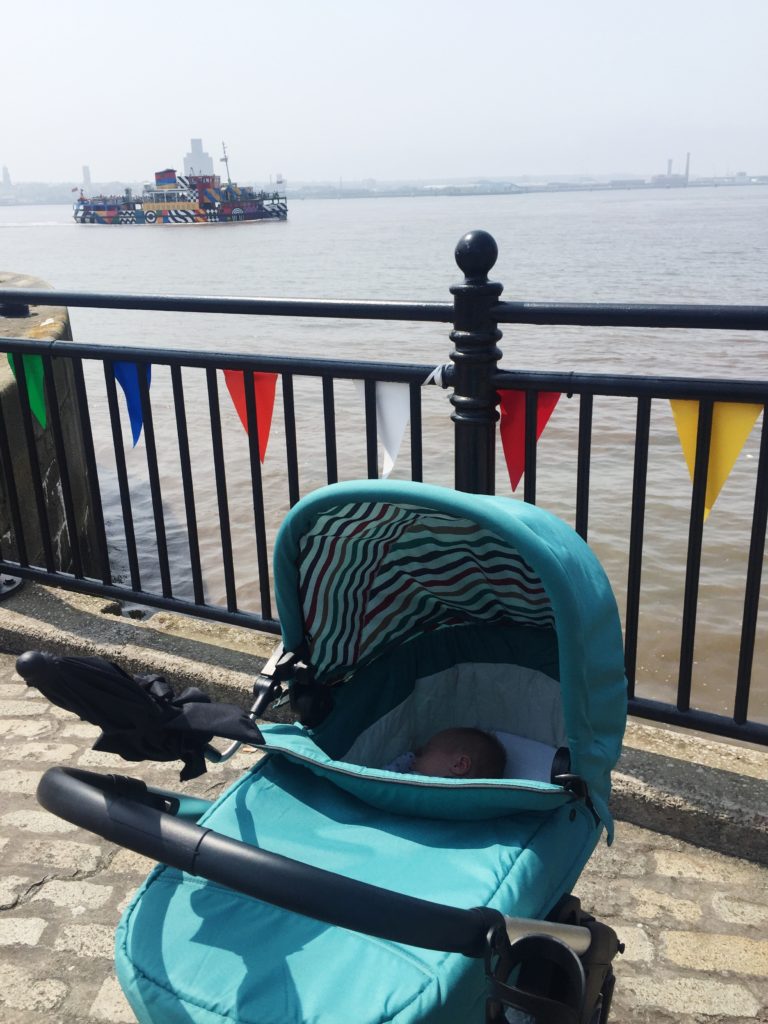 Above all, enjoy these fleeting moments with your new bundle of joy. People are not lying when they say time flashes by. As I write this now, Dexter is weeks away from turning two. I’ve been back in work for a year and maternity leave is a distant memory. Make the most of every single second, every hiccup, roll, smile and stretch. Dexter is going to change beyond recognition over the next two years and you are not going to want to miss a minute of it.

This post is an entry for BritMums #VicksBabyRub Challenge, sponsored by Vicks BabyRub. Specially designed for babies aged 6 months and over, Vicks BabyRub is available at Boots, Superdrug, Tesco, Asda, Waitrose and all good pharmacy chains. RRP £3.99.”

END_OF_DOCUMENT_TOKEN_TO_BE_REPLACED
Traveling with two boys can be stressful without proper accommodation. A timeshare resale is spacious enough for everyone and provides more privacy. Shop timeshares for sale online and save up to 50%.