I am super late to the party this month with Dexter’s update, I do hope you will forgive me. I am not too ashamed to admit that blogging while being a full time working Mum is TOUGH! The weeks literally fly by…

Despite writing last month that I thought more teeth were on the way, none have actually appeared. Dex still has twelve teeth and although I can see the all too familiar bulges, no teeth have started making the breakthrough yet. While we are on the topic of teeth, let’s also talk toothbrushing. Dex will quite happily chew on his toothbrush while I brush my teeth and if he is super sleepy he will even let me have a go brushing them myself, otherwise it is quite the battle. I am thinking about investing in an electronic toothbrush especially for toddlers to make things a little more fun as I want to make sure he has perfect teeth.

Dex is still wearing all 12-18 month stuff, his 18-24 month stuff is still way too big so it is just sitting pretty at the top of his wardrobe for now. I am surprised he’s not yet in the bigger stuff as he always has been on the bigger side and people are always commenting on how big he is for his age, but for now I am happy we are getting more wear out of his twelve month gear. 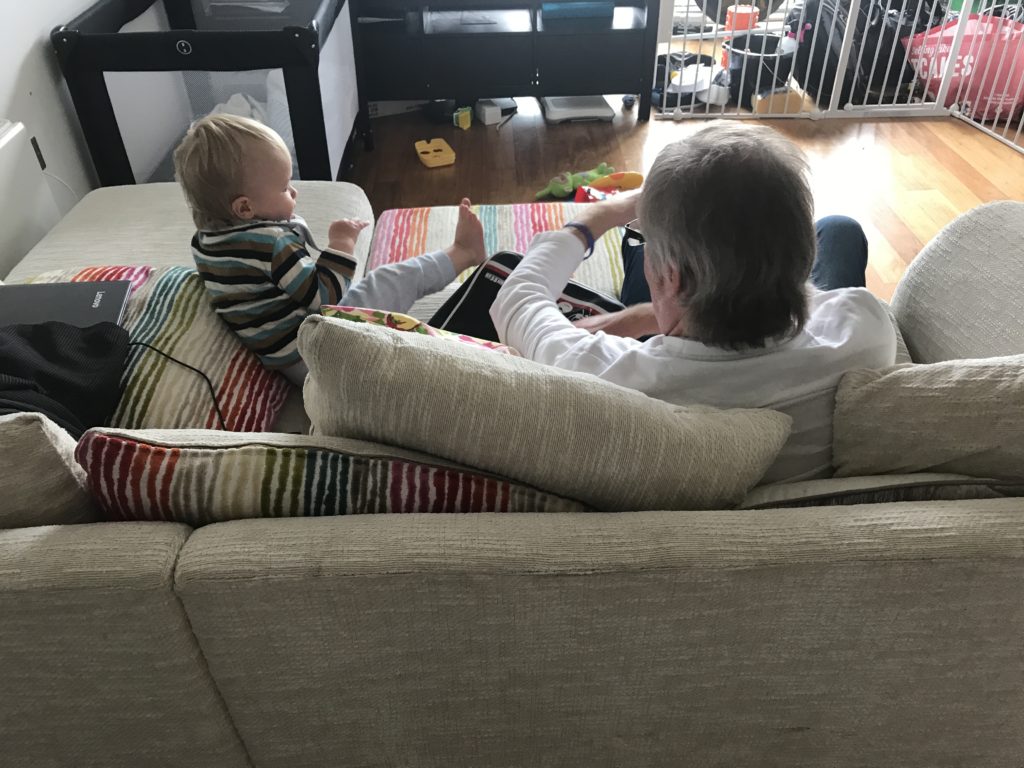 Sleep wise we have had a much better month. As Dexter is now in childcare and seems to only want to nap for one hour max per day, it has resulted in him sleeping all night without incident. It is a welcome relief after the previous month which saw us encounter many, many wake ups. On my days off and at the weekends, Dex will sleep for three to four hours in the mornings and may even squeeze in an afternoon nap as well. I have just been following his lead as I always do! 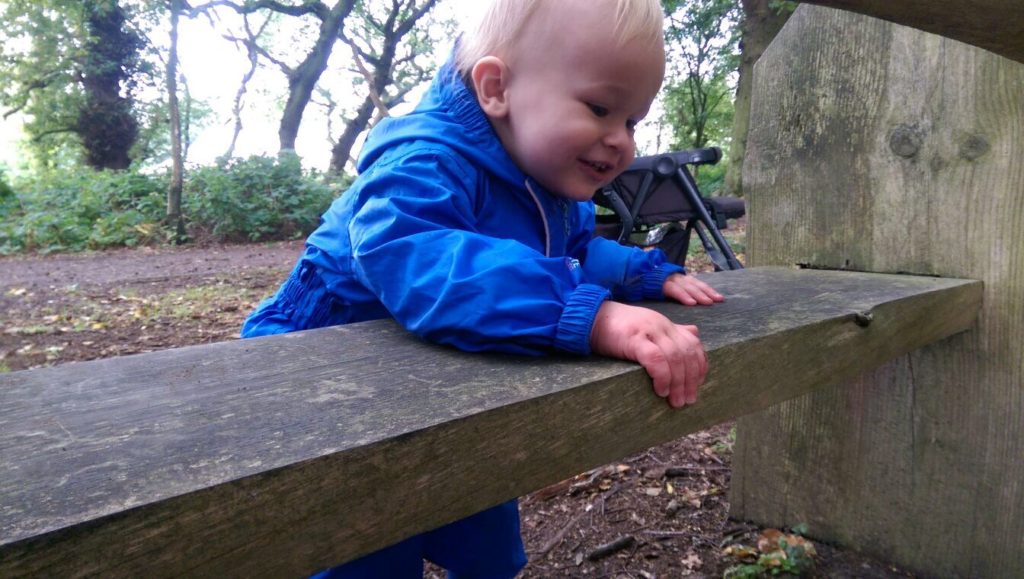 Dexter has started having his breakfast and lunch at his little table as opposed to in the highchair as this is how he is fed at the childminders. He is so much tidier when eating now and although he still wears a catchall bib, not much ends up on the floor. Dex will intermittently use cutlery, he tries to spoon feed himself yoghurt with disastrous consequences and has a good go when eating bolognese or curry. Mostly he still uses his hands but we are encouraging use of the cutlery everyday.

Words wise, we don’t seem to have very many. We can hear him attempt banana (ra-na), he knows how to say ‘dip dip‘ after me teaching him how to dunk pitta bread into hummus and soldiers into runny egg  and we believe he is attempting to say his name ‘exa, exa, exa‘. Despite this, his understanding of what is going on and following instructions is great. He understands ‘no’ and will stop whatever it is he is doing when told (usually followed by a melt down); he understands when you ask him if he wants a bath and can communicate with us to show us when he wants one as well. Finally if we tell him to ‘dip dip’ he always dunks his toast/pitta/bread. 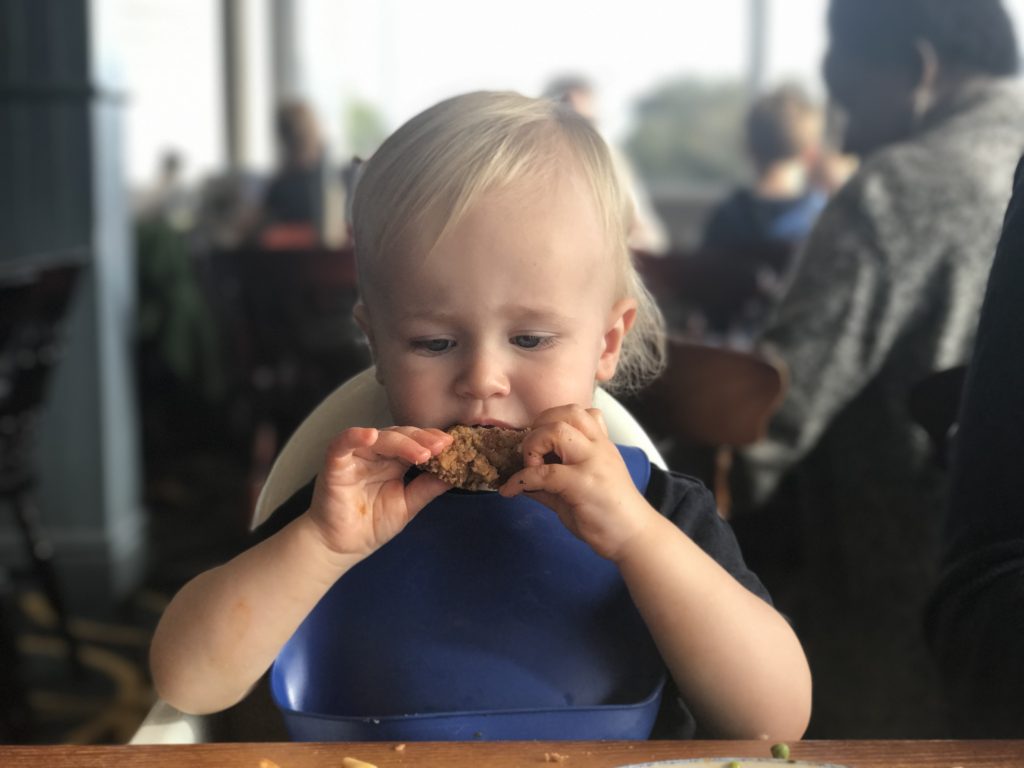 Dexter walks with us wherever we go, not that we go far! He walks with me down to the car every morning and back up again at night. He walks confidently around the apartment and never crawls. He is able to seat himself at his table on his little chair and enjoys watching the washing machine in action. He is able to open all cupboards and can climb onto things to get to items which are out of his reach. He loves watching TV and knows to use the remote to turn it on and when I turn the radio down in the car he points at it and shouts ‘da‘ until I turn it back on again. 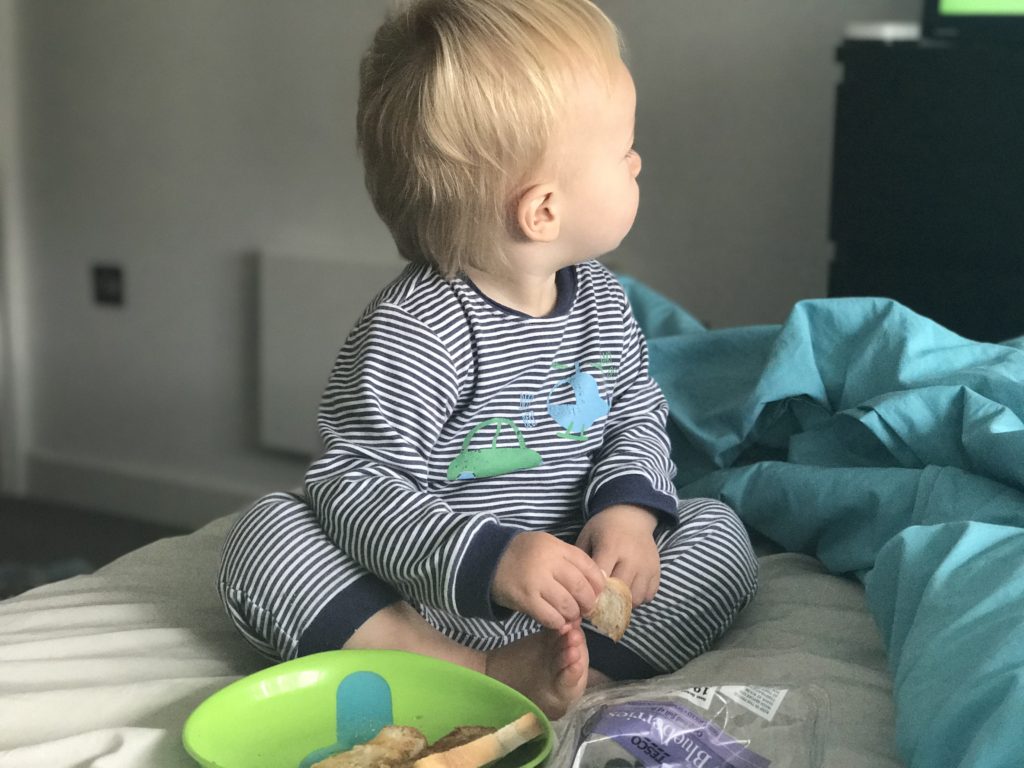 Food wise, he is eating more than ever. In the childminder’s he often eats his own meal and then anything left over by one of the fussy children. After coming home from the childminders and having three meals and a snack he often wants more food and who am I to stop him. he usually finishes the day with a banana, yoghurt and some breadsticks. His three favourites! 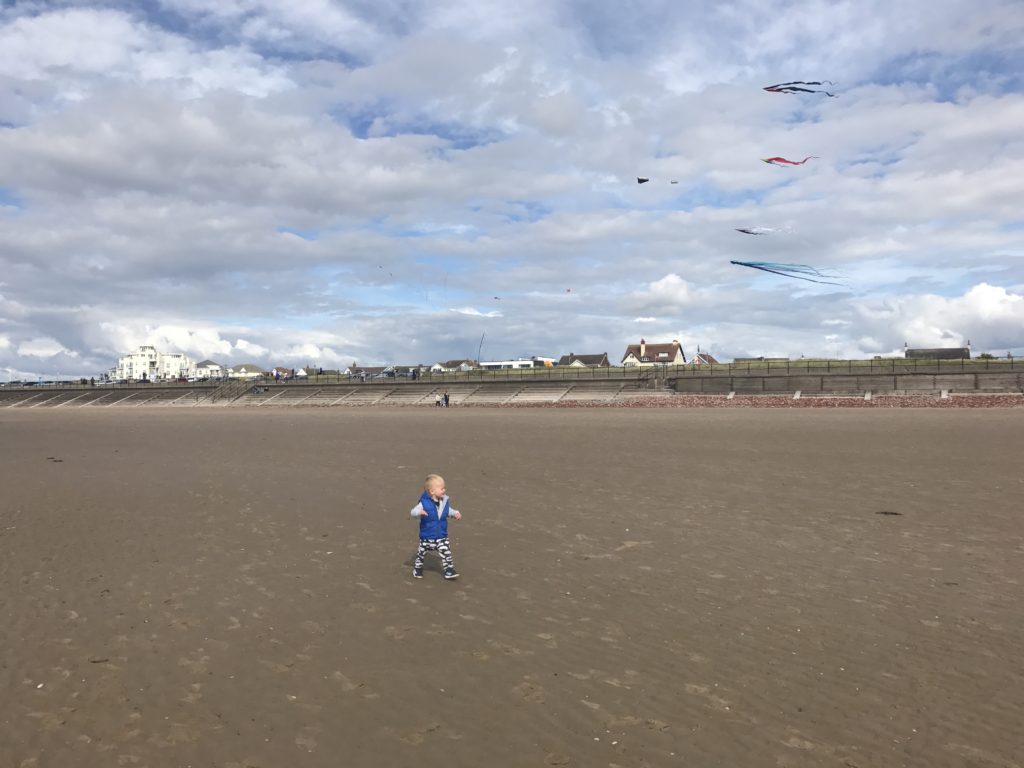 That’s about all for this month’s update. I won’t ramble on too much longer as it won’t be long until the 17 month update.

I'm glad you're getting wear out of his 12-18 month stuff, it's upsetting when they grow so quickly that it barely gets used! Lovely update.x