I feel as if reaching 18 months old is such a massive milestone for any child. Dexter is certainly no longer a baby, but a fully fledged toddler who is practising language, strutting his stuff and exercising his independence whenever he can. Here is what is new this month.

We have another new tooth! Bringing the total now to thirteen. The latest to erupt is his upper right canine and boy, did it cause us some sleepless nights. We were sure we had hit the eighteen month sleep regression due to the constant waking and scream at 3am, luckily once this tooth popped through I realised that had been the cause after all.

We had Dexter’s feet measured this week and he is now wearing size 6F. He has started making use of his 18-24 month clothing but some of it is still miles too big. We are still getting away with 12-18 month tops, trousers and vests which suits me just fine. I am going to be really sad to pack away some of his clothes when he grows out of them. 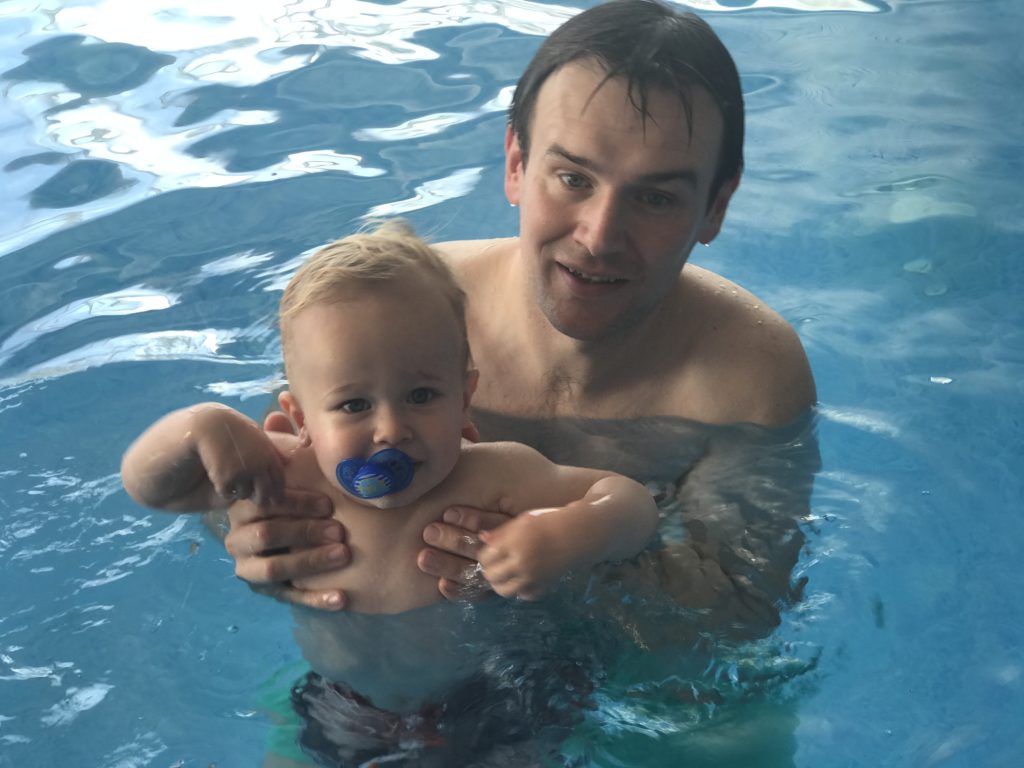 Language wise, the words just keep coming now. I have started a list on my phone so I can keep track and we are up to nine words. What’s interesting is nearly all the words he uses incorporate a ‘sss‘ sound. We have ‘shoes‘, ‘socks‘, ‘toast’ ‘Vince‘ (the name of his childminder’s cat) ‘cheese‘ ‘James‘ (the name of his friend at the childminder) and then also ‘banana‘, ‘car‘ and ‘dip dip‘.

The toddler temper tantrums have well and truly started. I have touched before on Dexter having epic meltdowns when he is told ‘no‘, but his new trick is to lie on the floor when he is not interested in doing what you’ve asked him to do. A simple, ‘Please come here to Mummy’ results in screams, falling down dramatically to his knees before throwing his head back until he’s lay down flat on the floor. If he doesn’t want something that you give him, he will throw it away angrily and woe betide you if you try to take something off him! 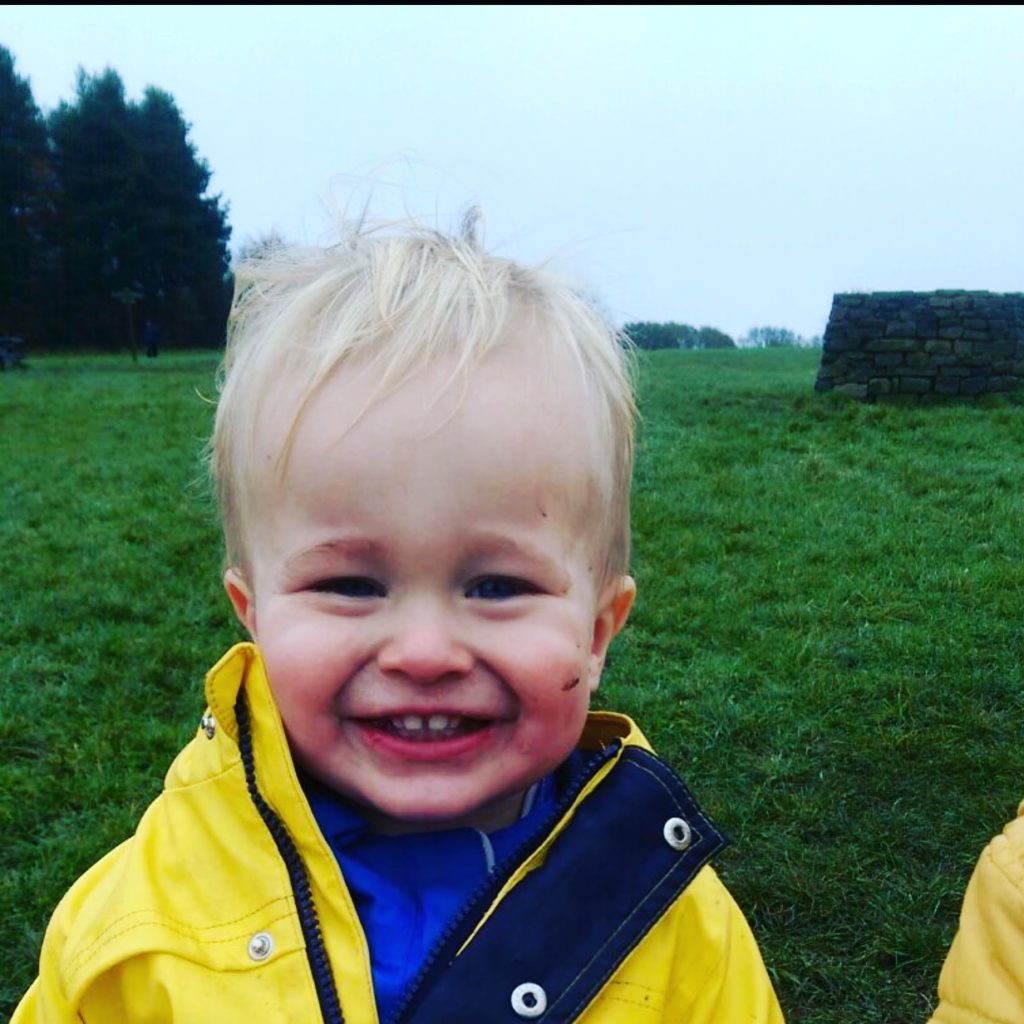 Interestingly, Dex has started doing strange things like diving head first off the bed and rolling off the sofa. He has been capable of getting down safely off both these death traps for some time, so this is both terrifying and strange. He does however walk nicely holding Mummy or Daddy’s hand when we need to walk to the car or from the car to the childminder’s house for example. He can now climb into his own car seat and get himself settled ready for me to strap him in and he points at the radio when he wants it louder.

Dexter still has a nap everyday. At the childminder’s it still only around 30 minutes to an hour, but at home with me it can be anything up to three hours. He has been getting sleepy at around 4pm since the clocks changed which can be a battle in the evenings and he has been having an early bedtime of between 6pm and 6.30pm depending on what time we get home. He has been waking naturally at around 6am which suits us when we need to be out on our commute but is very hard on the weekends! 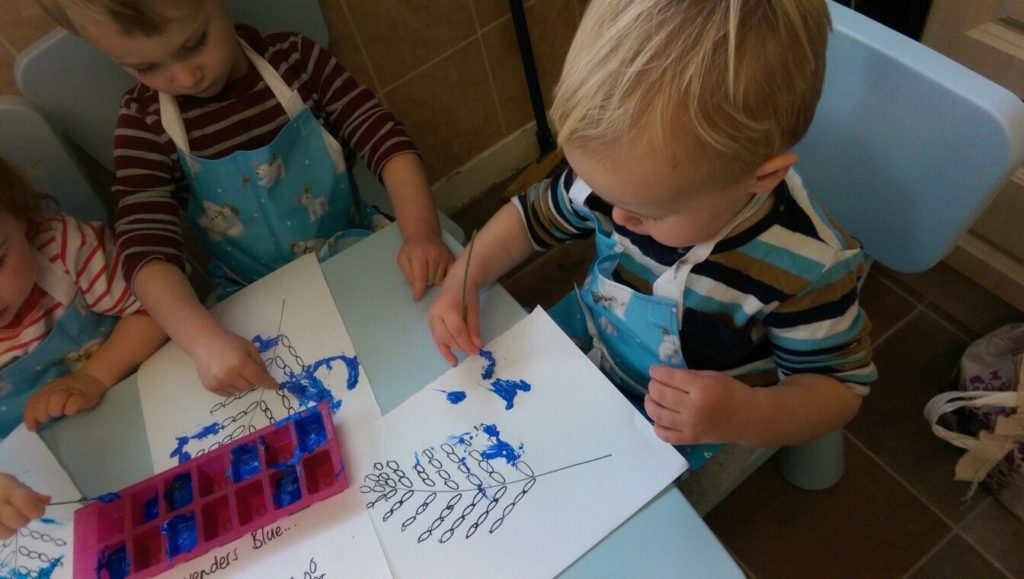 Food wise, Dex still is eating anything and everything! His favourites are pasta, cottage pie, bananas, toast and satsumas. He still only drinks water and uses a Munchkin 360. He uses cutlery pretty well and can feed himself his cottage pie with a spoon and eats his pasta with a fork.

Oh bless him, he's doing so well with his ssss noises, we can't master that one!

I too have started a list on my phone because whenever the health visitor comes round she's always asking me how many words he knows and off top of my head i never know so now I've got lists hehe. I thought logan had hit a regression too but there's no tooth and he's back to waking and sleeping through normally so that baffled me