Yet another month has come and gone and with it a whole host of new skills, behaviours and words. Dexter James is now 19 months old and this is what is new this month.

There is nothing new on the teeth front. Dexter still has four molars and his front eight teeth. I am patiently waiting for his canines to come through as I can see the skin starting to break at the gum line but so far, despite a lot of chewing on his dummy, no breakthroughs as of yet. I am hoping next month’s update will tell a much different story. I absolutely love his teeth: they are so white and shiny and he is always complimented on them. We are very lucky that he LOVES brushing his teeth and makes a point of going to find his toothbrush a few times a day. His favourite toothbrush (he has three or four) is his electric Spiderman one which is what got him really excited about brushing his teeth in the first place. 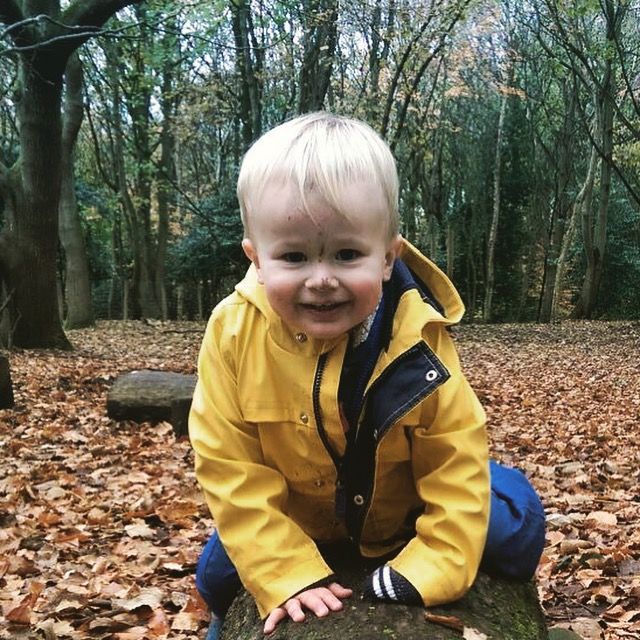 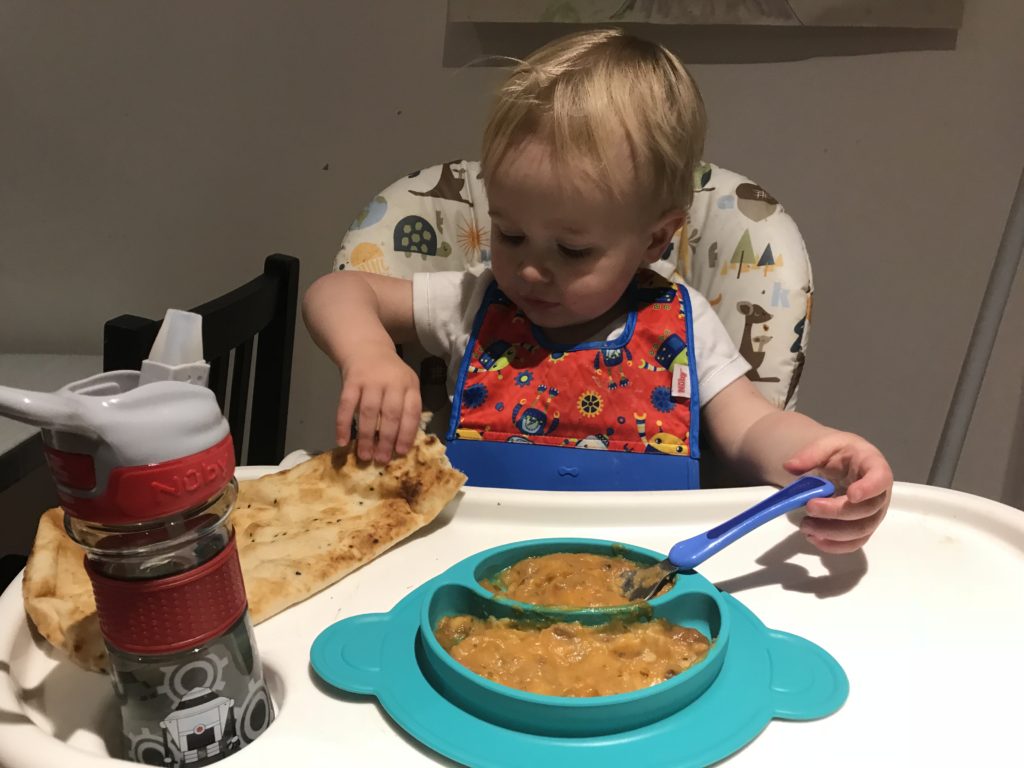 Food wise it has been business as usual for Dex and he has been demolishing everything he has been able to get his hands on. He is getting more adept at pointing out things he can see and attempting to say the word so that I’ll fetch it for him and everyday when he comes home from the childminder’s he runs in the kitchen and demands ‘toes‘ or as us adults like to call it, toast. He is still having three meals a day, two snacks plus two rounds of toast and a banana when he comes home from a hard day’s work. When we eat together, he will either sit at his Ikea table or in the highchair if he is having something a bit messier like pasta or curry. He is great at using cutlery and will eat a full meal of cottage pie with his spoon. Pasta he tends to poke at with his fork and eat it sensibly until the end when he just starts shoving it in his mouth with his fingers. His new favourite food is quesadillas which we ate in Wahaca this month. I’e now started making them at home for a quick and easy lunch or snack and he demolishes every mouthful. He has also been loving fish fingers, chicken nugget Happy Meals, blueberries, bananas, toast, pasta with seven veg sauce, home made pizzas, cottage pie, Little Dish chickpea pops and milk! 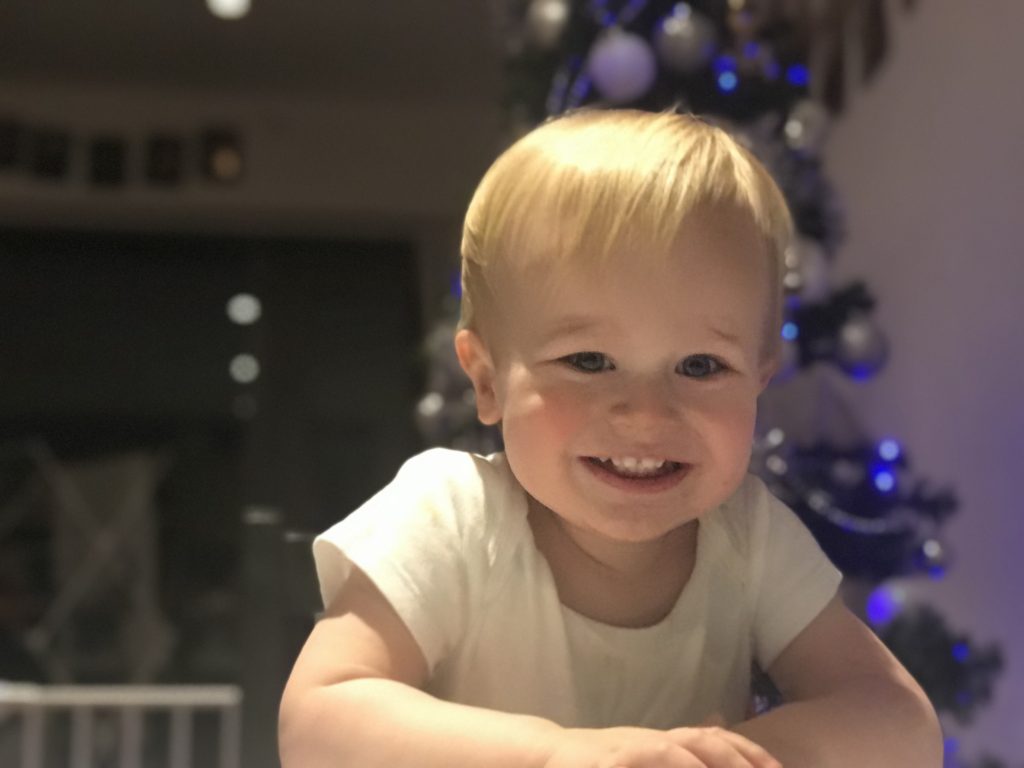 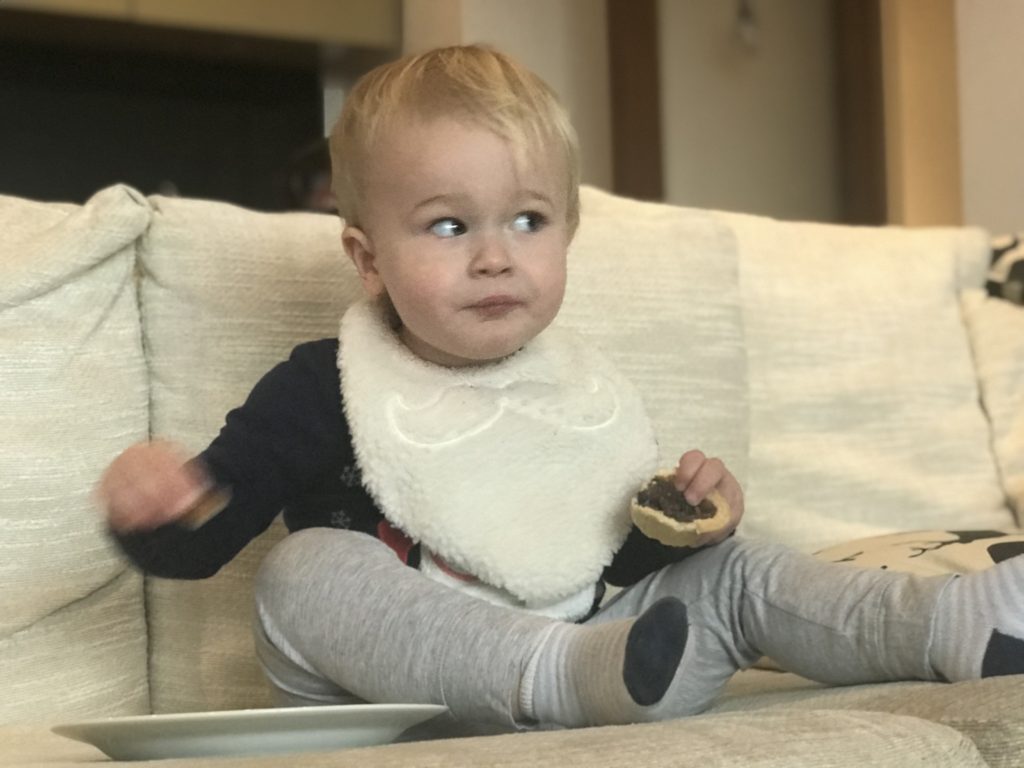 When Dex turned one, we stopped giving him milk in a bottle and he had a bit for breakfast and before bed in a cup. This slowly phased out and he hadn’t been having milk in recent months but lately it’s made a big comeback. He isn’t drinking LOADS, but when we are off together I’ll fill a big cup up and offer it to him throughout the day and he normally finishes it before bed. It’s a great way for him to get some calcium so I am all for it, especially as he takes such good care of his teeth, so I don’t feel like I need to worry about the sugar. Other than that he just drinks water. He has still never had juice, tea or a fizzy drink and I am really happy about that.

Clothes wise Dex is still wearing some 12-18 month bits like t-shirts and vests, but mostly he is in 18-24 month stuff although some of it is way too big. We have a gorgeous romper from H&M that is HUGE on his long legs, but that makes me happy because I know it is going to last longer. I’ve held off buying him clothes this month as I am hoping he will get a few bits at Christmas.

We don’t have that many new words this month. His favourite new word is ‘uh oh‘. Thanks to me, he has come to associate ‘uh oh‘ with the TV. In the mornings when we are off together, we have a little lay in my bed while I put the TV on and we watch a few nursery rhymes. Dex loves playing with the remote and of course loves pushing the buttons. This means that the TV goes off or on mute. Every time he did it, I would say ‘uh oh’ and Dex started copying me. Now, whenever he wants to watch TV he comes to me and says ‘uh oh‘ or finds the remote, brings it to me and says ‘uh oh’. It’ absolutely hilarious and super cute and I can’t help but laugh my head off everytime he does it. I really must start correcting him though! He still can’t say Mummy, much to my annoyance, but everytime he cries he does shout MUMMAMAMAMA! 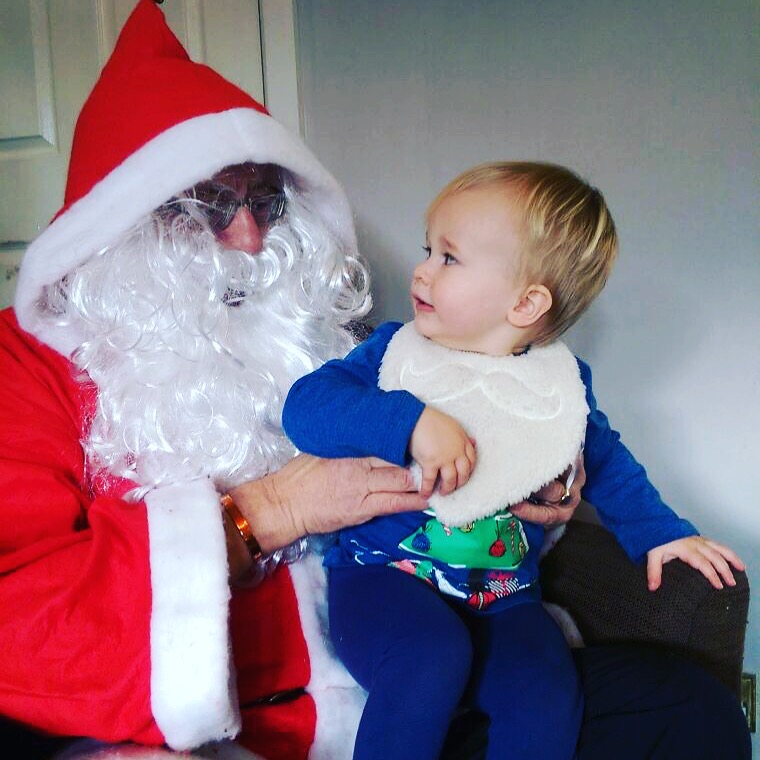 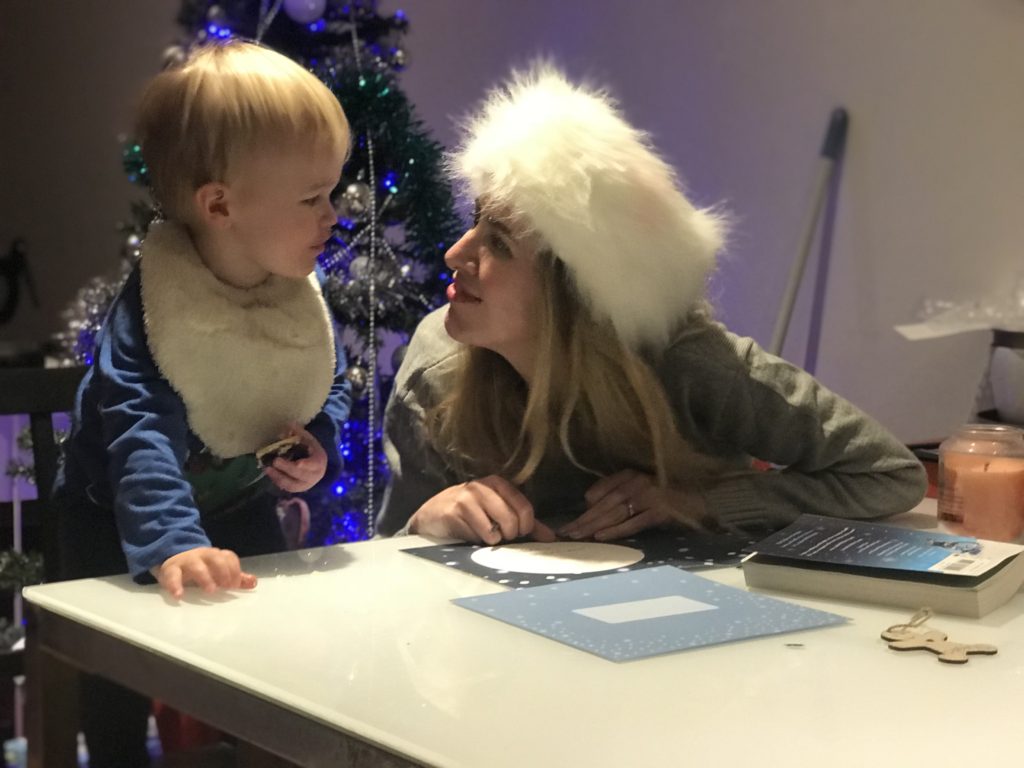 This month has seen him become even more fearless when it comes to exploring and climbing. He sees nothing wrong with standing on his Ikea chair while casually watching TV and earlier this month, after popping to the bathroom for a brief second, Neil returned to the kitchen/lounge to find he had climbed onto a dining room chair and then onto our dining table and was then stood ON TOP of it. Learning how to cope with a toddler who is not only fearless but a complete dare devil is going to be a challenge over the next few months, I can feel it.

One of my favourite moments from this month has to be putting up the Christmas tree. Neil was pretty adamant that the tree this year would simply not work. He envisaged it falling on top of Dex after he tugged and pulled at it none stop. I decided to put the tree up on my day off while Neil was in work and it was the best thing ever. Dexter handed me each piece of the tree and even tried to slot the branches in himself. It was so sweet to watch him helping and it’s a memory that will live forever in my heart.

That is pretty much it for this month’s development and progression.