Yesterday marked one year since we had our 20 week scan and found out we were having a baby boy. Up until this point, I had no idea what we were having but deep down, I really wanted a girl. When the sonographer told us it was a boy, I held back tears. How terrible is that? Here was a medical professional telling me I had a healthy baby boy and I was feeling upset. I later learned that this is called gender disappointment.

I asked some of my friends if they had ever felt the same way and it turns out it is more common than you think. I was told stories of how they were convinced it would be one sex to be told it was another and stories of how they dreamed of having a little girl after multiple boys. Of course, all the women I spoke to told me how ridiculous they felt now, a year later, with their gorgeous healthy babies who they are so grateful for.

I think a gender disappointment can come from the fear of the unknown. Fear that you will struggle to raise a child of a certain sex. Maybe, you grew up with only brothers and prefer hanging out with guys. It can feel so bewildering to wonder how on earth you will cope with a baby girl. What will you talk about, what games will you play?

Guilt is the secondary emotion that comes with gender disappointment. All the women I spoke to talked about feeling horrendous that they’d dared to be disappointed when they were carrying a healthy baby. We need to be careful that these emotions don’t turn into perinatal depression and that’s why I think its important to talk about it. 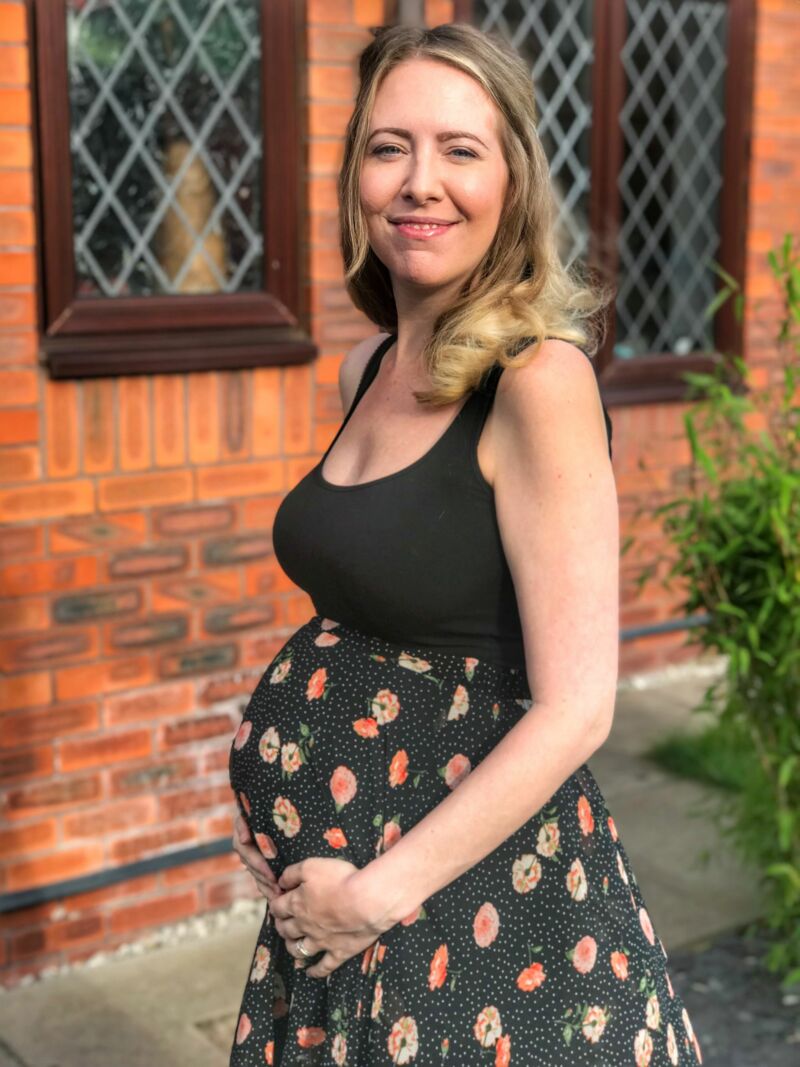 Why don’t we talk about it?

Gender disappointment is not something that is openly discussed and it doesn’t surprise me. So many couples struggle with infertility or have experienced miscarriages and still births. It feels pretty disrespectful to say that you are disappointed that you are having a girl when really you wanted a boy. After all, aren’t you extremely lucky to be carrying a baby at all? However, gender disappointment is a valid emotion and it is normal to experience  it, especially if you’ve spent weeks dreaming about the beautiful pink theme that you have planned for your nursery. Talking about it will help, whether that’s with your Mum, partner or even your GP. Bottling up emotions and feelings never helped anybody.

When will it pass?

For most women I spoke to, it passed pretty quickly. For some women it lasted a few weeks; for some up until birth. But, once that baby was placed in their arms, any negative emotion they may have felt disappeared. Don’t forget nature is on your side. When you go into labour, your body will start releasing something called oxytocin which is the ‘bonding hormone’. This is why we feel such a rush of love when our babies are placed in our arms, no matter what the sex.

Although I was so disappointed when I found out I was carrying a boy, I didn’t let it show and didn’t tell anybody. As the weeks wore on, I got more and more used to the idea. I started going out to look at baby boy clothes and toys. I watched films and started relating more to the mother-son relationships.

At around 27 weeks, I had to go for a growth scan because my fundal height was measuring small. While I was in the room, the sonographer told me the baby was hiccupping. I’d felt these little spasms in my belly before, but hadn’t realised what they were. I suddenly felt a rush of love and was so excited to have my little boy.

Looking back to my 20 week scan, the sonographer had struggled to show us our baby on the screen because he was so curled up in my pelvis and the whole thing had felt rushed. In addition to this, she had hit my stomach quite hard, multiple times as she tried to get the baby to move.  Not exactly helping the negative emotions I was already feeling.

This third scan had been a much nicer experience: she had taken her time measuring his body parts and let me watch the screen as she did so. I was also alone in the room for this scan (my husband was in work) and it felt so nice to be able to bond with my baby boy alone. 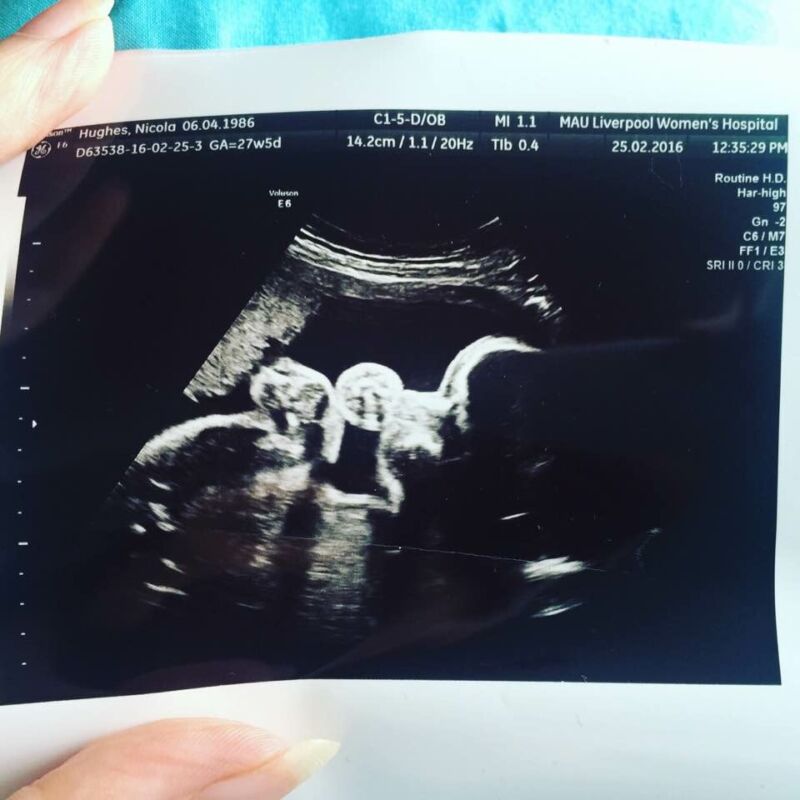 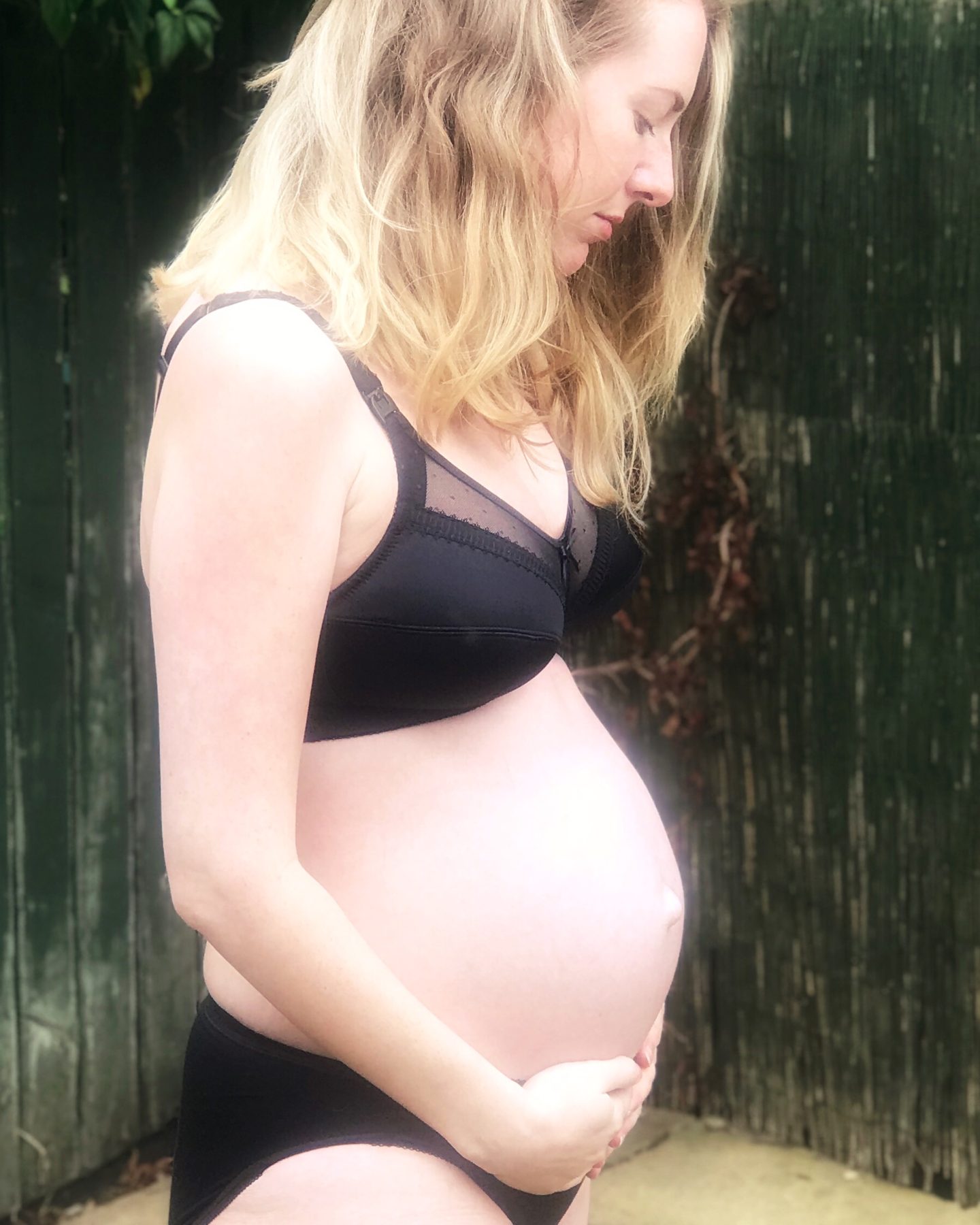 I believe my feeling of gender disappointment had come from not really understanding how I would be able to bond with a son. I am an only child and didn’t really hang around with boys as a child. I suppose I was looking forward to having a girl so I could do her hair and teach her about make up. As a friend said to me, it’s more likely you will want your baby to be the same sex as you. Typically, men want little boys and women want little girls. What’s crazy though, is that I am more interested in stereotypical male gender things than female ones. I love football, going down the pub and drinking pint (or I did) and I’m crap at doing hair and make up, which is why I use hairpieces for women!

If I have another baby, I won’t be bothered about what the sex is. I understand now that having a boy doesn’t automatically mean they’ll be into male stereotypical things and the same goes for having a girl. I initially wanted a girl so we could share beauty tips, but technically I could have a girl and she could hate anything associated with the female gender! We can’t forget that just because we give birth to one sex, it doesn’t necessarily mean that they will choose to identify with traditional gender roles.

Did you feel gender disappointment when you were pregnant? How did you cope with it?

Read what it’s like from the man’s perspective here 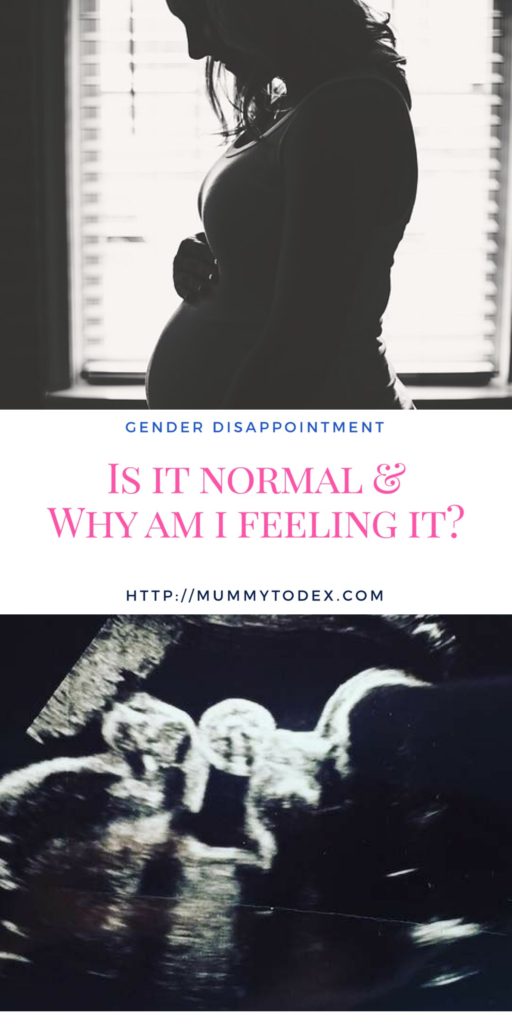 Yes I can totally relate and have a post about this coming up soon! I was convinced I was having another boy and always saw myself with three boys so being told I am having a girl took me some time to get my head around. Thank you for linking up to #SundayBest x

This is a great post and such an important subject. I blogged about gender disappointment myself nearly 4 years ago now and to this day that post receives hits every day from people who have googled it, and I get emails from upset pregnant women who feel theyre not allowed to speak about how theyre feeling because people will think theyre horrible or ungrateful - it's so unfair, Pregnancy hormones make these emotions very hard and women feeling this way need to be allowed to talk about it without being made to feel worse. Well done for speaking up! Thank you for joining us at #SundayBest - hope to see you again tomorrow! xx

This is a great post, I think it's a very normal feeling to have and there's no shame in admitting it. I have two boys and they are certainly not stereotypical boys just as two girls may not have been stereotypical to their gender either. #SundayBest xx

Peachy and her Mommy

There is nothing wrong with having a preference. I don't think a preference is the same as a disappointment. I think it's very rare to feel actual disappointment about the gender of a baby. I think it's just a preference being blown out of proporiton by those sneaky pregnancy hormones. When I was pregnant I used to cry about the dumbest things. I even knew I was being unreasonable while it was happening but couldn't stop. I just kept trying to remind myeself that I wouldn't be pregnant forever and I would go back to being a somewhat normal person with appropriate emotional responses to daily occurences. #SundayBest

It isn't that rare, which is why I decided to write about it. Thanks for your comment.

Lovely read! A reality for many I am sure! I was never concerned before, but now that we are awaiting out 5th and the other 4 are old enough to understand. I was a little worried, I wont lie! All of them wanted a boy, to the point that I was told to give the baby back if it was a girl (I have 2 boys and 2 girls already) ... So you can imagine my relief when I we were told we were expecting a boy! Shew... Not sure how I would of dealt with that one.. More for the kids than myself. I would be over the moon with either gender. Thank you for linking up with #globalblogging