Dexter turns three next month and was still super attached to his dummies. Dexter has had a dummy since he was around two weeks old and it’s been a very successful sleep aid.

I remember every single night that I had to get up to put that dummy back in his mouth. I remember every trick I tried to help him find them himself including putting at least eight dummies in the cot, purchasing a Sleepytot (which he still loves to this day) and even trying breathable cot bumpers when he was a little older to try and keep the blasted things IN the cot.

We’ve had highs and lows with the dummies. They have soothed him when nothing else would have done the trick, they’ve kept him company every night and there’s been moments where we have been down to one single dummy or unable to find one resulting in very stressed out parents! They’ve been there through the good and bad times and have been a constant companion to our little boy.

I started restricting the dummy when he was about 18 months old, only allowing him to have it at night or in the car for our long commute to and from work each morning. This got trickier as he got older as he’d become really good at finding them and sticking them in his mouth- sometimes two at a time! As he got older again and his comprehension got better, each time i caught him with a dummy I would say, “Oh, you’re going to bed are you?!” And he’d quickly spit them out protesting it wasn’t bedtime. 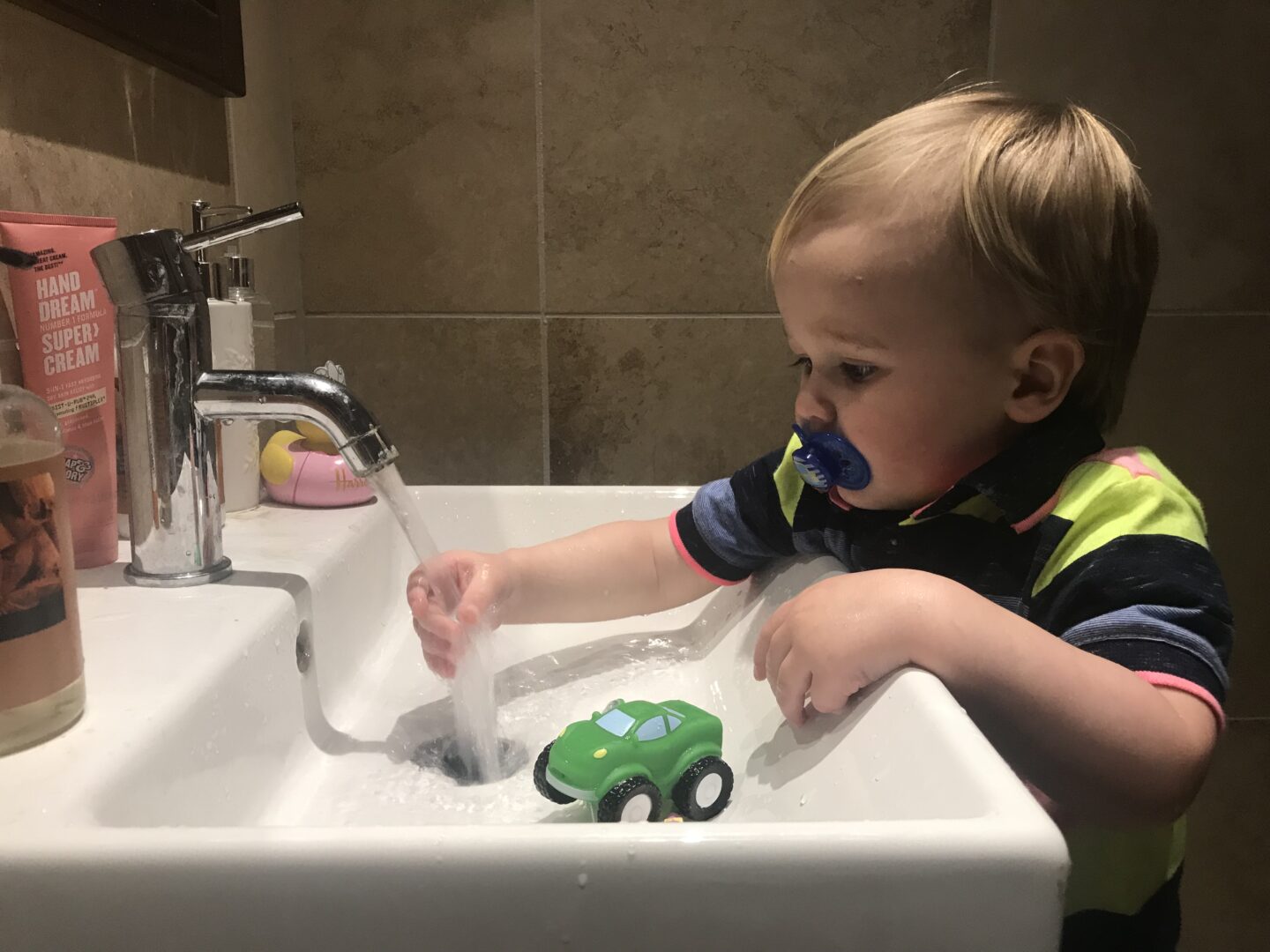 Dummies were part of our bedtime routine. We would get him in his pyjamas, brush his teeth, fill up his cup of water, find bunny and dummies and get in bed to read a book. I wasn’t sure how things would pan out with him not having a dummy any more and I felt a little sad that my boy was growing up, but they needed to go.

As well as being worried about his teeth, palate and speech, the dummies were becoming a choking hazard as he insisted on biting through them. In the car he’d throw them on the floor and then whine that he wanted them back and they were becoming an irritation as well as a source of guilt. I mentioned to Dexter several times that we would be getting rid of them soon as he was becoming a big boy and one such conversation went like this:

Me: You’re getting older now Dexter, you’re three next month. I think it’s time to be getting rid of the dummies soon.

Me: Yes, you know Matthew (four year old friend) he doesn’t have a dummy does he? He’s a big boy, just like you.

Me: And you’ll be three soon, dummies are for babies really not big boys. What do you think?

Him: James (another friend) is three and he has a dummy!! 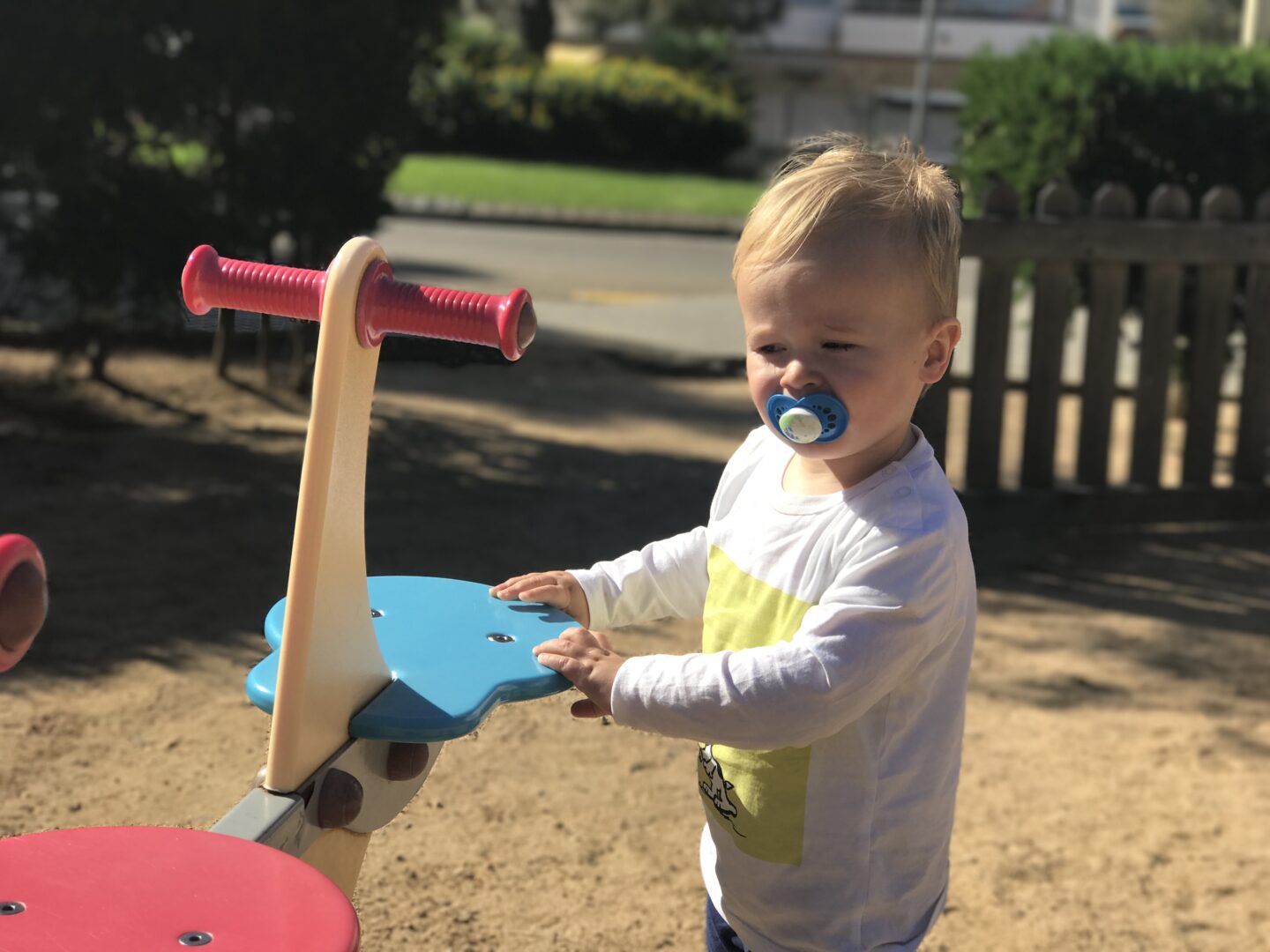 Getting Rid of the Dummies

I had a few plans to get rid of the dummies but I was also biding my time to make sure that he was ready and that we were ready to deal with the battles that would inevitably come as a result of the dummies disappearing.

First, I considered letting Father Christmas take them away, however we had just had Felix and that month passed by in a blur of sleepless nights, illnesses and Dexter’s newfound irrational fear of Santa Claus. I couldn’t spoil every Christmas for years to come by allowing the man Dexter feared the most take away his dummies too, so we left it.

Next, after a lovely half term trip to Thomas Land, I considered going back for Dexter’s birthday and using the dummies as payment for tickets. However, Dexter started talking more frequently about the Easter Bunny (thanks YouTube) and I decided on another course of action.

The plan was to use some plastic eggs to put the dummies in, leave outside in the garden for the Easter Bunny, who would swap them for chocolate eggs.

The morning of Easter Sunday came and in strolled Dexter into my bedroom dummy in mouth and bunny in hand. I reminded him about the Easter Bunny taking his dummies away for eggs and he seemed eager to get on with it. When I returned a few moments later with the plastic eggs and tried to put a dummy inside one, he cried and cried. It was a heartbreaking sort of cry, not a whiny tantrum. Tears streamed down his face as he turned red and pleaded with me not to take them. I let him have them back and he sat in bed watching TV for a little while.

An hour or two later, he put the dummy in the plastic egg of his own accord and showed me proudly. I asked if he’d like to collect up all his dummies and do the same and he agreed. We went to find his dummies (four in total) put them in the eggs and then went out into the garden to put them down. I then pretended Felix was crying and asked him to come back upstairs with me, and when he was distracted I ran back down, replaced the dummies with chocolate eggs and put out all his large Easter eggs too. A few seconds later he came to the top of the stairs shouting, “Mama! What you doin’?” and I ran to the bottom looking shocked saying, “Dexter! Come quick, I think the Easter bunny came!”

He was so joyful and gleeful in finding all the eggs and despite the big ones being there too, he was more intrigued to open up the plastic eggs to see if his dummies were there or not. He spent the rest of the day stuffing his face with chocolate eggs and we had a lovely dinner over at his Nanna’s which kept him busy and preoccupied. I was dreading bedtime.

He hadn’t had a nap so I was hoping he’d go to bed relatively easily. As soon as we got home he declared he was tired and wanted to read a book (aren’t I lucky!) so we headed to his bedroom. We did the usual bedtime routine but without the dummy. He asked me several times where they were and asked for two by name (he had started referring to a few of them by names the last few weeks) but I explained the Easter bunny had taken them to be with the babies who needed them. He was a little bit sad and cried a bit, but soon settled when I read a book to him. I offered him a blanket and his bunny, he didn’t want bunny but took the blanket. He whined for a little when I left but soon fell asleep. 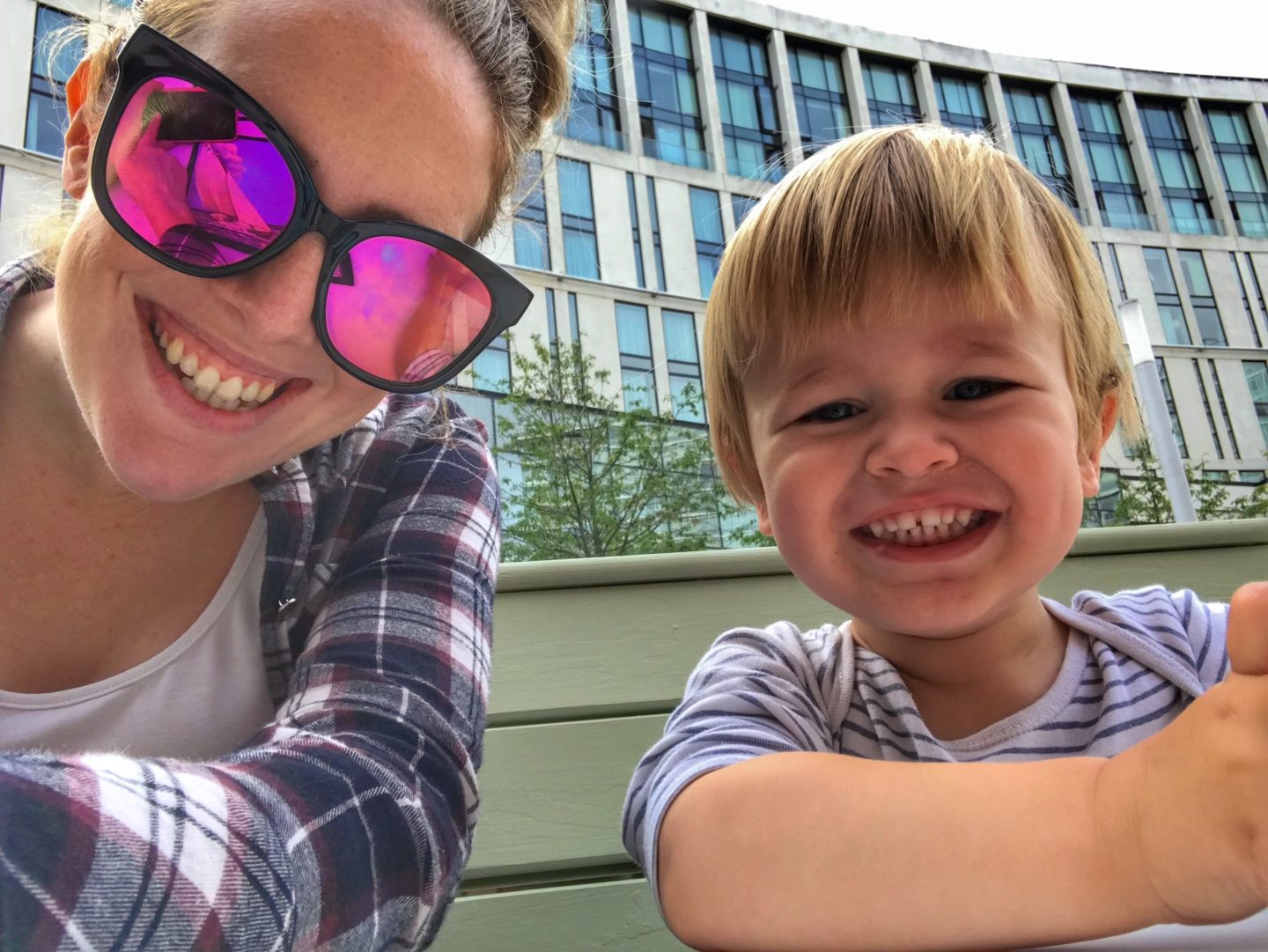 That evening he woke twice, but I’m pretty sure this was down to the heat as opposed to the dummies. He was soaking wet with sweat the first time I went in so I opened a window and read him another book. The second time, I filled up his water cup and gave him a few strokes on his back and he soon drifted back off.

And that is how we got rid of the dummies for good.

It’s been two weeks now and they have been mentioned a few times, usually when he sees Felix’s with his and he asks where Dexter’s are, but I simply remind him about the babies who needed them and what a kind thing he did helping him.

We’ve had successful nap times, bedtimes and car journeys and I’m excited to see the difference in his mouth in a few months time when his palate gets used to not having a dummy in there all night.

Super proud of my little guy. We have now transitioned from cot to bed, moved house and ditched the dummies. All that remains is potty training and I’m owed a really hard time with that one!

How did you manage with getting rid of dummies? I’d love to hear your story.

I’m finding getting rid of Logan’s quite tough because he’ll just steak Sullivan’s if he can’t find his own , I’m guessing my only solution is to get sully off them first but that wouldn’t be fair would it really as sully is younger I just don’t know .. I plan on taking it and telling him the birthday fairy took it on his birthday and replace it with a toy .. I’ll let you know how we get on. Speaking of which I can’t believe our boys are nearly 3!!! Seems only yesterday when they were babies themselves