Home » Baby » Working Out How Old Your Baby Is 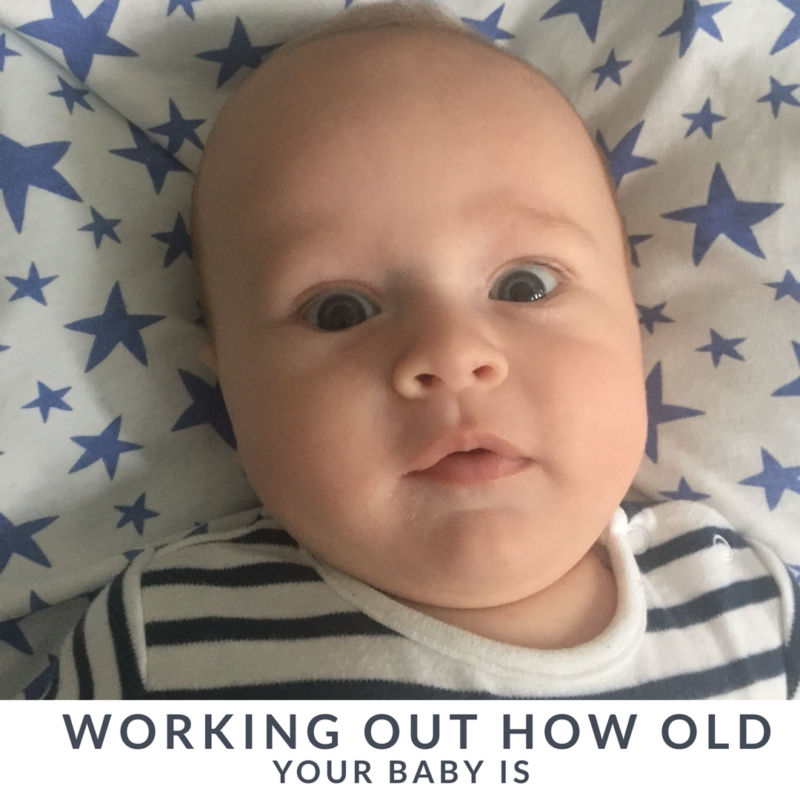 Dexter and I went to Baby Babble class at the local children’s centre yesterday. We don’t often go to baby classes, mainly because I am scared of awkward mum chat, but I know I need to do what’s best for Dexter so have been making more of an effort recently. When we arrived, the receptionist told us that the usual leader was in a meeting and the other lady was on holiday so we would “have to get on with it ourselves“.

Luckily, the women I met there were really nice and friendly and all was going well until I was asked how old Dexter is. “He’s going to be six months at the end of the week“, I proclaimed excitedly. “Ooh what day was he born?” asked another Mum. “May 20th“,I dutifully reply and I swear to god, every face in the room fell.

“Then how come he’s not six month old yet? My baby was born in June and he turned six months two weeks ago.”

I didn’t really know how to respond to this. It’s not the first time I’ve heard someone say their baby is older than what they really are. How is it possible that there’s such a divide in how old we say our babies are? Especially when it is so important to know their age to start things like weaning and increasing milk feeds.

I have always counted how old Dexter is in weeks and every Friday he turns another week older. I have then counted how old he is in months by the date on the calendar. Every month on the 20th he becomes another month older. Therefore on the 20th November he will be 6 months old.

Some people are counting four weeks as a month which doesn’t work. There are often more than four weeks in a month, after all February is the only month with 28 days. And if four weeks is one month, then that would make your baby 12 months old at 48 weeks. A full four weeks before his first birthday.

It doesn’t bother me if people want to count it in this way. Do whatever the hell you want, but when people actually start trying to correct me? Then that gets my goat. My poor friend Kirsty hashtagged her son as #fourmonthsold and then got some busybody commenting and saying ‘actually 21 weeks= 5 months’. Argh!

I think it is quite scary that our HVs are not explaining this to us. People could end up feeding their babies at sixteen weeks thinking that they’re now 4 months old and ready to be weaned, when really solid food before seventeen weeks is very dangerous!

If you are unsure how many months old your baby is you can use this handy calculator here.

Anybody else had the same issues?