So when I found out I was pregnant, I did an update each and every single week before they sort of petered off in the second trimester. I haven’t had the easiest of pregnancies and it felt like I was moaning each and every week, which I didn’t want my updates to be about. I’ve also found it harder to get excited this time due to feeling so tired and being so busy working and looking after Dexter.

I’m now 34 weeks pregnant and am finally starting to feel those pangs of excitement that we will be welcoming a new addition to our family this time. I’ve felt really guilty that I haven’t bonded as well with this baby and I often wonder if it’s in part due to the fact we decided not to find out the sex. Although I suffered some gender disappointment when I found out our last baby was a boy, at least I was able to get out and about looking at cute baby boy clothes and get myself excited. This time I have hardly bought any clothes because gender neutral stuff is so thin on the ground and I have often thought what’s the point when I have bags and bags of stuff that could be used if I have another boy. 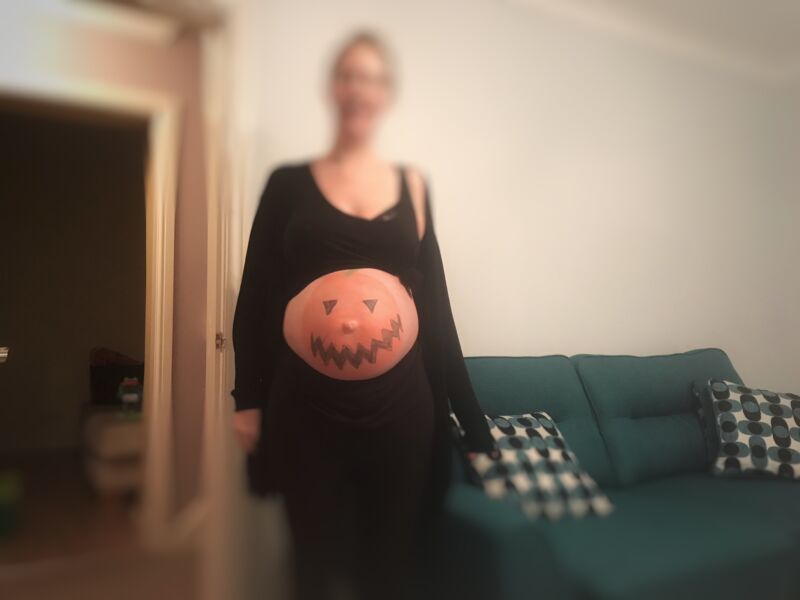 Last week I was signed off for the remainder of my pregnancy (I was planning on finishing at 36 weeks anyway) and things have just felt a whole lot better. I was working 41 hours a week, spending up to 12 hours in the car commuting each week, doing nursery drop offs, running the home (badly) and trying to spend my days off doing fun things with Dexter. I was so tired that the days off were not spent doing fun things, but instead I would lie in bed for as long as I could using YouTube as a babysitter, desperate for nap time to come along. After work I would collapse into bed with extreme pelvic pain, unable to move and fast asleep by 8pm. Things were tough. Then the migraines started and the Braxton Hicks were becoming unbearable in work and at home. I honestly felt like I was going to go into preterm labour at any time. 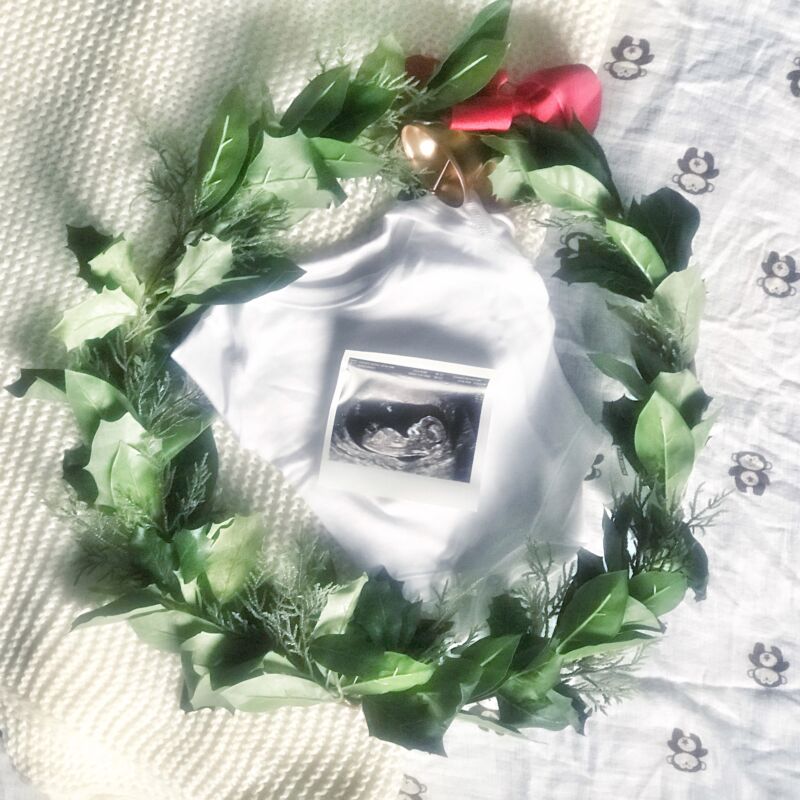 Since being signed off, I’ve been able to go at my own pace, and although I’ve felt guilty about letting work down, I’ve felt a whole lot better and have rested as much as I can. My pelvic pain has eased drastically and most importantly the migraines have ceased. I’ve started making lists of what we need and what I want to put in my hospital bag and I’ve loved spending time just feeling the baby move and singing to and stroking my bump. I’ve got a lot more time to focus on my diet and try to improve my iron levels through food as well as taking my ferrous sulfate tablets. I’m also trying to eat more fibre to keep myself regular as hemorrhoids have also blighted me during this pregnancy, although they’ve eased a little now I’m not on my feet/sitting down so much and am able to lie down whenever I need to.

At my last midwife appointment baby was measuring right on track and their heartbeat was 140bpm. He or she is head down with their back along my right side. They are super active and kick me on my left side most evenings. Baby has started hiccuping several times a day, just like their big brother did at this point, and I can feel it really clearly, and often see it too! 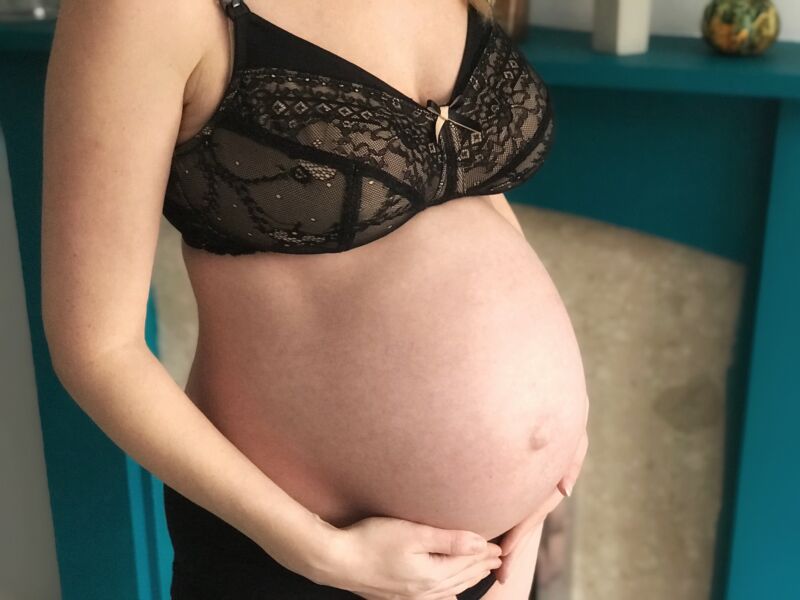 We’ve started thinking about baby names- but only boys ones and we have around five that we both like. I have my favourite boys name but my husband isn’t keen due to it being difficult to pronounce, it’s possibly a little too European for his taste. We haven’t bothered to think about girls names really as we are convinced this baby will be another boy, but I like Natalie or Natalia which means born at Christmas and is very apt considering baby is due on the 21st December.

I’ve started to think carefully about my birth plan. I understand that often things don’t go quite to plan as you would hope, however I want some definite rules put down this time. I’d like to give birth in the water if possible this time and I’d like to be the one to make the decision when it’s time to push, so I don’t end up pushing for hours on end. I’m going to go drug free as I did last time and I’m going to breastfeed once baby is born. I’m happy to have an injection to deliver the placenta but I’d like as few interventions as possible; I don’t mind being checked for dilation when I arrive at hospital, but I don’t want to be checked multiple times while I’m there. 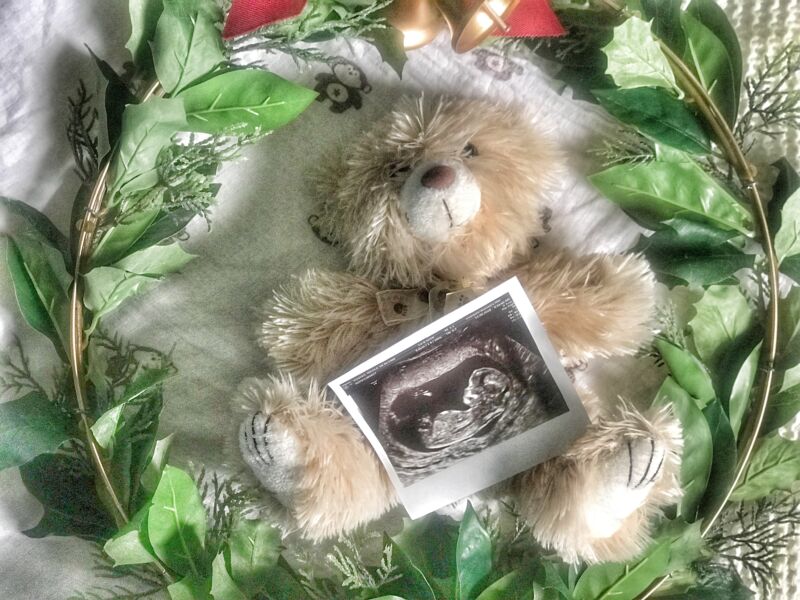 I’m going to spend the next six weeks making sure I have everything ready for baby. His (or her!) cot is already set up in our room, I need to get more clothes washed and ready and I want to spend lots of time with Dexter before his world changes forever. (Oh god, I’m crying now!) I’m really appreciating this time I’ve got off work to focus on the baby and try and bond more with them, and I’m half wishing the next six weeks fly by so I can meet my baby, while also wishing they go really slowly so I can soak up every last moment of being a family of three.

awww it won't be long now, I hope you get plenty of rest X

I am so excited for you three! It's so different with the second one, I definitely think it's harder to bond just because you're busy with a toddler and life and it's not such a huge upheaval. This next six weeks is going to pass so quickly! x

So happy you've got this time to rest and spend time with Dex. It's so important that you look after yourself xx