Being a Mum of two is seriously hard work. Why does it always seem to be that the baby gets hungry at the exact same time the toddler needs your absolute undivided attention?! I have not just had to deal with a generic whiny toddler and needy baby, but a toddler who has been ill with a fever, runny nose and cough THREE TIMES in eight very short weeks. Life has become an incredible balancing act that has been helped by the five products I’ve listed here. Five products I simply couldn’t have coped without, that have made my life a little easier or given me that all important peace of mind.

I really didn’t want to invest in a double pram or buggy because most of the time Dexter is very happy to walk everywhere. In fact, I cannot actually remember the last time I took him out in a pram, we are talking six months ago, at least. However, despite his initial happiness and willingness to walk, he will decide at some point that he can go no further, falling to the ground and protesting that he needs to be carried. That’s why the buggy board has been an absolute godsend. As soon as he has one of his meltdowns and exclaims that he is tired, I can pop him on the board and wheel him back home. 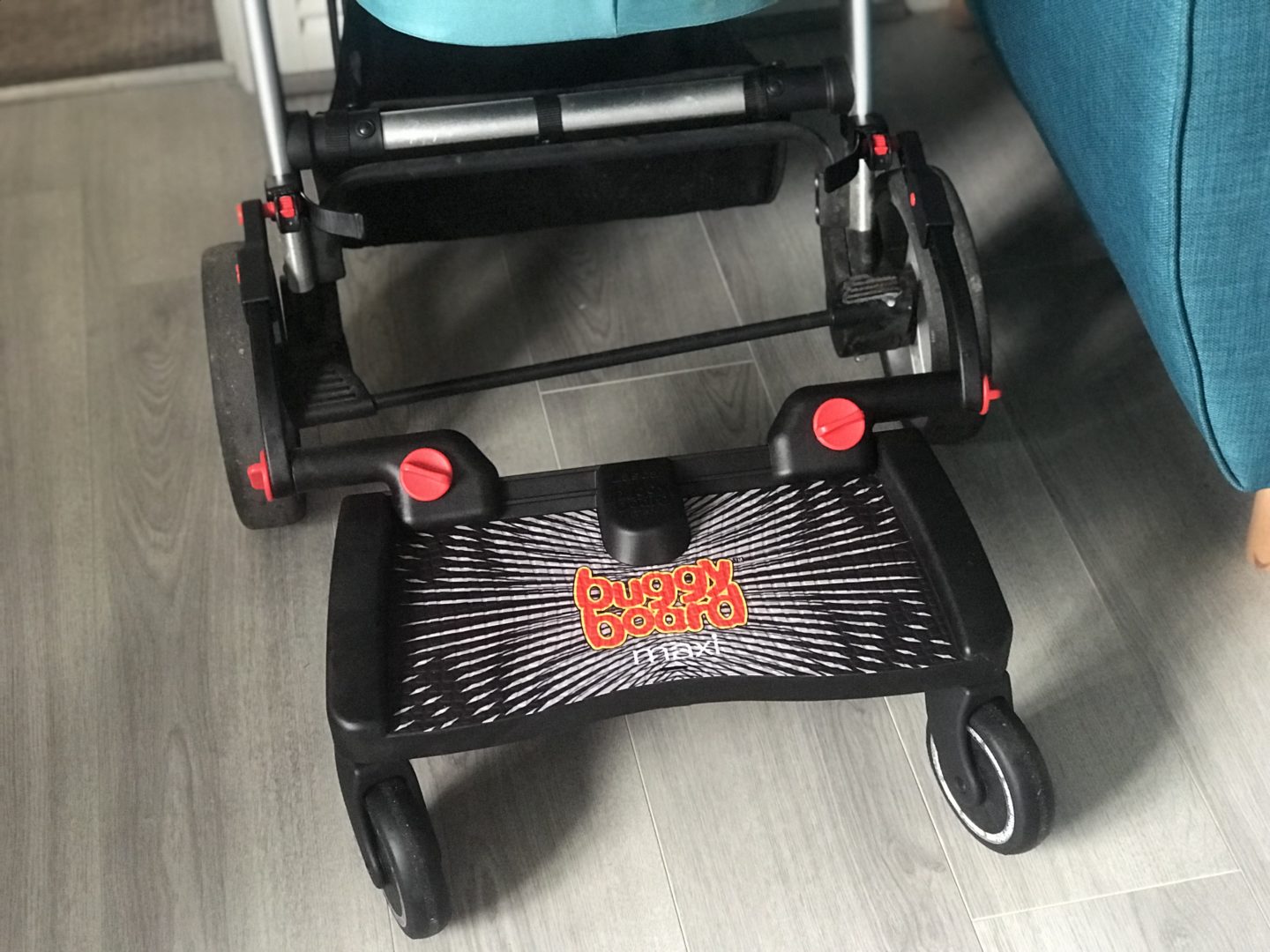 I have literally invested in a baby bouncer for every room in the house and it has absolutely been money well spent! As soon as I need to feed the baby, Dexter proclaims that he wants Mummy cuddles, so of course once I am done, off baby pops into one of the bouncers while I fulfill my duty and give the best Mummy cuddles around. They’ve also been fab for when we have been baking in the kitchen or playing cars in Dexter’s bedroom as a safe space for baby to watch us crack on with numerous toddler activities. I’ll no doubt have one in the garden once the weather starts getting a little warmer.

As I mentioned earlier, Dex has been ill three times since Felix was born eight weeks ago and the baby thermometer has been a fab tool to have in my kit to make sure everybody’s temperature is as it should be. I think I’ve used this particular thermometer that I found on LionsHome more times in the past eight weeks than I did during Dexter’s first year of life!

Now that I’ve got two kids to think about, the amount of stuff I need to take out with me if we go to playgroup or for a trip out to a local attraction is insane. Change of clothes for both boys, nappies, wipes, drinks, snacks, muslins, dummies…the list goes on and on. A changing bag in which to store it all is absolutely crucial. 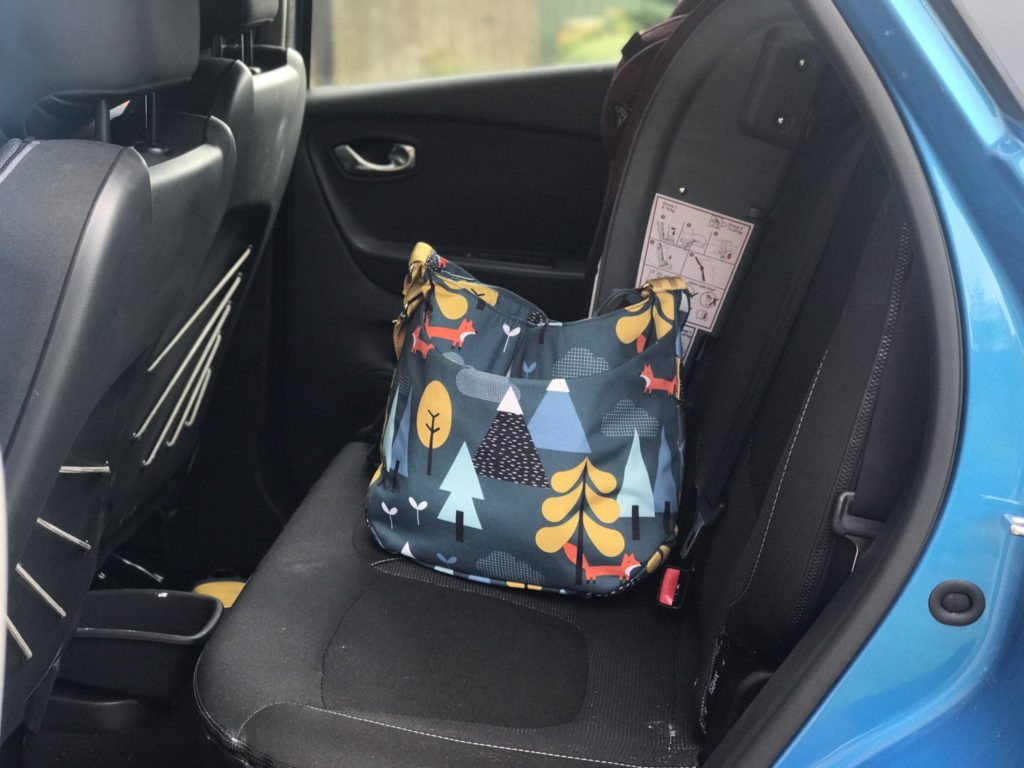 When Dexter is at home with me instead of at childcare I like to spend as much one on one time with him as I possibly can- pretty hard when you have a newborn-but possible! Felix has a good long nap after his first bottle every morning so I leave him snug and cosy in his Chicco Next to Me crib and Dexter and I go downstairs to make breakfast and set up an activity we can do together until he wakes. This one on one time is so important for me and simply wouldn’t happen without my vitally important video baby monitor. Not only can I hear Felix if he shouts out, but I can also see that he is okay too. Previously, I had tried to get him to nap downstairs with us while Dexter and I played, but Dexter insisted on going over to him and shouting “FELIX AWAKE” as loud as humanely possible, so the poor thing had no chance of a snooze!

What are your baby and toddler must haves now you’re a Mum of two? 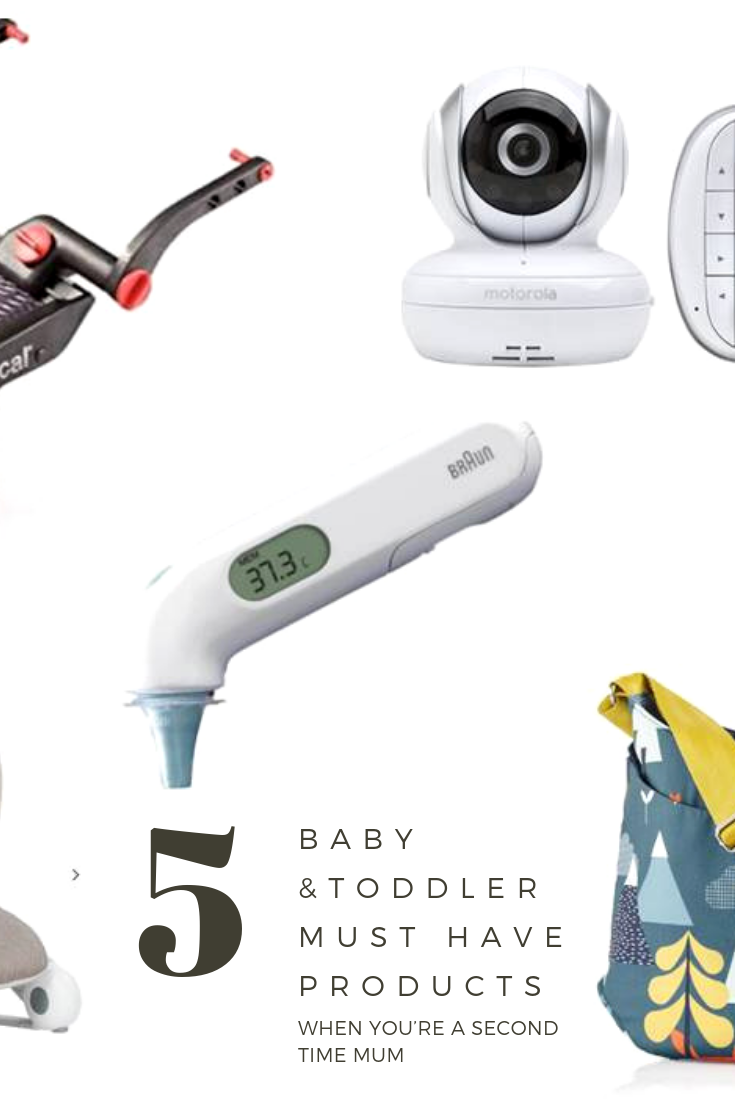 We're considering a buggy board for my mum to use - is it worth it? I'm worried she'll kick it all the time!