Thank you to Maria over at Mummy to Logan for tagging me in this very different way of doing a 2016 review. This is pretty difficult, but I got there in the end. It’s been an incredible year, the best of my life so far. Here’s why:

Alcohol – not a drop has passed my lips in 2016. I haven’t missed the hangovers or the anxiety that comes with them. I have a new found addiction to Coke Zero, but it doesn’t contain any calories or guilt!

Baby Led Weaning started in November. It has been so much fun (and stressful!) It’s so great watching Dexter learn about new tastes and textures.

Christmas will be spent at my Mum’s house this year. We go over on Christmas Eve. I’m making the dessert.

Dexter was born on May 20th this year. The happiest day of my life? Can’t remember much as I was so tired.

Baby Einstein is my favourite brand of toys. We have an activity centre, jumper and lots of little toys too.

Fireworks – We spent New Year’s Eve, Bonfire Night and countless other summer nights watching the fireworks from our balcony.

Grasmere – I spent my birthday here this year. We stayed in a five star hotel and I hobbled around with my big pregnant belly and ridiculously painful pelvis.

Help to Buy ISA – we saved he maximum possible in our ISA this year. Hopefully by July 2017 we will have the amount we need for our deposit. 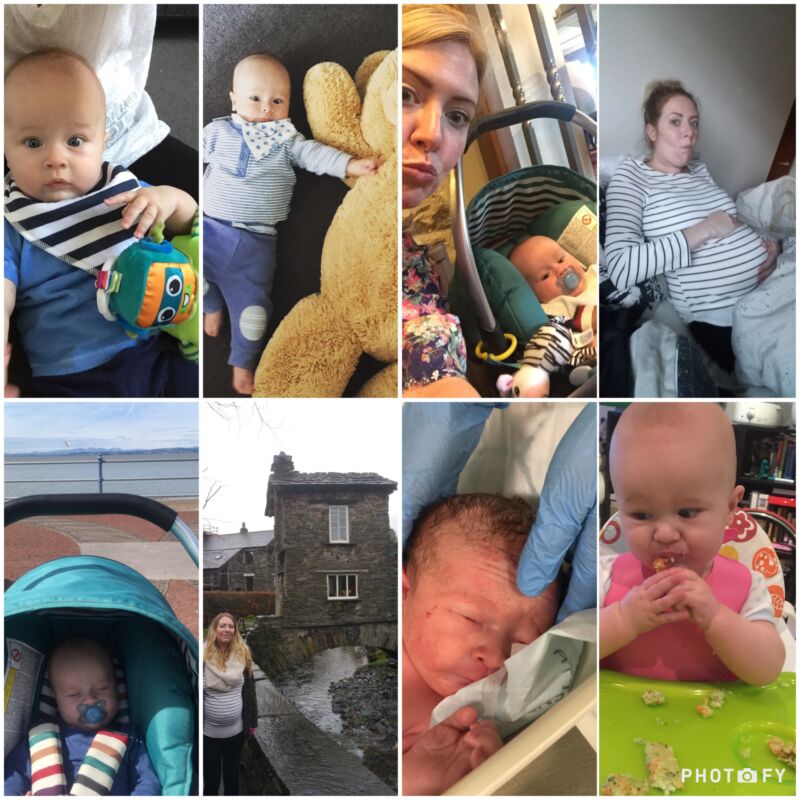 Isolation – I have felt very isolated this year being off sick from work and then having a baby. For that reason I am looking forward to going back to work next year

Job – My husband got a permanent job in a school after being on temporary contracts for three years.

Karen (my mum) became a grandma for the first time.

Liverpool Women’s Hospital is where I have birth to Dexter.

Morecambe- We have visited twice this year. I love it. I can’t even tell you why, but I love being here.

Neil (my husband) did really well during the race season and brought home lots of trophies and medals. He also became a dad for the first time and is amazing at it.

Omelettes – I have eaten more omelettes than I care to admit this year. They say on Slimming World, you start to despise the sight of eggs. All those omelettes helped me lose 40lbs this year.

Pregnant – I was pregnant for nearly five months in 2016.

Quentin – Neil suggested this name for our baby but there was no bloody chance.

Reds True Barbecue – the last restaurant Neil and I went to as a couple without a child. I can’t even remember what I ate now, but I drank a non alcoholic iced tea and when we were walking home, he made me laugh so much I was crying and holding onto the wall for support. Everyone was staring at me. I was ready to burst, they probably thought I was in labour.

SPD – I went off sick in January suffering with this. It lasted all the way until I gave birth. It was truly horrendous, I struggled to do anything.

Trump was elected President of the US in a shocking victory. The world became a darker and scarier place.

Unicorn_crap_cleaneats is the Instagram username of my friend Leanne. She lives on the other side of the country and we have never met, but she has been an amazing support to me this year. She’s always there if I want to moan/screen shot her and she is one of the funniest people I’ve ever met. She truly is my twinny. Thank you Leanne for being a great mate this year.

Vauxhall Children’s Centre is my local centre where we go to classes like Baby Babble and Music Rhyme Time.

Waddling – I have spent most of the year waddling around either pregnant or recovering from child birth.

Xerxes – The name of the eagle on an episode of Family Guy. I have watched more Family Guy and American dad this year than I care to remember and yes I am clutching at straws here to think of something beginning with X.

Yawns- I have spent about 10,000 hours yawning this year due to lack of sleep. It’s all been worth it though *yawn*

Zelda – spent a lot of January and February playing this game while I was off sick. It kept me sane. I had never been off sick before and it was really hard going from a million miles an hour to zero. This game kept my mind occupied while my body rested. It made the days go incredibly quick as well. I never did complete it.

SPD - I don't envy that in the slightest. Have you been fine since? I had it in my last pregnancy but not severely and interestingly its linked to DDH in babies which Erin had / has. Thanks for linking up and I hope 2017 is fabulous for you.

What a great way to review your year. Love it

great way to do a roundup of the year. Love the Y for yawns - with you on that one! #shareyouryear

Well done getting an X!x