Here we are once again, another monthly update is upon us. It’s so funny, when I come to write these, I always think, oh nothing much has changed and then when I get to writing, I realise I have a completely different child to the one I had last month!

Dex is still on twelve teeth but I am sure there are more to shortly follow. He has been really cranky for a while and sleep has been hit and miss. We see him poking his tongue around his mouth which is usually a tell tale sign that something is afoot and he has started drooling again with abundance.

I’ve put aside all of Dex’s 9-12 month clothes now and he is completely in 12-18 month clobber. His 18-24 month wardrobe is nearly complete ready for autumn and winter but he is not wearing any of it yet. He now has a new shiny pair of shoes from Clarks which are a welcome addition to his wardrobe. He wears size 5, (I’m told this is pretty big for his age) and we’ll probably go and get him measured again before he goes to the childminder’s in September. 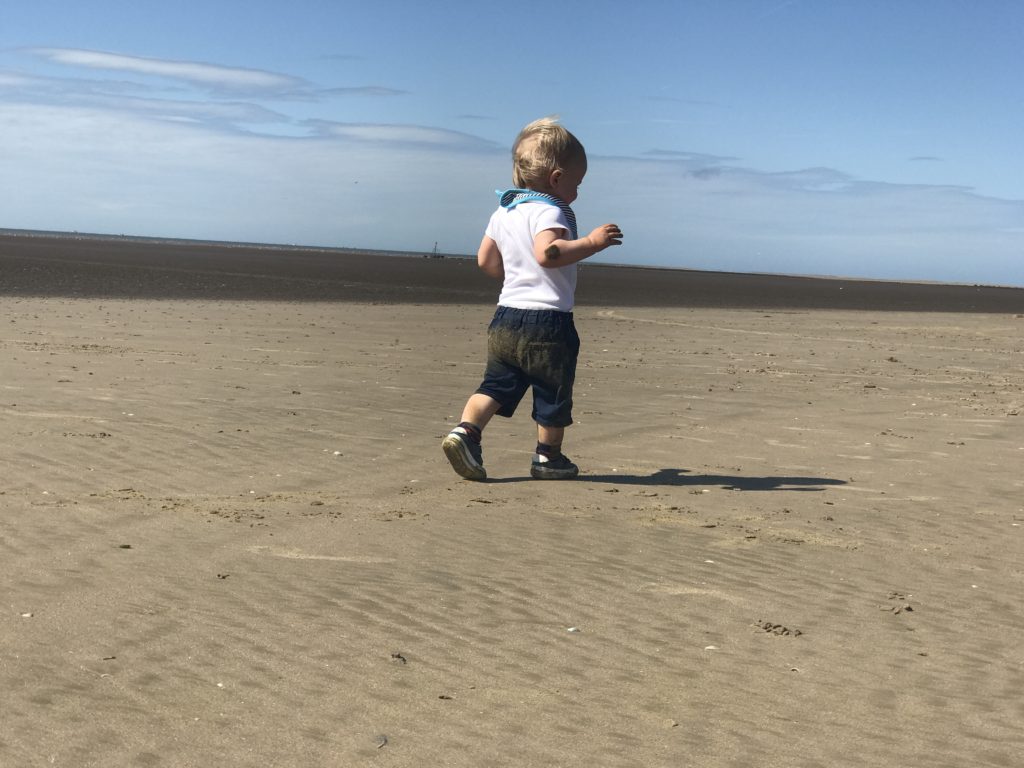 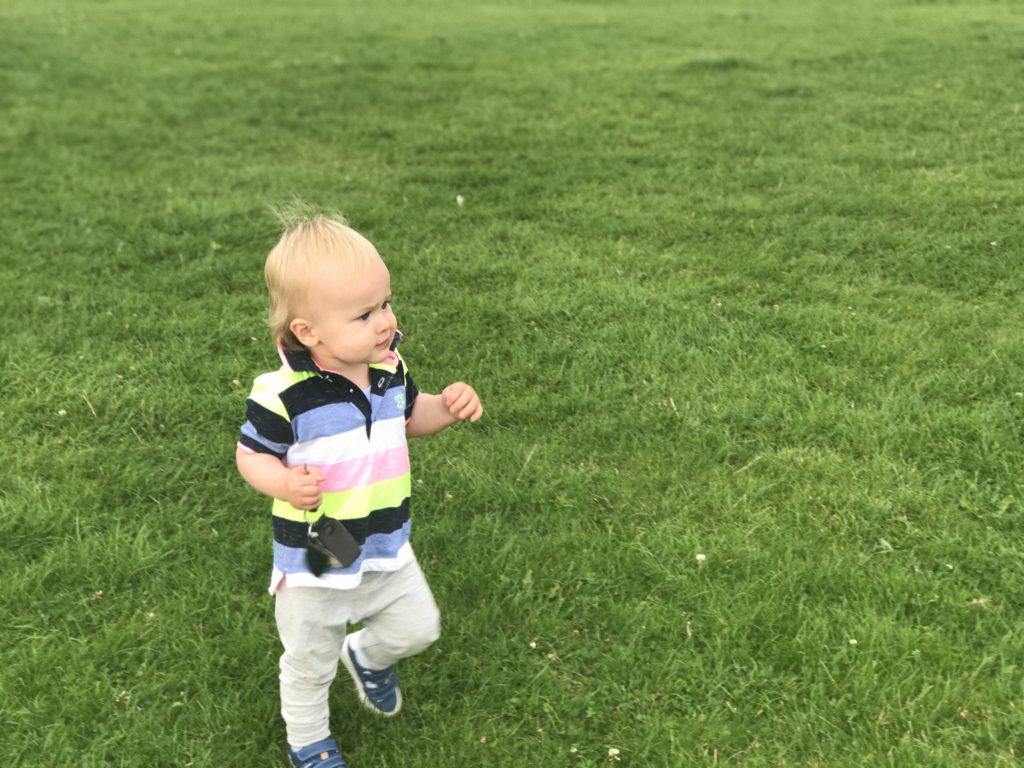 Sleep has been a mission over the past month. Some nights he doesn’t stir at all, other nights he wakes between 10 and 11pm for a little drink then sleeps through. Occasionally, he is up for a few hours between 1am and 4am. With daddy being off for his six week break, I’ve been lucky in that I haven’t had to deal with it too much. Some nights Dex just wants to play, other nights it seems as if he is pain. We just keep reminding ourselves that sleepless nights are completely normal and it is just a phase that will pass. Nap wise, he has been pretty consistent with just one nap per day. When I am at home, it’s usually a good two-three hour nap, otherwise it’s one-two hours minimum. He usually goes down for me pretty early, before 9am when I am off and sleeps until lunch. For Daddy, it’s usually a bit later (spending time with Daddy is much more fun!), more like 11am and goes on until after lunch. 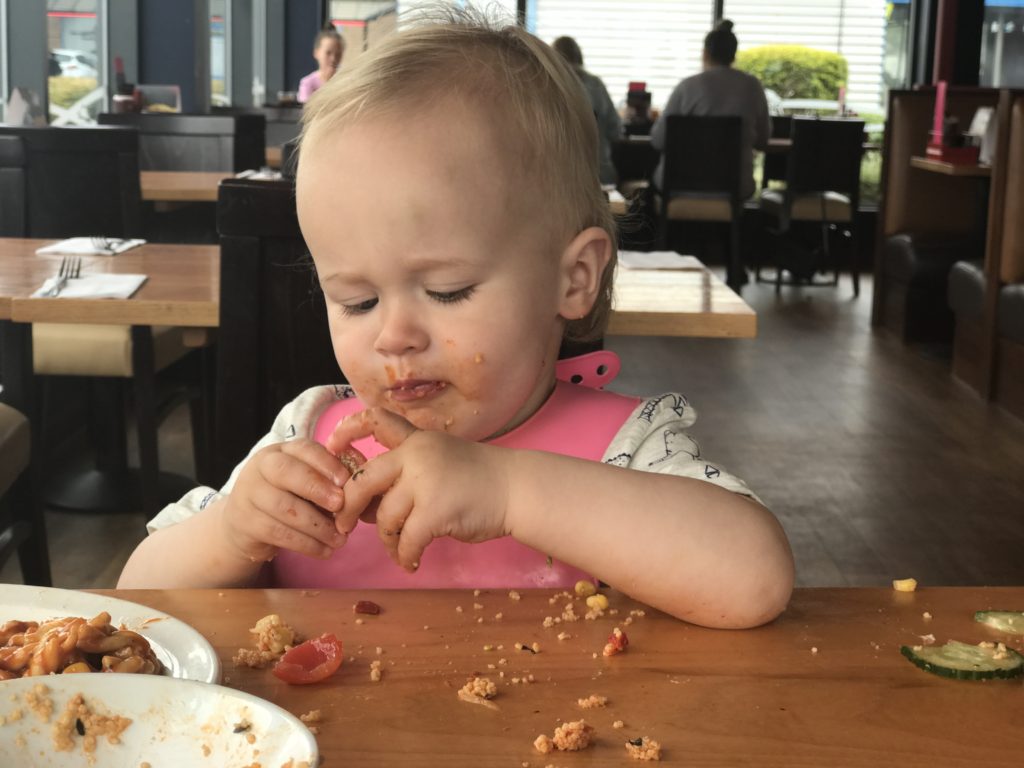 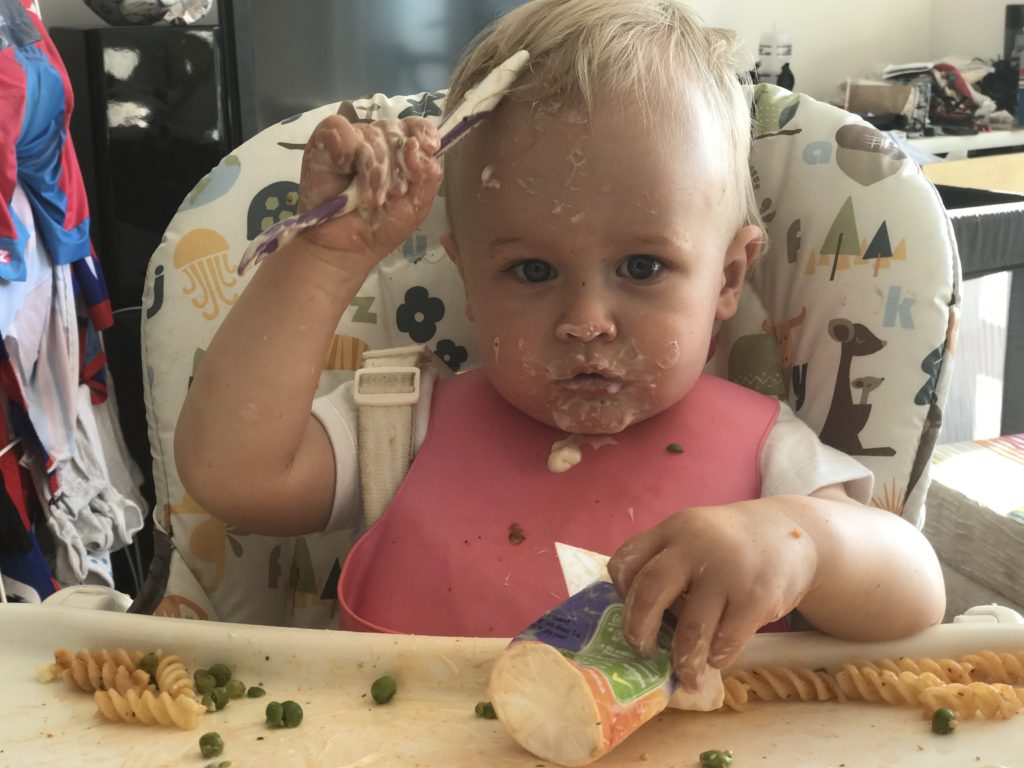 Dex is proving himself to be a right little snacker and has learnt how to open the fridge to grab whatever he fancies. He is a big fan of healthy choices- especially fruit and loves cheese. He has become a big milk drinker once more and has at least two full cups a day, although we try to limit it to a drink with breakfast and a drink before bed, with water in between. For breakfast he has toast/crumpet/croissant along with a fruit of his choice- blueberries/banana/satsuma. Lunch is usually a pasta dish with some veggies, a cheese and ham sandwich or an omelette packed with veggies. Dinner is whatever we are having which could be pizza, pasta, burgers, (wow, we sound healthy!) or curry. It is always accompanied with veggies and is always homemade so we don’t stress too much! His molars have hugely helped with his eating and he now demolishes things like apples with absolute ease.

I read a lot online that toddlers around Dexter’s age are saying words now. I don’t hear much from Dex but he may or may not be saying ‘hello’, ‘duck’ ‘banana’ and ‘orange’. To be honest though, he mostly just shouts and screams, pointing at stuff until we pass it to him. He is obsessed with empty cans of coke that he finds in the morning when he wakes up (after we’ve had a night raving in front of the telly!) and when we take them off him he screams blue murder. He loves watching CBeebies and Hippy and Hoppy on the TV and has started singing ‘Row, Row, Row Your Boat.’ 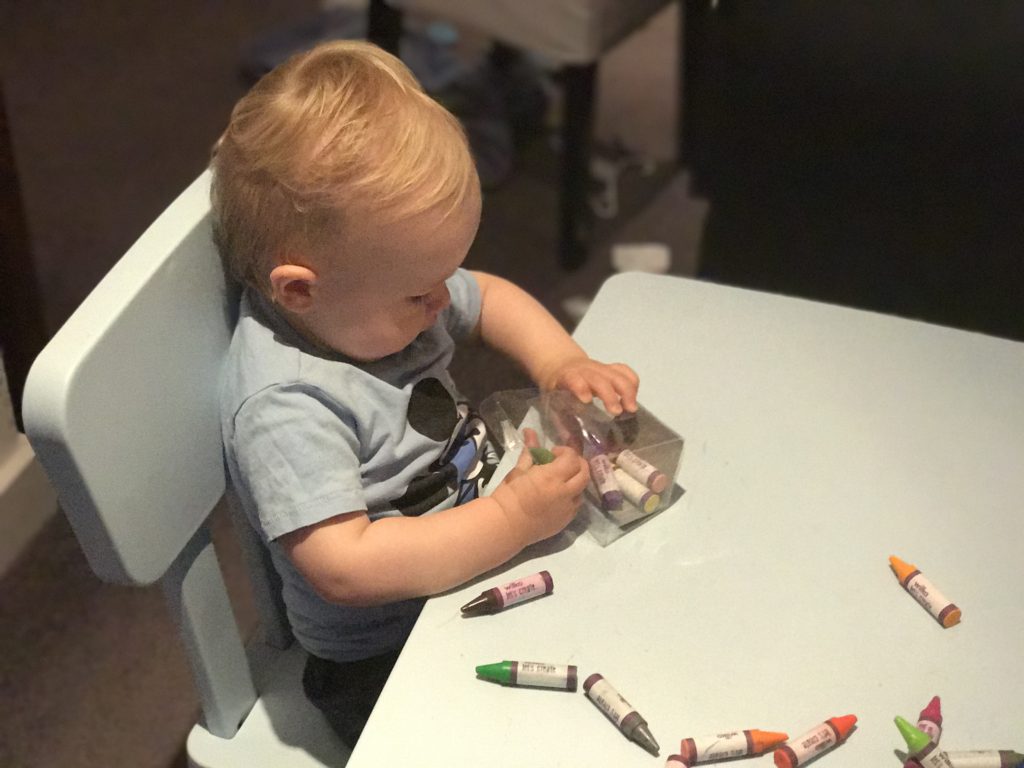 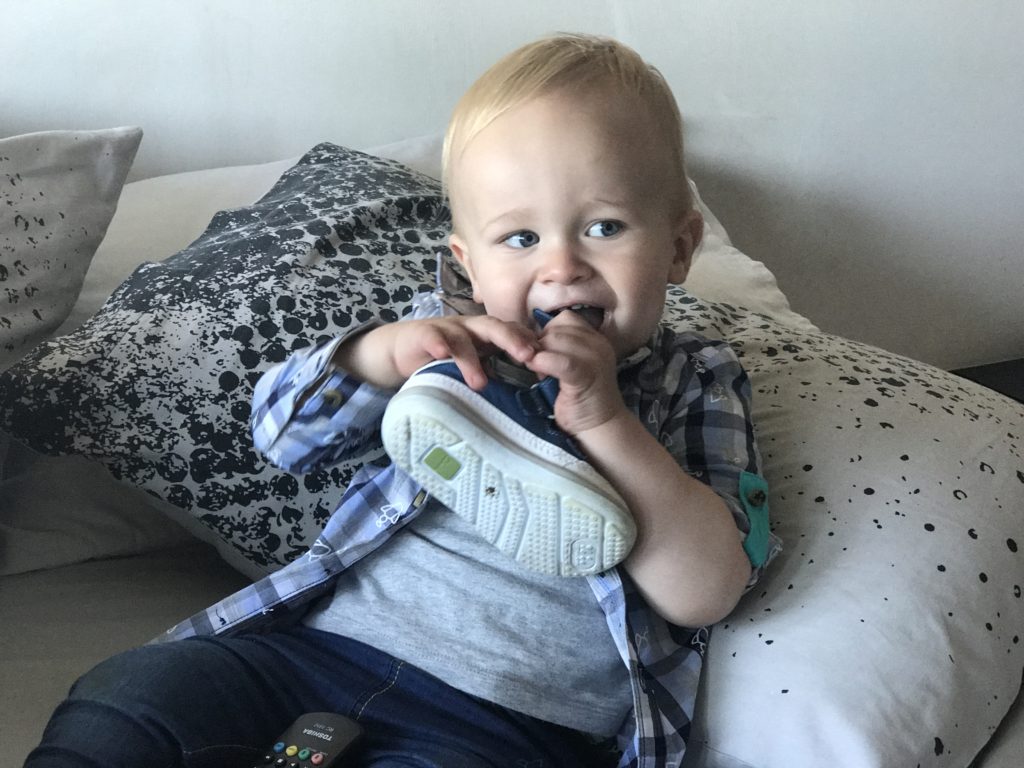 He is now walking around like a pro and needs no help whatsoever. He is so fiercely independent that he doesn’t even turn around to check we are following him. When we try to hold his hand he yanks it away as if to say, leave me be! He struts around the flat opening drawers, emptying them and then moving on to the next room. I’ve had to box up all my makeup in a tupperware box because he just kept emptying all the drawers in my dressing table. He loves trying to help us with the dishwasher and chasing the Dyson around the flat. Normal toys don’t interest him in the slighest; Dexter is happiest playing with a remote control, one of Daddy’s trophies or a plastic bowl.

What a grown up little guy he's looking now. It sounds like some HUGE changes in him - I love their independent streak, when did us parents become such annoyances to them!? Fingers crossed he goes back to a good night's sleep soon!