It’s been a busy week as always with trying to juggle being pregnant, having a crazy toddler to look after and working full time!

The biggest news from this week has been the stress of trying to book my 16 week midwife appointment. Usually after your 12 week scan you ring your surgery and they arrange it for you, however during my booking in appointment, my midwife told me I should just text her direct as my surgery no longer accommodated her.

This week I duly text my midwife as planned but I had no response. I left it a couple of days incase she was off, but nothing. I went to my notes and found the phone number of her line manager- again, no response.

I decided to ring my surgery and the response I got was laughable. It was as if I was asking for an appointment with the man on the moon. The woman on the other end of the phone was incredulous that I should be ringing my own surgery for a midwife appointment even though I insisted the Liverpool Women’s website said that was the normal way to do it. She gave me a telephone number and told me to ring it. When I asked whose telephone number it was, she asked me what I meant! I know I have a lot less patience when I’m pregnant but I was started to get really annoyed. I asked again, whose is this phone number you have given me and she replied, the midwife’s phone number and all but hung up on me. 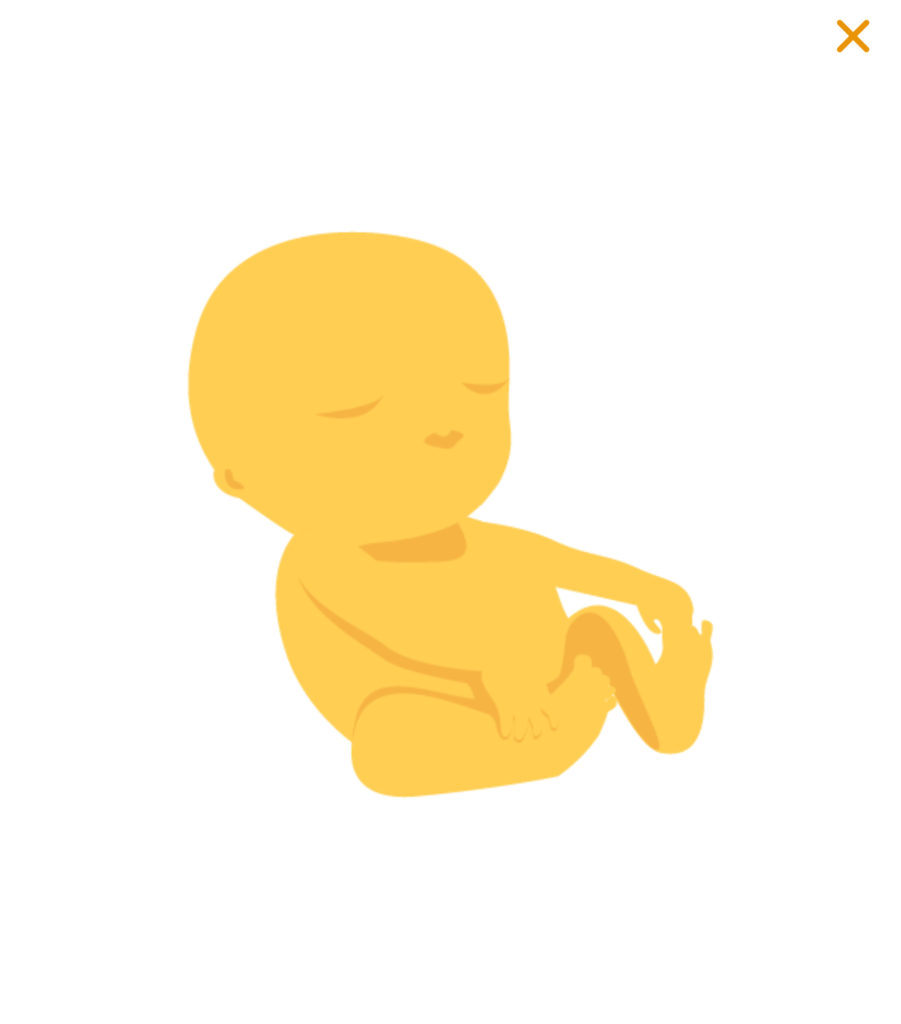 I rang the number as instructed and quickly realised by the automated message it was Liverpool Women’s Hospital’s phone number. I pressed 1 to be put through to antenatal appointments and a young man answered the phone. I explained I’d like to book my 16 week midwife appointment and he laughed and said I was to ring my surgery. I tried not to swear. I explained as calmly as I could that they didn’t know what I was talking about and the midwife had said I was to text her but she was not responding and he gave me the community midwife office’s phone number.

At this point I received a text from the line manager who was listed in my notes and she said my midwife was off sick and she was no longer her line manager anyway so there was nothing she could do- very helpful. I rang the community midwife office number and explained the situation to the midwife who answered the phone. At first she told me to ring my surgery and I nearly lost it again. She then gave me the phone number of a midwife called T and I rang her and left a message. She is yet to get back to me so hopefully by my next update I will have my appointment sorted! What a bloody palaver! 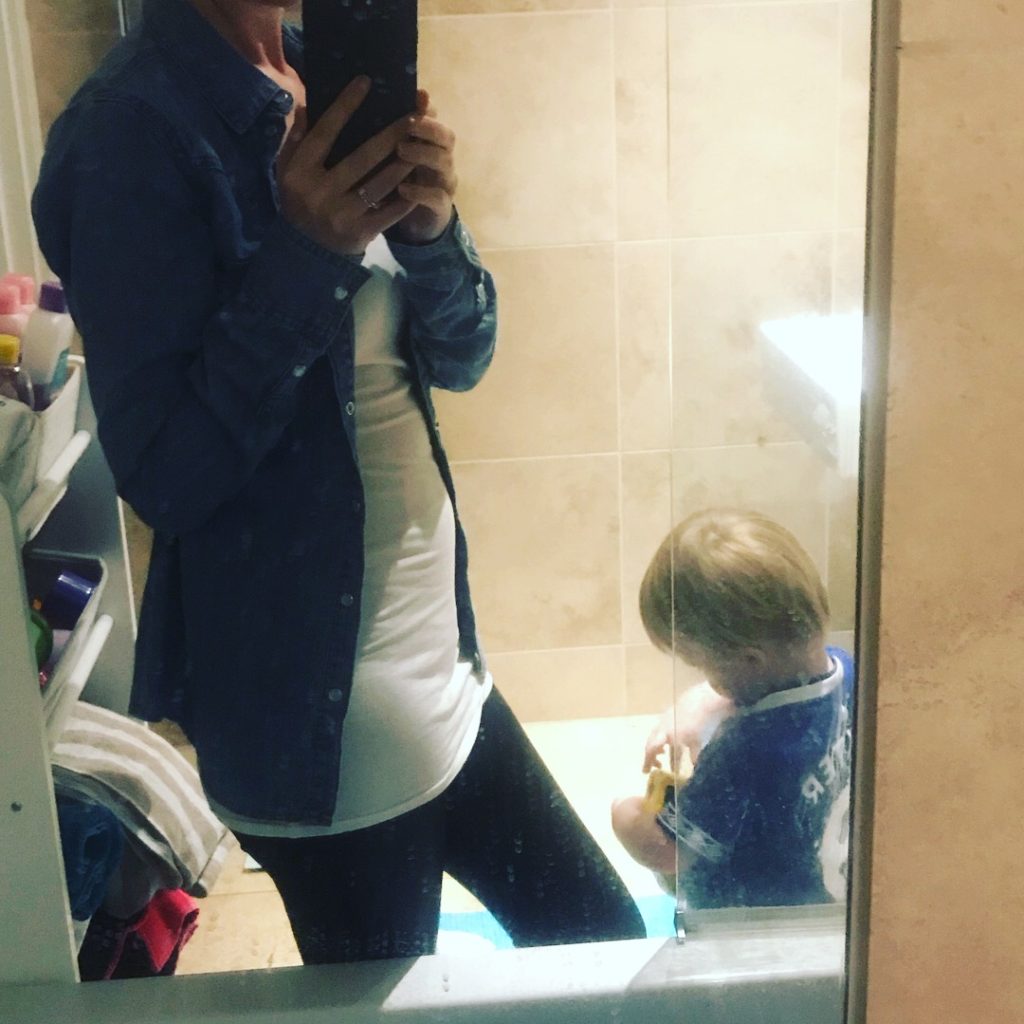 Symptom wise I’ve been feeling pretty good: no sickness, minimal dizziness despite the heat and my pelvic pain has been manageable although the lift in our building is now broken again so god knows how long that will last. Apart from having little patience with midwife I think I’ve been controlling my moods quite well, although I’m not sure my husband would agree!

I have only put on a couple of pounds since I got pregnant but my belly is definitely expanding and this week it was time to invest in some work maternity trousers. They’re under the bump ones and sit very comfortably under my bloated belly instead of digging in like my old ones! 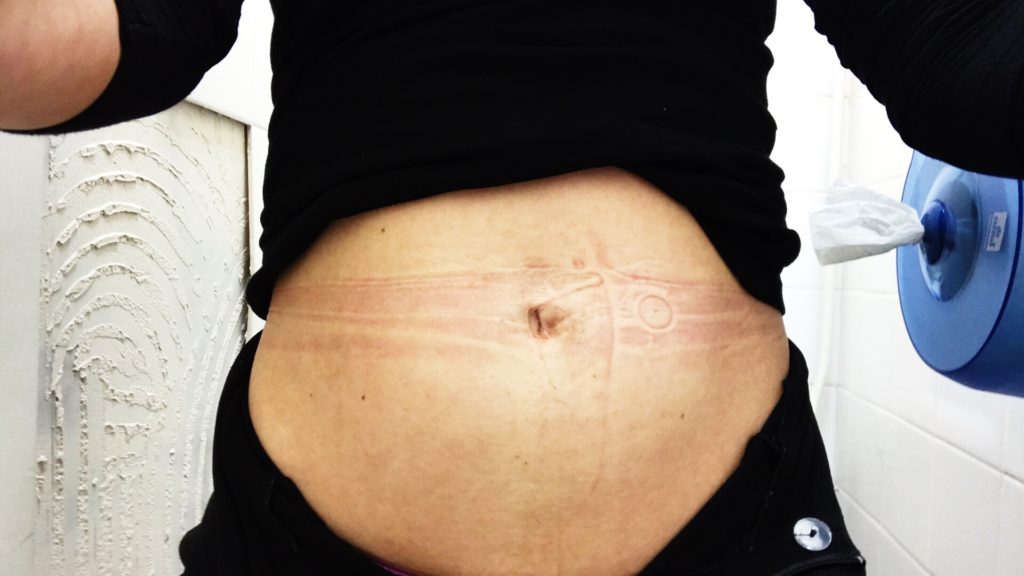