People regularly compliment us on our choice of name for our son. It wasn’t an easy choice and in all honesty neither Dexter nor James was on our radar until the final week of pregnancy.

We didn’t talk about baby names until we had our 20 week scan. It was at this point that we found out we were having a boy and I said that my husband could have the final say.

At first he was adamant that we call the baby William but after a little bit of discussion we agreed that we wanted something  different as our surname is so common. I was very keen on choosing a foreign sounding name, my favourite was Luca but hubby was not up for that at all.

In February we wrote a list of names on a blackboard and practised saying them over a number of weeks. We had Lincoln, Oscar, Sebastian, Harrison, Rupert, William, Quentin, Alfie, Albie, Theodore, plus a load more that I can’t even remember now.  I had had a dream that the baby was called Rupert which we both loved but we worried that it was a little too ‘out there’. 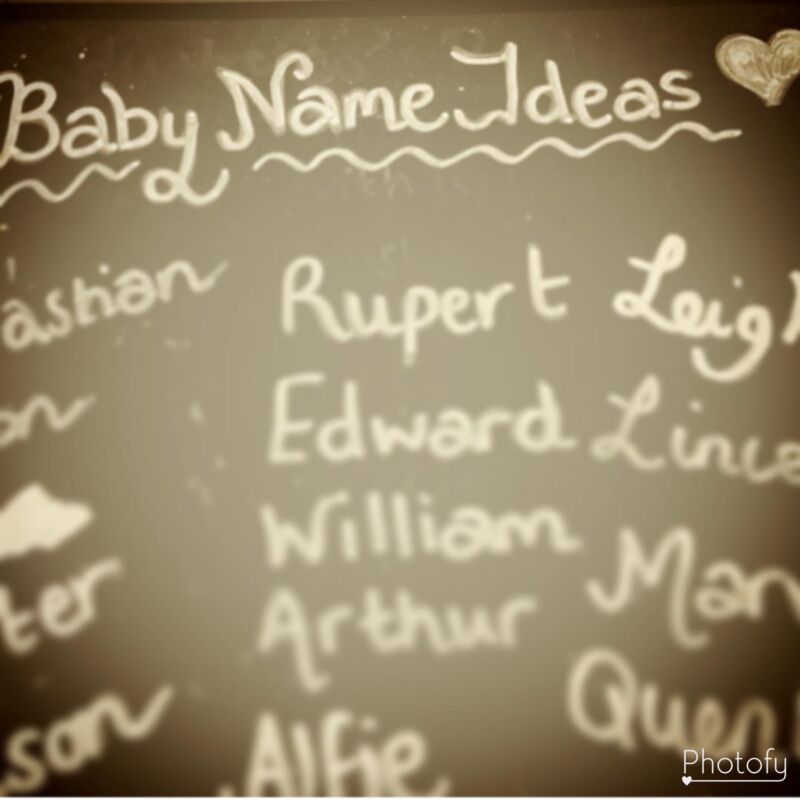 By the end of April, in my mind the baby was called Oscar but I still couldn’t pin my husband down to a definite decision. Then, the week before I was due he blurted out “What about Dexter?” Straight away, I was all for it. “Dexter James” Then doubt set into both our minds. Was it too strange? Would people think of the serial killer from the programme of the same name? I put it to the back of my mind.

The day I went in to labour I sat on the couch while Neil went out to get a sausage sandwich and wrote on our blackboard, Welcome Home Dexter James Hughes, love Mummy and Daddy. When Neil came home and saw it, he seemed really happy but we still weren’t 100%.

After Dexter was born we were put in a side room while I did skin to skin and we talked back and forth for a minute. We really loved Dexter but we were still scared. What if our families hated it? Looking down at our tiny newborn we knew it was the perfect fit so we bit the bullet and rang our families. I’ll never forget that Neil rang his dad and told him that we had named him Declan!

For a few weeks we weren’t sure where James had come from. Then we realised we had been watching a lot of Rick James / Charlie Murphy sketches on YouTube and we had been quoting one line in particular to each other time and time again: I’m Rick James bitch! I guess it had really got stuck in our head. Either that, or we named him after our brother-in-law Jim.

How did you choose your baby’s name? Did you decide early on or were you last minute like us?

Me and rob came to a mutual decision on the name Logan pretty much after the 20 week scan!

We also choose quite out there names, Maimus and Kaiser. We got a fair bit of stick from our familys for both of them but we did'nt care there our kids nobody elses. :)

There's only one Billy Hughes!