It’s been just over a week since I returned to work after maternity leave. This return to the workplace is a little different from the first one, because I’ve started a brand new job in a totally different role to the one I was working in before.

I wrote a post at the end of last year about how I had decided to accept voluntary redundancy from my old job, and not long after my official last day, I accepted an offer for a job in digital marketing.

My new job is a dream come true – it’s local to my home, I’m doing something that I’ve wanted to branch out into for years (but had no idea how!) and I get to work with a talented bunch of people who are teaching me new things every single hour that I’m there.

It’s been hard though. Really hard.

It’s weird, last time I seem to remember dreading returning to work after mat leave, but loving it as soon I was back. However this time, I was really looking forward to it, but now I’m in the thick of being back to being a full time working mum, I’ve had a few wobbles about how on earth I’m going to cope.

Of course, I’m pretty certain it wasn’t all plain sailing last time I returned. The memory is a funny thing and always seems to have a habit of only letting you remember the good doesn’t it? Either way, here are some of the things I had totally forgotten about that have had me wobbling a bit over the last week. 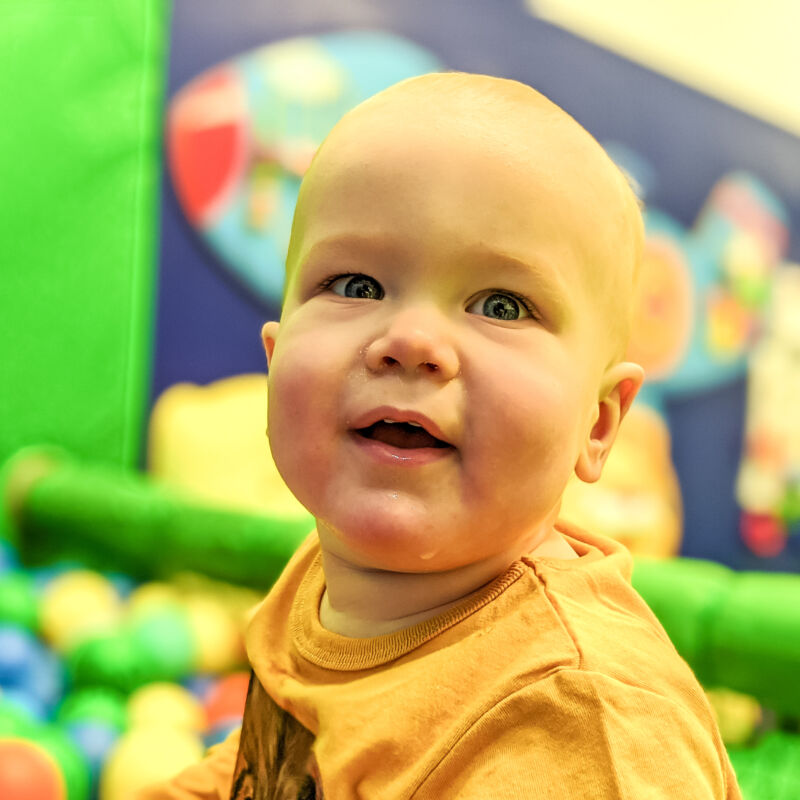 I’ve made no secret of the fact that my boys have always been good sleepers. Felix will have two naps a day of 2-3 hours each and sleeps twelve hours at night. Apart from a bit of a struggle at four months and a couple of bad months during the 8-10 months sleep regression, he’s been the perfect baby when it comes to sleep.

Naturally, now he’s at nursery – he does not sleep. At all. He manages an hour with them during the day and then by the time he gets home, he’s so overtired he won’t go to sleep. He is then waking between 2-4am for anything up to three hours, wanting to mess about and play,a screaming his head off if he’s left. I don’t know how we’re functioning. But we are. Just.

The worst part for me is that I already feel like I’m a thicko in this new role as it’s so completely new, and the lack of sleep makes my brain process things even more slowly. I’m afraid I look ridiculous when people ask me to do things and I look at them blankly and I worry they think I’m simply an idiot or this job is not for me. I really, really hope his sleep settles down soon so I can go back to being on top form. I do not do well without my precious sleep!

The heartbreak at leaving them at childcare

On top of starting a brand new role, the boys have had to start at a brand new childcare setting because of circumstances out of our control. We had a childminder before, but decided to opt for a nursery this time, despite my reservations. Dexter skips in most mornings, although he tells me he doesn’t like it, however Felix cries when I leave and clings on for dear life.

I have no doubt that the girls looking after the boys at the nursery are doing an amazing job, but the guilt and the heartbreak I feel when I have to leave the boys is unreal. I have to force myself to open the nursery door and not run back into their rooms to get them. They’ve both been spoiled over the last twelve months having so much time at home with me so of course I feel guilt about that too.

How quickly a day passes by

I loved being off on maternity leave this time and had a totally different experience to my first maternity leave. The days seen to pass by quickly and I enjoyed every single day, but the time passing quickly was nothing compared to time passing by when I’m at work. Some days I look up because my colleague has suggested lunch and am horrified to see it’s past 2pm! How on earth time can pass that quickly is beyond me, but is obviously a good thing! 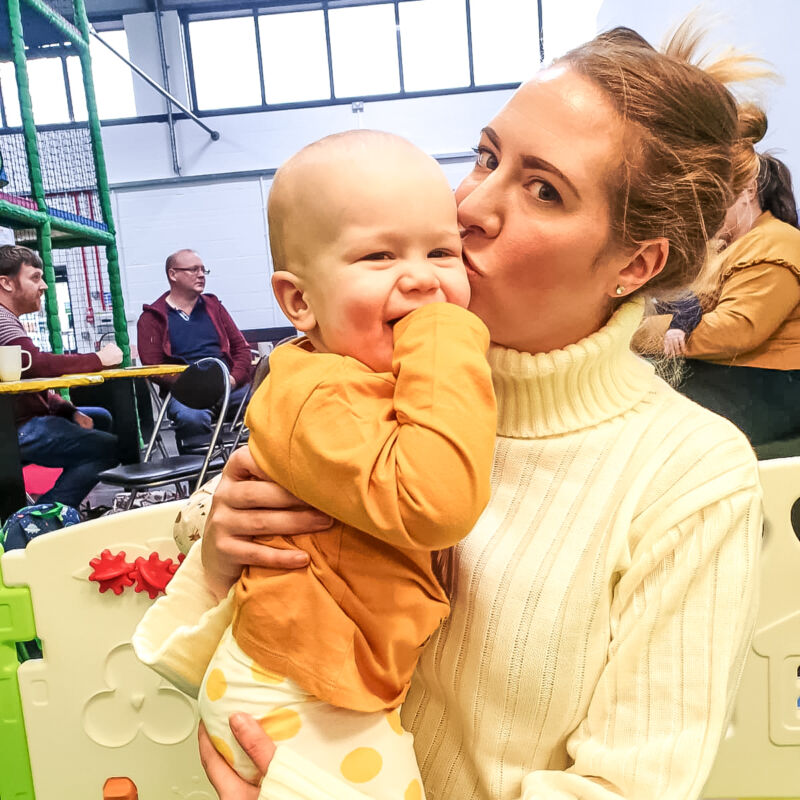 By Tuesday on my first full week, I was lying on my bed crying, wondering how the hell I was going to make it to the end of the week. I’ll be honest – although I’ve worked full time for eleven years – I’ve never worked five days in a row during that time because I’ve always had the option of working Saturdays.

I felt so exhausted and sad as the realisation hit me that maternity leave was over and this was my life now. It doesn’t help that it’s a rubbish time of year, leaving the house in the dark and coming home in the dark. However, once I’d got Wednesday out of the way, I turned a corner – it was nearly the weekend. Thursday I was in much better spirits (despite having had the worst night’s sleep of the whole week) and by Friday I was so pleased I had simply survived. 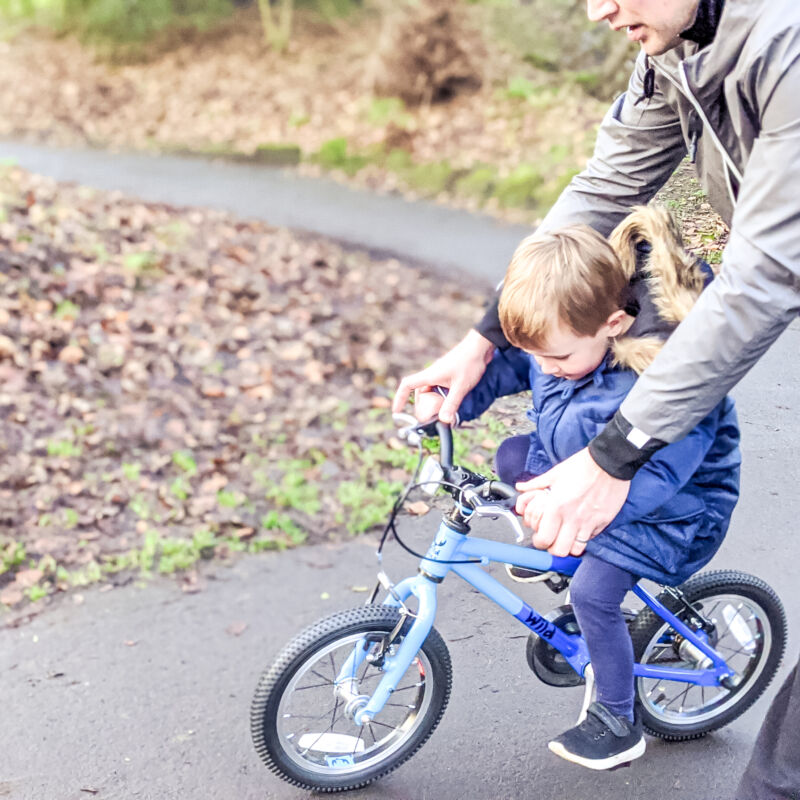 As hard as it’s been, there’s been plenty of positives too and it wouldn’t be fair to leave out the good bits in this post. Returning to work after maternity IS hard, but there’s so much to celebrate.

Although I got out and about during this round of maternity leave a lot more, it’s still amazing to be back in the workplace having adult conversations. Whether it’s discussing the latest Netflix show or finding out what people got up to at the weekend, I love listening to the chatter and joining in. (When my head isn’t totally mashed with whatever it is I’m doing)

The hot drinks and peaceful lunch

It’s been incredible to drink as many hot drinks as my heart desires and having half an hour each day to eat my lunch in peace. I’m also enjoying not having to prepare meals several times a day for the boys!

I’m not quite at pay day yet, but the biggest bonus of going back to the workplace is definitely the money! It’s been a difficult twelve months of having to be careful with money and it feels good that we can now relax a little bit – plus start making some over payments on our mortgage!

Going back to work has been exciting, scary, anxiety-inducing but overall, as hard as it has been for the first week, I couldn’t be happier. I know we all need to take time to get used to the adjustments and once we do, we will all be fine. Sometimes, when you’re in the thick of it, it can seem like there’s no light at the end of the tunnel, but I know deep down, that I’ve done this before and I can definitely do it again.