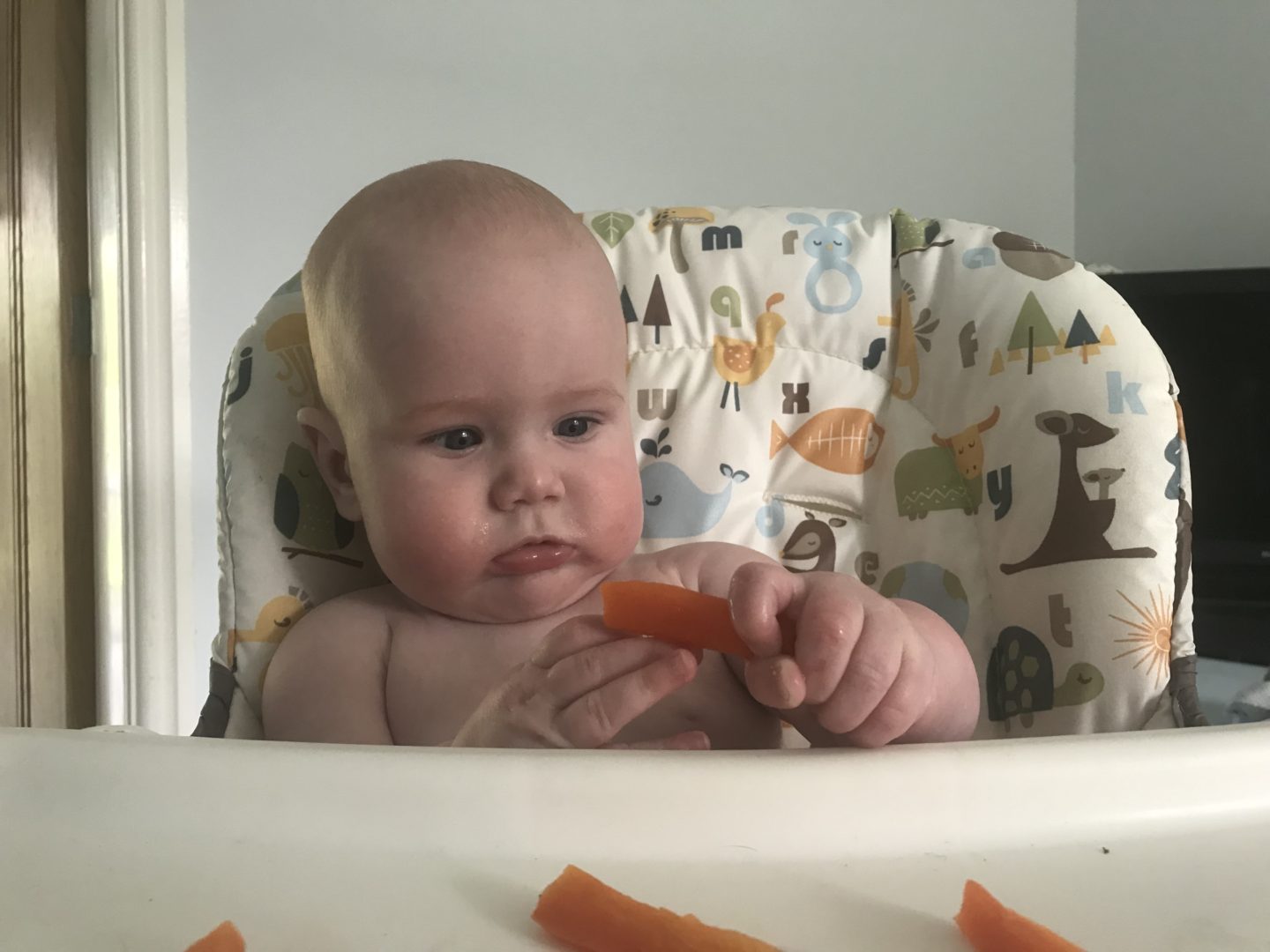 It’s been a week since we began the weaning process with Felix, but it’s not been the successful start we envisioned and experienced with Dexter. It has been a struggle to get him to pick up the foods we have offered and we have even resorted to trying the odd purée here and there, but even those he turns his nose up to. This is what our baby led weaning first week looked like.

I decided for the first two weeks we would start with single vegetables to get him used to all the amazing veggies on offer. I have carefully steamed or roasted each vegetable until soft and I have offered him finger shaped pieces that he theoretically should be able to pick up himself from the highchair. The majority of the time, he has been too tired, too distracted or simply totally uninterested.

By Sunday, I decided to try something savoury to try to understand if it was the veg he was rejected or just food in general. The baby pancakes I made on Sunday morning were also pretty much rejected, so I felt even more deflated.

Later that afternoon, we went to our local pub for a roast dinner for Father’s Day and we sat Felix in one of their Ikea highchairs while we ate. I offered him a few peas, some carrots and some cauliflower on his tray and he had a real good go at playing with it and trying to bring it to his mouth. He seemed so much more upright in the Antilop than he did with our Joie Mimzy Snacker so we’ve decided to buy the Antilop and see how we get on with that going forward.

As the first week comes to a close, I do feel a small sense of frustration, but I know the right thing to do is to keep offering foods and try to remember every baby is different. Yes, Dexter was demolishing everything I put in front of him at this age, but I have to remember, Felix was nearly two weeks early and he’s always been slightly behind Dexter in terms of development. Hopefully we will see a change with him getting a new highchair.

Have a look below for all the food we offered this week and how we served it and give us a follow over on @felixledweaning for up to date instastories and grid posts.