I love having omelettes for my lunch and they have been my go to staple since I’ve been doing Slimming World because they are filling and can be syn free. When I first made these we hadn’t yet tried egg, but I was keen to introduce it to make sure Dex didn’t have an allergy. I decided to start with a simple baby led weaning omelette recipe. Omelettes became one of Dexter’s favourite meals as our baby led weaning journey continued. We made them adding all sorts of ingredients and he’d eat up every last crumb!

To begin, I heated a frying pan on the hob on medium heat.

I used Fry Light to grease the pan, but butter or any other oil will do. I also preheated the grill. 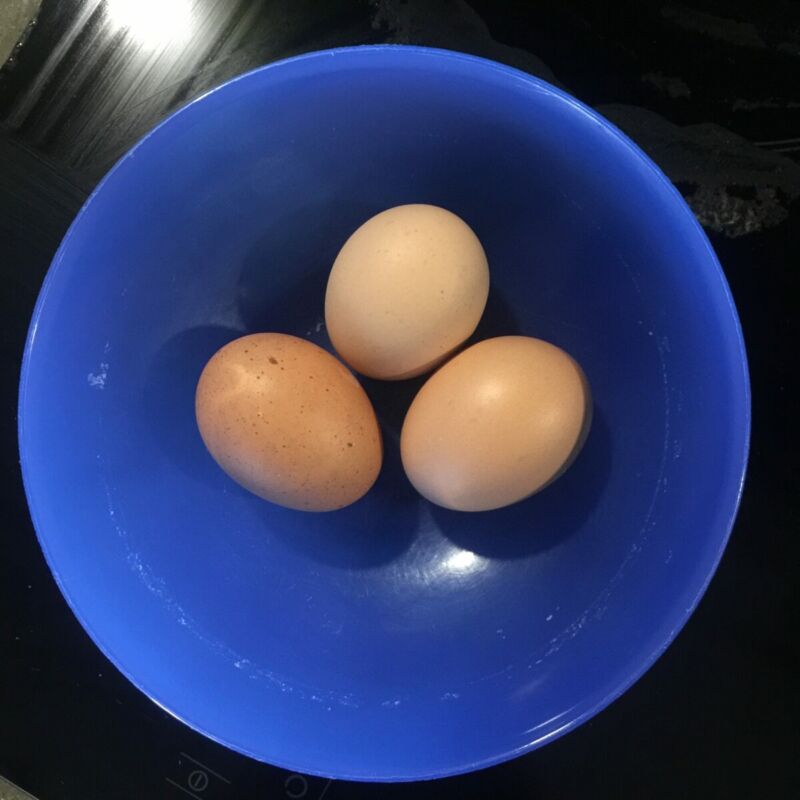 Next, I cracked three eggs into a bowl and whisked them with a fork until the whites and yolks were combined. I also added a little pepper and basil for taste. (I am a big fan of using herbs and spices in cooking, even for baby led weaning recipes)

I  grated around 1 cup of cheese and added half of it to the egg mixture before pouring it into the pan.

It cooked in the pan for three minutes, until the edges started browning. Then I put the rest of the cheese on top and bunged it under the grill for three minutes. I wanted to make sure the eggs were fully cooked. Baby shouldn’t have any runny eggs before 1 year old. 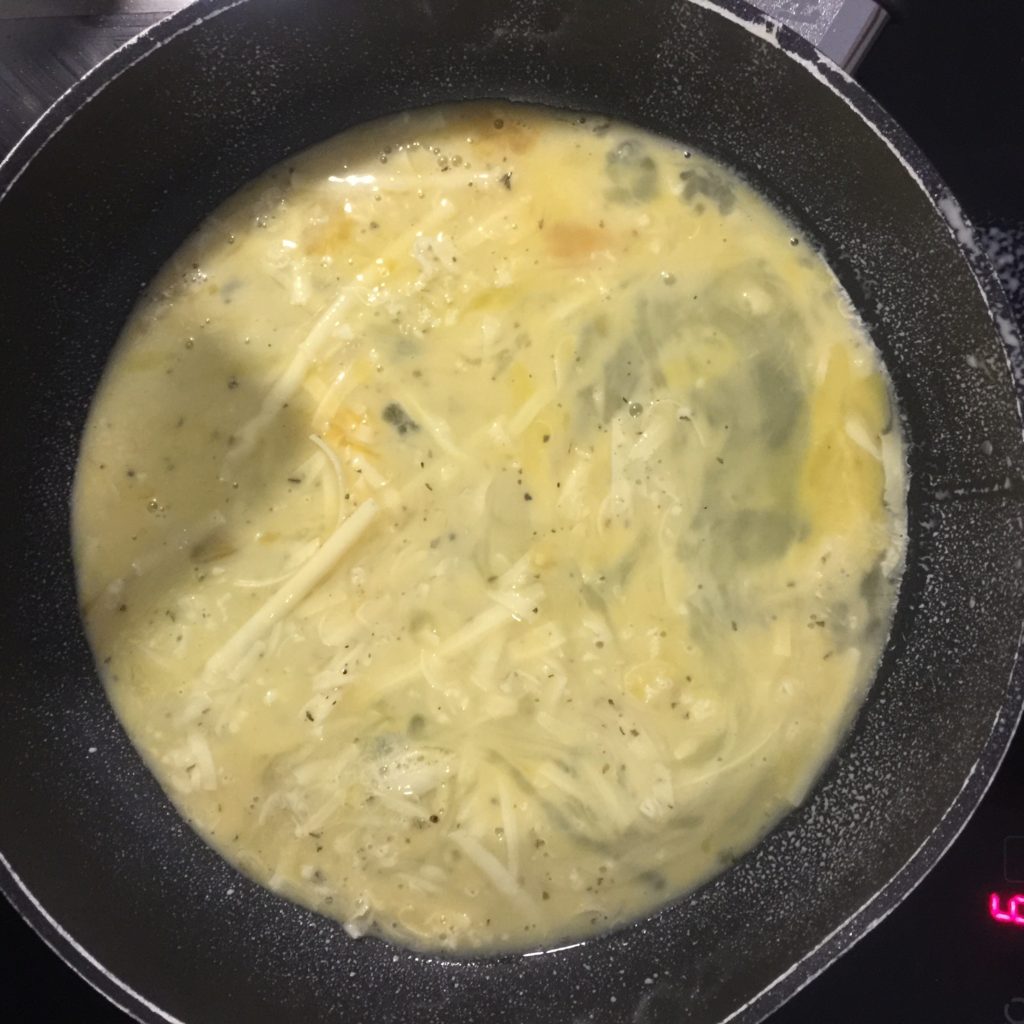 Once it was cooked, I put it on my chopping board ready to cut up into finger sized pieces. I then transferred it to my Munchkin White Hot plates

until it was cool enough to offer to Dexter.

Dexter enjoyed picking these up and shoving them in his mouth, although he got a little frustrated towards the end because I think they weren’t going in fast enough. Lesson learnt- don’t offer food too close to bottle time. It amazes me that he is able to pick up smaller pieces with his pincer grip and yet, the bigger pieces he struggles to get in his mouth! I was even able to have a bit of omelette myself as he ate, and ensured I exaggerated the chewing movements while I was eating. 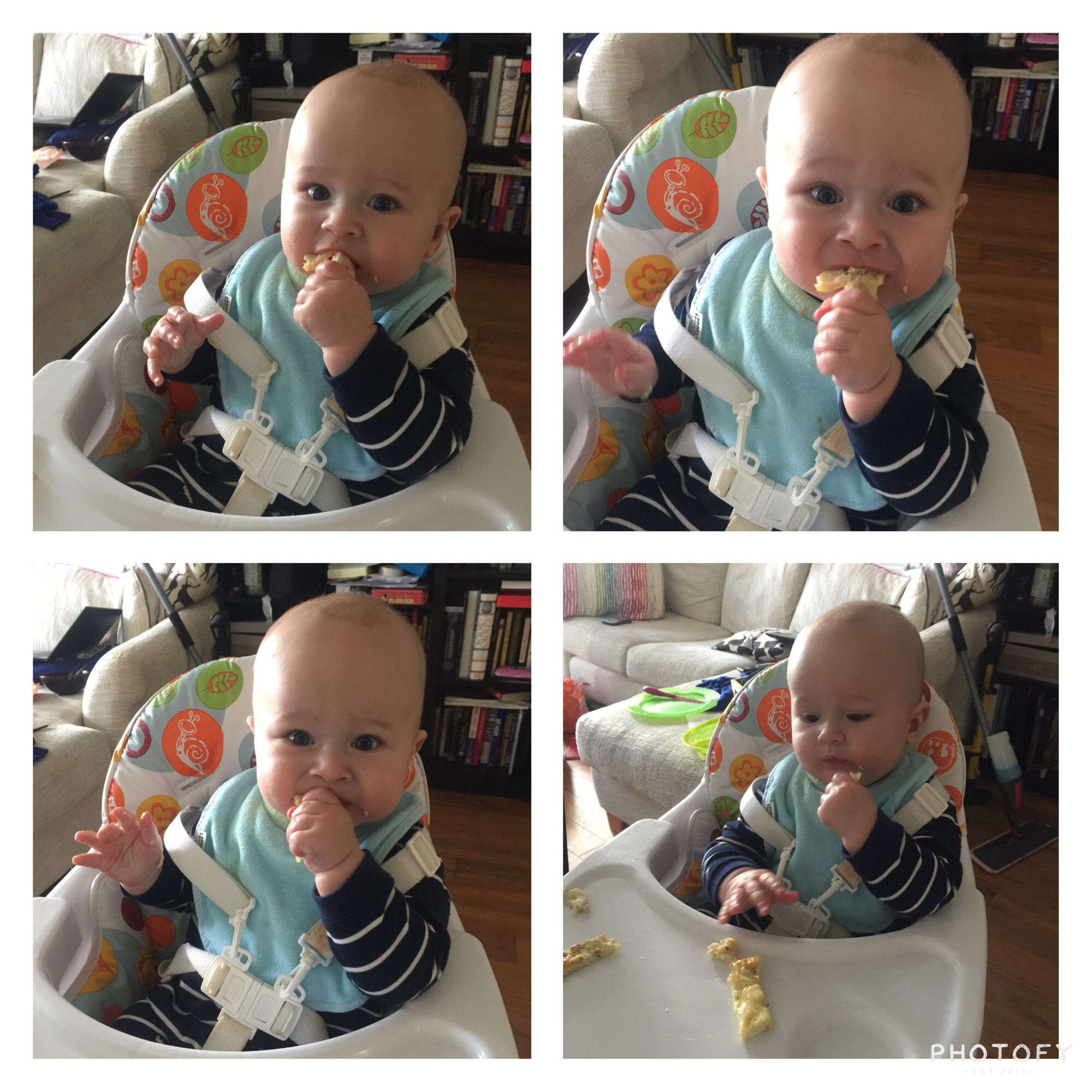